Here’s a thread for 2023 resolutions. Last year’s one was really useful for me but i still have plenty to get done. Feel free to add your own targets for the year below and remember to keep us up to date with progress!

If I get through these I’ll add more, but i think this is quite a lot to target for the year!

First on the list is to finish up my 2022 projects.

Projects that I want to get done in 2023 are:
For painting:

For gaming:
Use each of my painted armies/collection/bunch of stuff for a game at least once.

That will require, at minimum:

I expect that Gaslands and the Vikings (last on the 2023 list for painting) will be the challenges.

In a little more detail, the current plans are: 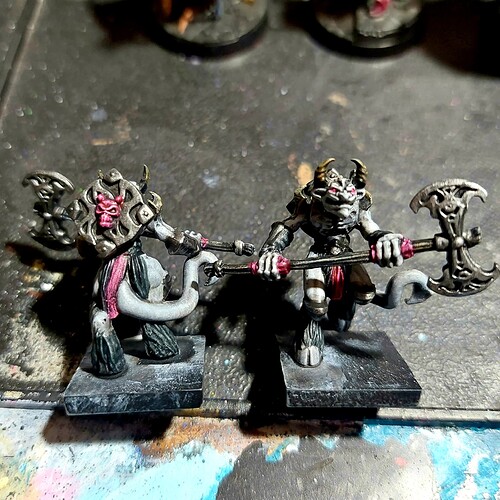 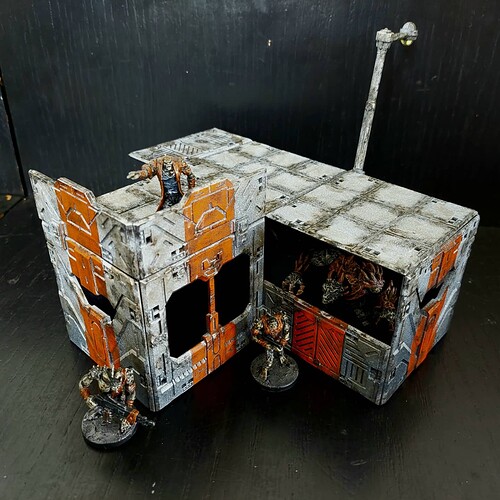 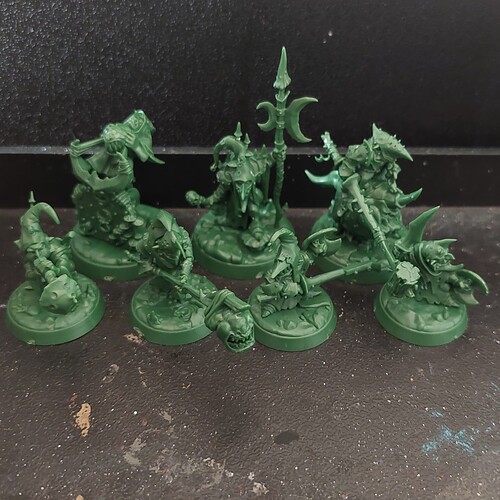 So that’s basically what i want to paint. But realistically, with the kids including a 1 year old to look after, i think I’ll be lucky to finish just a few of those.

The main resolution or the main goal for me this year is to get a bloody game in and attend an event or two, last years gaming plans were flushed down the toilet due to other commitments and work etc.

Other goals are to quietly get on with painting and basing my remaining Undead and maybe repaint some of my EoD.

“The best laid plans of mice and men, struggle when confronted by toddlers” or something like that!

I agree with aiming high - even if you dont quite make it you should be happy!

Gaming goals are great , as they oftwn give you a deadline for a painting goal too… Register for an event and aim to take your repainted EoD!

Maybe a goal of not embarassing the rest of us with your productivity!

Opened the door to deadzone? Careful, you could get sucked right in through that door!

New projects tend to proliferate wildly for me, but I’ll be happy if in 2023 I can get these done:

Gaming-wise, I’ll be attending as many tournaments as my schedule allows, per usual, which is usually 3-4. I’m tempted to finally go to Adepticon but March is a bit too soon for me to start planning a 2023 trip out to Chicago. I’m also running another season of my Blades in the Dark campaign and would like to run a second game of something, probably online with my brothers / brother-in-law who don’t live in the same time zone as me.

EDIT: I forgot that some of my clubmates want to resurrect Mordheim once again, so I might be printing and painting a Mordheim gang too

Maybe a goal of not embarassing the rest of us with your productivity!

Possibly the scheduled events might steer my painting a bit - my normal approach is build lots of stuff and scrabble around making an army out of it for a tournament - i may actually plan and build a list this time?

Holy moly that’s a lot of stuff to paint - all sounds great though! Keep us updated as you go, you’ve got your fingers in a lot of pies!

I’m hoping to push my hobby skills with this project, incorporating each multibase into a large diorama style display board of an Undead force mobbing an old farm town.

Have I finished my 2022 goals? Not yet, but its fine they’ll end up finished some time.

My 2023 goal? Honour the “words of the year” of 2022 and go “Goblin Mode”, aka work on my Halflings and Humans. They aren’t individually strong, but there’s a lot of them, and they have big guns. Fantastic.

I also want to set up my own game room this year, if at all possible.

Didn’t join this topic last year and regretted it so here we go for 2023!

(1) I’ve started my Halfling army before Christmas - thanks to a TT combat Kickstater earlier in the year. I’m just completing the sixth foot regiment and now need to start looking at the ten plus cavalry regiments still in packaging. I’m finding even the thoughts of this a bit daunting.

(2) Start my human faction army. Already got a lot of miniatures in the form of six Perry Agincourt plastic boxes (240 foot

(3) Go back on my Undead, Elves and Goblins to add extras - or at least quantify what could be added. My Dwarves are good - I painted 15K+ of them by accident.

(4) I’ve got about 300 Battletech miniatures from the Clan Invasion Kickstarter to paint. Looking at panel lining tutorials lately so the bug to start panting them is building. I need to find a game group to spur on my painting. BT is my true game love and Battletech PC games are just a pare shadow of real TT Mech combat.

(5) Got a few Wild West skirmish rulesets last year. Still pondering that as a side project.

. Young kids suit painting but not getting TT time.

My gaming goals for the year are modest compared to some of yall. I simply want to get more games of armada and kow in, especially with my now 13yr old. Time is difficult to find and it is ever expending itself. I think my focus wil be mostly on ambush for the sake of time. Painting will come eventually haha.

Very worthy goals! It’s not a competition (luckily for me!)