Continuing with the painting topics but also following the suggestion from the forum admins, I am starting a fresh painting topic every 3 months.

I thought that after a year of doing so it may be a good time to create a new theme for April, this time focusing on armies. Some of you have already painted a number of regiments for your armies, perhaps it is a good time to showcase them!

Of course, this is just part of the topic. Feel free to post photos of any of your models and let’s continue the great series of the painting topics! 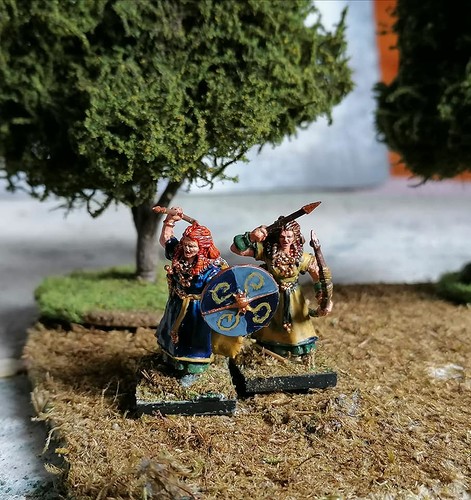 Soul reaver unit done, plus an army shot so far. 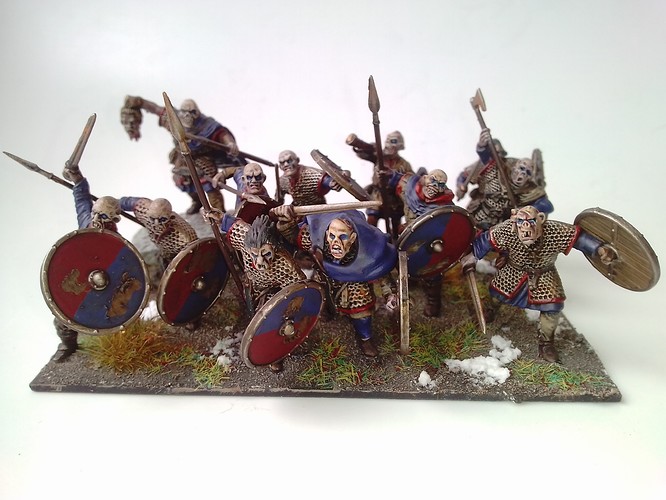 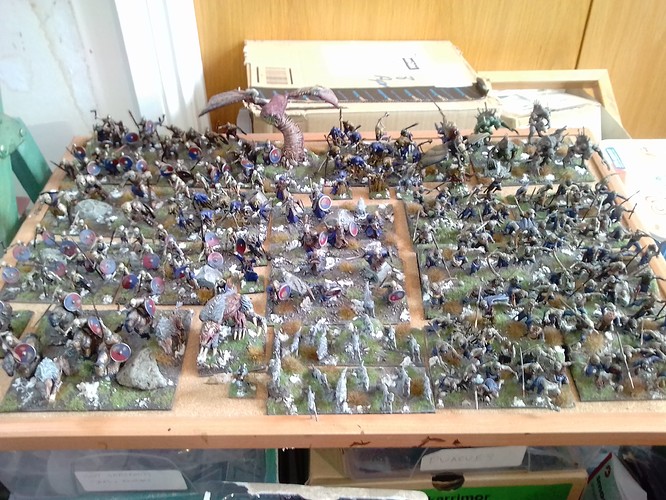 loving the flaking paint on the shields

Cheers - just distressed them a touch with a mini dremel and seems to have worked OK.

Gonna paint some ratkin and goblins! 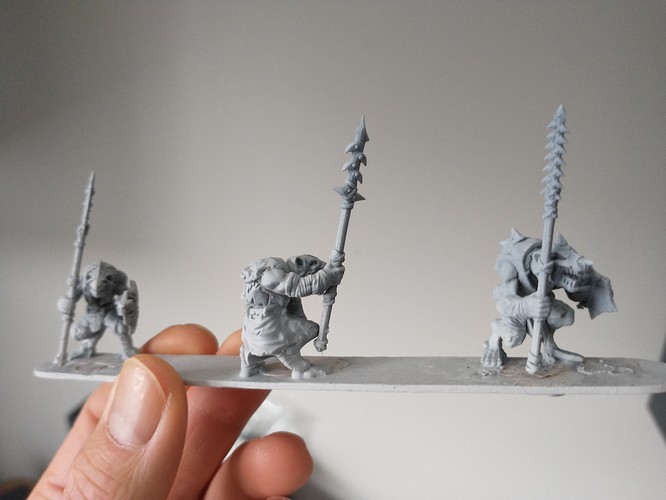 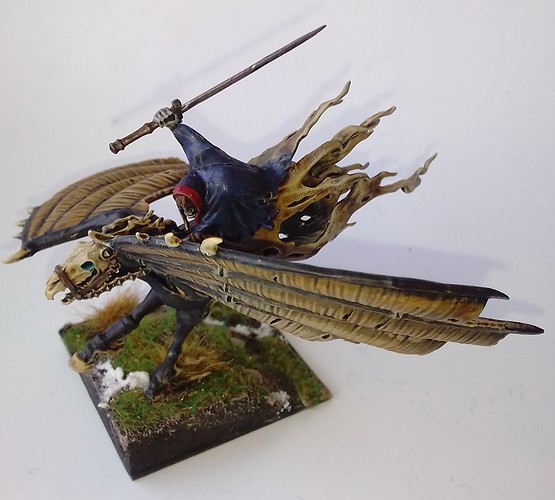 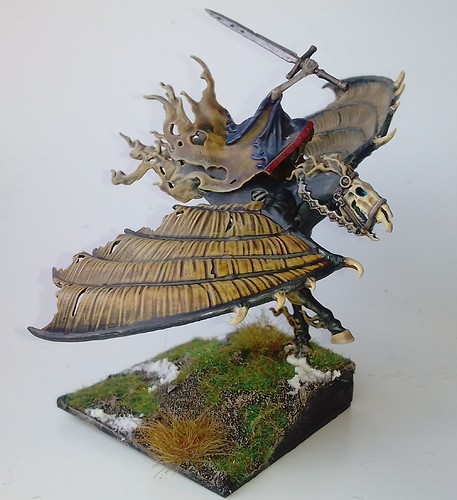 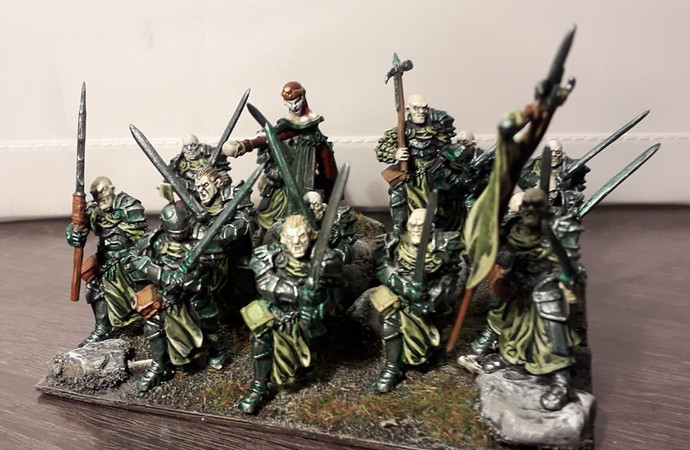 After Monster March I took a short one week break from painting Stormwind and went ahead and finished the rest of the Dungeon Saga Box, since those minis were collecting dust since Christmas. Mortibris was also complaining that he can’t properly do Home Office Dungeon Overlording without properly painted bookshelves … soo …

As @Sceleris said in the other thread … speed comes from not doing anything (too) fancy and that’s what I was aiming for: Decent but not too fancy painting that would get the job done.

And voila: Dungeon Saga Deluxe completely finished now, including one extra Troll (The final adventure requires 3 and suggests to use the Troll Shaman as a third, which I now won’t have to.

) as well as all the furniture, even all the extra furniture in the box that isn’t needed for any of the adventures.

So that project is actually completely done … yay! 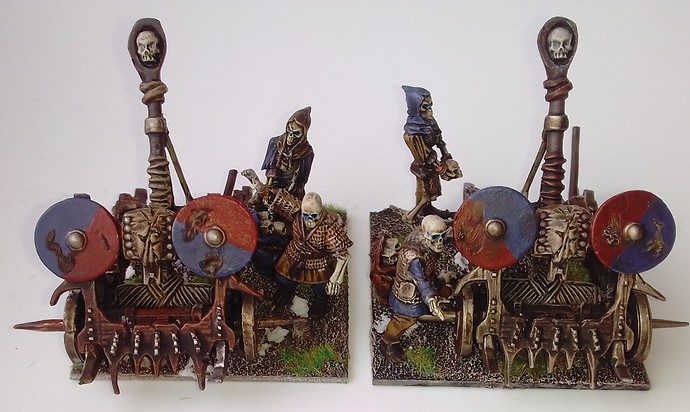 Good luck with the wedding Mikes!

All the best to both of you.

Thanks Niall!!! We’re all set and ready to go now and very happy that we can go ahead as planned.

The last weeks were a bit tense, watching the pandemic news and what restrictions would go into effect and what not.

@Mikes May it be sunny tomorrow for you and your wife-to be tomorrow and all the best. Let’s hope it all goes off without a hitch… apart from the wedding hitch itself

Getting base colors and shade on my new gobbos and rats. 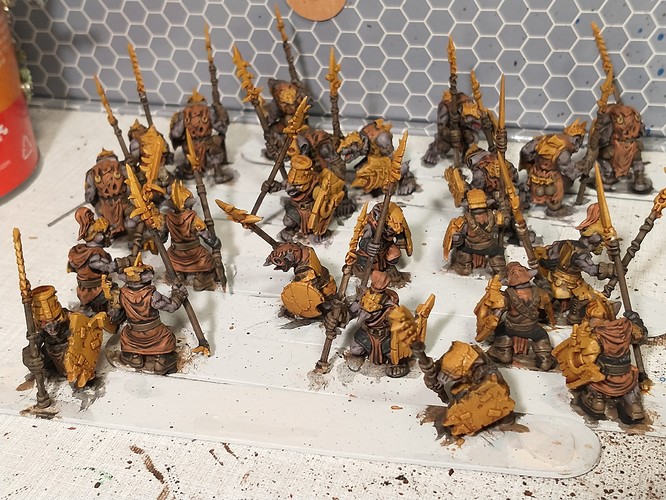 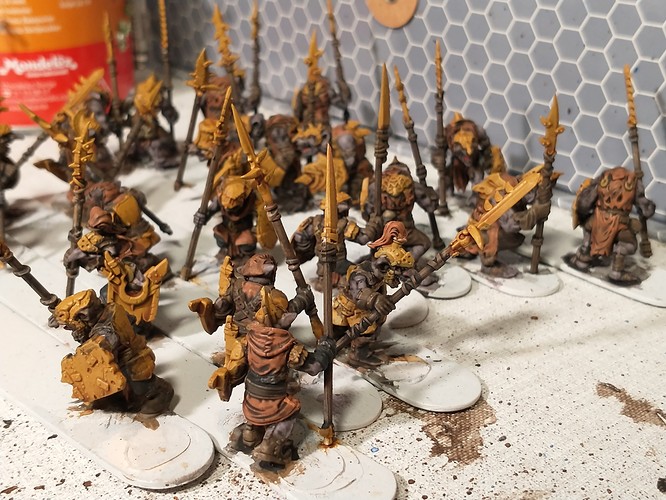 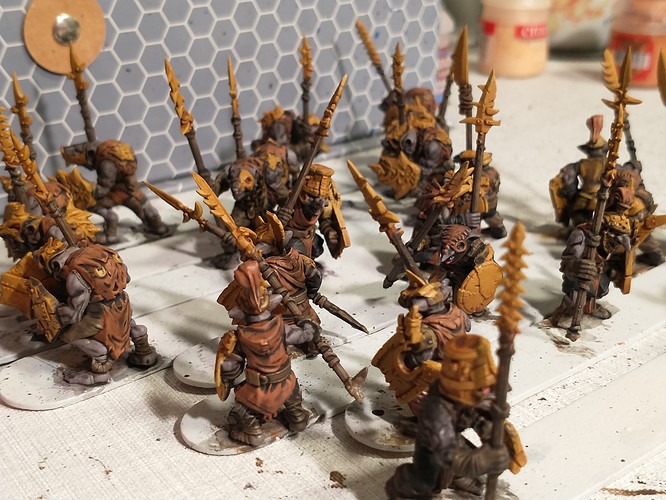 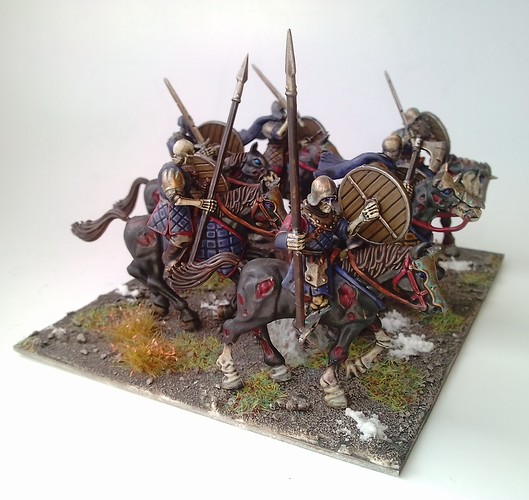 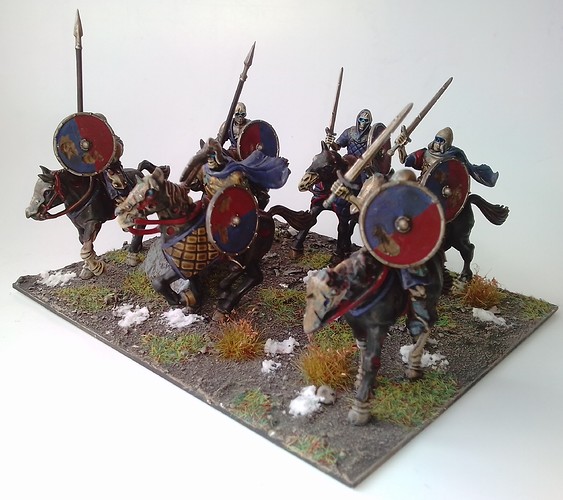 What paints did you use for them @FredOslow they look really nice.

thanks @WoofBird, the metal is balor brown. skin is slaanesh grey, cloth is ratskin flesh, leather/wood is steel legion drab. nuln oil shade on all except the metal. seraphim sepia shade on the metal.
edit: forgot to say, white spray undercoat first. 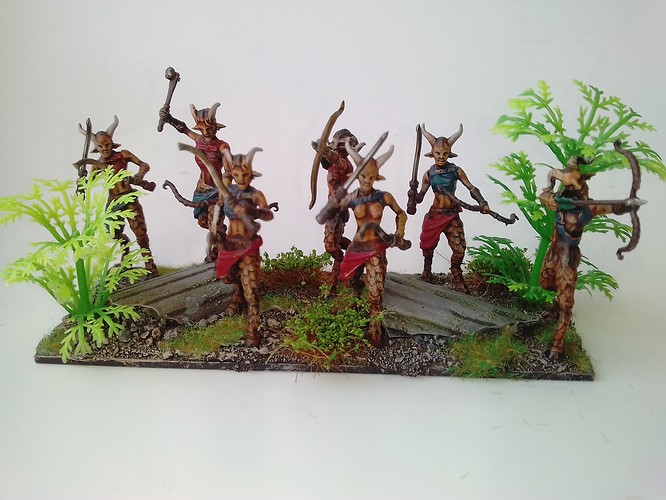 Thanks @Nav! We got hitched without a hitch

and it all worked out as planned and we’re very very happy!!!