Another titbit from the latest Countercharge podcast (ep 518)…

KoM are getting two new units;

The idea was apparently to give KoM more fantasy elements, whilst maintaining their “blank slate” feel to allow players to customise units how they want.

They also clarified Rampage and Slayer a little. I don’t remember exactly what they said (sorry!), but they did pretty much confirm what we said earlier about the rules - extra attacks vs monster stuff (slayer) or infantry stuff (rampage). Most (all?) Titans will be getting one of these two rules.

It’s at the 54 minute mark they start talking aboout these new units.

I wiil just put this here… 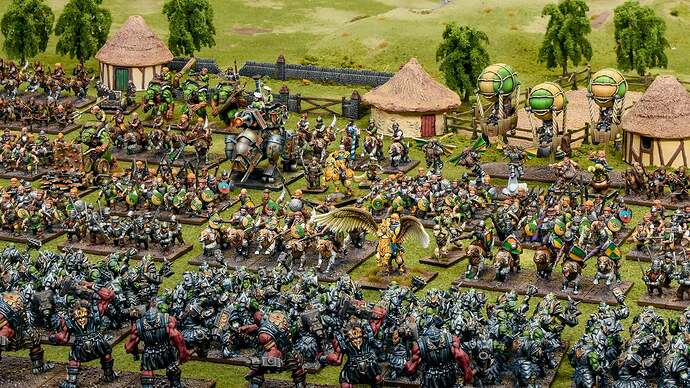 Hellboy’s had some kids!

things will end up forming the basis of my next army!

You can’t see that much of the new Orcs, but what I see doesn’t do it for me. I really like the rugged, mordor-like look of the old Mantic Orcs. These seem pretty shiny. Let’s wait for more pictures.
The ogre/hellboys have potential, though.

The orcs look like they have a regular gym workout, the armor looks spiky and cool.
Comes across as elite orcs to me.

I like to see a range of orcs as I feel they would adapt to anything that makes fighting easier.
So poor ones would look somewhat tribal
Then you get the crude industrial morder types.
But I do imagine some orcs looking at human full plate, ornamentation and higher tech weapons and wanting some of that too.

I hope they’re not Primaris orcs with a wonky story to usher in a new range.

Hence I expect that we see the same with the Elves, new Sylvan/Twilight Kin models instead of new main range

I think the new orcs look great. GW is going more Mordor with their orcs, and Mantic is heading towards WoW.

Didn’t the render pic of the stormseers(?) at Clash show them with two eyes?

It develops from a bit in Halpi’s Rift 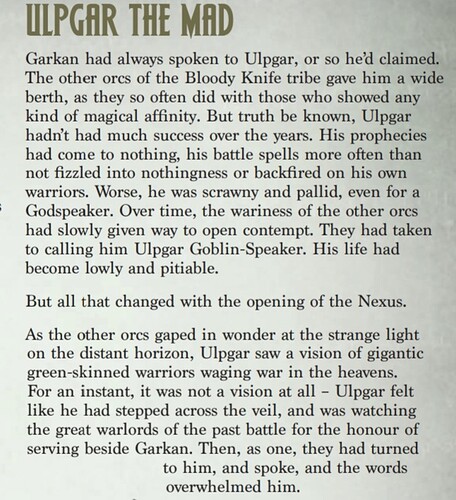 Garkan the Black is the dark aspect of the God of Smiths, and created the original race of orcs

Thunderseers. And no, they have one eye (each!) 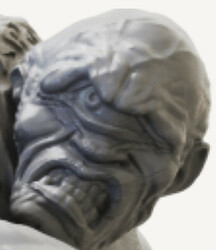 y’know, something that trips off the tongue like that.

And that’s a good thing! No more Aelves or Uruks!

There must be a way to get more vowels into elves.

The latest Direct Misfire has info on Ratkin, Abyssal Dwarf & Elf updates, plus a sample of the new magic items, and an Undead formation. Does underline the scope of the adjustments.

Kings of War and other Wargaming related dribble...