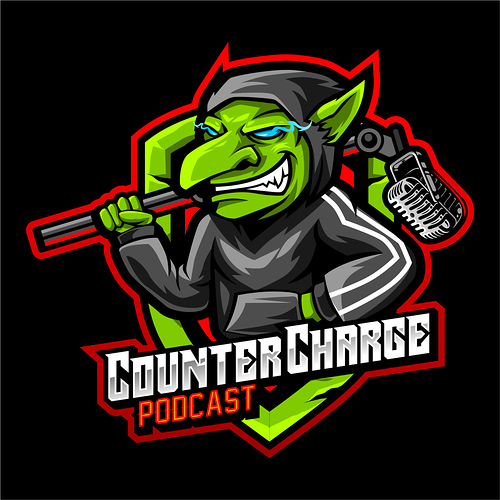 On the whole this was talked about as a ‘big shake up’ of the game. I got the impression it was considered to be finishing third ed (my words).

Theme lists tweaking master list units sounds good IMO - countless options there. It would allow for some fine tuning of the theme lists.

Also, monsters being tweaked and becoming a solid choice sounds good, as long as it doesn’t tip too far in the other direction.

Only reservations are that such a wide scale update of the game will be harder to balance than a more incremental approach. You’re also getting further away from being able to use the rulebooks to build armies (though most will be using EasyArmy).

I’d recommend listening to the podcasts as there’s a feel for the direction of movement with KoW and Mantic that I haven’t captured in the notes.

Going to listen to the full thing after dinner, but aren’t the Regular Elves the baseline and shouldn’t be getting theirs tweaked? They already have Drakons they don’t need better Gladestalkers!! Also ignoring Cover really isn’t the buff it could be given that Gladestalkers’ issue is Def 5+ spam…

I’d rather this difference came from army rules or upgrades. 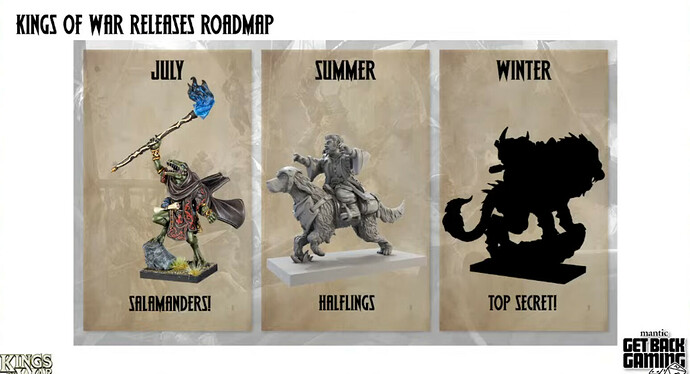 Looks like a wingless manticore. Arent’t manticore from persian/Greek/egyptian mythiology? Maybe its for a new theme army based on empire of dust, like the ophidian empire. Then they can sell the EoD minis from before and make some new humanoids/demonic djinns minis. There was a few mentions of the ophidians in the halpis rift lore. Just a guess?

To me that looks like a regular cavalry base? There’s also a chance that’s not a stinger but the prickle of a lion’s tail and some other detail.

In one of the podcasts they remark on the EoD conversion kits being outdated. Redone EoD minis and Ophidians would get more bang for their buck out of any new kits. Plus Ohpidians get a mention in Halpi’s.

I really want it to be Varangur getting fleshed out.

The Ophidian idea has been kicking around a while now. Still just conjecture!

The rider seems quit small for a normal cavalry base, and for me the tail doesn’t look like a lions tail. But hey… time will tell who is right

There has been mentions of the ophidians army before, but just rumors and nothing else than that.

Something Rhodian, to tie in with the Halfling release? An Aralez?

Sounds promising, hope they take a look at the “least used units” topic so we can get some buffs to the bottom tier units.