A new year, a new thread to post all your painting progress! I’m looking forward to everything you’re going to show!

Let me start of this topic by posting my two most recent Goblin additions: a regiment of fleabags and a wingit! 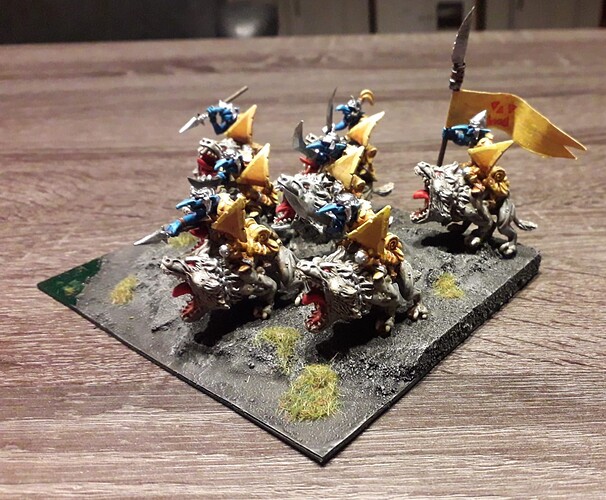 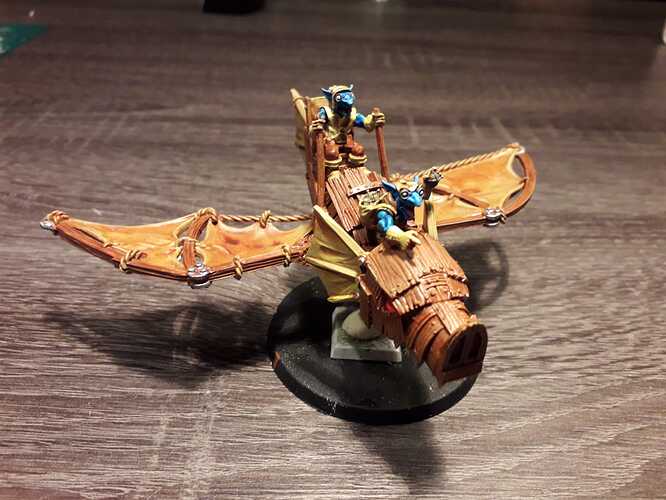 As usual, WIP pictures and other painting stuff can be found on my blog.

Heya! Last year wasn’t up to my usual productive levels, so I’m hoping I’ll be able to turn that around this year and paint myself at least another army or two.

Anyway, here’s my first mini for the year - my second Flame Priest. Chariot is done, only the Taskmaster himself is missing. 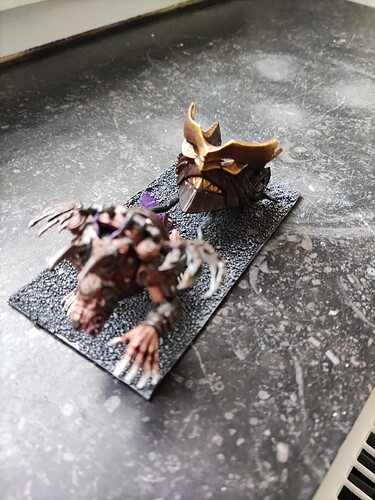 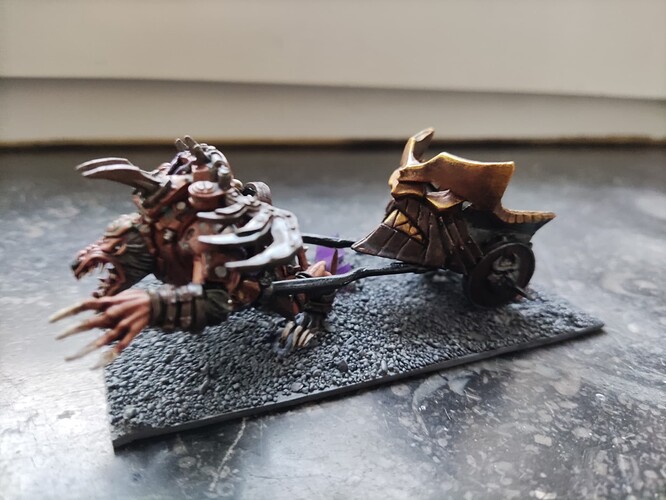 Looks great! This is for Ratkin Slaves, i take it? That’s an army I’ve wanted to do ever since it was released.

Yes, for Ratkin Slaves. I bought some Rats a while ago, but niw a friend started with regular Ratkin. I came up with starting Slaves, since I already got some Orcs, which could be used in regular AD

Nearly done Frostfang Lord/Vampire on Not-flying pegasus.
Nothing like having a big project to do to get motivated to paint something that’s not for my project! Love this mini.

The cape is done with a zenithal undercoat and AP Speed Paint over top. After using this technique with a dozen models or so I’m super happy with the result. 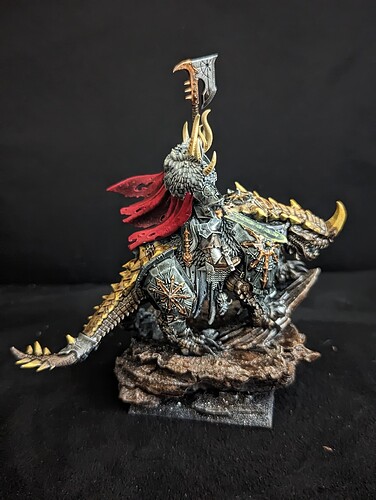 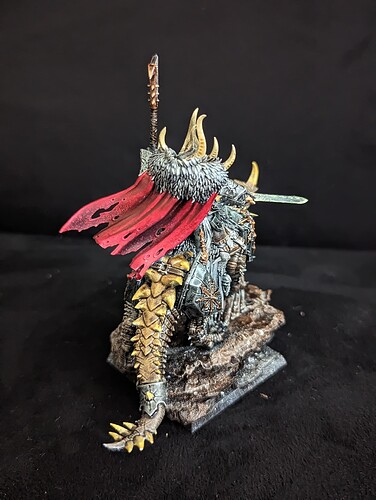 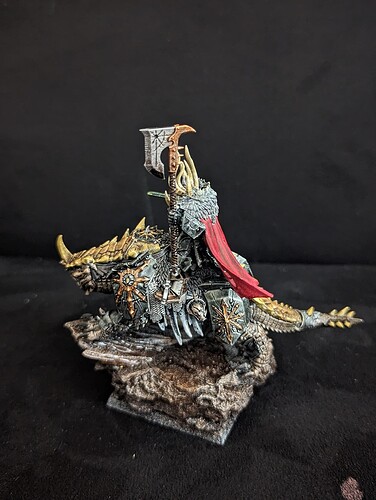 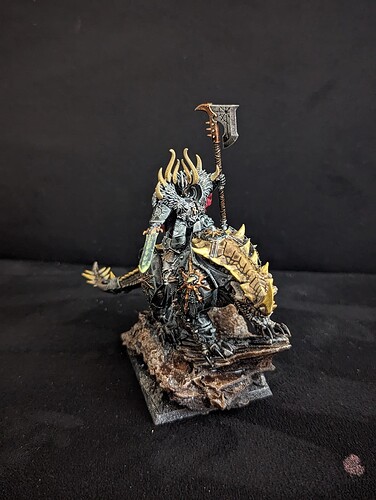 True, especially if I start transfer the idea to my Sylvan Kin and split them up into Elves and FoN! Soon I end up with a ‘Sceleris amount’ of armies!

as I’m still trying to shake off a bug i’ve had since my most recent batch of booster jabs got in the way. I spent the weekend re-basing/rebuilding my Romans and Celts to make them ready for a Kings of War game using (as much as possible) . Mostly, it is just putting them on a correct size and shape base, as they were all built to be multi-dimentional, but the Roman Auxillery Cavalry got a full work over into 4 KOW troop equivalents (/2 regiments/1 horde…) as i wasn’t happy with the bases i’d cobbled together. Also, my Praetorians also needed some reshaping to make them 2 x troop units too. I considered converting the Romans to Varungar, but in the End i opted for Kingdom of Men to try that.
The Battle itself will be the exact same one that i tried in the Hail Caesar Invasion of Britain Battle at the Medway, based on the historical event itself. I have my roman army almost ready, except points , and my Celts will be Herd as previous, so should be easy to complete. 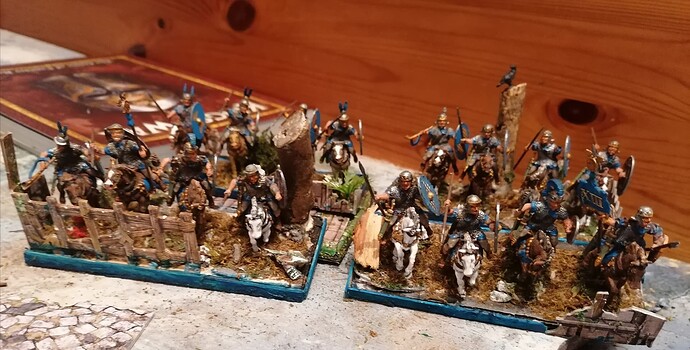 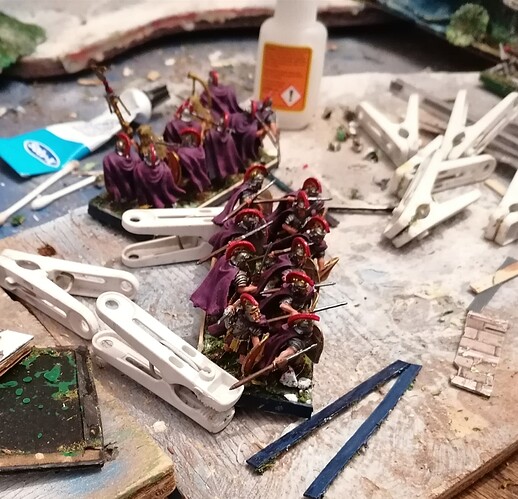 Not the first thing I painted this year, but the first completed (i.e. based) mini: 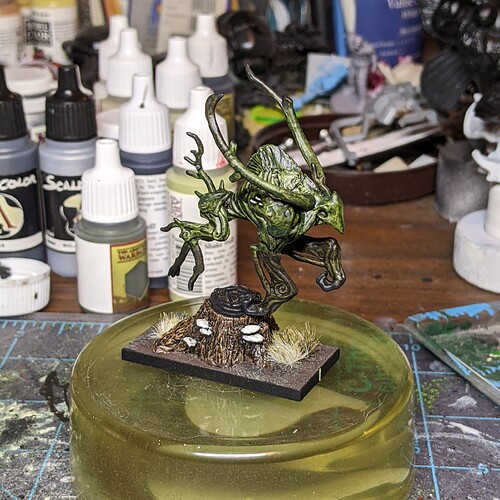 Centaur Chief #3 for my Herd. Sculpt is a repainted / gently converted prepaint from defunct game Golem Arcana. Pretty substantial pin through that stump 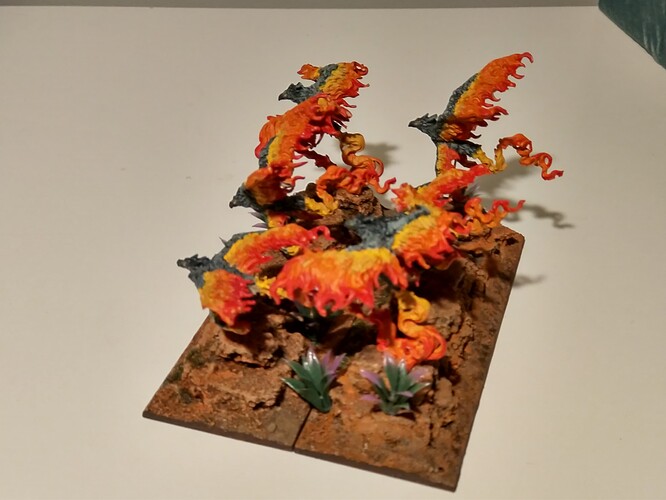 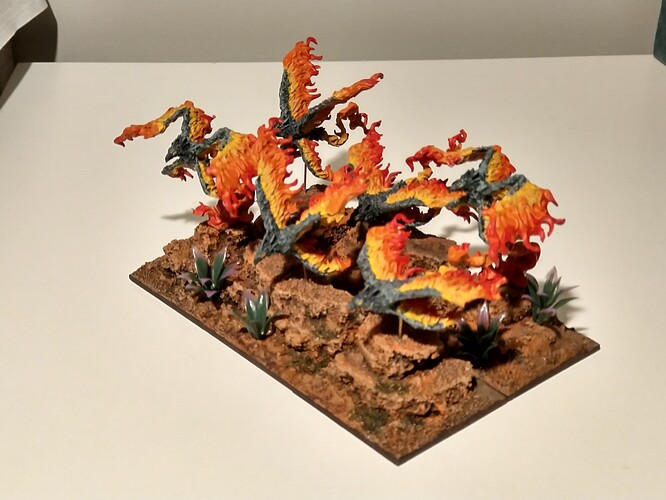 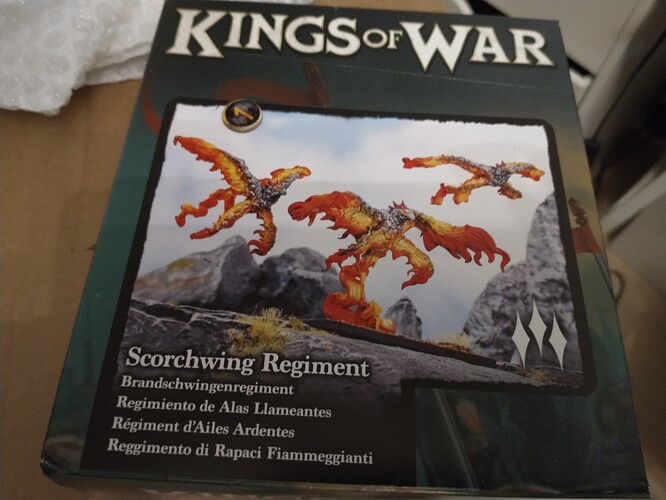 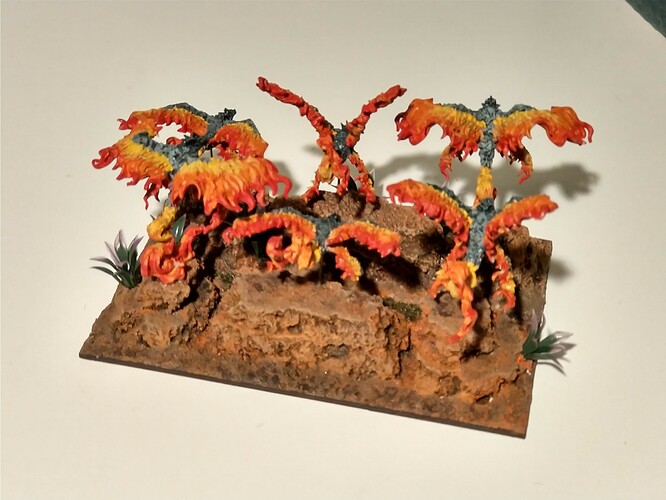 Finished another regiment of SilverBreeze for clash of kings Australia this weekend. 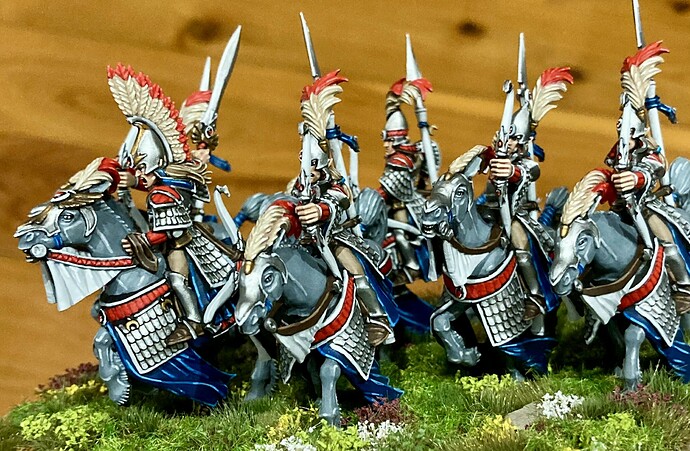 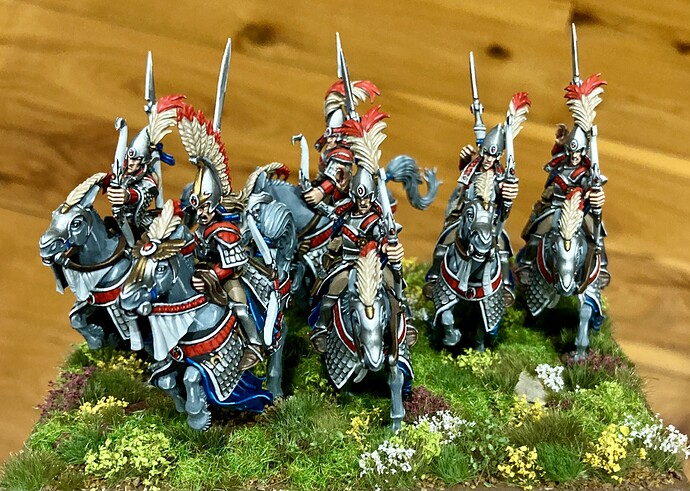 very nice @MechaSturgeon . You can almost smell the pollen in the air.

Slow, slow, slower than slow, … that’s me. Did get around to starting work on the first wing segments though last week… finally 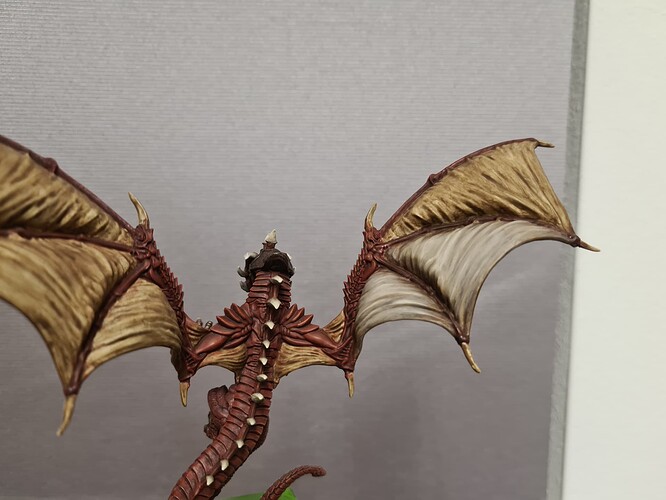 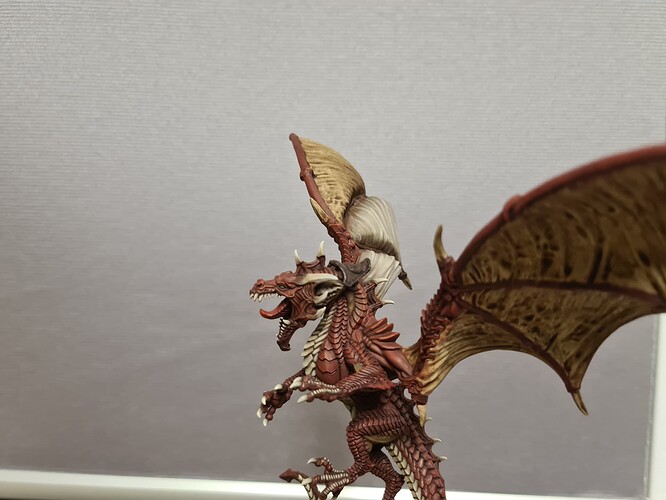 The steel juggernaut for my dwarves is complete. I really felt I’d buggered it up for a while but it turned out ok! 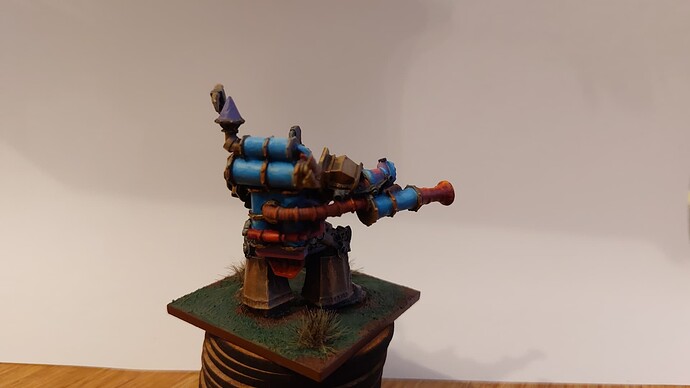 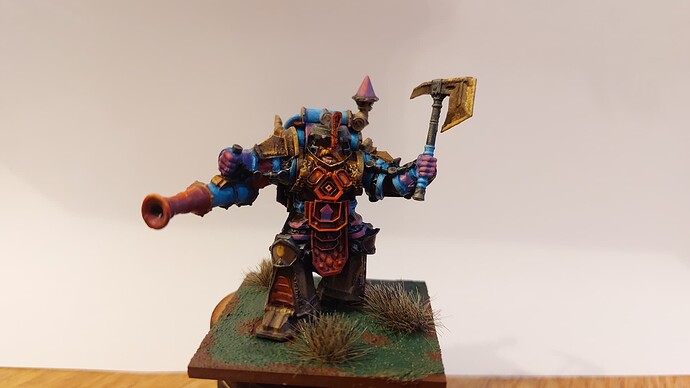