Very nice archers. Are they all metal?

I just started Undead myself. And by " start" I mean i bought a bunch of Mantic undead.
Just waiting on 3rd.

Thank you! They are partly metal. You get a standard skeleton sprue plus metal torsos, which means you have lots of extra bits.
Here are some better pictures: 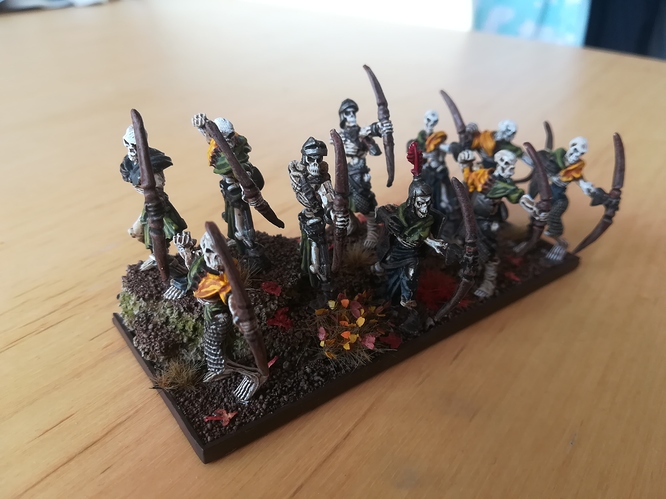 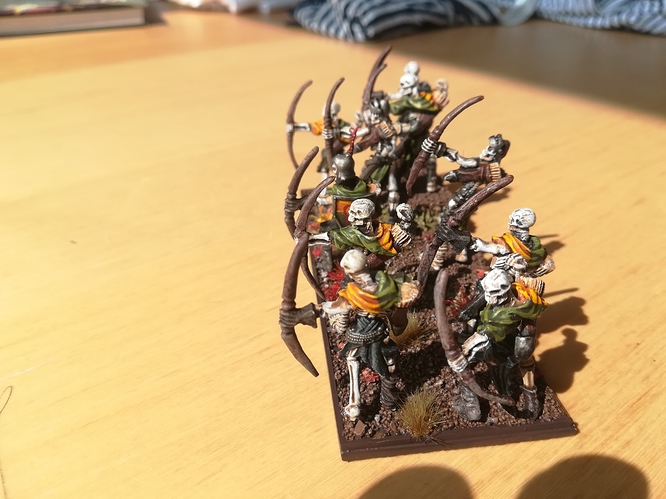 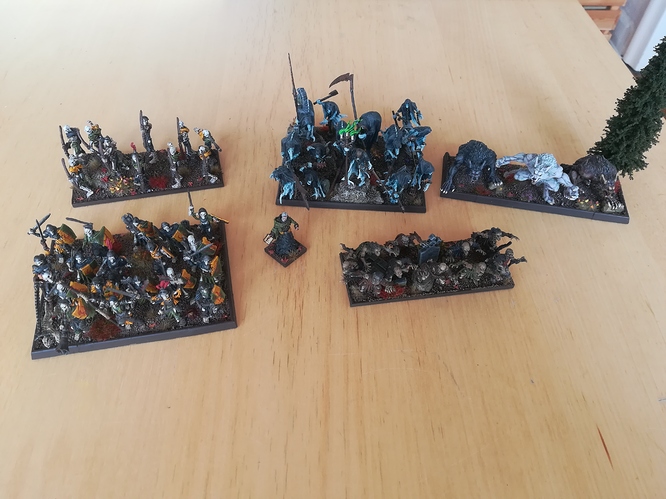 Are the units you chose to paint with an army list in mind? Id like to see it and a battle report with the army in action.

Great idea! It follows my inconsistent moods mostly, but I want to have a playable 1000p - 1500p army when 3rd edition arrives. That means I have army composition rules in mind. I’m currently painting a Balefire Catapult. After that I will probably paint a Revenant King or the Goreblight, which will come with my Vanguard supplement. Then it’s either the zombie legion or some heavy hitters, like the revenant cavalry or the Soulreaver cavalry or a second regiment of werewolves.
A battle report is actually a good idea. It would be full of mistakes, stupid tactics and illegal moves though, since it would be my first game of KOW.

Ive been slowly picking up Undead units anticipating 3rd. Got some Zombie Trolls. Have been thinking about the Wargames Atlantic Skeletons. Also the Lord of the Rings - Army of the Dead for my Wraiths. Maybe Bane Thralls for Wights. Not sure if they are big enough though.
Still in the planning stages so I’m watching this with great interest. Thank you for posting.

@Bloodaxe Thank you for reading! The Wargames Atlantic Skeletons look good, especially if you want a historical theme. I got to say though, I really like the Mantic ones. It’s a matter of taste I guess. I like the idea of the LotR wraiths. I used the new GW ones. They look good, but they where really expensive. I hope to see some pictures of your army soon!

I wont have anything to show until probably after 3rd drops. Im still working on some lists, what units I want, which models, etc. I hope they do a sneak peek of the Undead rules for 3rd like they did for Basileans- Ive been asking. I do like Mantic skeletons also though. I might just use them for Revenants.
If you haven’t seen it before, check out the Vampires War Diaries, some battle reports and an old school undead army.

I'm bringing my oldhammer Undead models into Kings of War, adding new models, and mucking about with some fiction to tie my battles together.


I’ll probably work on the Zombie legion next. A Goreblight is on its way over from the UK. I’m thinking about Zombietrolls now. I’ve always liked the models.
The Balefire Catapult is almost finished, btw.
2 Likes
Bloodaxe September 2, 2019, 7:29am #30

Yeah i just saw that too! I can’t wait to see all the changes.
Expendable on Zombies.
Duelist & Mighty on the Vampire.
Its a great time to be not alive .

Its a great time to be not alive .

If I only knew what Duelist, Mighty and Expandable do!

Love your project! Good to see an army coming together!
As you said, it’s so satisfying to see a bunch of minis turn into a full-scale army.

Your thread inspired me to re-post my assembled undead army. (Previously on my blog and on dakkadakka). Keep posted!

Thank you very much! I’ve seen your army before, really impressive. Thanks for sharing!

With the catapult almost finished and this beauty arriving today… 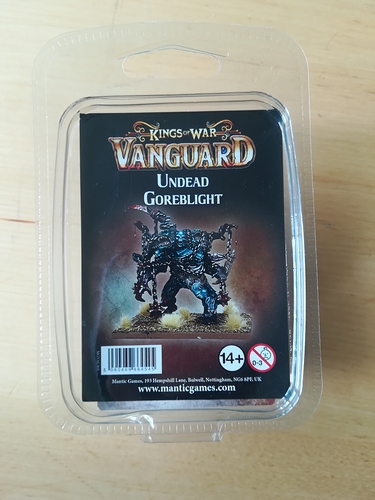 Awesome. Can you post a pic next to a regular Skeketon or something so we can get an idea of size?
I’m guessing its like an Ogre size but bulkier.
I wish it was more " customizable". I hate multiples of the exact same model.
Maybe I could use some Chaos Spawn bits to make them different. I just wonder on size of model.
Thanks. 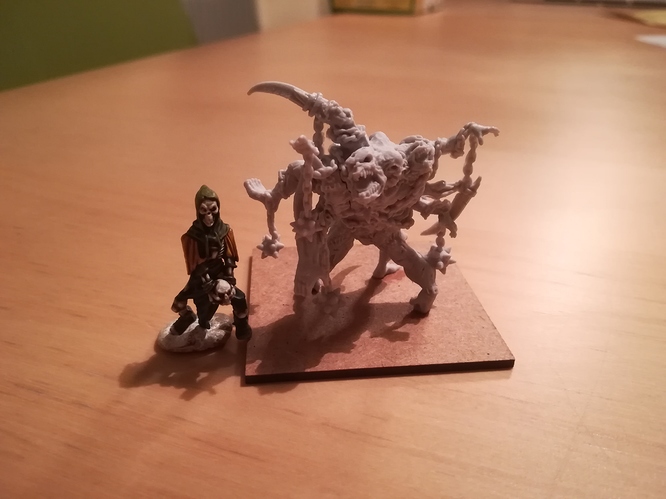 Christ, it’s got a leg sticking out of its back

I thought it would be bigger since it has similar stats to a Giant.

Thank you very much for the picture

Ive been thinking of just making a couple of my own like in this video , using spare bits or even Chaos Spawn parts.