There are many post available telling you how to prepare for tournaments and how to conduct yourself once there. However, there is a dearth of information for newcomers on how to behave post-tournament. This article aims to help newcomers (and more experienced players) to avoid potential post-tournament pitfalls.

After the strain of concentrating on the tournament games, the late night drinking session and the long drive, you will be understandably tired, and probably hungry, when you arrive home. The inexperienced might greet their partner with the words: “Blimey, I’m tired. What’s for dinner?”

Bad mistake. Your partner will have been wrestling with the laundry/children/shopping and will resent the fact that you have been away enjoying yourself. Care is needed in picking your words. Start by enquiring how their weekend has gone and commiserate with their disasters. When describing your weekend, you should comment that you didn’t really enjoy yourself and only went to keep your club mates company. If you get on to the topic of food and drink, divide your actual intake of calories and beer by 2. (Northern Kings should probably divide the beer intake by 4.) The cost of your weekend should also be divided by 2.

Don’t mention any models you may have bought. On pain of serious injury, just don’t do it. This may mean that you have to smuggle the models into your house, or leave them hidden in the car.

Flowers for your partner may help, but don’t buy the wilted left-overs from the local garage. Or if you do, make sure you remove the price label.

On the drive home, you will doubtless have ruminated on the defeats that you suffered and will have been mentally considering what new units, or indeed armies, you may want. However, there will doubtless have been some breakages of your existing army and you should repair these first for 2 reasons.
Firstly, the longer you leave the models broken, the more it will prey on your mind – fix them now and get the job out of the way. Multi-basing is wonderful and a great bonus of Kings of War, but it I a right pain to try to fix the spear arm back on to a Goblin in the third rank. 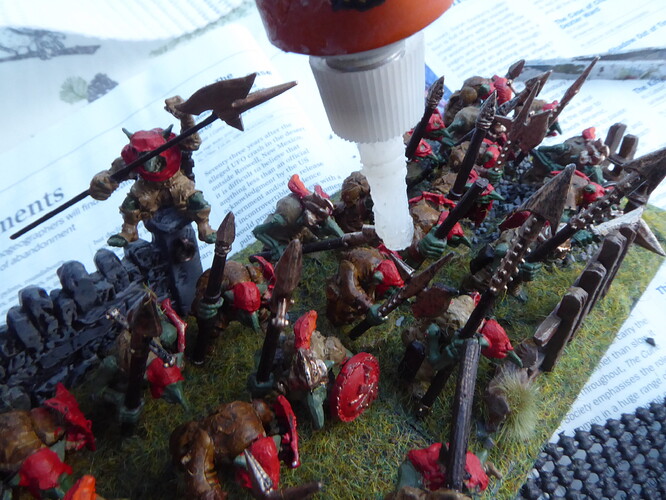 Listening to a podcast while you undertake this activity will help … to mask your bad language.
Secondly, it will inject a delay in assaulting the Mantic website for new models and allow you to really assess the reasons for your epic failures in the next step.

It is very easy to review your performance at the tournament and make rash decisions. At this stage, you have not learned any lessons, indeed you have not yet identified the lessons. What you have got is a series of observations, which will require further thought to turn into lessons.

Taking your observations, you will need to analyse them to determine:

This will enable you to establish the root cause of the failure and enable you to consider how this might be addressed. While there will be a natural tendency to procure new models, corrective action might rather depend on modifying your play style.

At this stage, you have identified the lesson. To learn the lesson, you must adopt the corrective action that you identified.

In some instances, this process may determine that the event leading to your demise is so unlikely that no corrective action is required. An example of this is what occurred at a recent tournament when my Abyssals were facing a Lycan heavy Beast army. I had tasked an Abyssal Fiend and some Tortured Souls to protect my right flank. Knowing that I was out-paced by the horde of Lycans facing me on that flank, I set a trap encouraging the Lycans to charge my Fiend while keeping the Tortured Souls ready to charge the enemy in the flank. 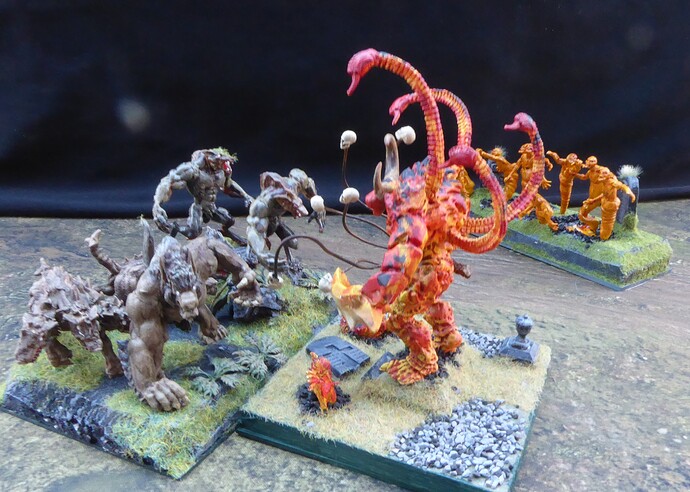 The Lycans should, on average, achieve 6 wounds against my nerve 15/17 Fiend, and this is what they did. Needing 11 to rout it, my opponent rolled a 12 followed by an 11. My opponent turned to face the Tortured Souls, destroyed them in his next turn and stared into the rear of my army. My initial reaction was to bin the Fiend form my army list. On reflection however, I realised that there was only a 1:144 chance (about 0.7%) of my opponent breaking the Fiend and so it was reasonable to assume that this was a rare occurrence and the Fiend was reprieved.

You will doubtless have experienced ups and downs with your dice. 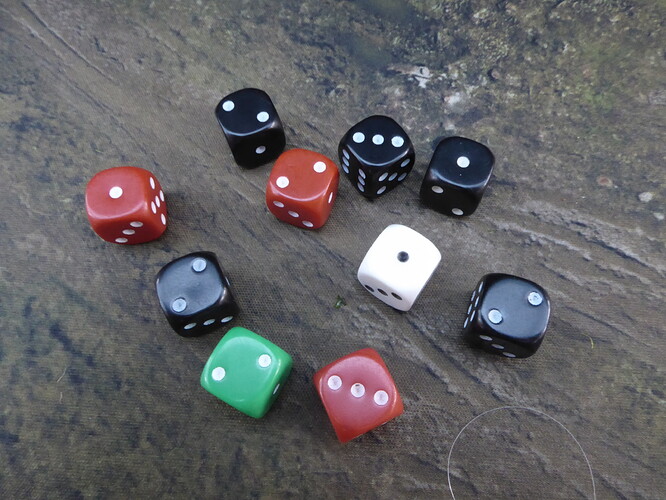 Another example from the same tournament that saw my Fiend dismembered. In turn 3, my opponent had an individual attempting to escape form my Abyssal Horsemen. He could not get away and his positioning meant that a 1” overrun after combat would take the Horsemen into a Volley Gun. Killing that would allow me to turn round and face into the centre of the board and affect the later battle. Charge in and, in a display of seriously sub-standard dice rolling, only waver the individual, who sped off in my opponent’s turn. This cost me a valuable turn as I now had to spend turn 4 in charging the Volley Gun. Which I proceeded to Double 1. And so I had to spend turn 5 in finally dealing with the gun, by which time it was too late for the Horsemen to affect the rest of the game.

There is a traditional Moonraker saying: “If your dice have not yet let you down, then they are about to”. If in doubt, burn your dice and get new ones. In extreme circumstances, a sacrifice to the dice gods might be in order.

I hope that this article will help you develop your own post-tournament procedures.

interesting and thought provoking article which I commend.

I do feel setting fire to your dice is a bit out of order mind you.

I hit mine with a large lump hammer. If you don’t have one a claw or ball peen will do at a pinch. Watching them burn may give some modicum of satisfaction, but really I like to feel them pay for their mistakes as the metal meets the meat, so to speak.

I line the others up and make them watch.
It is the only way they’ll learn

The flaming tradition goes back to the festival of Beltane where bonfires were lit and the flames were believed to have protective powers against bad dice rolls.

I do like your idea of forcing other dice to wtach the punishment as a form of encouragement. Nice.

Ah, I see that not drinking and not having a partner is basically a lifehack. Good to know!

not drinking… I don’t understand?

I will be practicing my division going forward! Great article, this made my day.