Update: Well it’s been quite a bit longer than the 2-3 years mentioned above, since I started this project, more like 4 years now and the army has come a long way. So I figured it was time to update this post as well with am up to date picture of the full army:

And yup, I’m a very slow painter! But I’m more than happy with how that army is turning out, especially seeing the progress over the years on those pictures side by side now.

It’s getting pretty close to what I originally planned it to be as I started over 4 years ago and I’m still quite amazed by that. 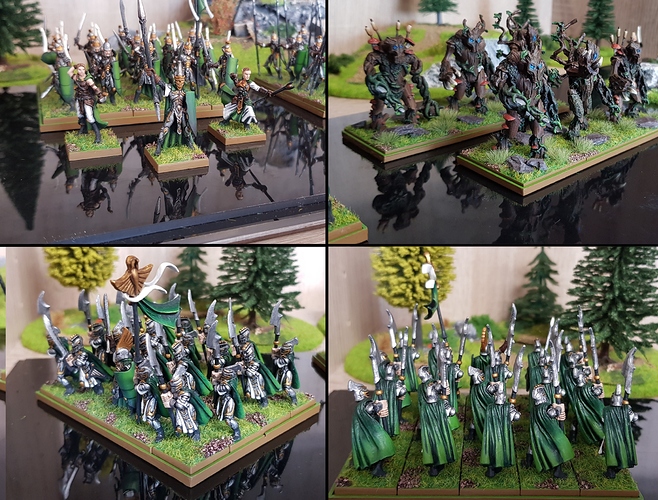 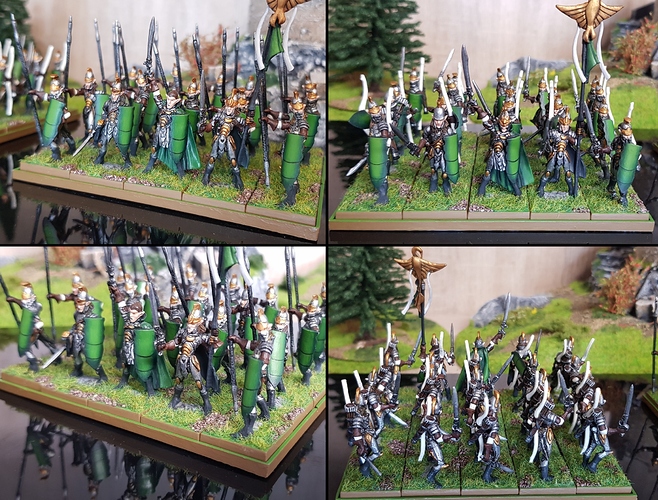 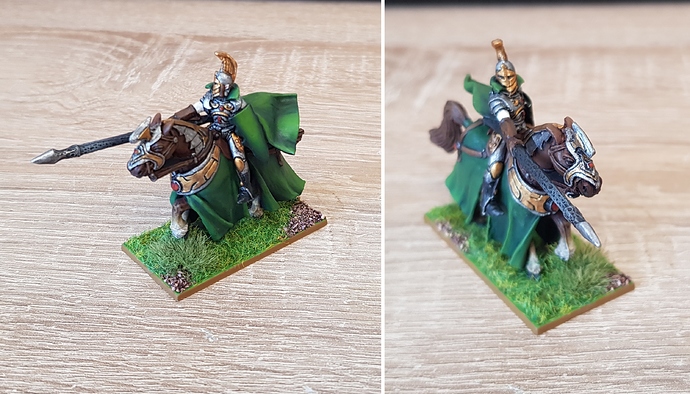 (Critics may may argue that I would have finished sooner, if I didn’t have to paint the whole Dungeon Saga Box inbetween for some reason! … and they would be right, dang!

But oh well they are done and I’m more than happy, so here goes:

Getting there, slowly but steadily

Aye, looking real good. Props on the black acrylic display, I’m a fan of that style, even if I suspect it’s cost me painting points at tournaments in the past

Thanks @Nav , it’s been almost a year that I started work on the Cavalry, can’t believe I’m finally done

@Morofang and @Boss_Salvage , yup I like that display as well. Although the main reason to use it was that it comes with a clear acrylic cover (took it off for the pictures) that keeps the dust off the army …

… it’s crazy how much dust models collect when they stand around unprotected over the weeks / months … mmh or is that just in our household?

Definitely, I love having glass doors on the cabinet I display minis (although its a bit of a mess as I put my wip twilight kin stuff there so I can grab it easier.)

I also collect old/slightly damaged Tupperware that family were going to toss anyway for keeping things in tidy, dust free groups. Really necessary in my case because it could take months between layers of paint on a mini and any dust would be a pita to deal with.

A Tree Herder joins the ranks -the first big bad monster in the army - bringing me up to exactly 1500 points: 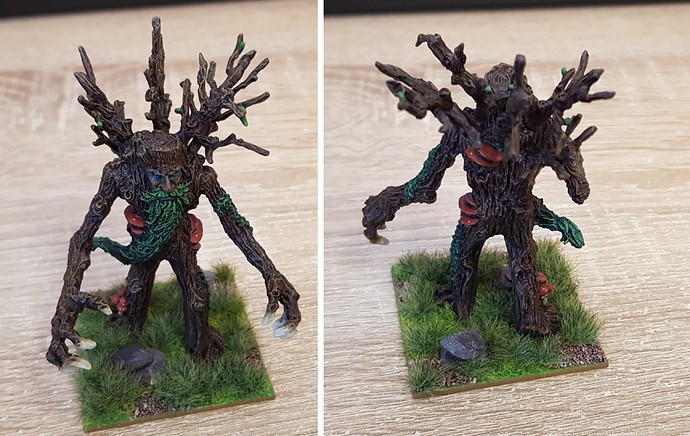 My first non Mantic miniature in the army. I picked the miniature from Otherworld, as I think it fits in really nice with the Mantic forest Shamblers and I wanted something a bit more compact and durable than the Mantic Tree Herder.

Don’t take me wrong, I really do like the Mantic Tree Herder as well and will likely paint it eventually (yep it’s sitting on my shelf already

), but it’s so huge and at the same time fragile with all that little branches that I would dread having to take it to tournaments. (Anyone has any experience/advice with this by chance?)

P.S.: I hear ya @Morofang, dust was definitely noticable as I painted my Stormwind Regiment, as those Minis were sitting on the painting shelf, unprotected, for almost a year.