I had my first game for nearly a year over Christmas, a 1000 pt game using the Salt the Earth scenario. I played Brothermark and my opponent, @Svechin21 played Varangur, both using the CoK22 upgrades. As we were both rusty, the game quickly descended into a large melee, but we did see how the new units performed: 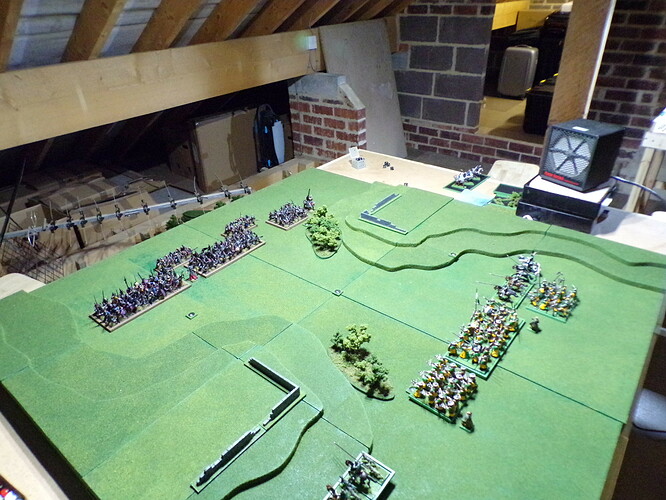 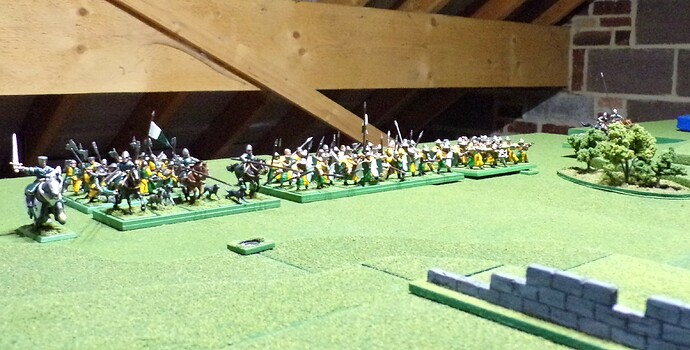 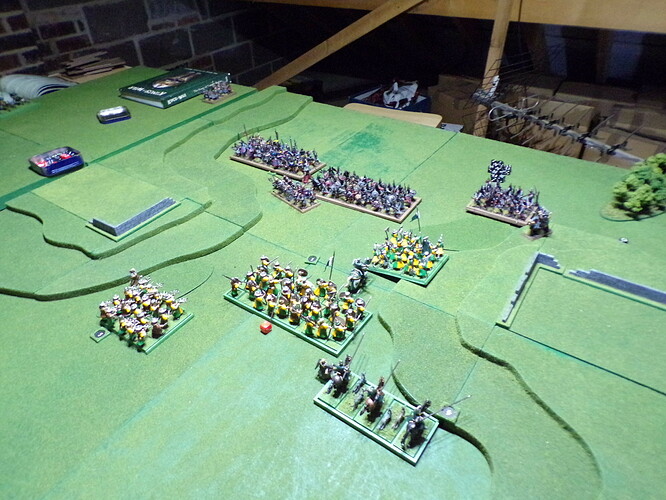 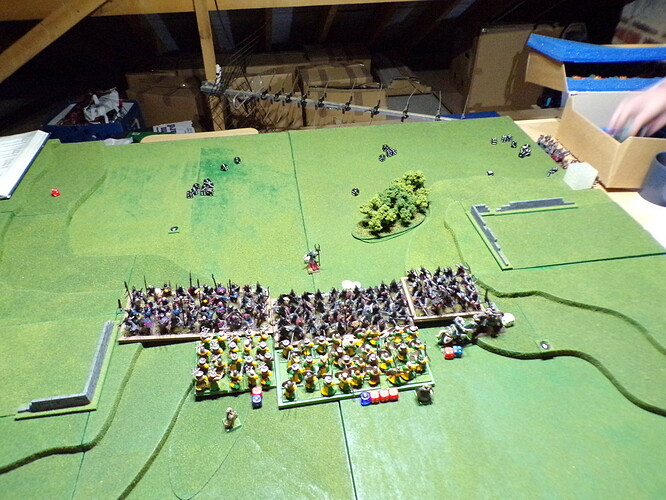 We also found an interesting benefit for the Fury aura on the Exemplar Chaplain. At one point I had two Villain units wavered in combat, one of them supported by my Chaplain and one about 18" away. We agreed that I could countercharge the first unit using the Fury aura, then move my mounted Chaplain the full 16" to within aura range of the second unit, which the also countercharged. Is this a legal use of auras?

Thanks for sharing!
You are correct regarding auras.

A big old melee seems thematically appropriate for those two armies, at least. Looks like a lot of fun!