Presenting my 2k Kingdoms of Men army. It has been about 2 years in the making (and painting), and represents a fairly small part of my overall planned KoM army. The army is definitely more fluffy than competitive, my friend and I basically just play for fun, with a relaxed approach to list building (pretty much anything goes, so long as it’s fluffy and believable). We recently played our first ever fully painted game, so I also wanted to choose a nice range of units, as well as testing a couple out which I hadn’t used before, such as the Pole-Arms Block. I struggled to meet the deadline in the end, so there are a few units in definite need of finishing, like the Knights and the Militia.

This army is mainly made up of old GW Empire models, with a few newer bits here and there. I still have a few more units to add, 2x Knight hordes, Mounted Sergeants reg, Arquebusier horde plus some more artillery . And that’s just the GW stuff… loads of Fireforge medieval, Gripping Beast vikings, Warlord Games Landsknecht and some Stormcast dudes still to do as well!

I chose blue and light grey for the overall colour scheme. Red is supposed to signify veteran troops and/or unit commanders. To break up the blue a bit I decided to include some units with alternate colour schemes, reminiscent of the Empire armies of old(hammer). I think the other parts of the overall army are going to include some more colour schemes: either red/black or mustard/black or mustard/red for the Fireforge, green and grey for the vikings (Rohan-ish) and the Landsknecht will be done in variants of the other colour schemes. 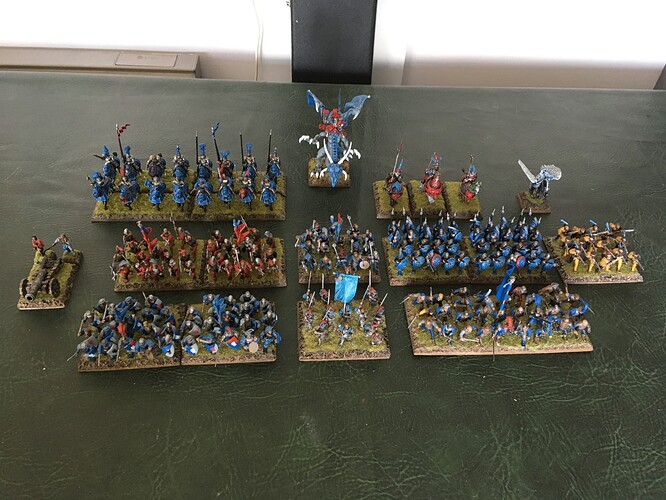 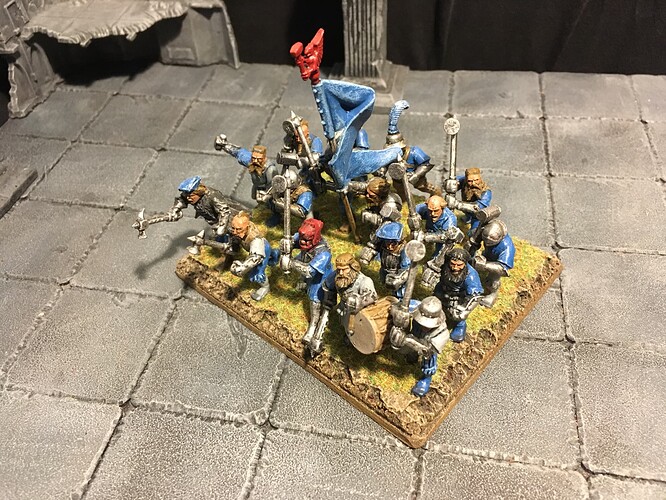 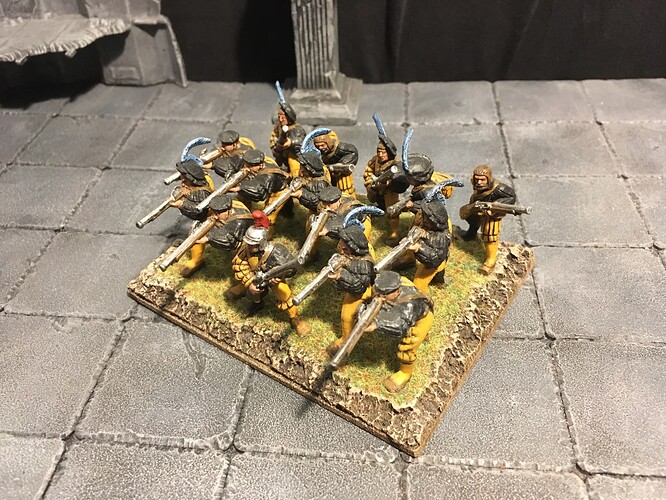 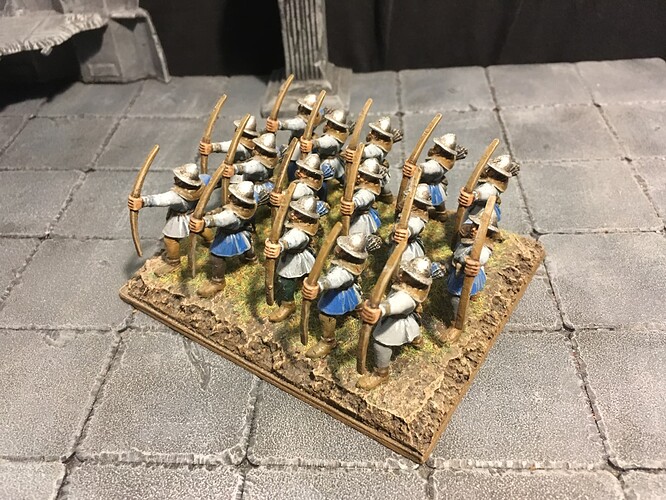 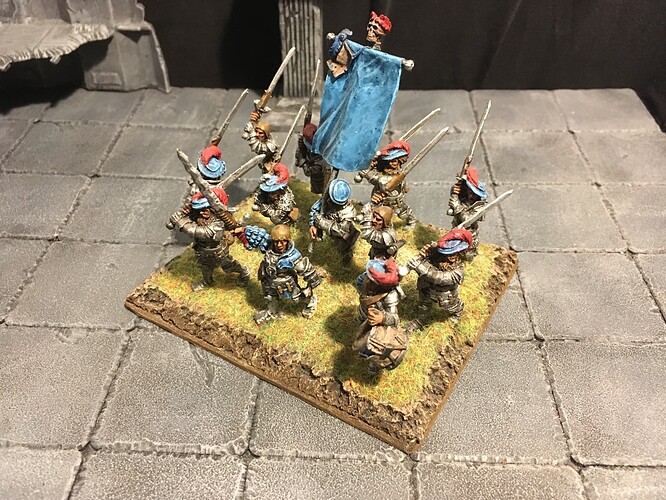 Foot Guard with Swords and Shields 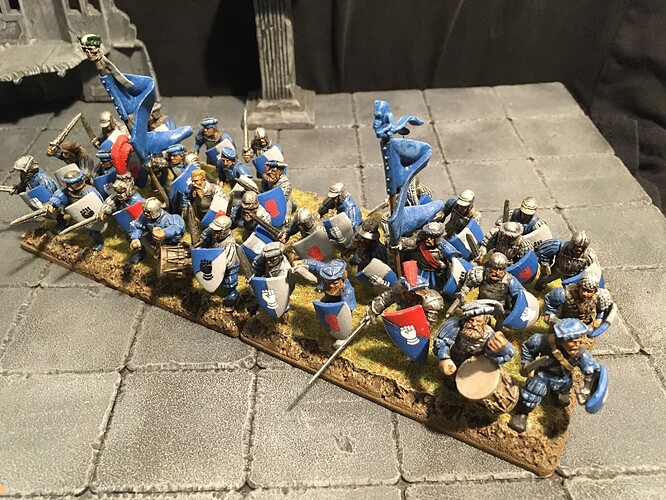 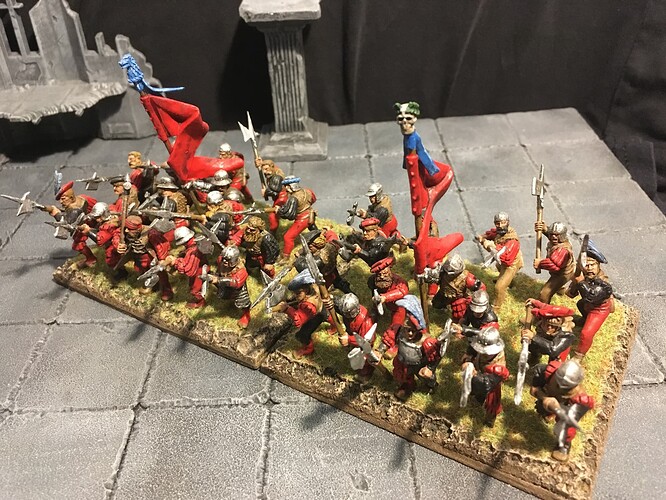 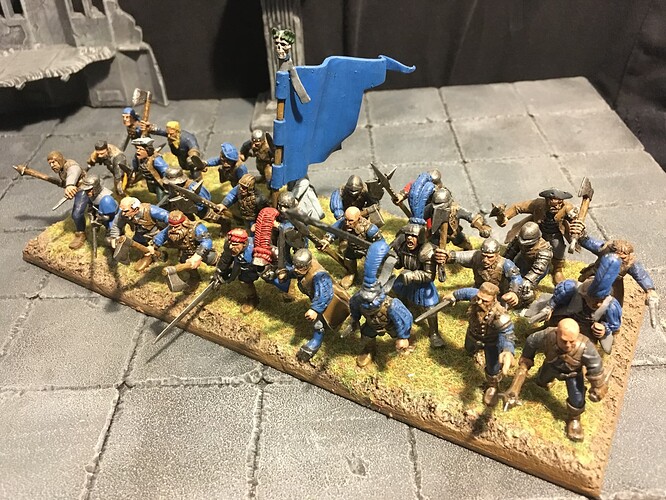 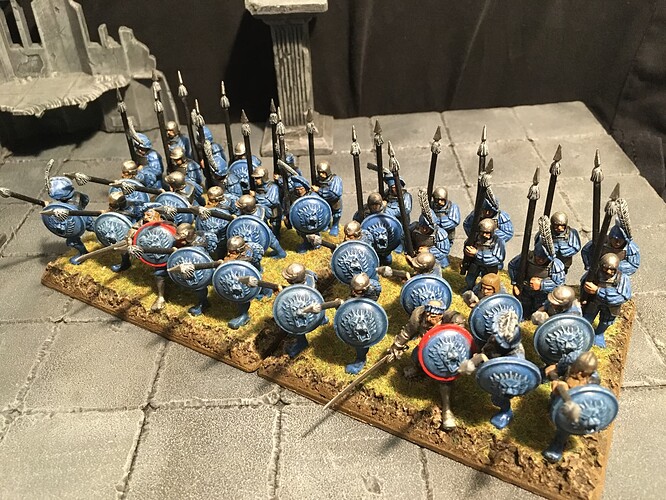 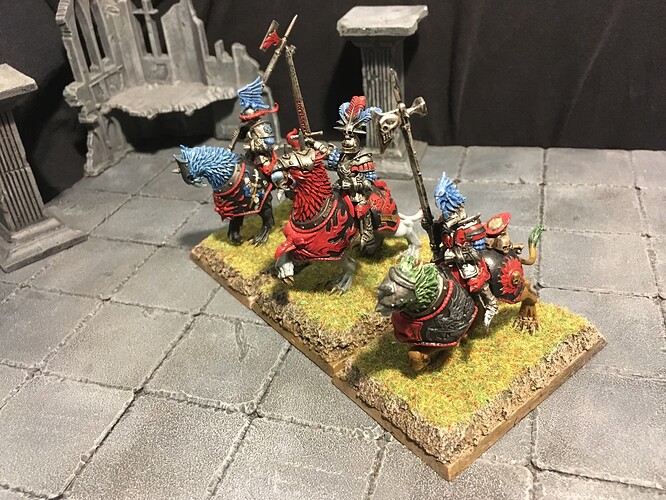 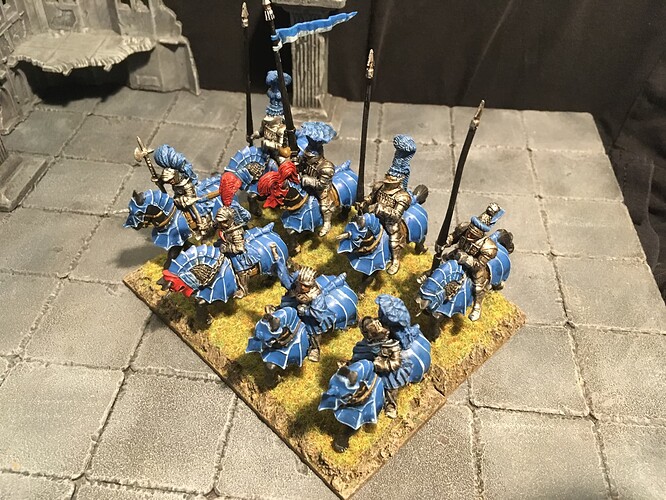 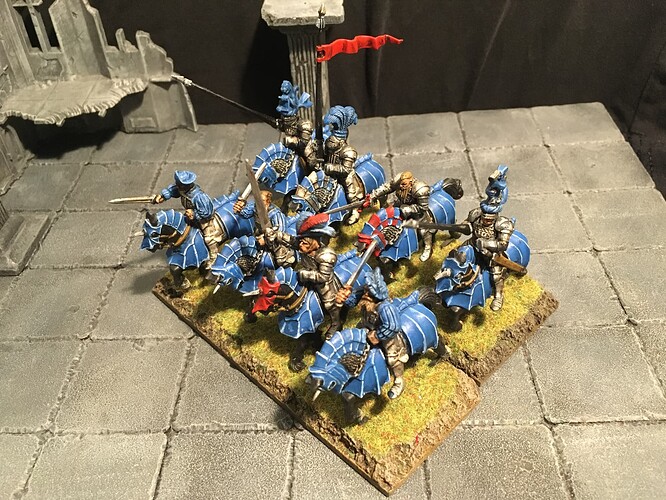 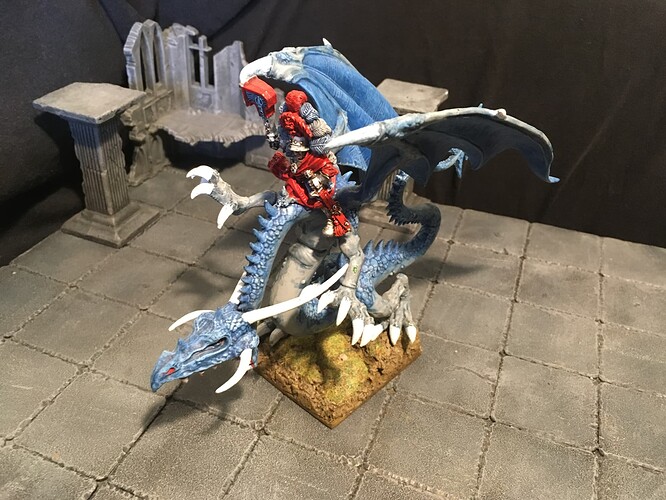 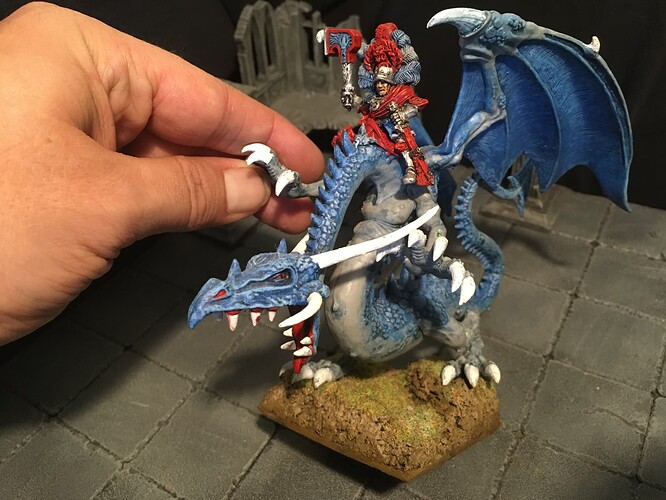 Wizard on Pegasus and Cannon 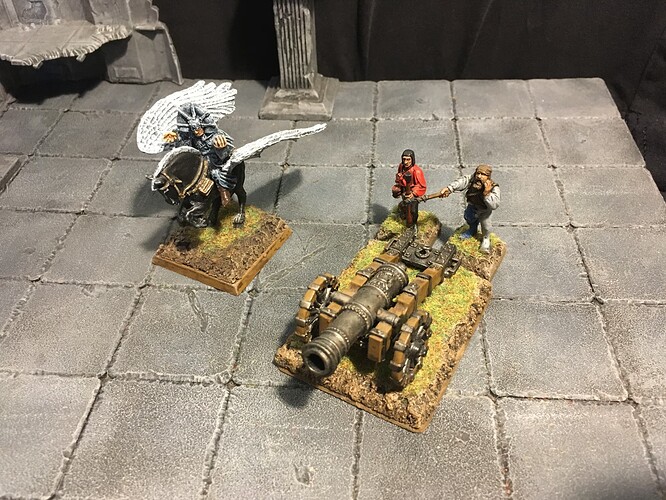 that’s a fantastic looking army, but does Asarnil know that the emperor has stolen his dragon?

Well spotted and thanks

he is currently unaware… Mr Franz is only pinned on though, so technically he’s just borrowing it.