Photo-dump of 8k legendary game with Nick Oftime and Will.

Immortal & huscarl hordes and two big gribbly monsters on one side from the ‘design your own’ rules v pike legion and radiance/CoD shrine type thing on the other.

One of my giants was confused 4 turns out of 6, doing lots of damage to my own stuff(!), while a summoned titan kept on getting in the way!

Human alliance pipped it 2-1 on objectives when we called time after round 6.

We did blind deployment courtesy of a big GW promo marine display and various box lids/trays(!) while spells, rules effected each part of the alliance.

The HG helped kill a clansmen horde and a AD dragon thing, then died to the unkillable Immortals (and a Troll up the rear!)

Middle bit was crossbowmen and a small selection of war machines, plus the Oathworn Guardians and some polearm.

[I deliberately avoided taking loads of cannons, siege artillery etc, similarly spam chaff - as it “wasn’t fun” and as i was running all 8k i didn’t want to have to move a sh*t load of troops!]

Lord charges Oathsworn “He’s Mighty”, so i can’t charge the Huscarls through him. 5 extra attacks from channelling, 3 from rampage, doubled for Duelist = 40 attacks on the Lord! They got even got a double 1 to live a bit longer on the counter

The Inspiring from the OG are the reasons for the 'eventually ’ comments, as the rerolls were terrible!

Next up was all the infantry (pointy sticks)!
Pike Legion (26/28 nerve, 40 attacks, Brew of Strength and next to Rally 2 and Radiance of Life!); tooled up Dogs of War (Razors of Berlonviche with Sharpness is fun! I got a flank charge and all 60 attacks hit!!!), Shields with Measured Force, Monster slayers with Strength. Oh, and halfling braves ! Battle Shrine and my altar thing stat in middle.

IW is epic! Both DoW hordes got hit, got wavered, killed things on the “now fearless” counter.

Note to self - remember Golems are H4 and can see over hills!

Do not charge a pike legion with a dragon! Even the massive de6 brute thing didn’t like it!

They got hit by channelling! My rampage giant spent most of the game doing damage to my own stuff which the phoenix kept taking off! Then summoned gods stopped him doing anything!

Got bit lucky when cursed son, with doubled v monsters and HSB couldn’t kill a wounded giant, who then stomped him and magi support.

AD hordes, even the shooty stuff are really hard to kill! 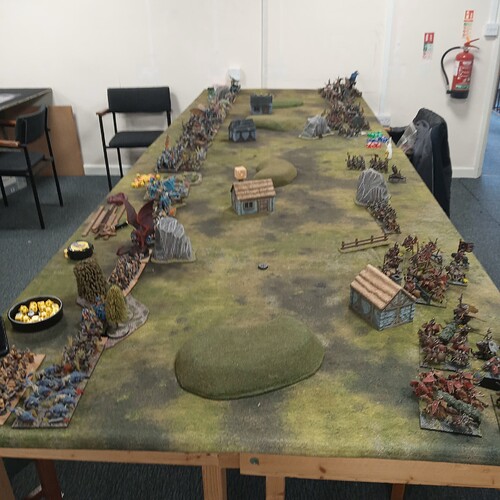 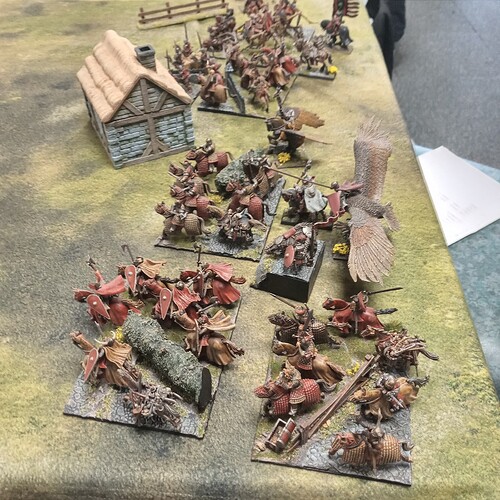 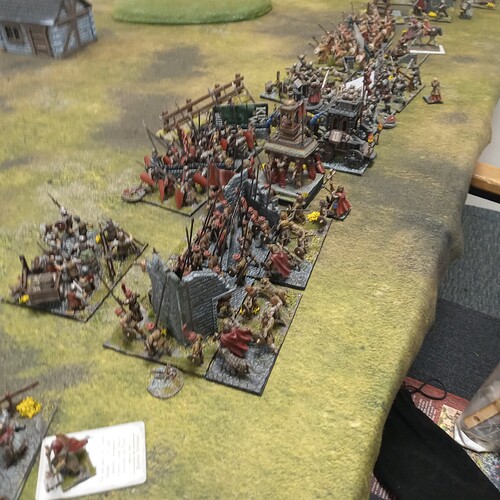 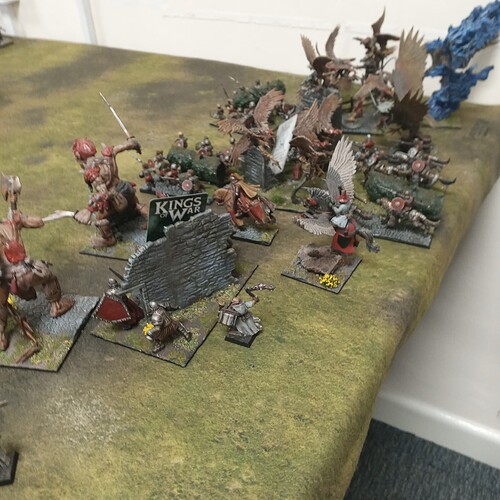 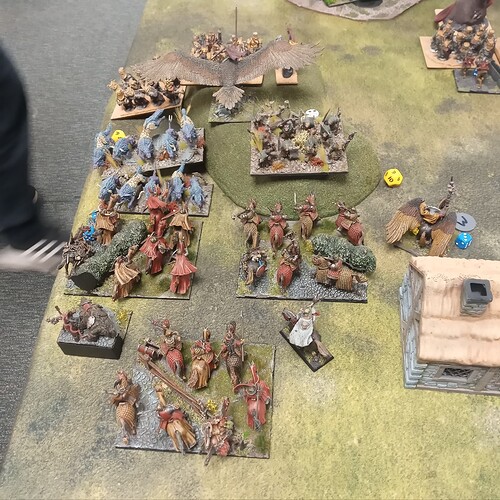 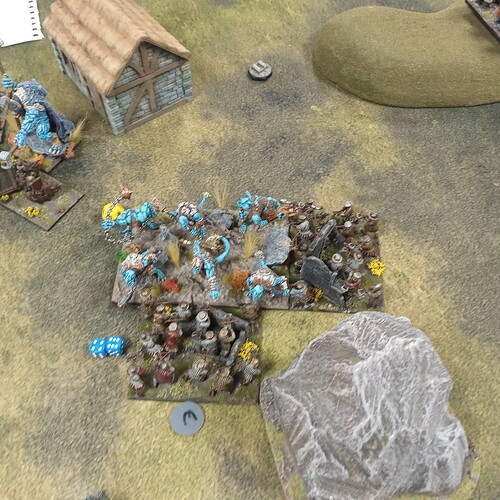 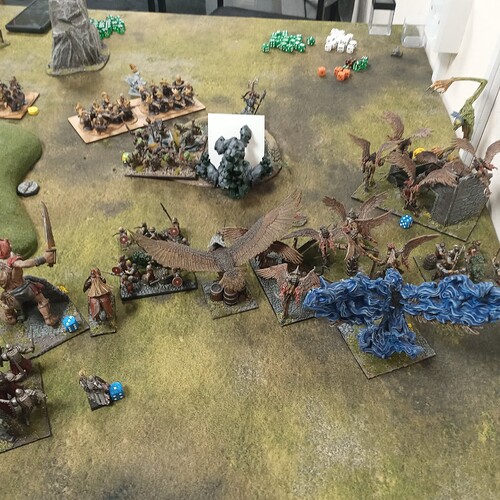 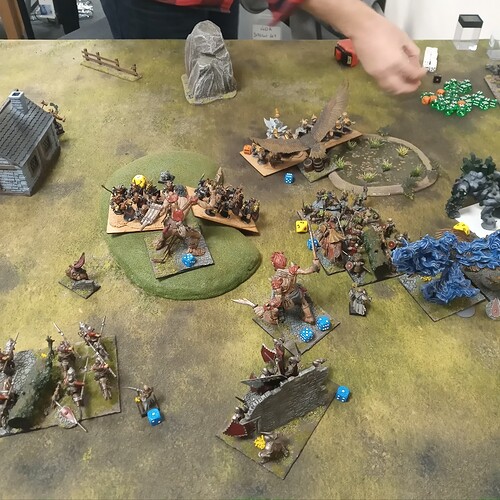 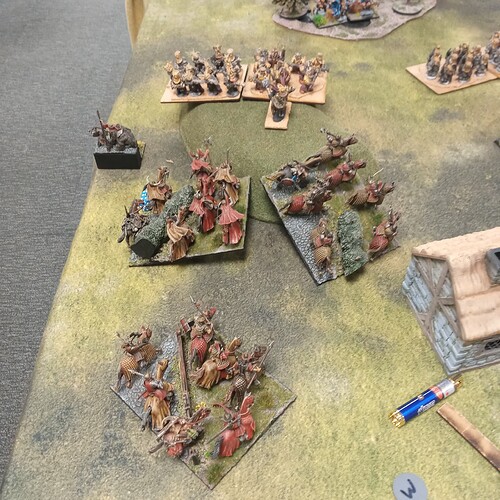 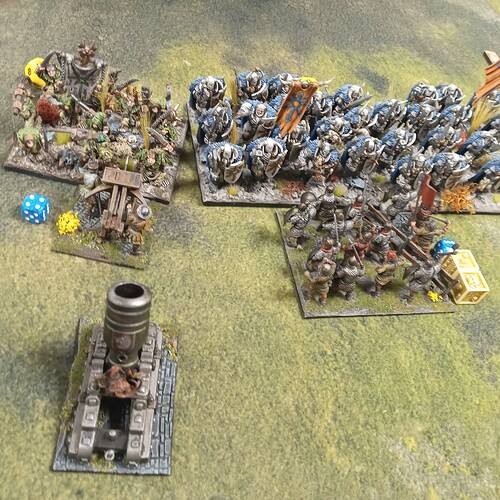 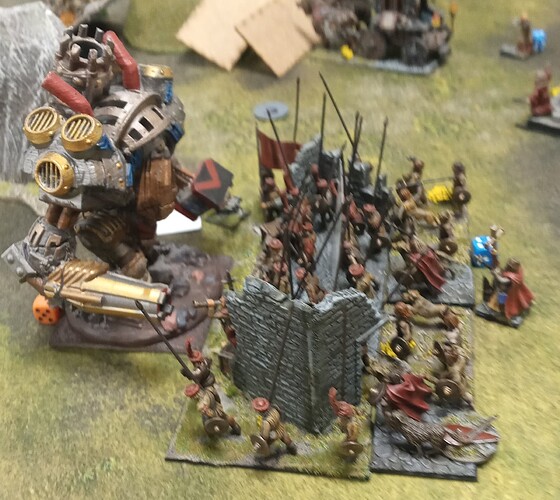 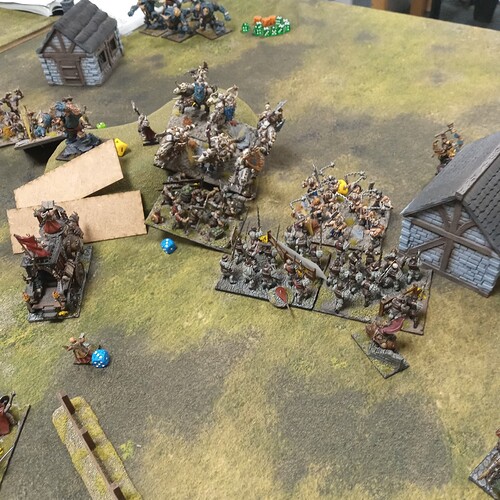 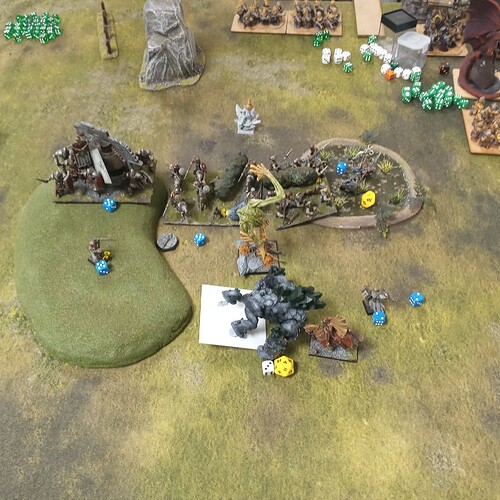 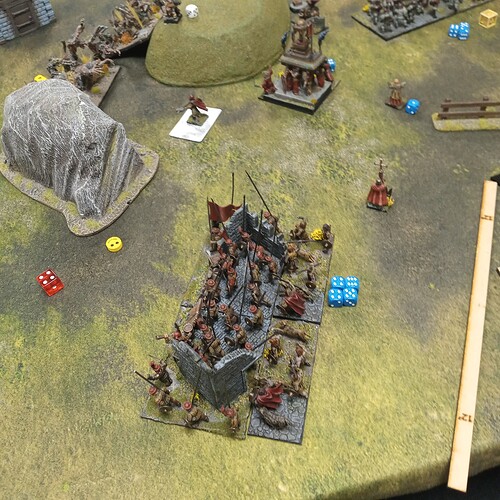 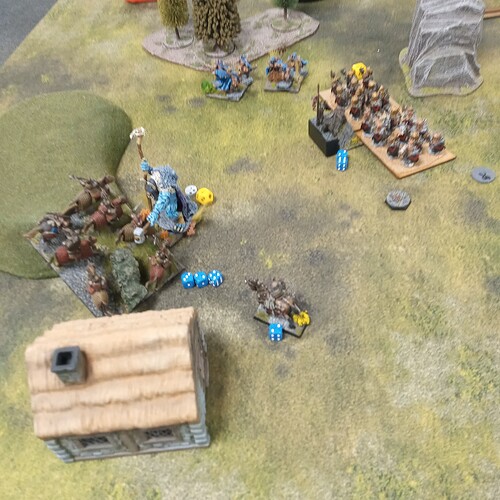