work on the principle that exclusive means just that and they’ll never be available outside of the box. Then if anything happens in the future that alters that it will be a pleasant surprise.

Think both goblins & rats are nice bits of kit, but will take a few more releases for them to get me to buy in - you also need to factor in that great goblin/rats sculpts will cost the same as other, more ‘point heavy’ units

work on the principle that exclusive means just that and they’ll never be available outside of the box. Then if anything happens in the future that alters that it will be a pleasant surprise.

But it would be an unpleasant surprise for me if I bought the box and then that happened… which is why I want Mantic to actually explain this.

Stuff that has been exclusive in the past has normally been impossible to get. Assume it will be the case now too. Of course they are free to change their mind later. E.g. if they find themselves with a lot of stock in later years, or like in the case of the old Abyssal horsemen (?) when they found several boxes of the old out of print minis they offered them out again.

if you are after a definite answer your best bet would be to contact Mantic, this isn’t an official forum being run by fans of KoW so the chances of a conclusive answer are slim. A mantic staffer would have to see the thread and then answer it, and while there are a few they don’t frequent the forum on a daily basis. Rob or Elvis are the pair that spring to mind in getting a response from, just because of their roles within the company

i’ve bit the bullet and pre-ordered the starter box, as i needed 40 goblins either way. i figure the trolls are an extra and i’m sure to fit them in between my Orc and Goblin armies. If i sell the Ratkin, i can buy a winggit/+Mincer/Blaster, with the money i get back

Hehehe… Think of it as an investment into a future army

Here’s what I gleaned from the Countercharge interview:

Nice summary, many thanks for sharing it here!

The intention is that the only way to buy these two models is through this set.

They will likely go to Mantic Points later, but won’t be offered for general sale.

Neither of these models are unique units, either. Both have (or will have) a standard equivalent available at retail if you want to field that particular hero (wiz or warlock) in your army. It’s just something nice for the starter set and since this is the first time both the Ratkin and Goblin plastics are available (at a really good price) it’s kind of a no-brainer if you collect either of these armies.

Fantastic, thank you so much for a clear answer Dave, appreciate that a lot

A new preview on the Halpi’s Rift supplement: 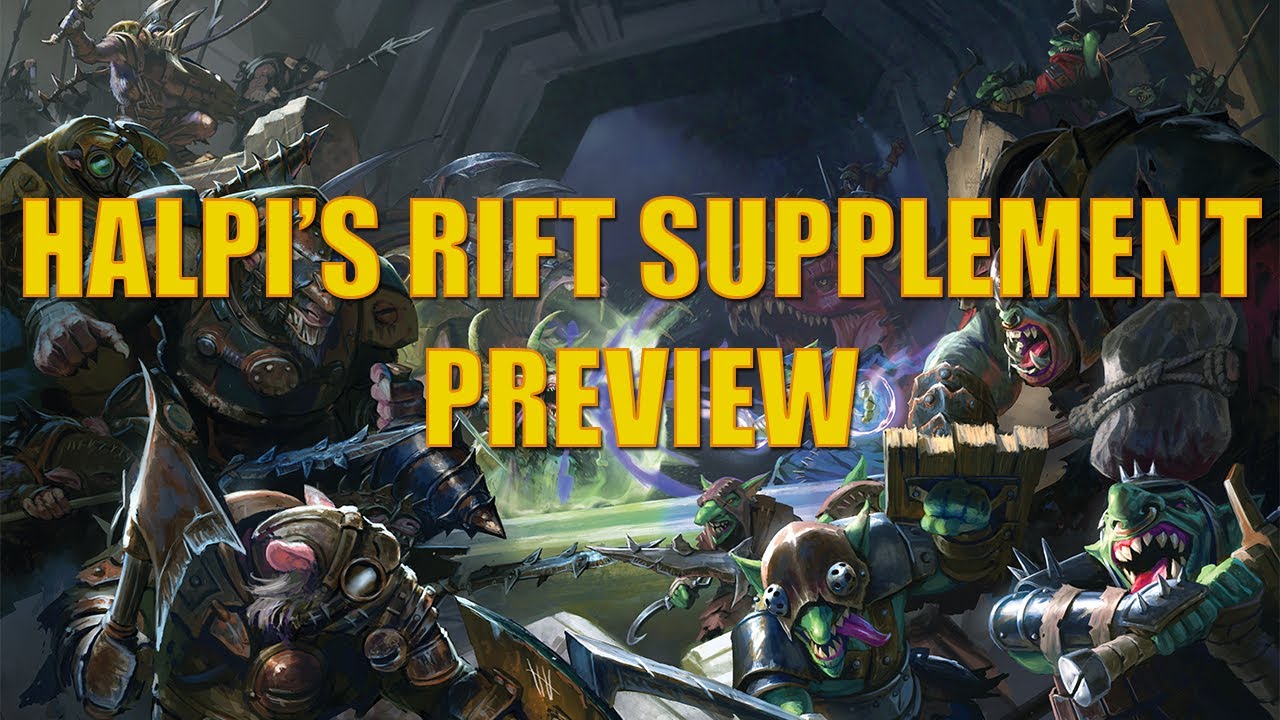 Blockquote
standard goblins don’t get CS1 in vanguard, luggits who are bigger goblins armed with heavier weapons do, but rabble and spitters don’t.

you are right, standard GRUNT goblins do not get CS1 in vanguard. but the standard goblin WARRIOR in vanguard is a Luggit. Which makes it equivalent to a Northern Alliance Huscarl (WARRIOR) or an Orc Morax (WARRIOR). Elves do not even have a CS1 WARRIOR unit. I disliked that fact when they changed that. but enough rant from me about that!

Blockquote
and in the lore “occasionally a goblin will (unfortunately) need to engage in melee combat. In this case, they will scavenge whatever weaponry they can find and group together in large, unwieldy swarms. The resulting Rabble is chaotic but potentially deadly.”

ah! thanks for clearing that up.

It looks the Halpi’s Rift is already shipping and a review of the supplement has appeared on the Dash28 blog,

Halpi’s Rift: Product Review, Should You Buy It?

Greetings Dash28 fans, it’s exciting times in Pannithor, as Halpi’s Rift is officially here, sort of. As copies trickle out to stores and pre-orders, some of us are lucky to already hav…

I receiced my copy a few days ago

Mine came today. I like the new Undead hero with Elite for skeletons.