So (one of the many!) plans for 2023 is a mainly mantic army and Abyssal Dwarfs (potentially with spin-off slaves) looks like a runner.

The upcoming Ambush starter set for goblins looks too good value to pass up, so I wanted at least one regardless!

A helpful couple of pics from Gerr over on discord showed that the decimator arms can fit on those, while I have lots of spare 2hw from oathmark heavy dwarf kit, which also work on them (as do the armoured heads)

The regular golems look good, quite fancy using chroneas as infernok, the halfbreeds (at least the character ones) getting body swaps for the new dwarf bits (thank @KirstenTiger for that idea).

Will probably source some random weird sh*te as Grotesques and at this present moment idea is to convert a gw stegadon into a helfane.

Wanted to avoid the often used lava type AD basing and thought a pale/arid look would work (which will also complement my RFO) and contrast nicely with planned black/purple & bronze/gold paint scheme.

From an old ebay job lot of wedding cake pillars I still have a bunch left - will break these up for more of a ruined look (they are plaster), either temple or flagstone gsw roller and usual tike grout/sand combo for rest of basing. 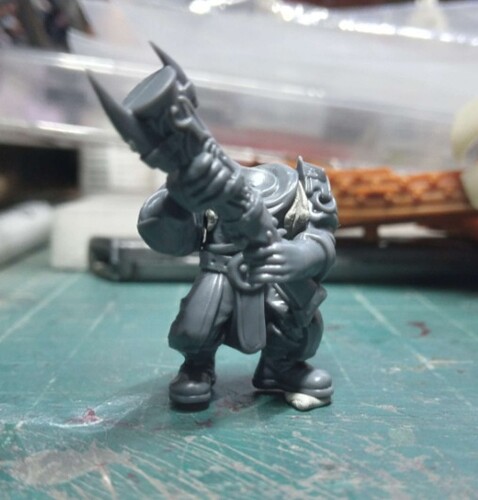 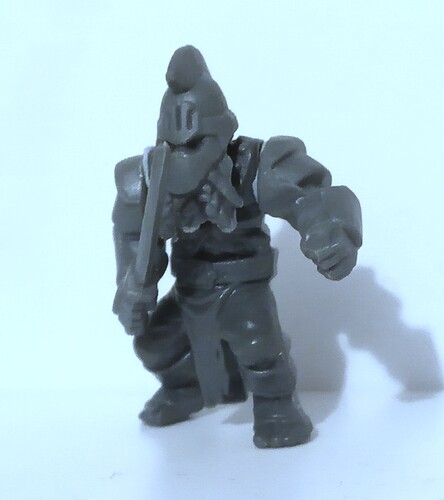 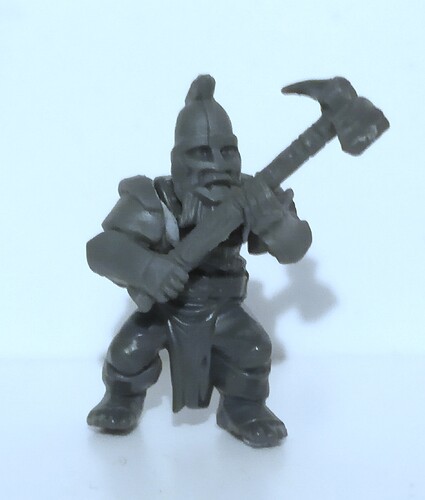 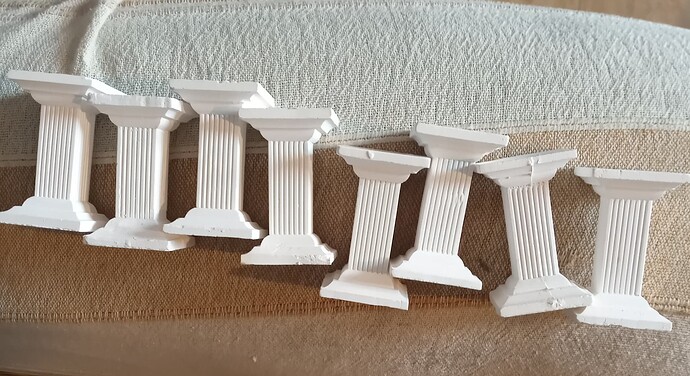 My take on rocket launchers 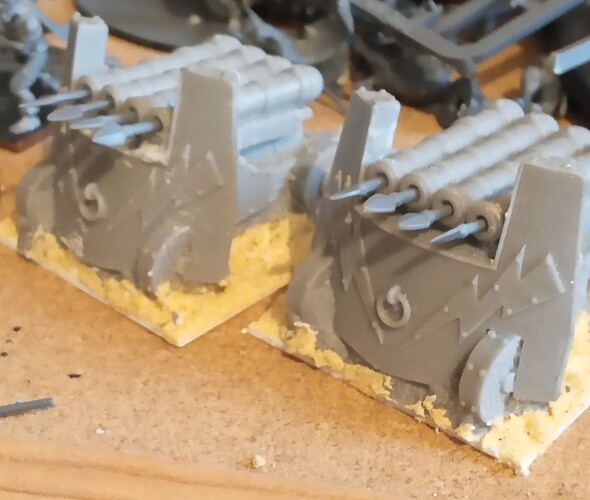 Currently awaiting the first lot infantry (40 Abyssal Dwarfs, 30 oathmark heavies) and the goblin Ambush set isn’t out yet, so more browsing/musing/drunken impulse thinking about what else is going in the army!

Had thought about doing 3rd party Grotesques, but this review has sold me on them - they look awesomely weird! 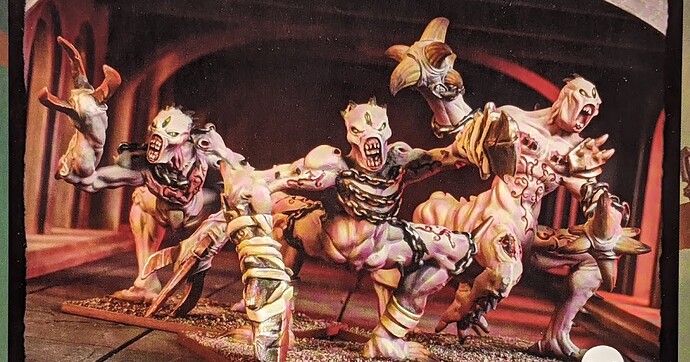 Kind of Gross, if you ask me

A blog about modelling, painting and gaming (mainly with miniatures). Because it is all fun and games until somebody loses an eye. 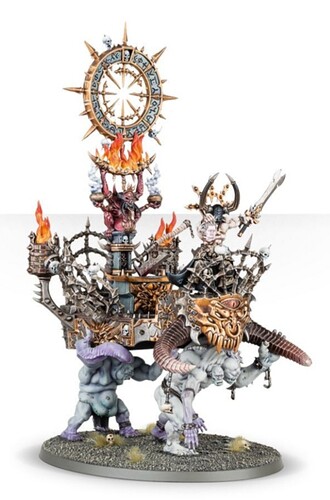 Some initial very rough and ready kitbashes with the mantic goblin & AD kit plus the oathmark heavies.

The AD heads are a touch big to work on the other bodies, but the OH heads fit nicely on the goblins and some will fit on the AD bodies.

2hw look to work, while the AD shields fit onto cut down OH arms - meaning the full compliment of guns can be used

Depending on the shoulder pads (which might get trimmed down in places), the AD weapon arms fit on the other bodies.

There aren’t a huge number of left weapon arms on the OH sprue, but I’ve some spares so goblin bodies and paired OH weapons look possible runner as berserkers. 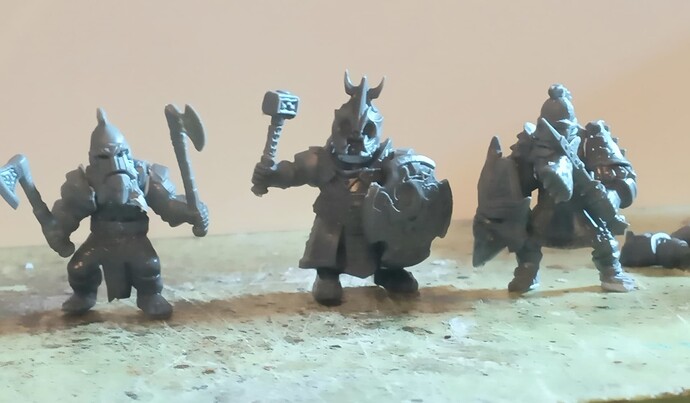 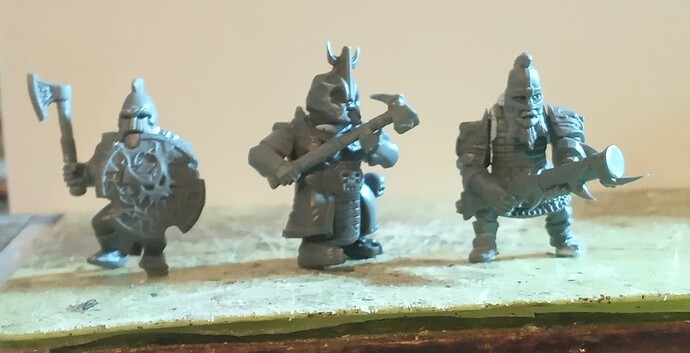 Its certainly enough to have a play with, alongside random stuff in bits-boxes

First lot of the build models - Immortals from the formation; berserker; blacksoul; decimator 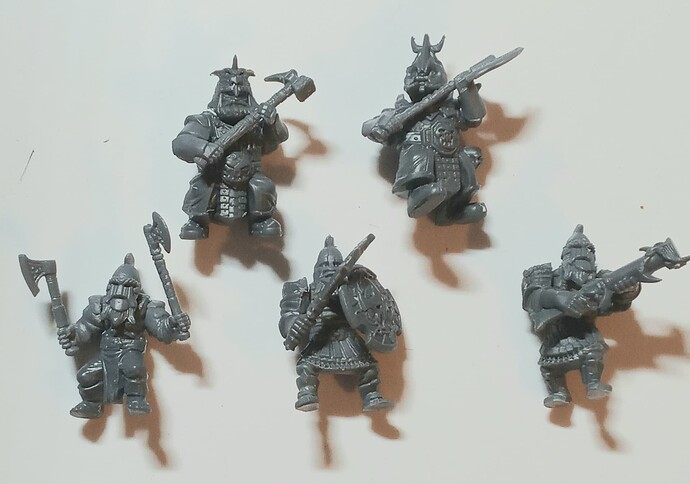 they look great, the mix of Oathmark and Mantic isn’t as harsh as I thought it might be at the start

Yeah, some bits work but others don’t, so it’s a build a model at a time job and see what works 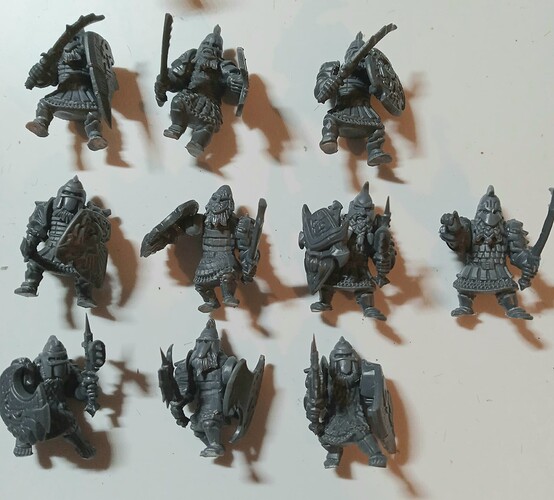 Ah, that’s where it had come from! [was a hacked off bit in a spares box - i did have old DE army]

Do fancy a Cauldon of Blood as another helfane so it joins other DE bits [and a skaven bell/plague engine as the 3rd one!] 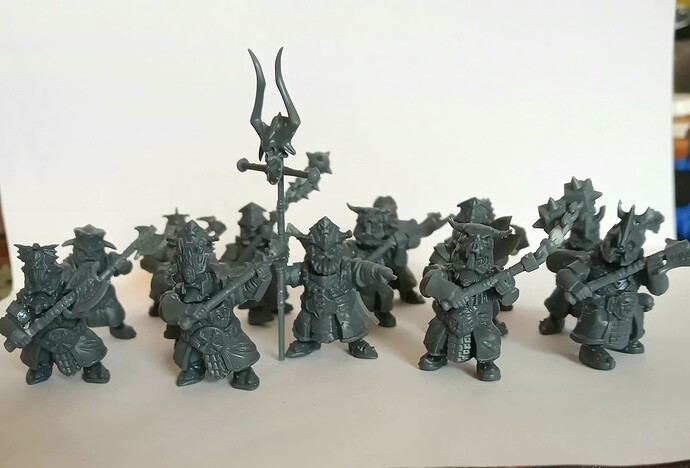 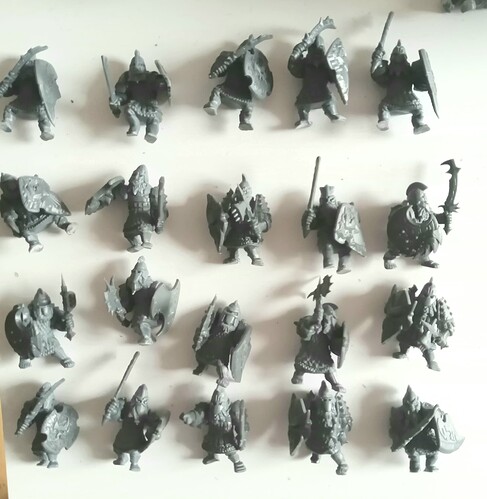 Start of the helfane and the guns to be used as Angkor mortars. 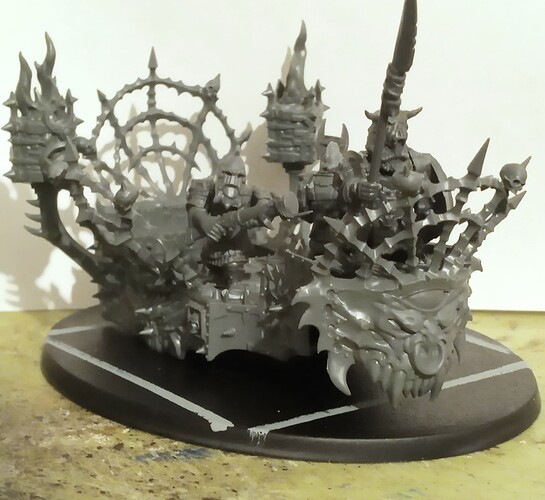 Likely to be a bit chunky, but no complaints at 3 for £9 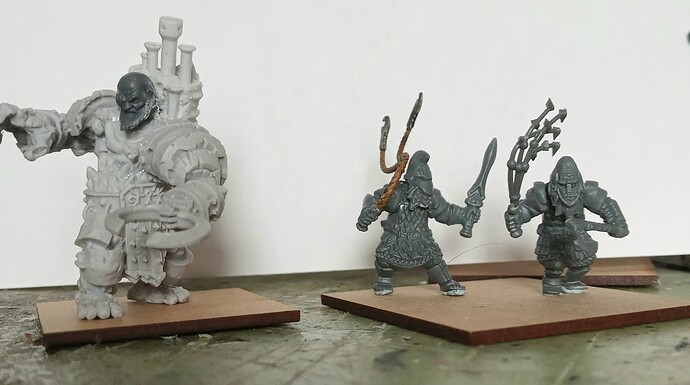 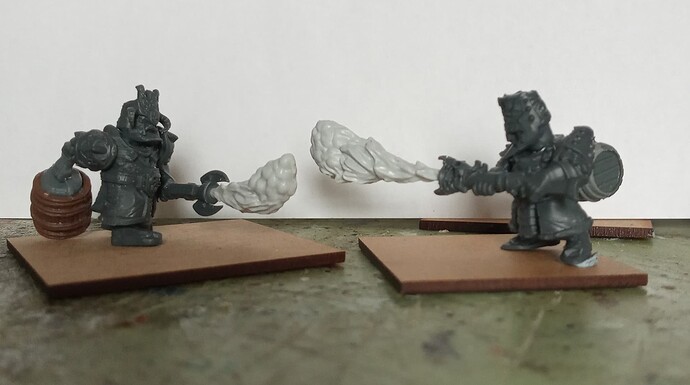 Out in the Ferrous Wastes, Ironcasters have been experimenting - less violent, but equally twisted, variants of Grotesque to act as beasts of burden - alongside one of the vat bred warriors. 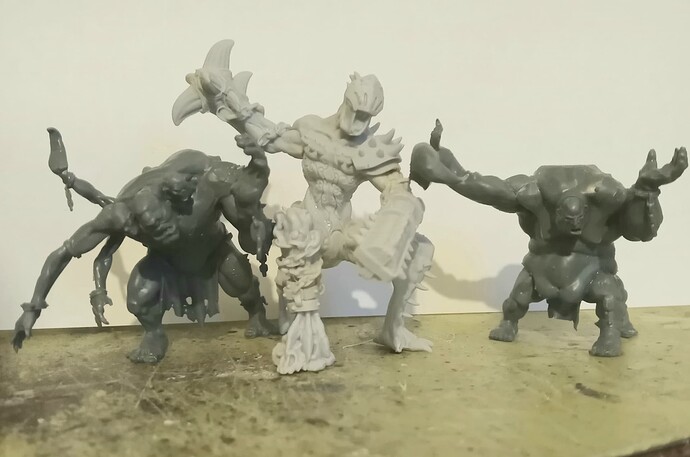 Trying to organize the construction site! 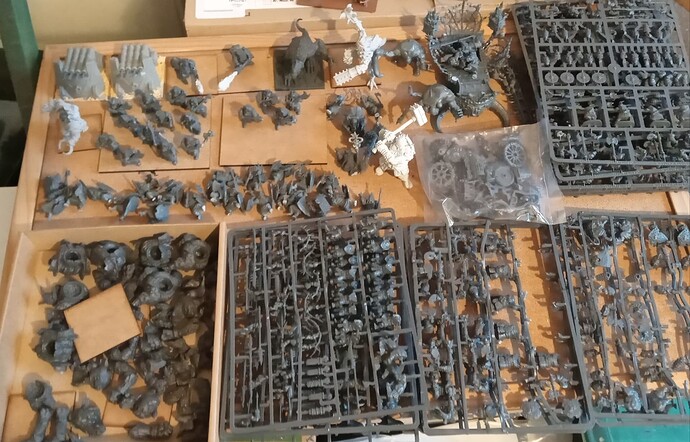