With January’s project out of the way, it was time to decide what to work on in February. Some time ago, a neighbour gave me some bits and pieces of gaming terrain, including a GW Chaos Temple of Skulls. I had given it a quick paint job and then put it aside with a vague idea of using it as the backbone of an army display board, but then I left it to gather dust. Fast forward to this January when the units I painted up had a back story of emerging from a ruined Abyssal temple and I remembered the Temple of Skulls hiding somewhere in the garage. And so was born February’s project. 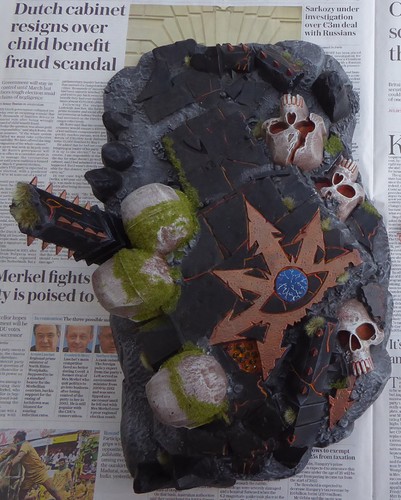 First thing to do was to overhaul the hasty paint scheme and apply more flock and creepers to enhance the impression of an abandoned and overgrown temple. 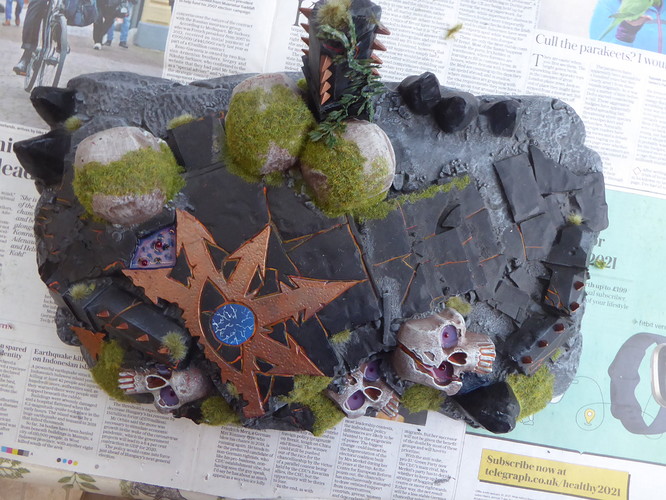 I have previously often considered fitting lights to a display board but had never got round to it – now was the ideal opportunity. I drilled holes to take the LEDs and fitted them with the wires running under the model. I then tested and sealed them in place. 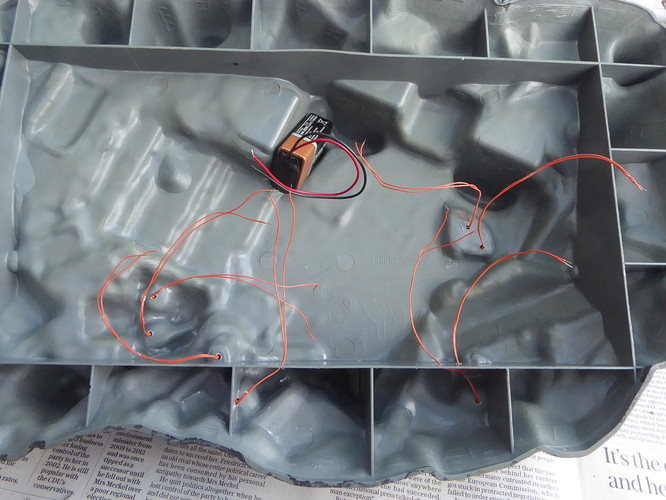 The next stage was to submerge the bulbs in clear water effect so that the red bulbs would glow mysteriously. It is amazing that how much care you take in preparation; the water effect will still manage to find a way to escape. Eventually however, the job was finished. 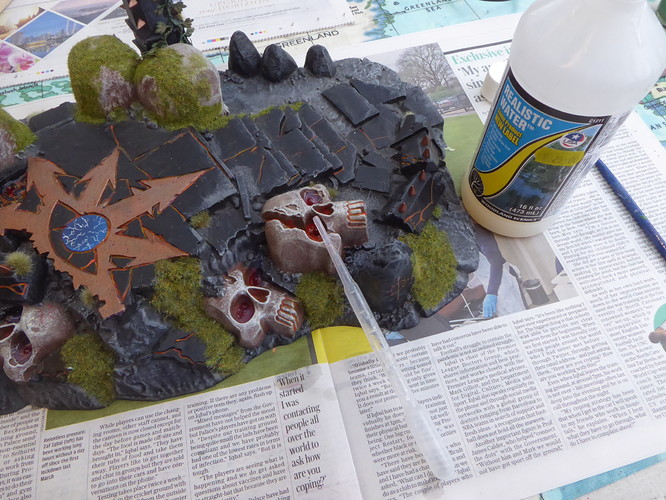 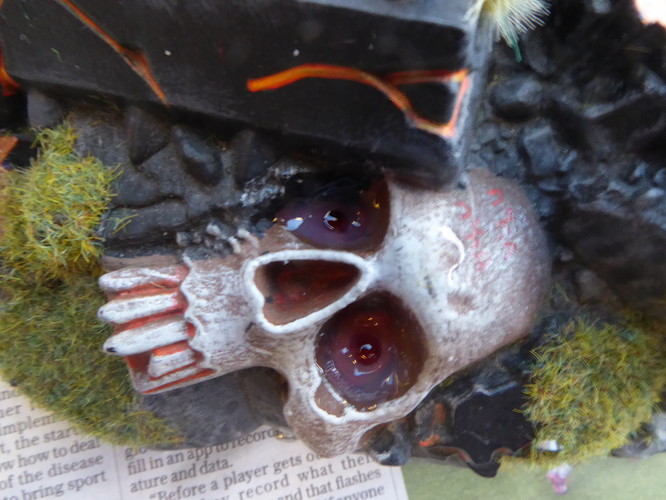 It was then time to wire up the bulbs. In discussion with Moonraker Andy, an electrician, we decided that wiring in parallel would be the best option. 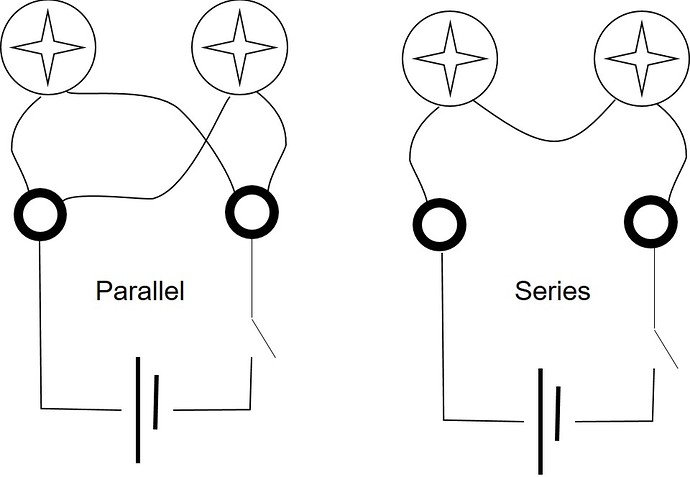 Initially I had intended to simply turn the bulbs on and off by removing the battery but I eventually decided to fit a switch and ordered one on-line. Or rather, I ordered 90 as that seemed to be the smallest quantity that they would supply. 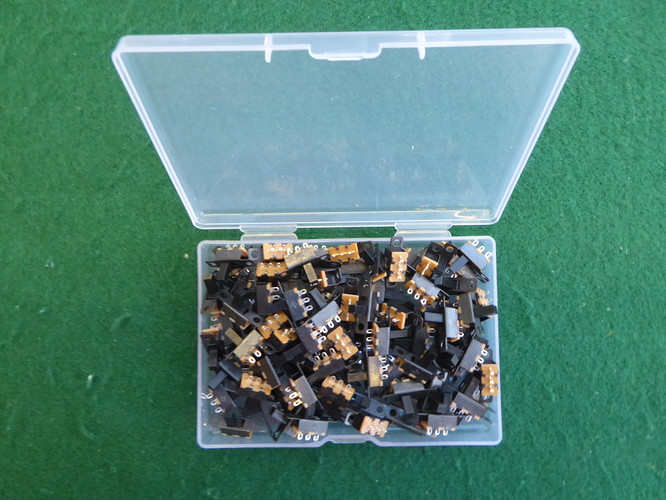 When the switch arrived, it was time to solder everything in place. Now, it has been ** years since my school physics lessons and soldering circuit boards during lunch breaks, but how hard can it be? Much to my surprise, the soldering all went smoothly and I was quite impressed with the result. My wife was equally surprised and impressed that I avoided burning a hole in the dining room table. 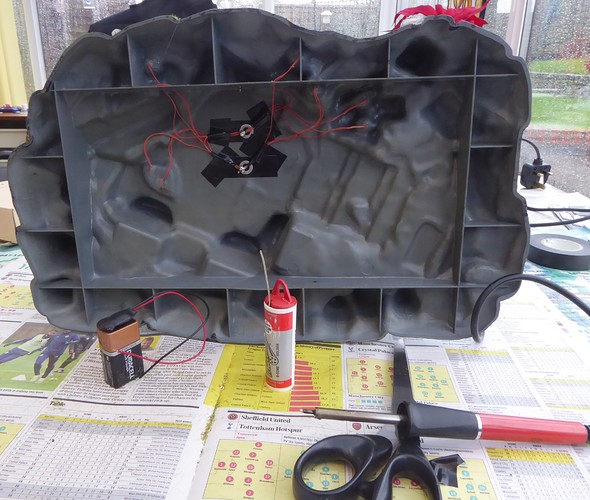 And so, it was time to carry out a final test and everything worked fine. Result. 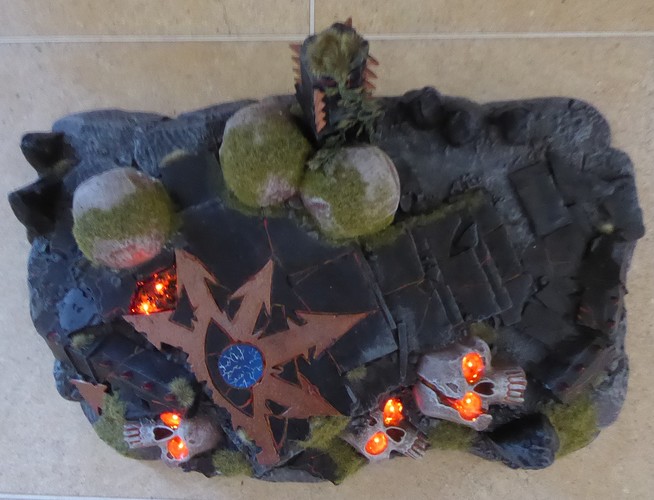 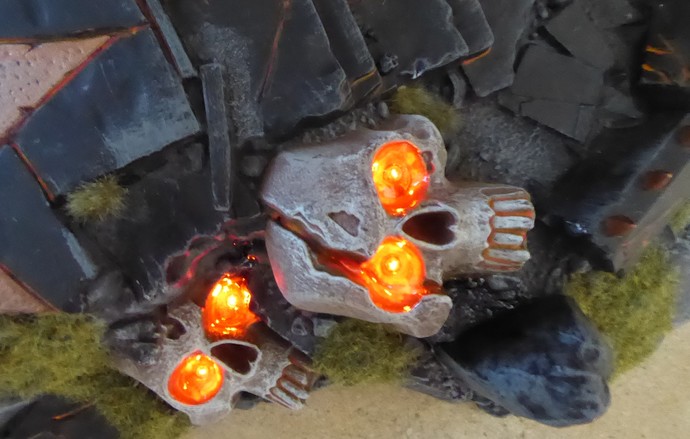 Now to expand the back story and take some atmospheric photos of the temple at night. 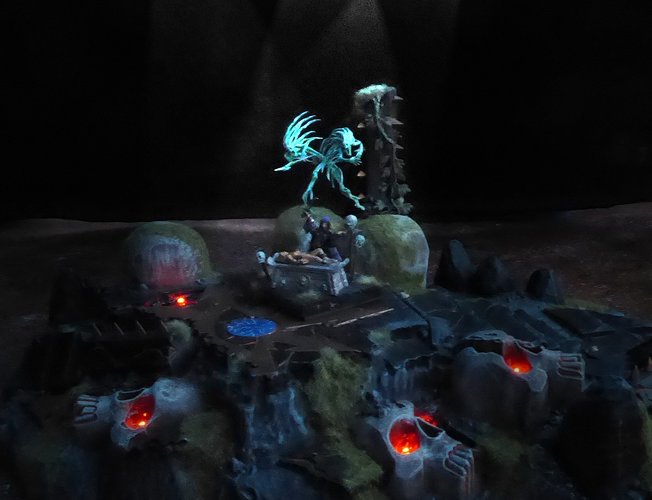 Rodzer Hanzz looked around cautiously, straining eyes and ears for any indication that he had been spotted. Satisfied that he was alone, he leaned down and hefted the drugged girl onto his shoulder and moved carefully towards the ruined temple. It had been many years since the temple had seen people worshipping the strange gods but Rodzer’s arcane readings suggested that the boundary between the human world and the Abyssal deeps was thinning. This temple was situated on a fault line and the correct incantations and sacrifice should open a gateway between the two realms, allowing him to summon an Abyssal and bind it to his will.

The sun had set and the moon was rising in a clear sky. Good. The ceremony had to be completed under the light of a full moon.

Rodzer struggled up the steps to the summit of the temple. Reaching it, he dropped his burden onto the ancient altar and drew breath. The girl was coming out of her drug-induced coma and struggled against her bonds, her cries muted by the gag in her mouth. He smiled, the ceremony would be especially effective if the girl was conscious, the escaping emotions of her terror would add to the efficacy of the incantations.

Reaching into his robes, Rodzer removed the ancient grimoire that listed the incantations to be used. From another pocket, he removed a wicked curved blade and held it up to glint in the last rays of the sun. The girl’s eyes followed the dagger, her whole body writhing in the attempt to break free. Then he waited. Having already waited years for this opportunity, what were a few more hours?

Eventually, he judged the time was right and readied himself. Opening the grimoire, he started chanting aloud, careful to ensure that he pronounced the words clearly and in exact accordance with the script on the pages. As he chanted, he could feel a growing tension in the air, feel a spirit presence. As he reached the climax of the ceremony, he raised the dagger in the air where it glinted in the light of the moon. The girl’s struggles became frantic as she whimpered in terror at the sight of the knife.

Rodzer plunged the knife down …. 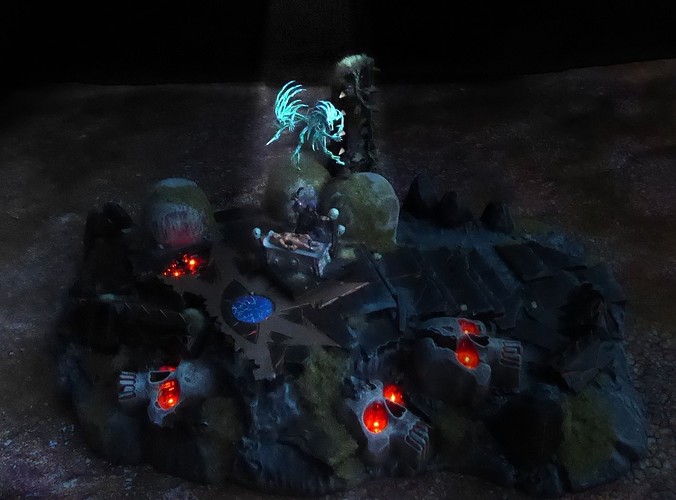 The last couple of pictures are very atmospheric! Interesting to see the whole process laid out.