Luggits: I have a problem! My son and daughter asked me what i wanted for my birthday, and i gave them a few options including some Luggits if they got released in time.

They got me some Luggits… the two from Vangaurd as Mantic were slow in releasing the troop, as well as Kuzlo &Madfall.

I ordered a troop on the 2nd December, which finally got posted on the 17th even though the release date was the 9th, and then got swallowed up in the last minute Xmas rush/brexit debacle, and only arrived on 31st December: so much for Priority mailing costs… but that’s another issue

i digress. My problem is, i now have 12 Luggits too many for a troop, and too few for a MMC Regiment. I’d need another 3 luggits for that.

or buy another troop for the same price €34.99 or thereabouts for ten, but then i’d have 22 Luggits! Too many for a regiment, too few for a MMC Regiment and troop… a vicious circle…

I looked for suitable proxies. The Mantic Goblins are noticably smaller and arent really designed to rebuild for two handed weapons.

i considered stealing a few dwarfs from my Shieldbreakers, but you can’t just stick a Goblin head on them and pretend he is wearing stolen armour… honest you can’t. i tried.

My orcs are too big, espescally those with two handed weapons: Black Orcs, Orruks Brutes and Ork Nobz

Has anyone any suggestions?

i’ll probably proxy with a few Sharpsticks… as ‘Apprentice’ Luggits “coz dey were too big n fick to stay in da sharpstick unit!”

Idk, I would use bigger bodies or even dwarf bodies, just to make them more menacing. Perhaps they took too much mushrooms or fell in shaman’s cauldron.

i have a spare troll, an old Skull Pass one
work on base so far 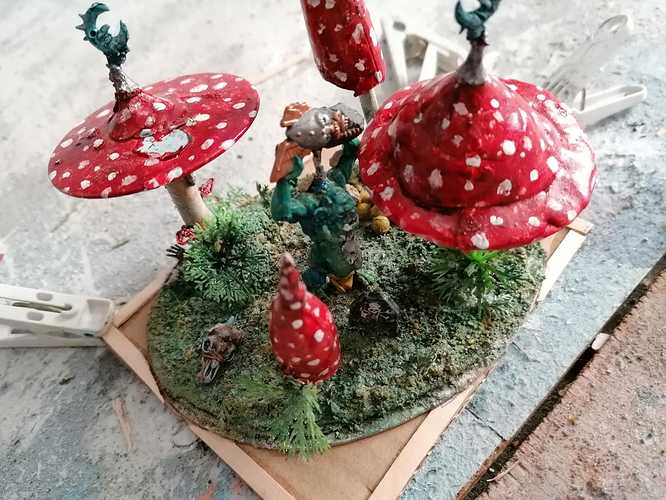 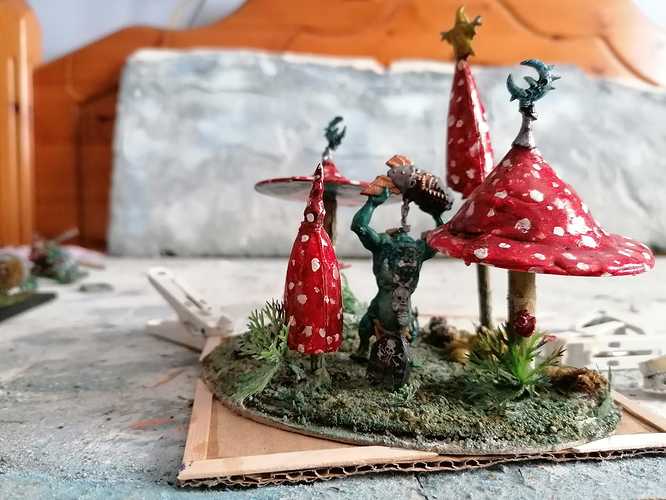 Some great feedback and ideas. The mushrooms base ended up being too big, so I built a new one from scratch. Once I add the troll on his base, and a few old skaven models with Goblin heads and big weapons in the middle of the base where they can not be seen too much, I suddenly find myself with a full regiment 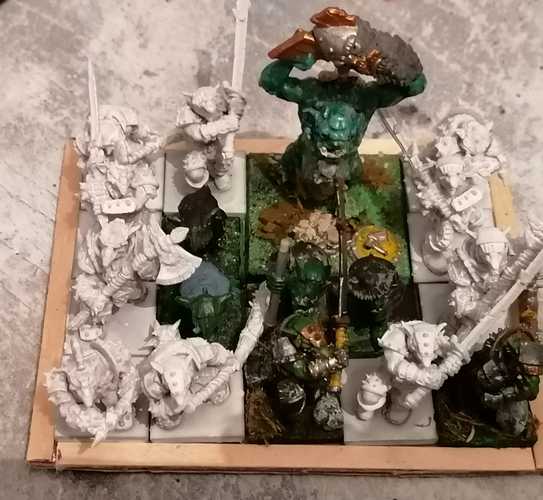 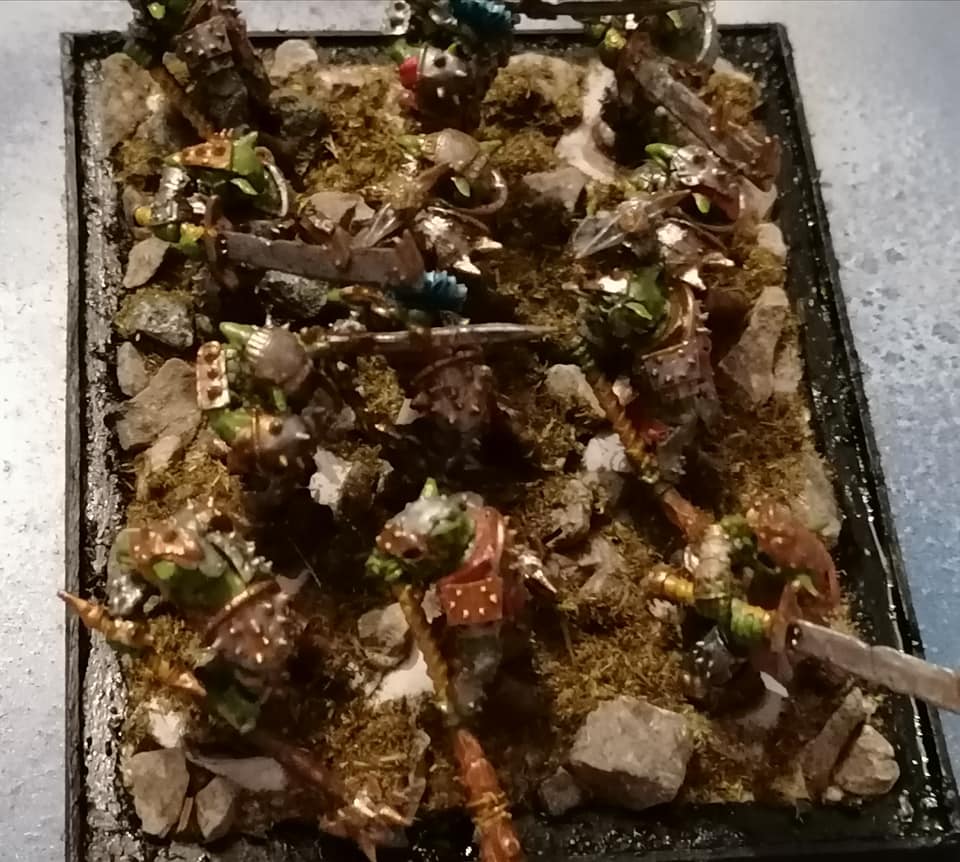 Second batch of pics of the Goblin Luggits Gang regiment (Work in progress, awaiting final touch up. ) However, my limited unit of 12 Goblin Luggits fits nicely on a regiment base. Better photos when I get some sunshine…a dry brushing of the rocks and green grass has given the base more of The Burren terrain effect I was aiming for. A wash of brown has added shade and given the steel a rusty burnished look. just added a white drybrush on the goblins to highlight them, bringing up the high points of which there are many
i’ll add the finished unit to my army list