After some deliberation I decided that the best match would be the Dwarfs Dark Cousins , the Abyssal Dwarfs, and so set about collecting and painting an Abyssal Dwarf army.

First off I wanted an impressive centrepiece Model to instill fear into the hearts of my foes , what better than the might Ancient Abyssal Halfbreed to carry my General into battle ? 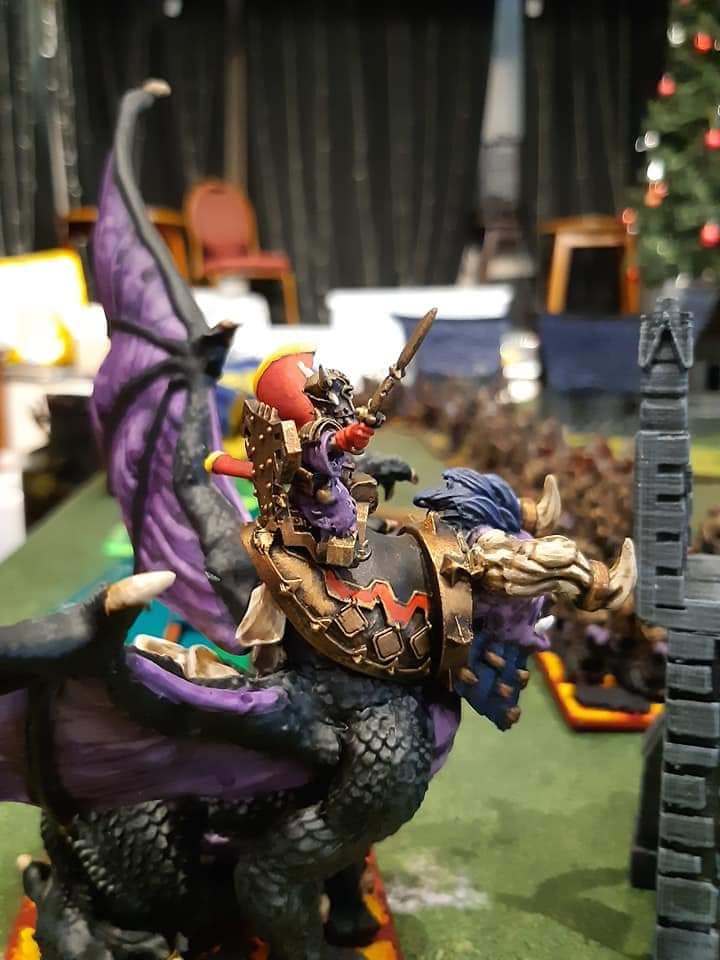 ahead with the units. To protect the General I painted a couple of Regiments of Immortal Guards to help hold the battle line. 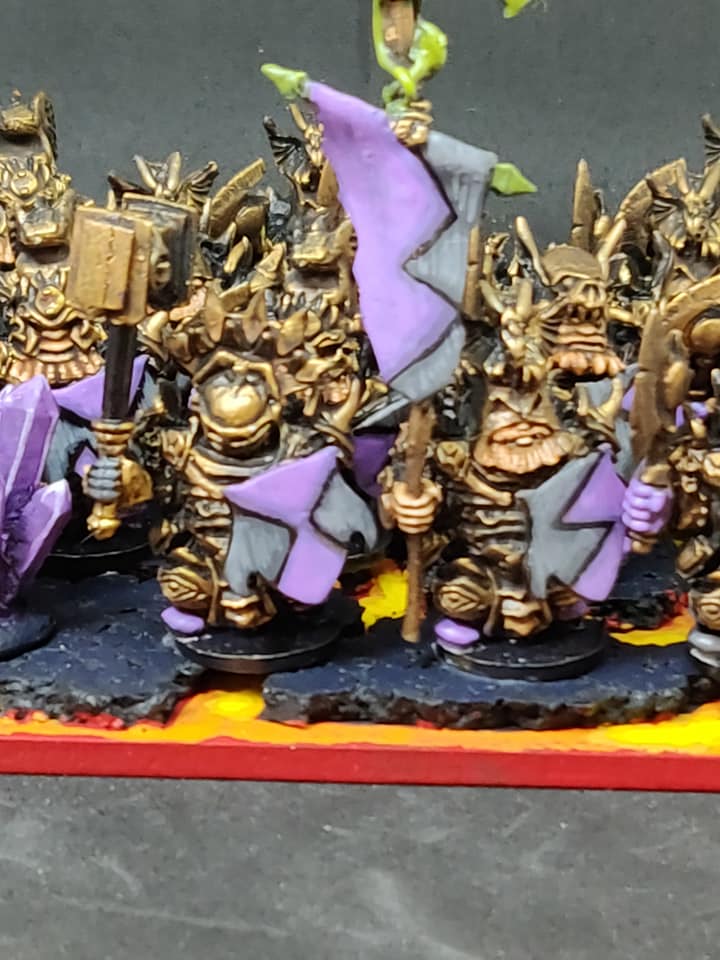 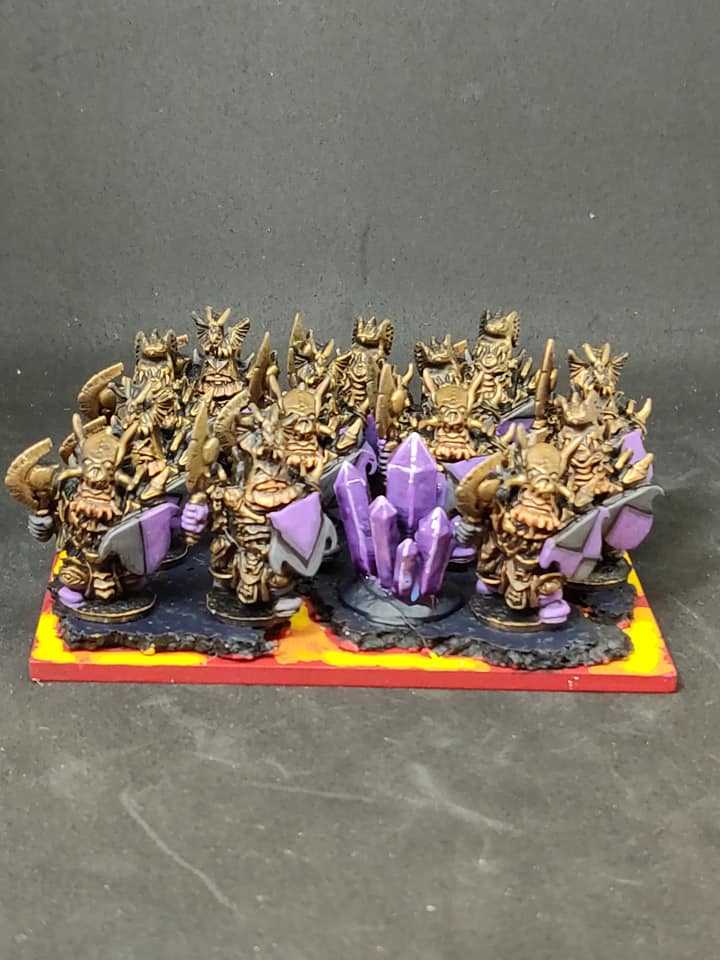 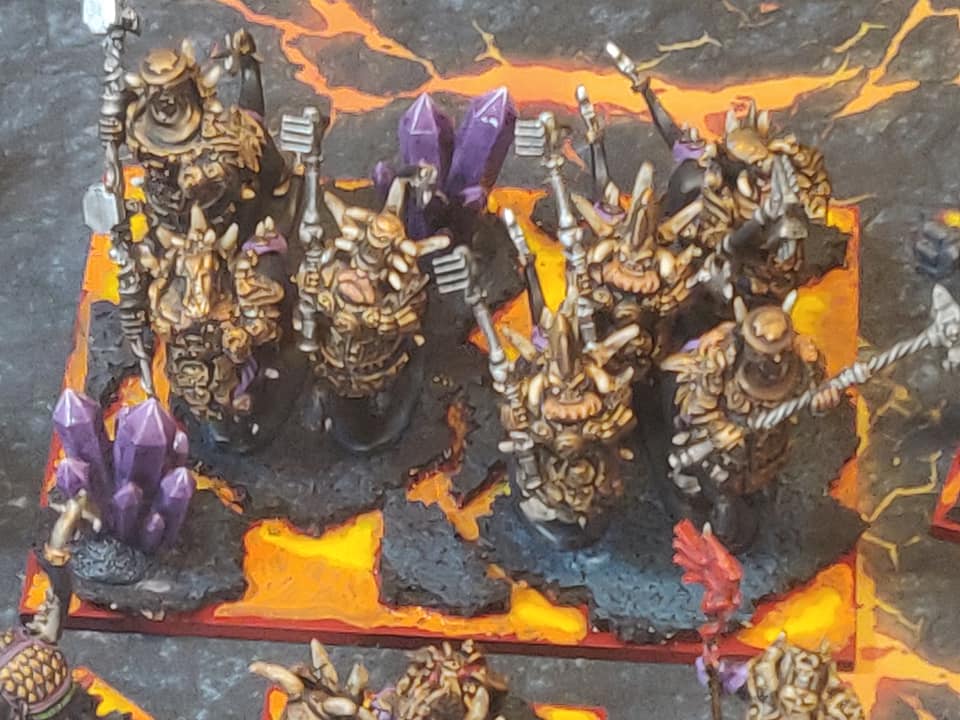 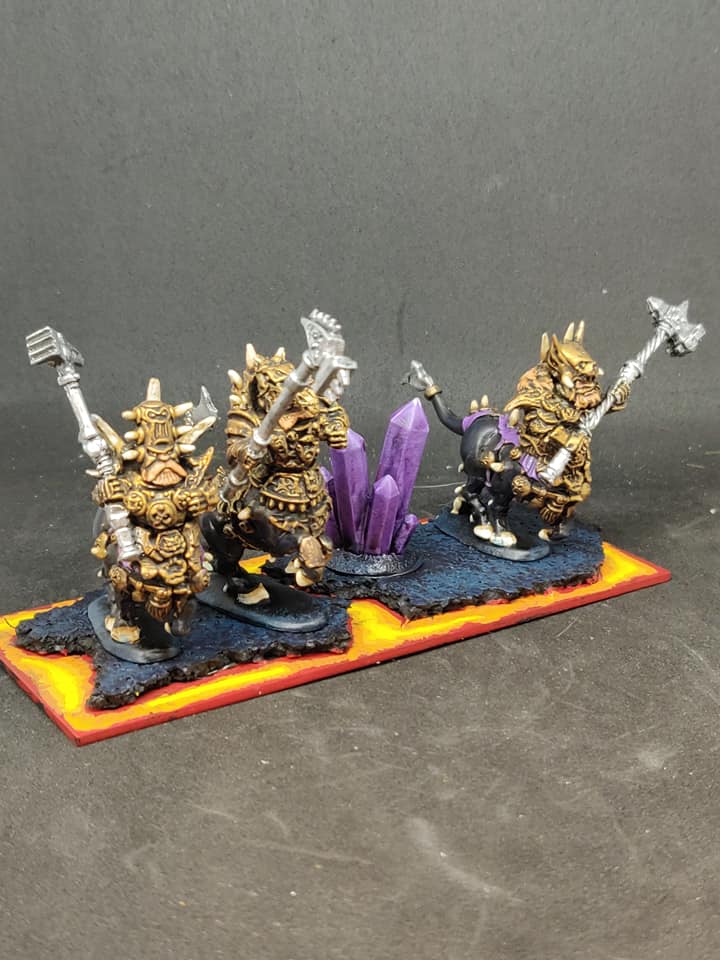 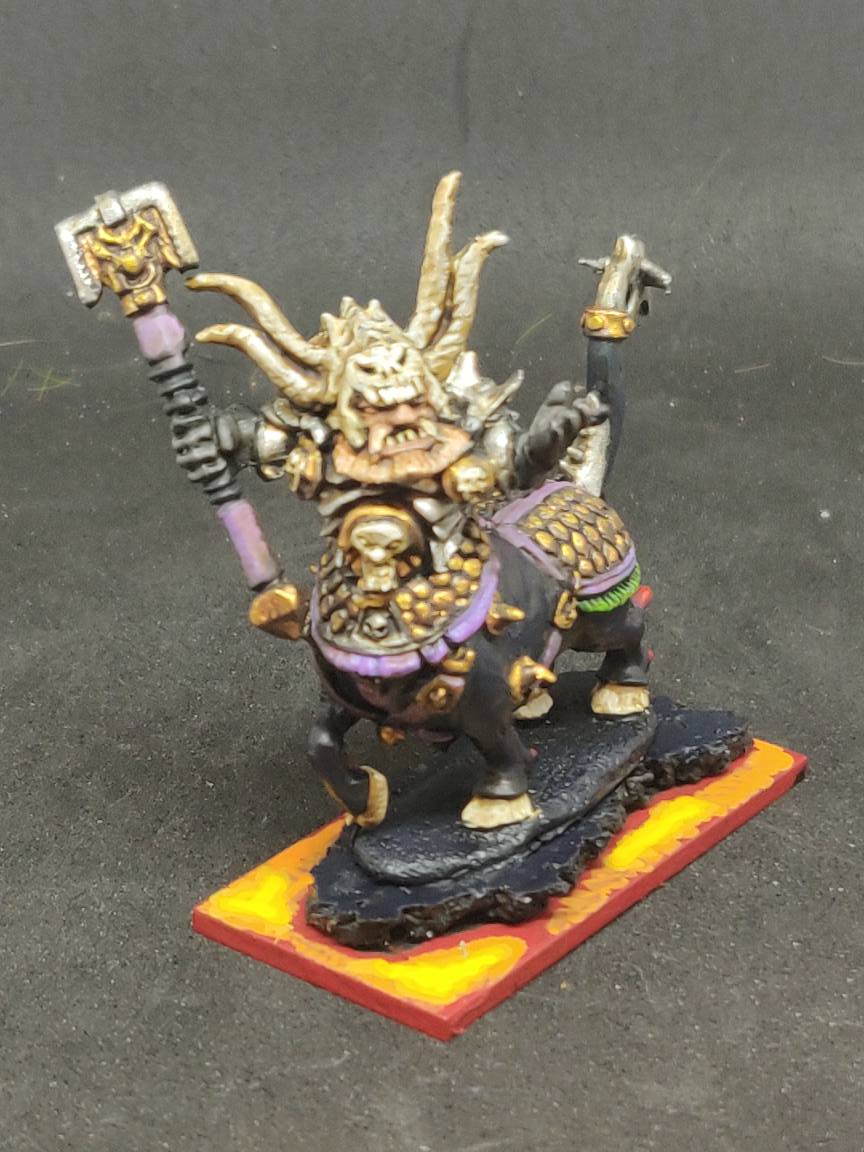 Then it was on to the Mighty Obsidian Golems , the new Charnox model wasn’t available so the Hordes are just the ordinary models but I have enough spare to make an extra horde when I get around to buying a Charnox 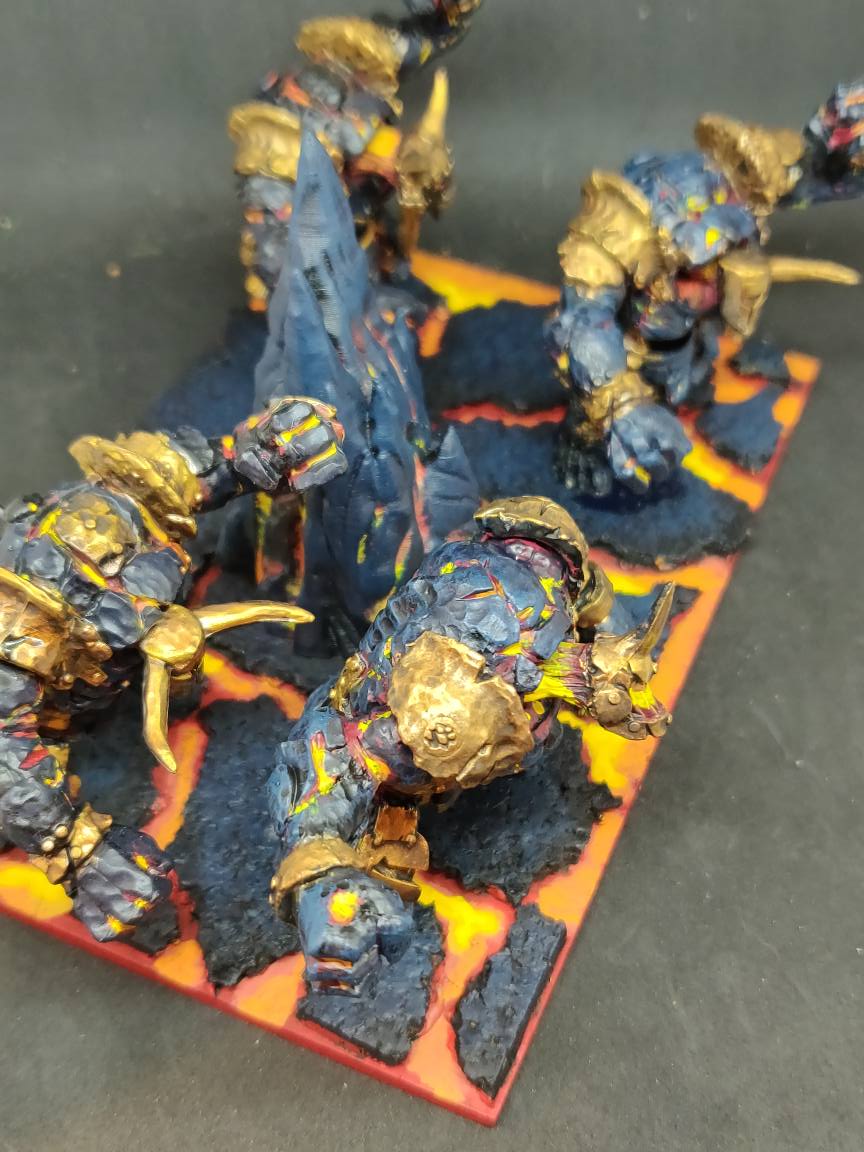 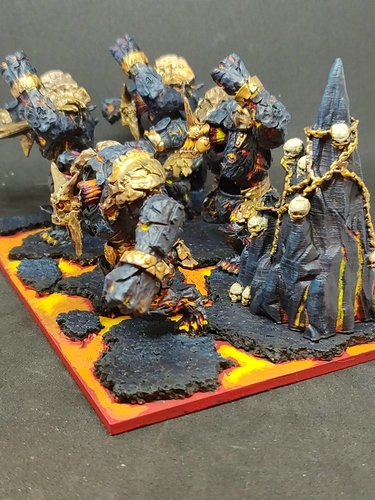 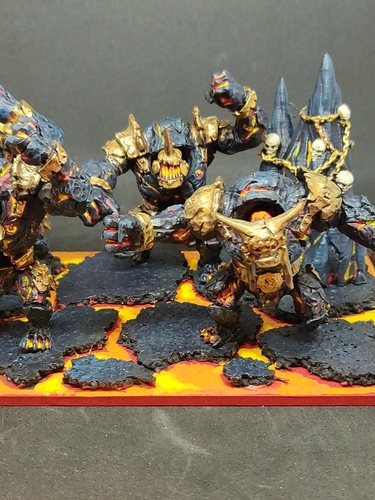 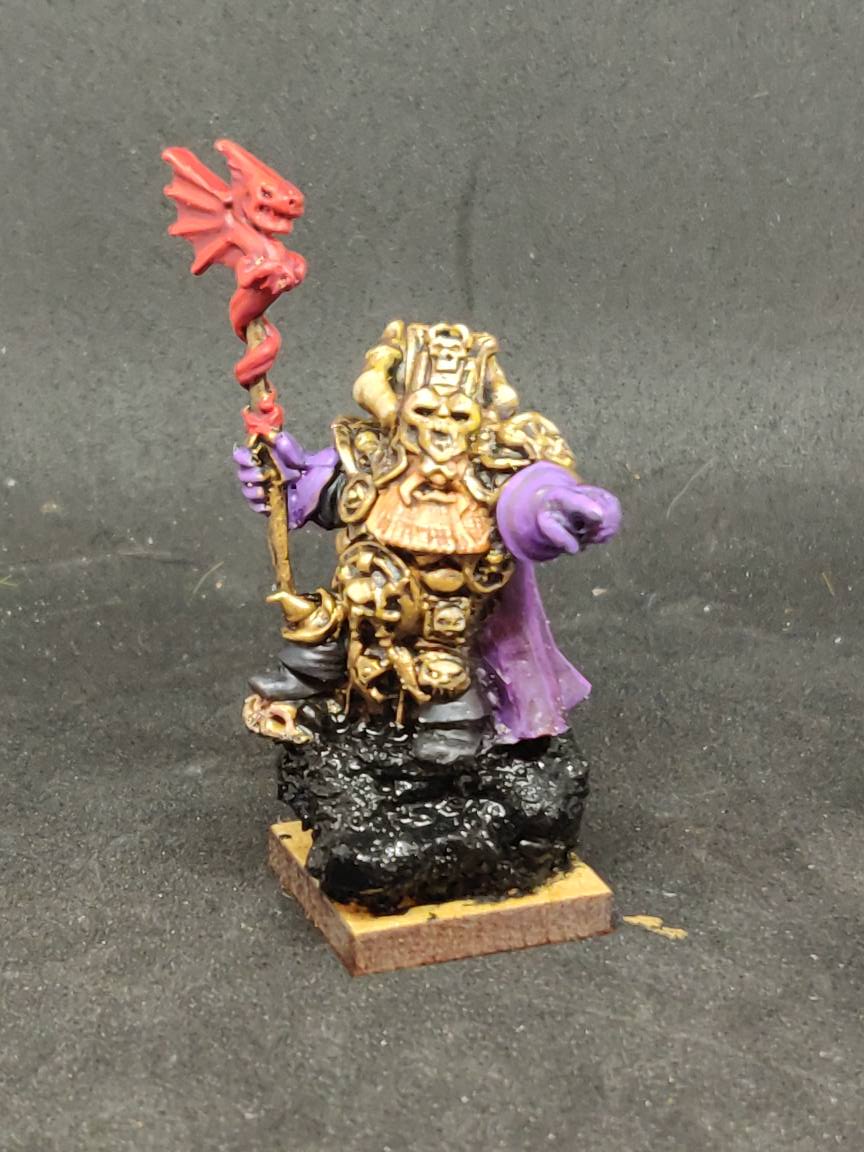 Once these hordes were completed I had the heart of my Army , I moved onto the War Machines painting Heavy and Light Mortars and Dragonfire Teams. 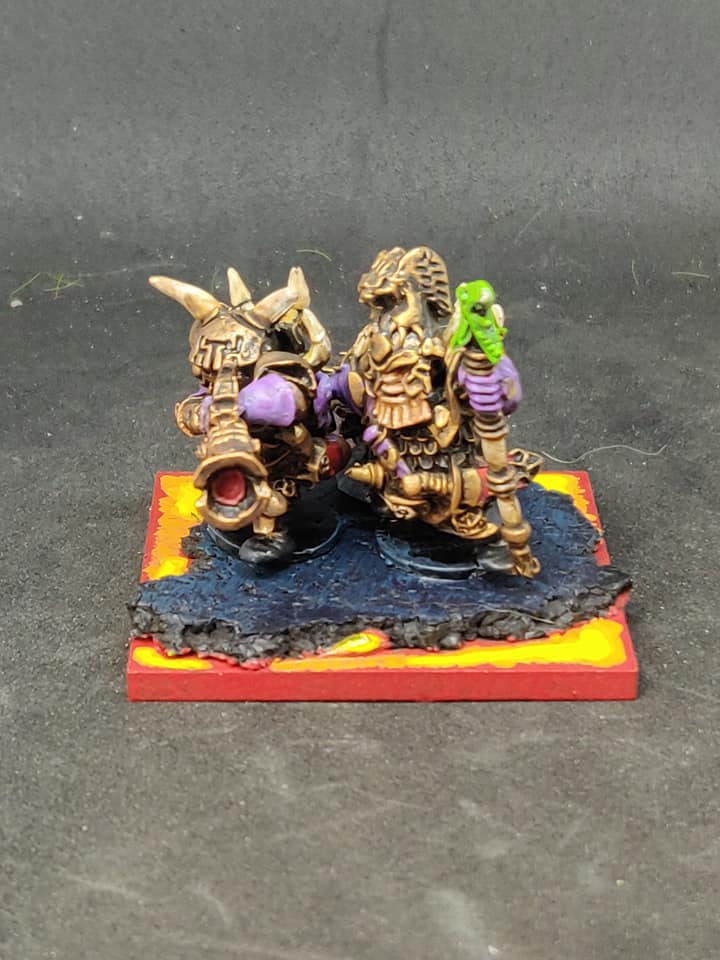 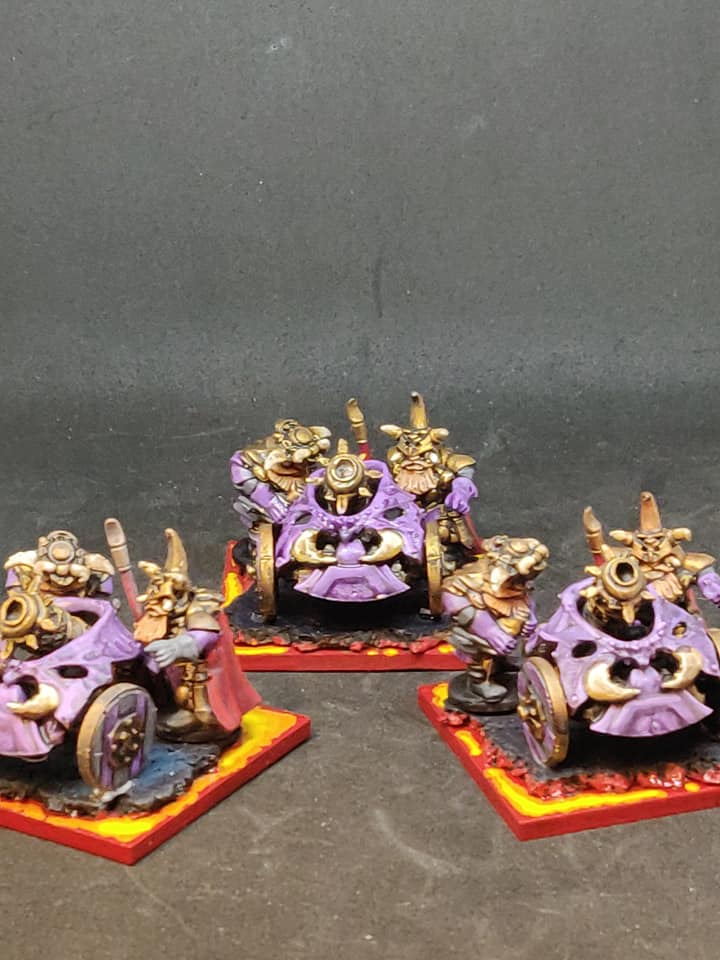 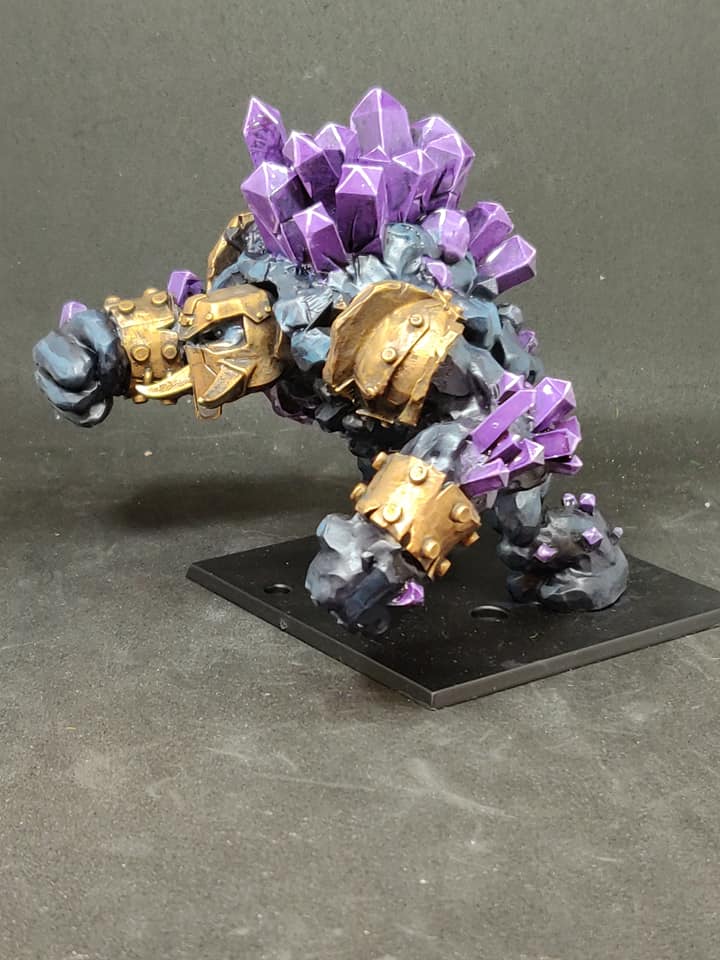 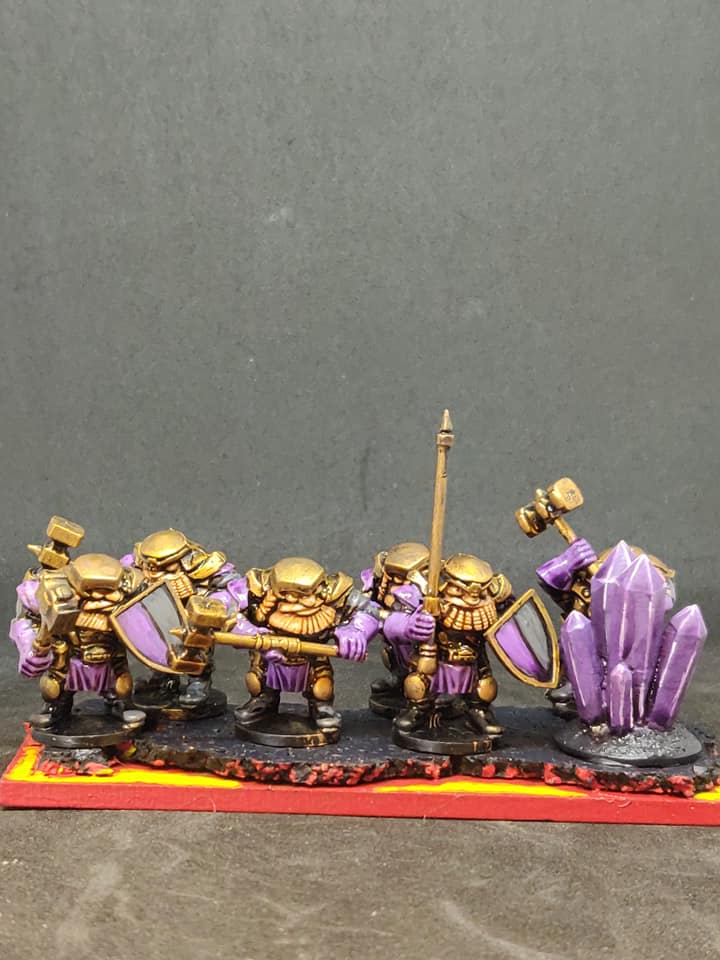 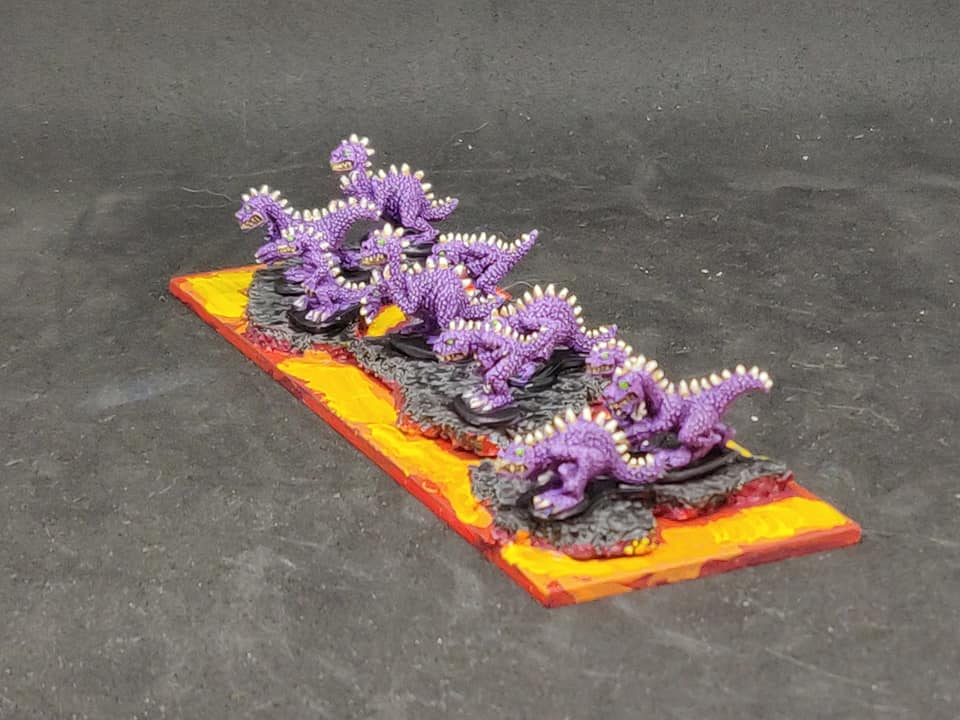 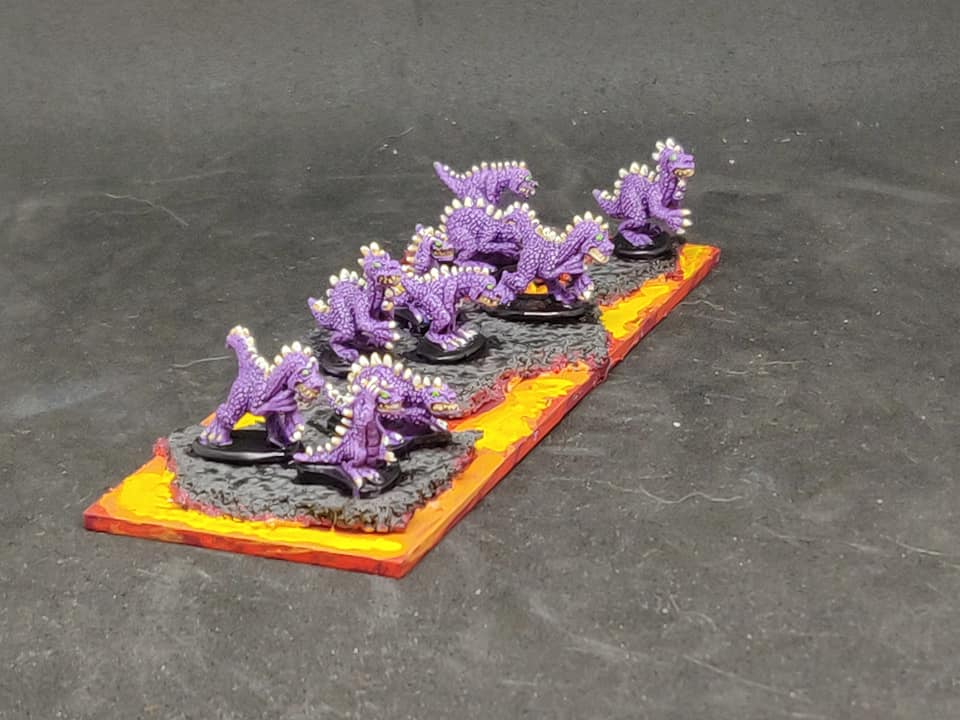 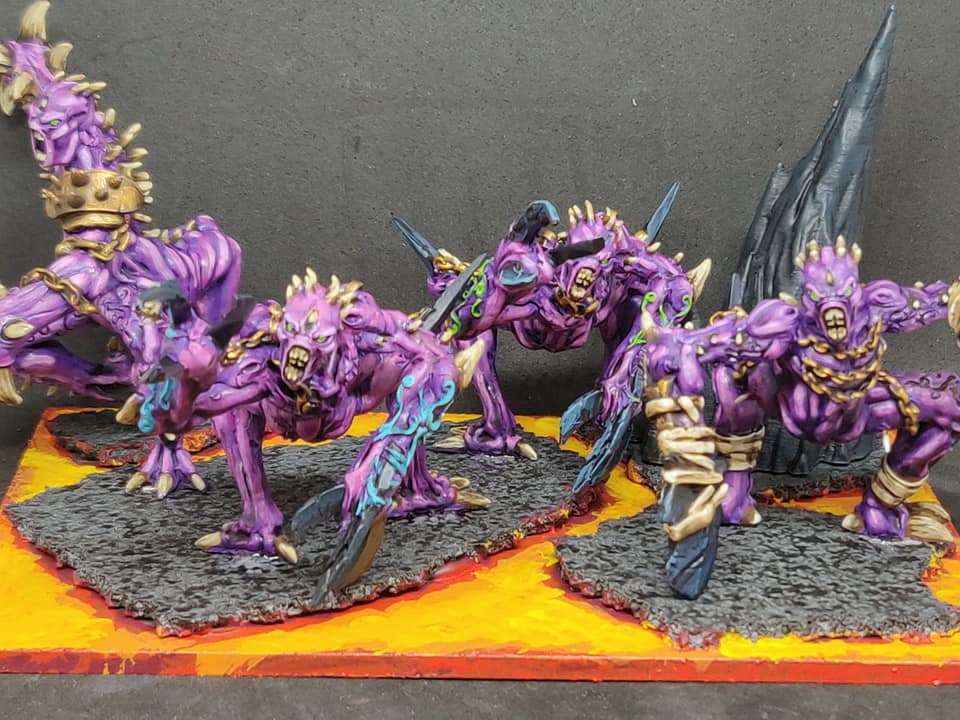 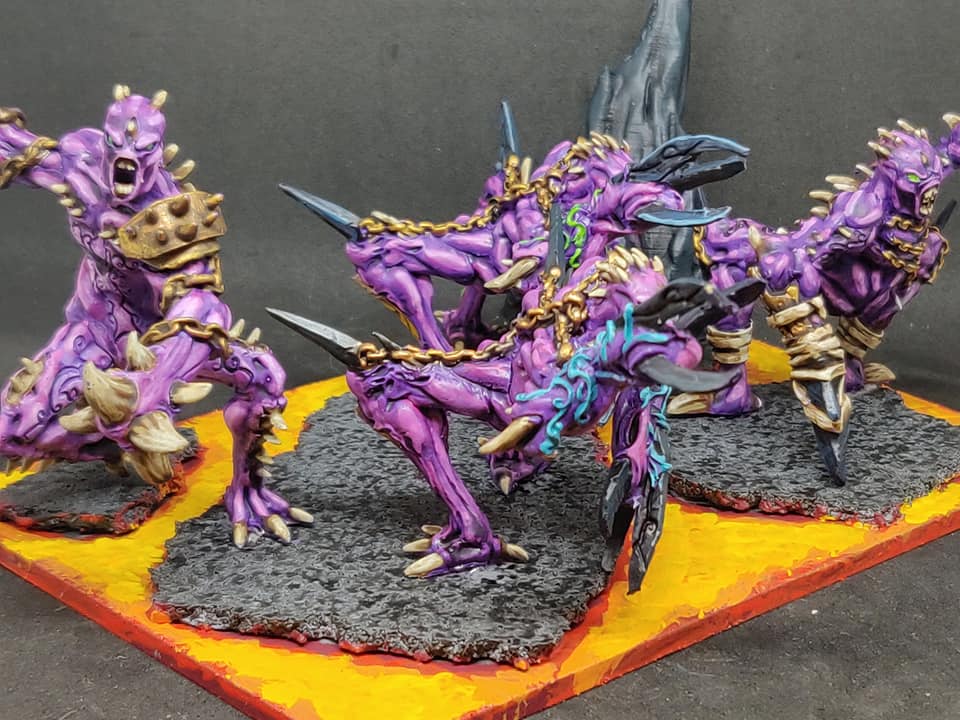