Back to live gaming

BACK TO LIVE GAMING

With the relaxation of the rules for social gatherings, it was time for Moonraker Mansion to host another inter club challenge. This time, the Sarum Three Quarters (featuring 3 of the 4 Moonrakers) faced off against the Flat Bannisters (House Lannister B Team).

I must pause here for a short educational interlude while I explain the definition of the word Frosty. Here are 2 definitions:

Right, back to the action.

We played games at 2300 points with army changes allowed between rounds. Tables were set up to provide a variety of different tactical challenges. The desert table had minimal terrain with good lines of sight, the realm of chaos table featured several areas of blocking terrain and the temperate table had lots of terrain with limited sight lines.

First up was a Pillage scenario. 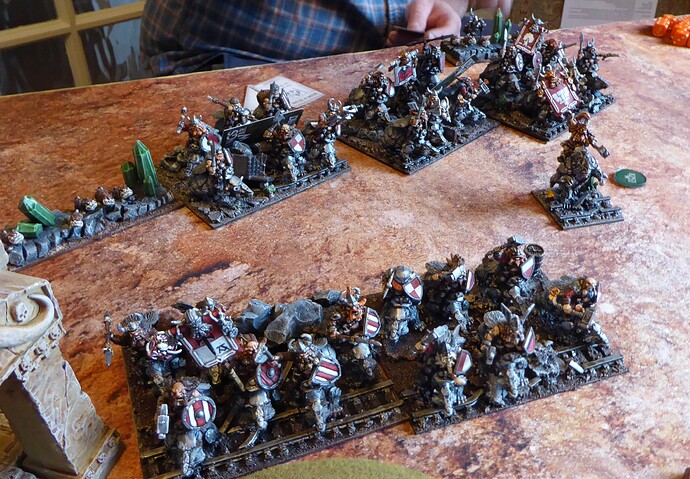 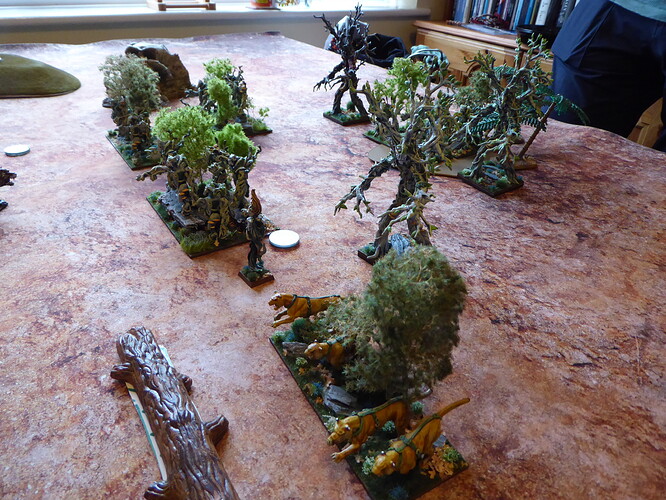 It was sometimes difficult to tell with Ed’s army, where the terrain stopped and the army began. 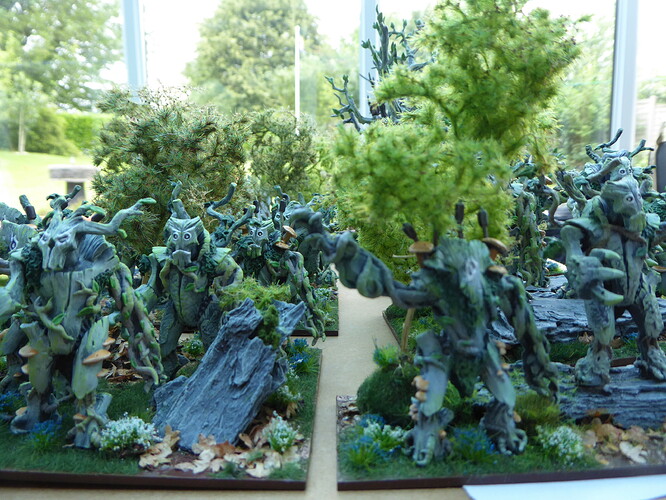 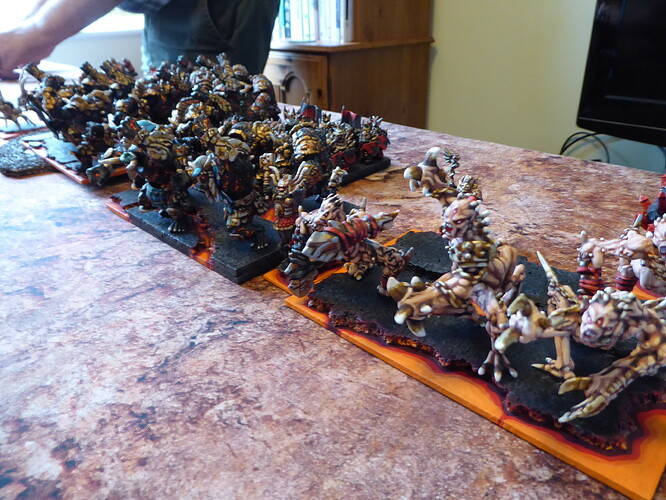 While Jon’s Goblins faced off against Leo’s Nightstalkers.

After lunch we moved on to round 2 where we played a Dominate scenario.

It was Jon’s turn to attempt some de-forestation. 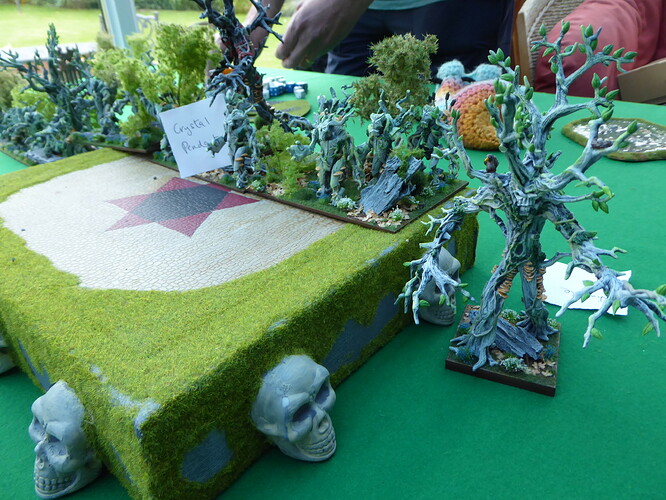 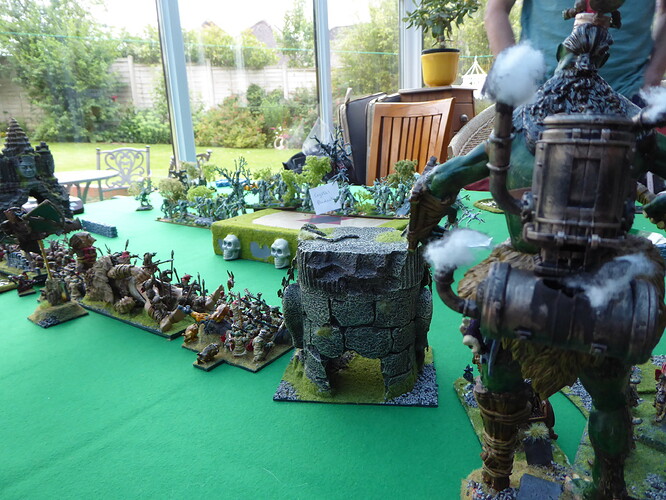 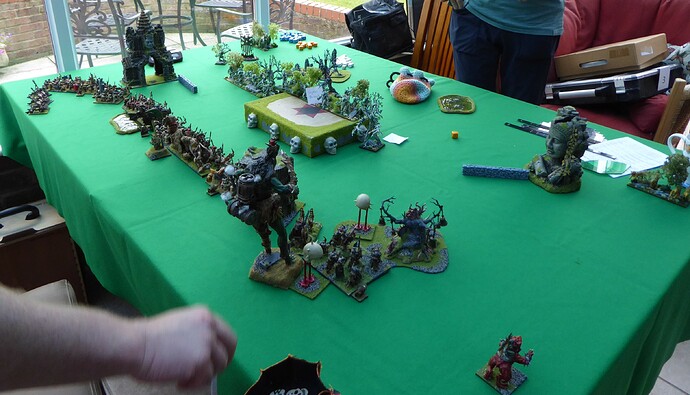 Much carnage was caused on both sides and we ended turn 6 with 2 Treemen in the Dominate zone facing Kuzlo, a Winggit and a regiment of Fleabags. Had there been a turn 7, the Fleabags might have been forced to withdraw from the scoring zone to avoid a Treeman charge – but the game ended on turn 6. 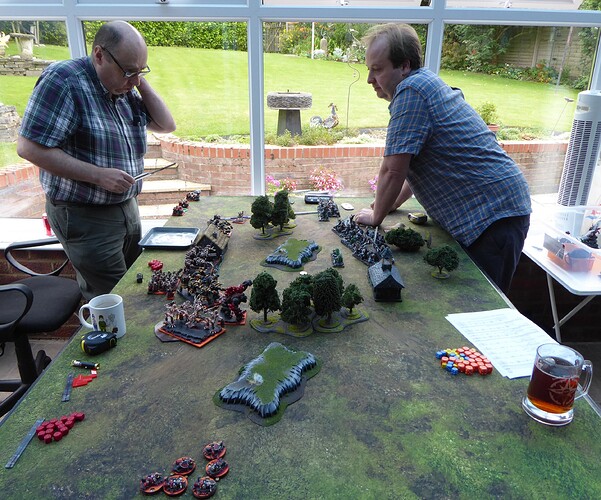 It was in this game that Rusty’s mortar battery had a blinding first turn and took off Andy’s allied King on Chimera before Andy had a chance to move, thus granting them honorary membership Stumpy Foxbane’s ‘One Shot a Dragon’ Club. Although, technically I suppose, this should have been Three Shot a Dragon. 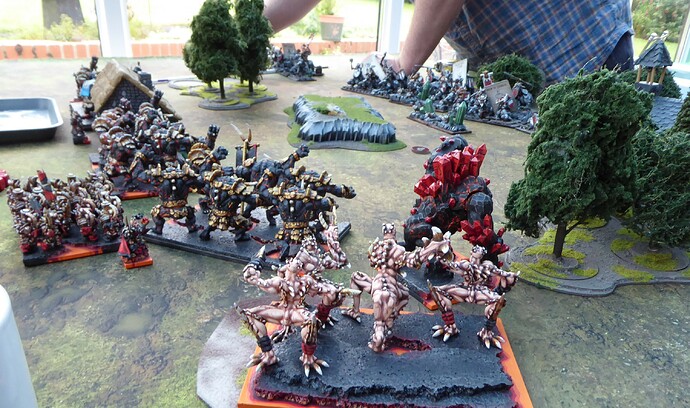 While Paul and Leo enjoyed a frolic in the desert, Leo using his Northern Alliance for a change. 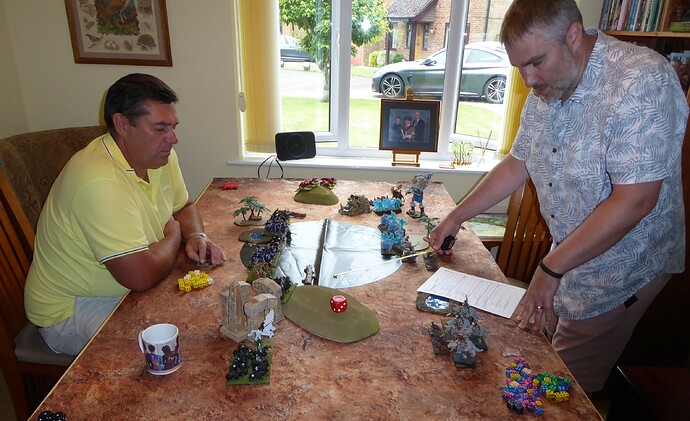 We enjoyed a short tea break before starting the final round of Loot. 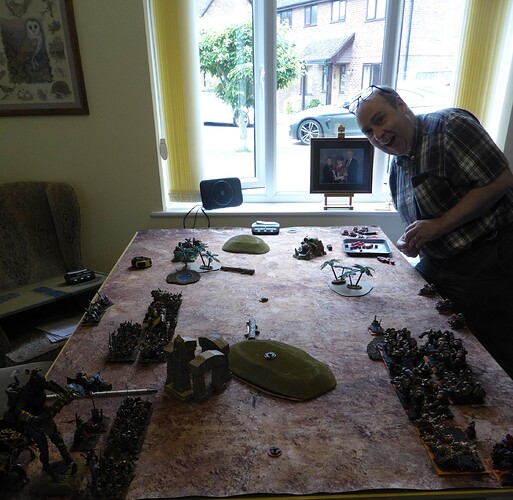 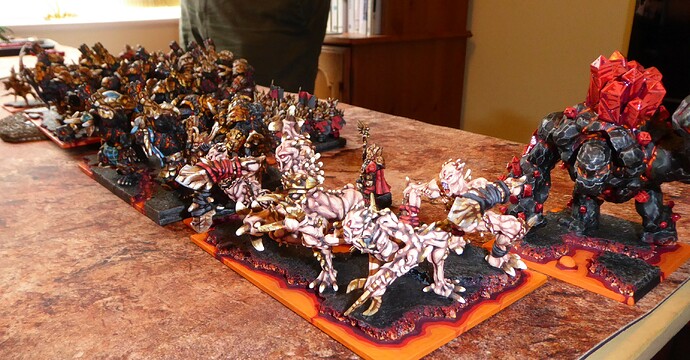 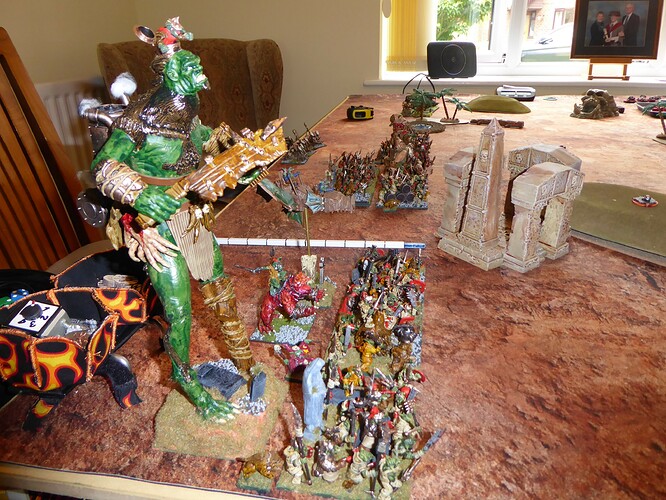 Jon’s rock lobbers were on fire for the third game in a row, but he then timed out on turn 6 while ahead by 2 to 1 and was fortunate that there was not a turn 7. 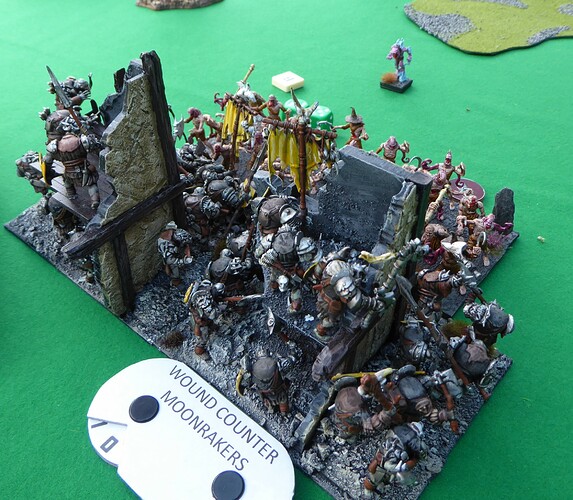 Andy beat Ed
Jon beat Leo
Paul and Rusty drew
2 and a half points to Sarum and half to The Bannisters.

Jon beat Rusty
Paul and Ed drew
Any and Leo drew
2 points to Sarum and one to The Bannisters.

So, a hard fought and well deserved victory for the Sarum Three Quarters.

Thanks to all who attended. It was good to blow the cobwebs off and get back to some live gamaing.

My gaming record for the day was poor

Loss, loss, draw. But i still had a fantastic day.
Great to see mates and play games again
All in the fabulous surrounding of Gunns Manor.

As a practice day for deciding which army to take to clash I felt better in command of the Nightstalkers, I was all at sea with my Northern Alliance I forgot rules and forgot my ice queen actually did stuff (she spent most of the game passively observing my army crumble till I remembered to late she had both heal and shroud of the Saint

The MVP of the day by far was Jon’s wife, she put on an amazing buffet lunch… It’s 20:20 in the evening and my stomach is still feeling full it was all just so tasty.

Looks like a jolly time was had by all! Nice one!

If any of you happen to pass through Derby you have an open invitation to have a game in my now fully armed and operational Nerd Bunker. Not going to CoK this year where I’d normally see people, will be concentrating on getting back gaming on a ‘basement gaming’ footing for a while before venturing back to ‘the scene’.

Thanks Jon and Jilly (? spelling) and all members of the Three Quarters Flat Sarum Bannister brigade for a very enjoyable day. Boy, have I missed playing KOW on a table top with mates!

My results were poor but that in no way got in the way of a fun day’s gaming. I blame my losses on having spent too much time on UB: I can no longer judge distances or charge arcs without concentric rings and lines to go by.