Hi there! As you surely know, the Veer-myn have this Master Creeper leader option, and his special ability reads as follows:

The way I have interpreted it is that ANY active model I am about to use can do this, in other words, somehow this leader gets to arm the whole team with an inexhaustible supply of explosives.

The results though? Absolute disaster. I kept pinning my rival in almost every round because that weapon profile is basically the same as what the Master Creeper is armed with, so my opponent was expecting to at least get bombed twice each round - never being able to predict from where it would come .

Though it goes with the character of the Veer-Myn it was absolute terror. We agreed to keep it that way since it makes every game extremely deadly, but I am not sure it is something other people would like. What are your thoughts?

You have to use a “splat” dice to use it though, surely you roll a limited number of those each round?

you’re playing it correctly, it’s one of those things you have to learn to deal with when you play against creeper lists. It also encourages your opponent to spread out to mitigate the damage, so even when you don’t do it the threat of it can disrupt their plans.

I have no problem with it, FF can do it as well if you have the dice it just makes the leaders a more important target which makes for a more dynamic game. At least it’s not Asterians stealing my command dice the robbing knife eared gits!

Do you mean those command dice you roll at the beginning of each round? :o

Oh I am glad to hear that! My opponent and me were ok with it, arguing it’s proper of Veer-Myn to be like that. I was just worried some other rival might flip the table!

Thanks for clearing that up!

Imagine being a timeless race known to be worse thieving gits than the Veer-Myn themselves!

It’s one of the things I like about DZ. The leader kind of determines how the force plays on the table.
So you play the bomb mad rats for a few games and when your opponent thinks they have the measure of them swap to a different leader and have a completely different strategy with a similar force.

I think the key thing is to know how your own force plays and if things start going badly at least you can account for it. I played a few games in the past and at the end, either myself or my opponent have said something to the effect of “oh they can do X, well next time I’ll remember to do that it would have been totally different.”

yes, the special under the leader can only be activated using the Mantic Splat symbol on the command die

It’s important to stress out, that you can only use it spending one command die showing the ‘splat’ symbol. You reroll them each turn. If you didn’t roll a ‘splat’, you can’t use it. That should limit the use of the ability enough. Otherwise it works excactly like you mentioned.

Master Creeper is solid as he is cheap. Great recon. But his ability… Well… tats can take 1-2 regular Creepers to pin and a better Command option.

That’s what I was thinking, be a little bit crazy otherwise.

Yeah, @FredOslow and @Gerrcinn already mentioned it, but I thought it kind of ‘drowned’ in all the other info.

Was it a game with robots and the protagonist had this huge drill sergeant hat? This is artwork (fan artwork?) from a game called Cruelty Squad: 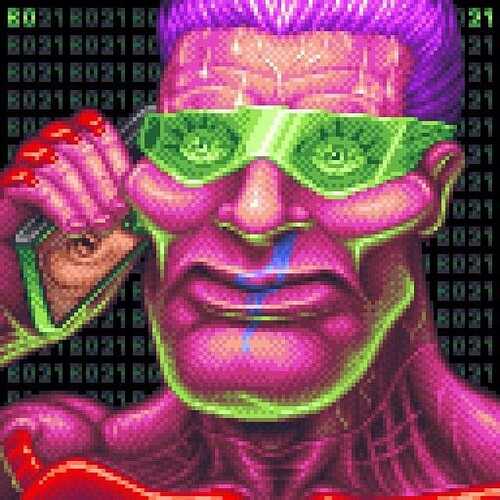 I don’t play it myself, but took a liking from Civvie 11’s review: Was it a game with robots and the protagonist had this huge drill sergeant hat?

Excactly! Good game btw. A ‘bit’ outdated and the ‘Z’ may have a bit of a connotation atm.

@333 did you spend one of the correct command dice for each time you used this ability, or did you just use it with no limit?

Even with 6 Dice You might not even roll a SPLAT Dice to activate the Bomb Expert.

I used the Command Dice, though you guys know you can reroll one time each, right? At least as long as you got more than 50% of your troops alive.

The way I would get to use Bomb Expert at least twice in a single turn is by activating it with the Master Creeper, because the weapon of the skill is the same as the explosives that this Leader option has.

And provided you got lucky and have rolled these dices:

You can move your Master Creeper into the thick of battle, bomb once, bomb twice with Bomb Expert, move one square away and then send in a Malignus with Rapid Fire to Blaze Away at one target, bomb another square with the second Splat die.

I managed to pin 5 GCPS troops like this, opponent was left with two already activated Marines. No victims, only one wound, I moved in with the rest of my rats only to get in turn pinned/shot to Hell when hos dudes stood up next turn D:

you can actually reroll as many of the dice as you want from a single roll, so you could pick up all of them and chuck them again if you had an extremely terrible roll.

Ok, it wasn’t clear to me from your original post, if you overused it without ‘splats’ or not.
That way, everything is fine. Deadzone is quick, brutal and dirty. Look at other strike team combos. It’s a nasty game, in a good way!

At least you used practically all your resources on a single/double activation. If you opponent spread out more in anticipation of those blast attacks it should not be as devastating.
Im sure many strike teams can do horrible stuff if they use a lot of dice and combo it correctly.
Mayhem is a big part of what makes DZ fun tho.