Bows on Goblins, Shortbows on Orcs

Goblin Spitters have standard bows while Orc Skulks have short bows. Shouldn’t it be the other way around? Is this a mistake in the book or was this intentional?
Just seems a bit weird to me that the big orcs use tiny bows while the tiny goblins use full sized ones…

Skulks are skirmisher type who really want to get close and hit people!

Across the armies, lots of scout or similar missile units are capped at 18 range.

If spitters got shortbows they would be virtually unplayed (unless they got regular back).

Skulks are scouts. Running through undergrowth and forests etc. So they’ll want short bows because they don’t want them snagging on branches, and they won’t be able to see their opponents until they’re up close. Goblins are battlefield archers shooting from as far away as possible so they’ll take bigger bows

What things are called is just a thematic label on an abstracted rule, “shortbow” sounds better than “range 18” shooting". Don’t get hung up on what’s it’s called, because what it does is what’s important.

Orcs might have a shorter effective range because they’re bad at shooting and just can’t hit anything that far away, the appropriate rule is still called “shortbow” though. Maybe orc bows are just crude and goblins have better bows, instead of adding something like “short composite bows” to the game, “bows” does the same thing so that’s what it’s called.

Similar to this is dwarfs with all their armour only having one “heavy infantry”, it only describes base size. Most infantry in 25mm bases are heavier, but that doesn’t apply to dwarfs. Not worth making or complicating more rules though. 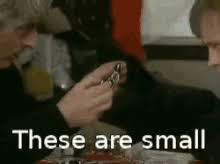 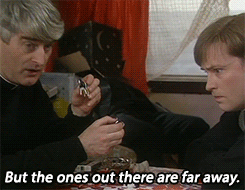 You are thinking reality. Very little of this game is based in reality, its fantasy. But I agree with you. Larger bow, stronger archer, more range.