3 tournaments at 3 local stores make our Store Showdown Series ‘21. We’ve got a bunch of great prizes and goodies for everyone 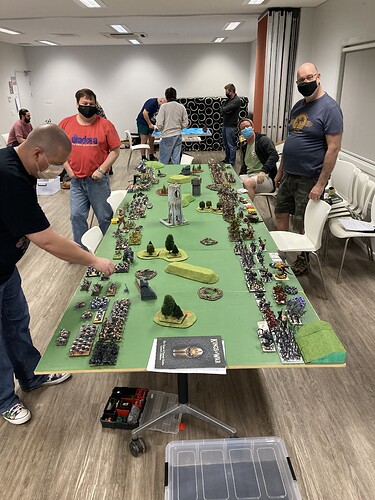 Epic photo! How long did a turn take?

We set a limit of 30mins per turn to get the games done in 6hrs. We also had 2 players who had never played who were given battle groups to commands, which they did really well.

We were finished in around 5hrs of game time, playing invade we could see when one side was dominant