What has everyone seen used for villein penitents? I know they’re basically peasants, but does the name suggest something more fanatical or religious to give more options? Two stl sets I’m considering: 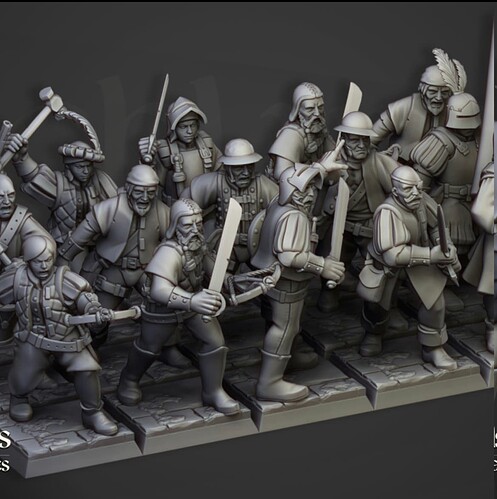 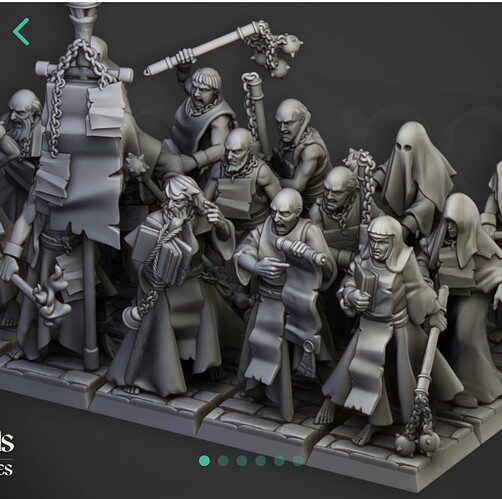 The top is traditional peasant militia. The bottom religious zealots. Thoughts on what would be more appropriate?

Really depends on the rest of the army

2nd one fits if you go for a more religious theme in general, 1st one if you do a more modern theme
(both are made to fit Warhammer Empire Armies, 1st are non-state troops/mercenary but still professional soldiers, 2nd are Flagellants, both with a 15th/16th century theme, a time were Villeinage was already gone in England)

Villeins being weaponed serfs/farmers who were called to arms as part of the serfdom in England/France and build the levies of armies (different to the HRE were only free people were obliged to fight)
Going by that, avoiding any professional look would be appropriate, no swords, no armour, with the clothing or overall style depending on the look of the cavalry

I think the rleigiopus looking unit has a lot of character and will really stand out.