This seems like a good a place as any - after finishing up my latest dwarf project (pictures soon, hopefully), I decided to take a break and work on the other diminutive humanoids that have been on my mind lately - Halflings!

Back in April, I really wanted to support my local game store (Tower Games Minneapolis!) and did some curbside pickup on a box of Wargames Atlantic halflings I’d had my eye on for a month or two. They were absolutely a joy to assemble, and I immediately wanted to do an army of them… Luckily, like a lot of us, I have a huge painting backlog! This lovely fella from Reaper works well as a Duke on a Flying Aralez, I’ve got some centaurs I’d scratch built from Warlord Games Celtic Tribesmen and cheap amazon toy horses, which would work fantastically as Knights or Halfling Cavalry, and a bunch of sprues of Warlord Games Roman Veterans from an Adepticon a few years ago that I’ve been meaning to get to, which would work as foot guard. Combined with some Reaper Minis from kickstarters, some re-purposed Warlord Games Egyptian Chariots with Nolzur’s Boars instead of horses and a bit of creative greenstuff with extra halflings, and I have a pretty good start to an army. Once I get my hands on something to use as a Mammoth (perhaps a Warlord Games War Elephant?) and another box or two of halflings, I’ll be well on my way.

Since I’m putting this in the showcase area, I’ll end with the first painted test miniature - a Dogs of War Halfling! (though technically not that keyword… and I still need to frock the base… but whatever) 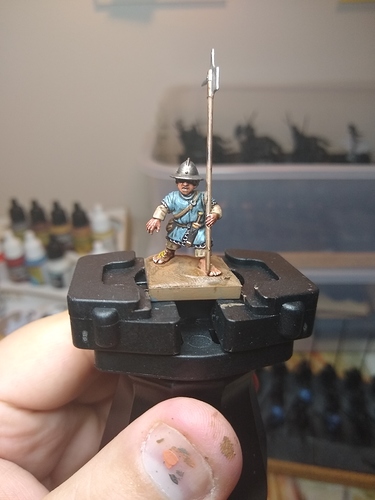 More updates as I get more painted.

Looking forward to more updates. The progress already is amazing. 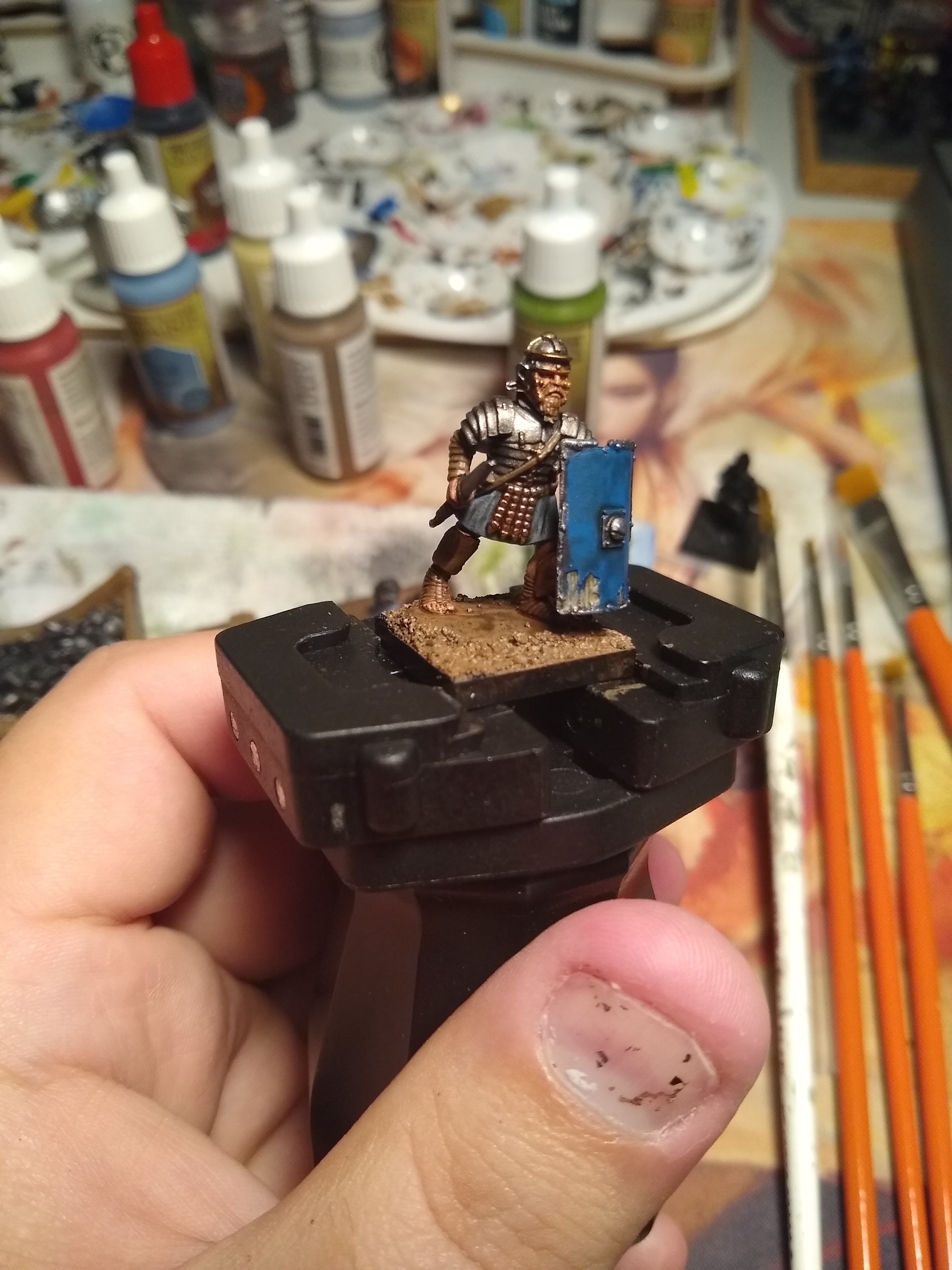 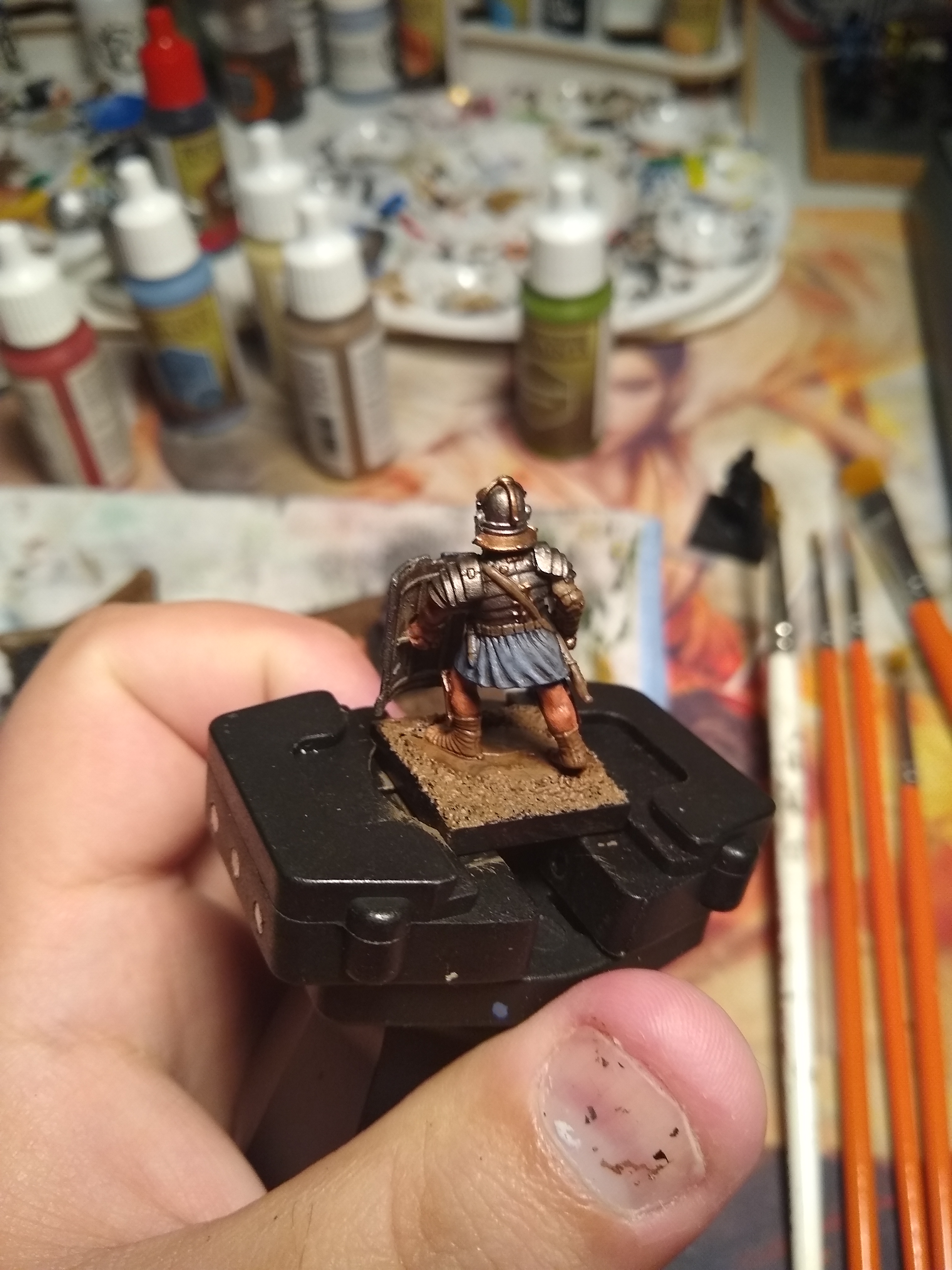 And a few work-in-progress pictures just because - Halfling Knight (scratch-built centaur - it doesn’t say what the half has to be, after all), a Battle Shrine (because seriously, what else are Halfling going to consider shrine-worthy?), and a Duke on a Winged Aralez (rider is magnetized and finished, mount is roughly 1/3rd done) 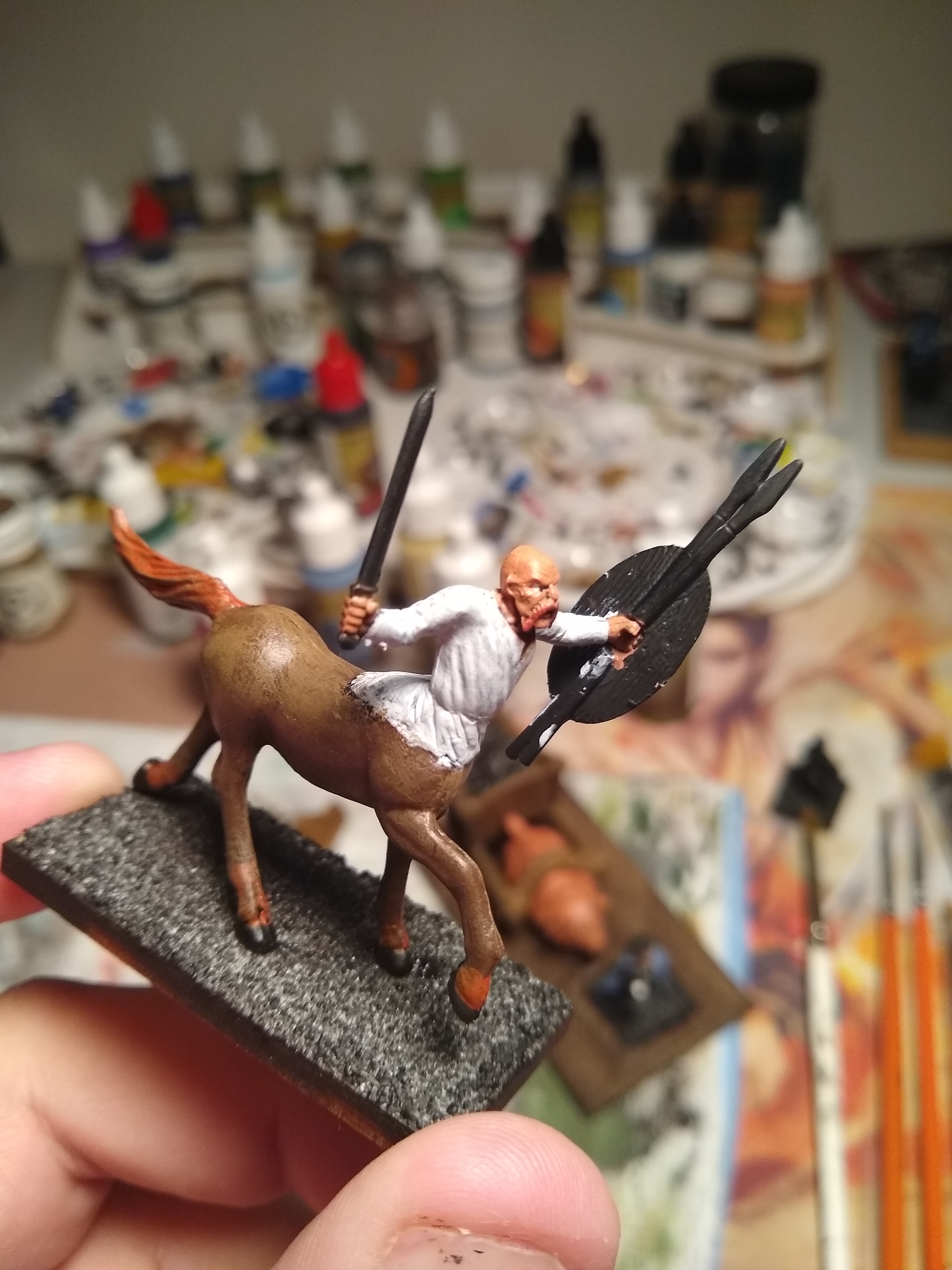 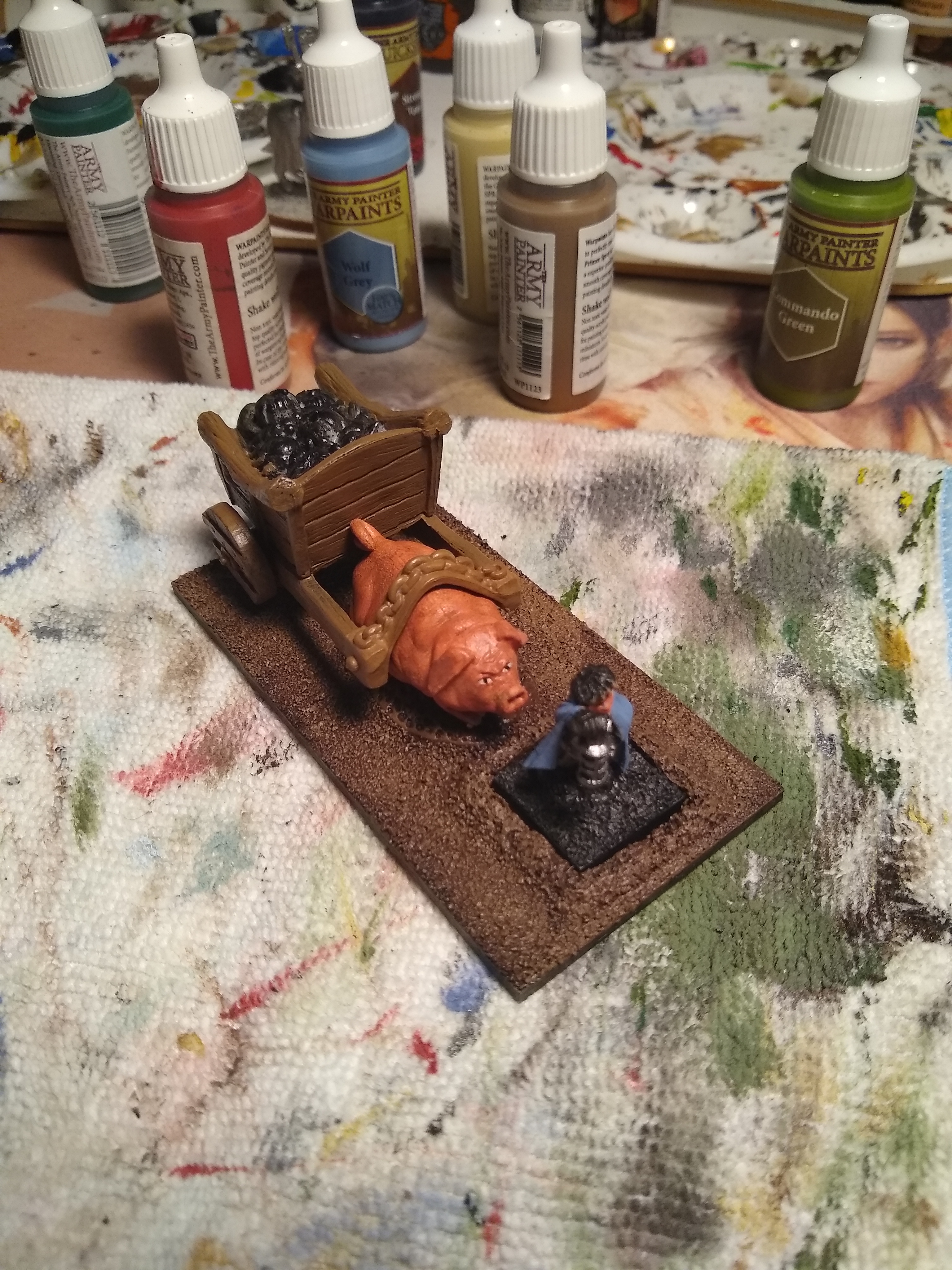 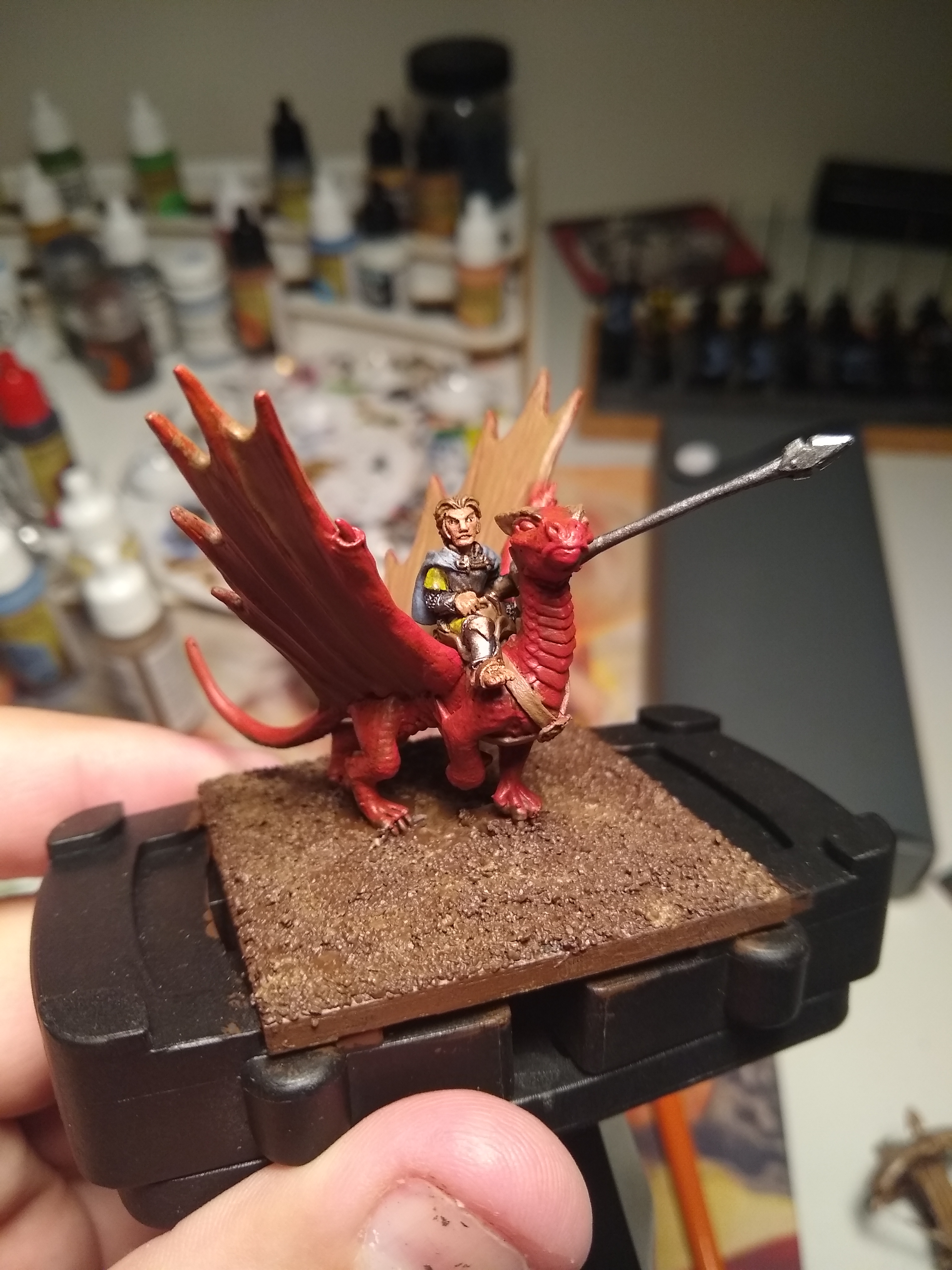 That’s all for now. Have a great weekend everybody!