I remember seeing these at the first PAX Unplugged and really digging them. $28 a box on MiniatureMarket is pretty good for 22 chunky lizardfolk, especially with the big lad in there. 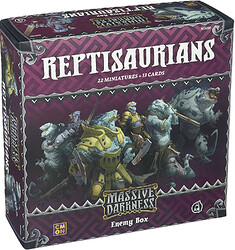 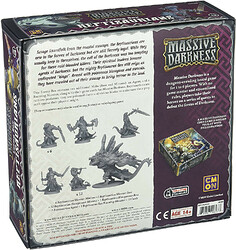 Now, I’m not saying you challenged me to make an army entirely out of this box, but I took up that challenge anyway

This is four boxes and uses everything but the three extra copies of the heroes. With so few sculpts, I was limited to 3 units (or 2 units + 1 monster) + 1-3 heroes (depending on if the 2 champions just filled out space in their units). Additionally, I needed a lot of shooty lizards, which was immediately not a problem because Corsairs exist and are pretty cool. Ultimately I went with Rhinosaurs for the big dudes (2 per base because they look BIG) because I needed unlocks and because I wanted to use more than 2-3 of the models, to justify the extra boxes. Fire Drakes are about the only analogue for them, given the mon/titan options, and the army has a load of shooting with all the Corsairs. So rhino-hammers it is.

This list also drops to 1995 very easily, thanks to the Fire-Oil

Oh goodness, lol. Yeah, I originally got the box for a dnd game with the kids myself and they are very good minis especially considering the price. I was curious what to do for mounted troops to match the scale since they are 32mm scale as opposed to the ever popular 28mm.