The first outing of my Kingdoms of Men army in a 2K battle against Fred’s Undead. 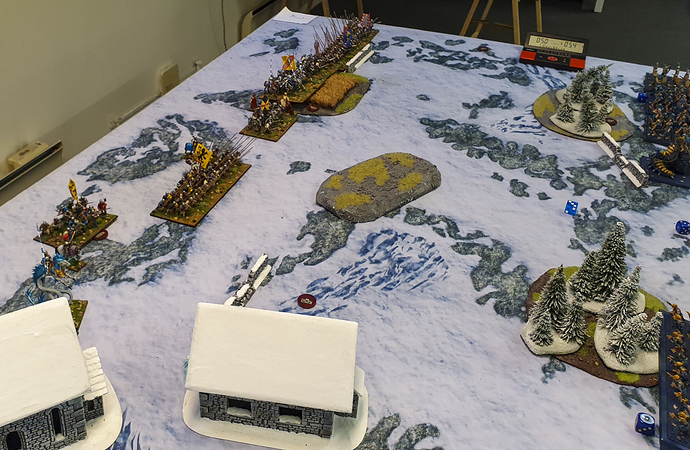 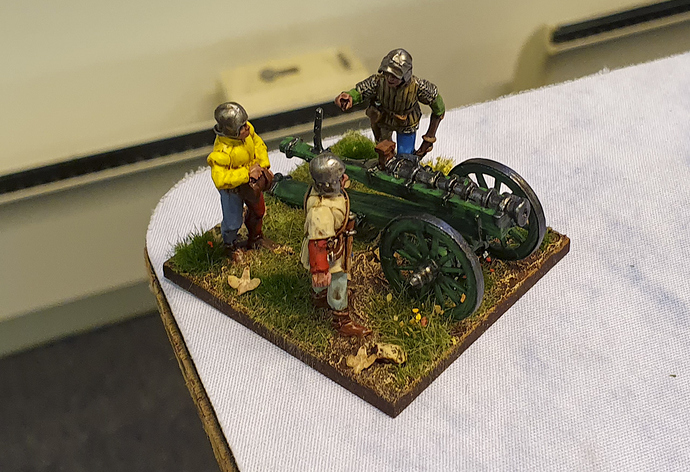 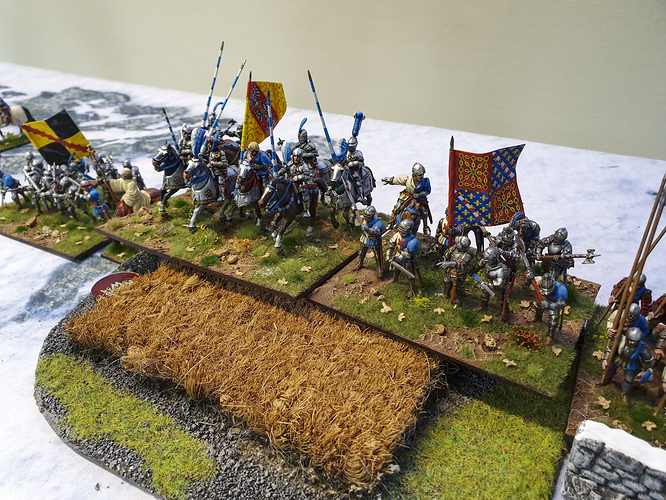 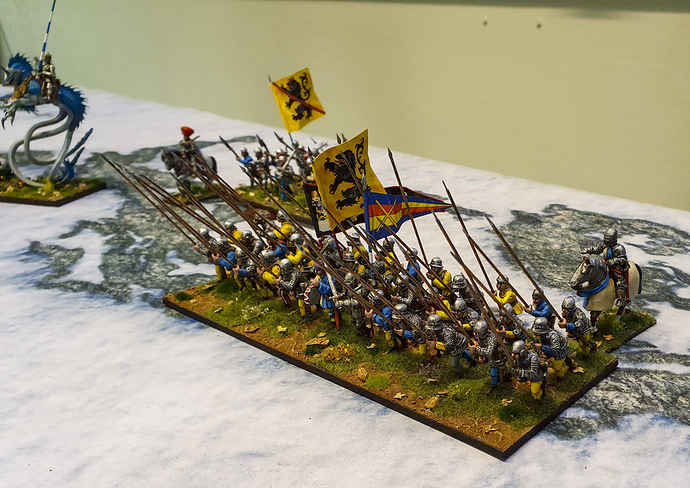 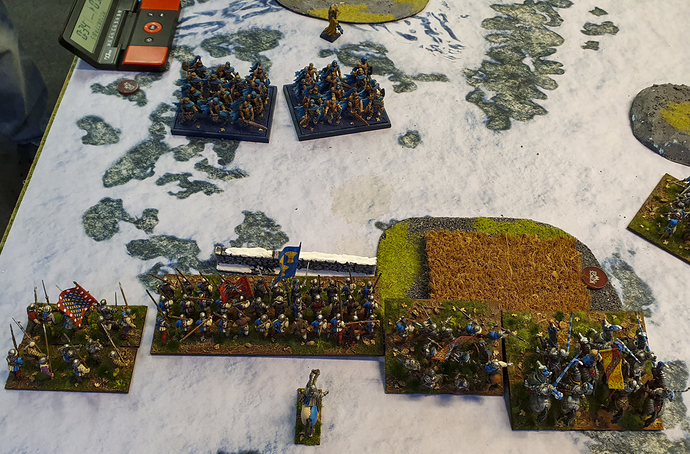 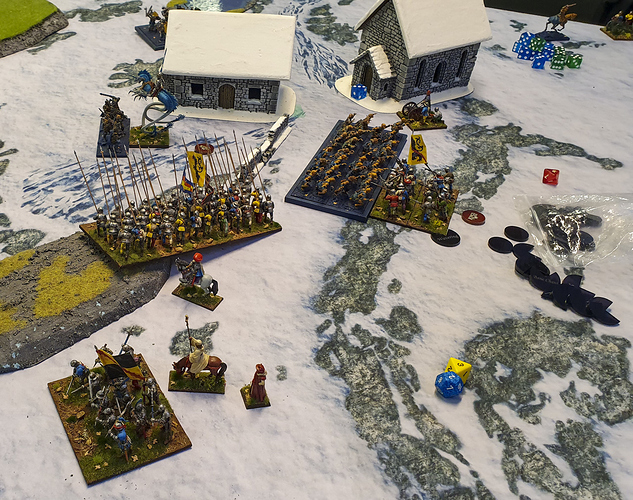 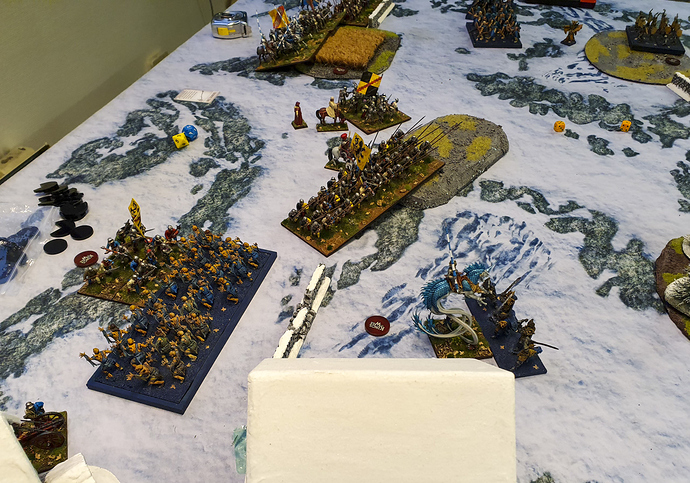 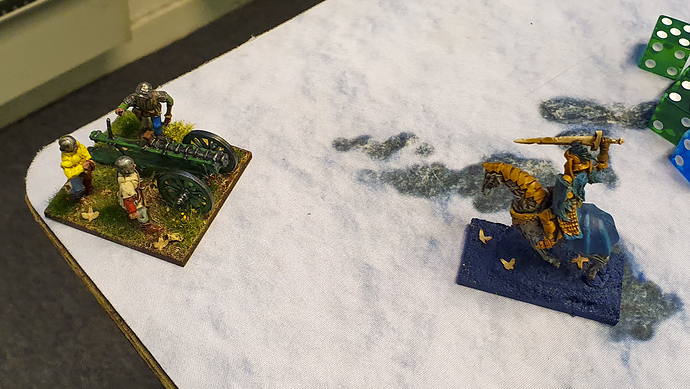 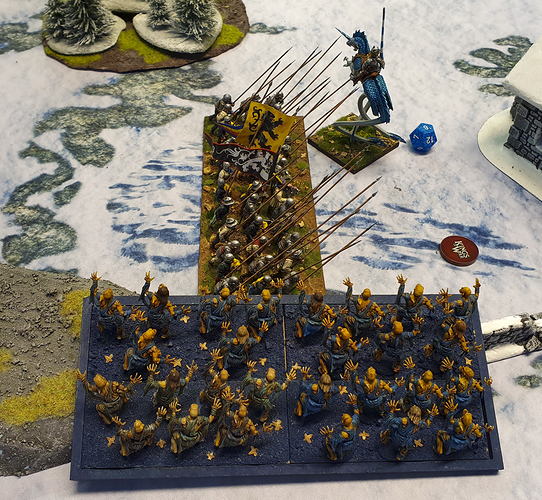 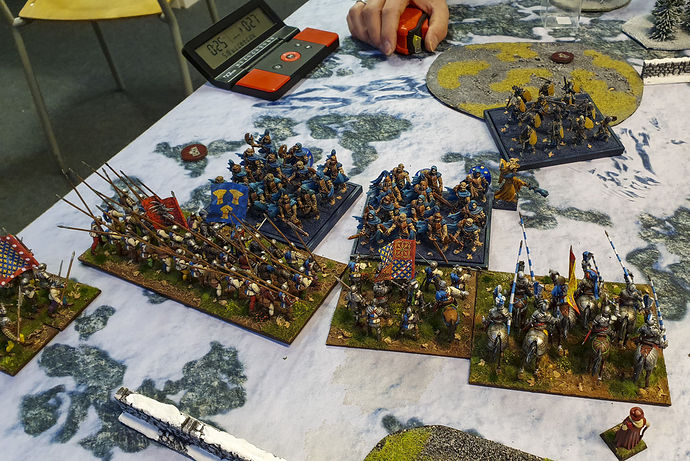 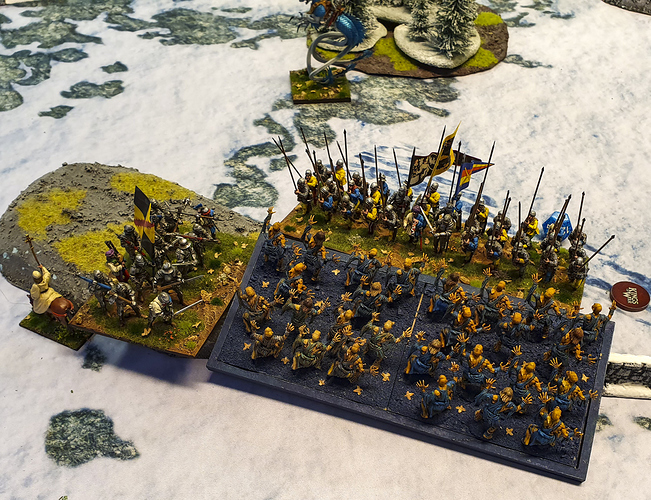 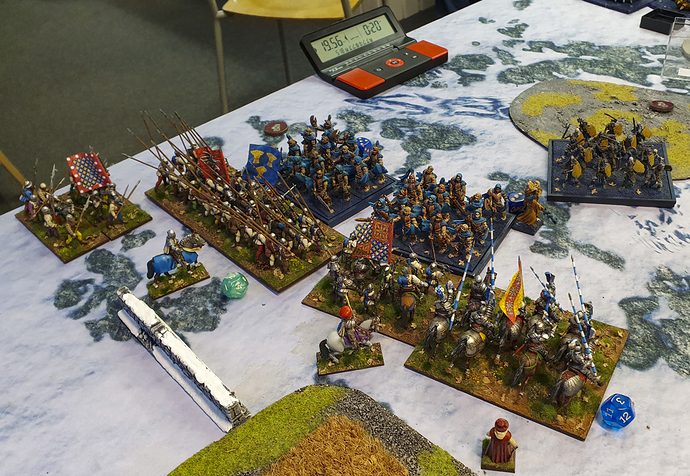 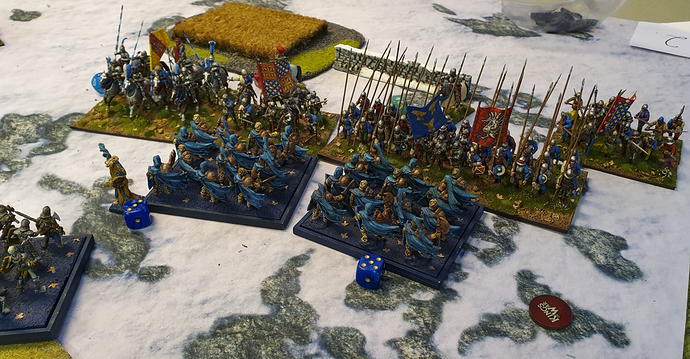 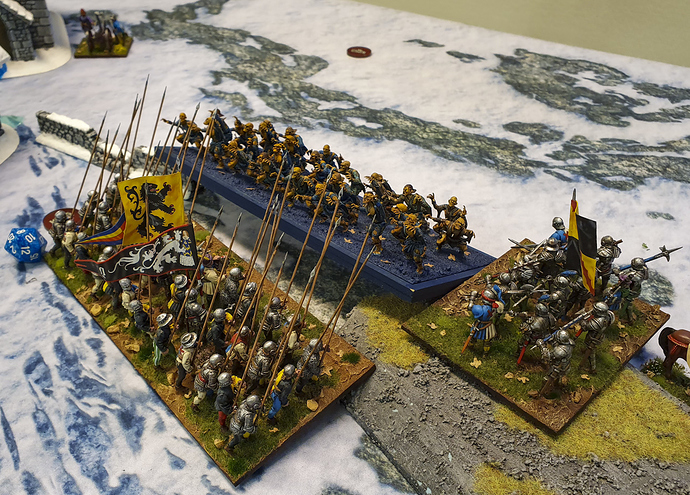 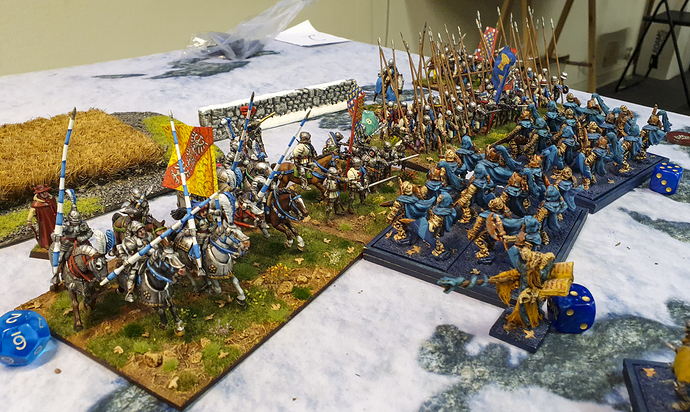 But who won the battle?

Both my regular opponents are moving to Undead for our next campaigns - any tips on avoiding being shambled in the flanks? Looks like you mostly out-Horde’d him but I think I see a Zombie horde catch you out able half way though

That pike horde charged a unit of soulreavers in the flank the turn before, the ghoul charge was hindered so I didnt take much damage, even with 60 attacks.

You can’t always avoid it, but having flanking regiments supporting your hordes is decent protection from surge

We will see, I need to take some notes if I want to do that, and take pictures every turn

As a main undead player it baffles me that players leave my necromancers alone.

With defense 4+ and nerve 10/12 wavering them is super-easy. A lighting-wiz or bliz-wiz can take your surges out easily. That, and a mounted individual can wreak havoc on any surge shenigans.

Finally, bear in mind that surge is only 12" and requires line of sight. With mounts at premium price this edition, the effective radius of a surge caster is usually 17" and can be disrupted by blocking line of sight with chaff.

Try to block los of the surgers, or as mentioned here before, just try to disorder them. ,
Surging often is a pure thread for itself, because the not-undead player tends to oversee that there isn’t that much surge power on the field (ok, that’s how I play, I have two surgers, but use surge kind of rarely). Of course you have to be careful when attacking to not open up to nasty surging, but even in the flank, most undead hit very unreliably and are in need of either buffs or combi charges for a save success.