After the release of Third Edition and the downgrading of the Brock Riders Nerve the Army fared slighty worse and , after a period of contemplation , I sold the Army.

After this I found that I still had a large number of Brock Riders and Dwarfs , so rather than dispose of them I decided to paint them up “in the background” of my normal painting , needless to say as soon as I started again I was hooked on painting the little guys up again. This caused much merriment amongst the KoW Community in the UK as I was painting an army similar to one I had already used and sold , but never underestimate the stubborness of Dwarfs

So , for your delectation I would like to share with you the Free Dwarfs of Bowland (the Forest of Bowland is an upland area in the North of England where I currently reside, it is providing the background for this army and an associated Blog) and hope they are pleasing to your eyes.

The Army Commander is the Daughter of Sveri Egilax , Bleu Sveridottir , her wild hair is based on that of my Partner ( who also plays KoW and her wild hair colours are well known on the UK Tournament circuit 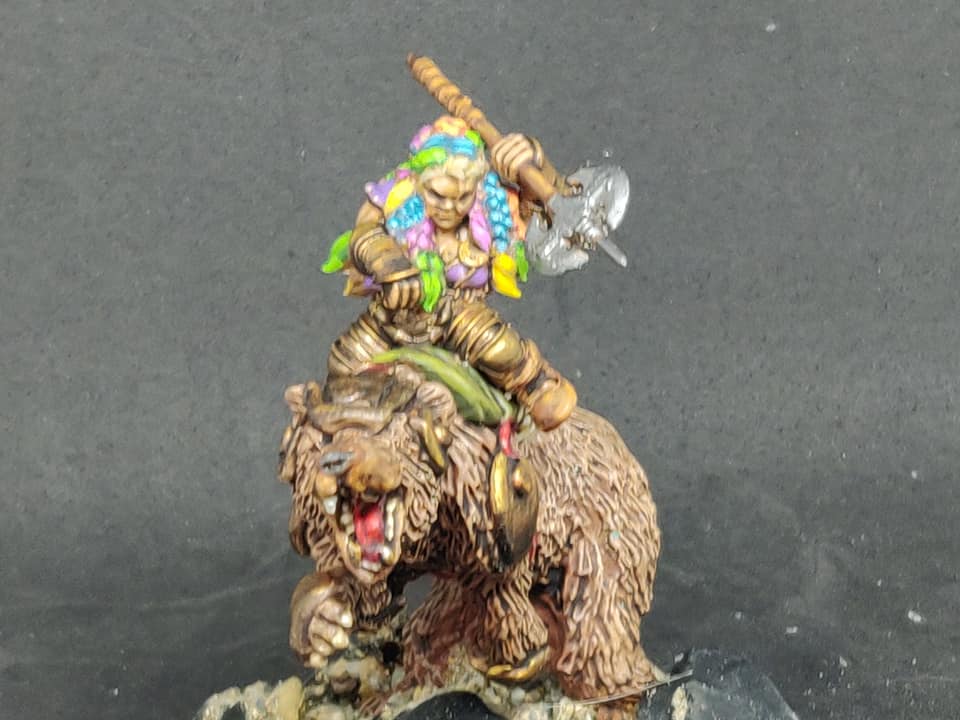 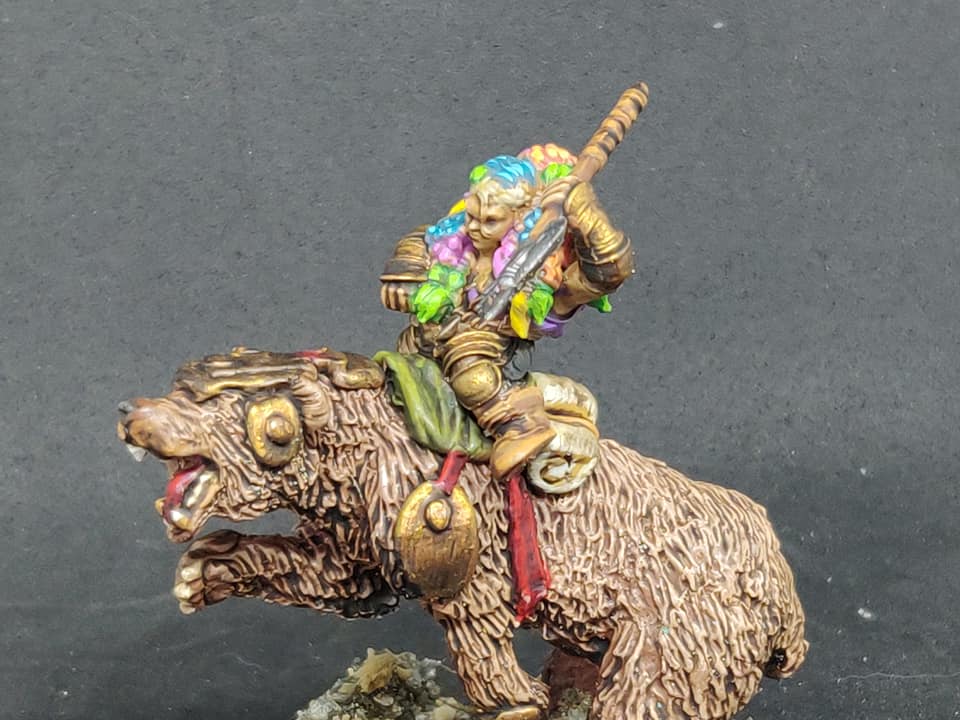 As it is considered to be bad etiquette for ,even a Dwarven, Lady to be unaccompanied in the presence of so many unmarried males ( even on a battlefield) Bleu is accompanied by a troop of Berserker Handmaidens on Brocks. 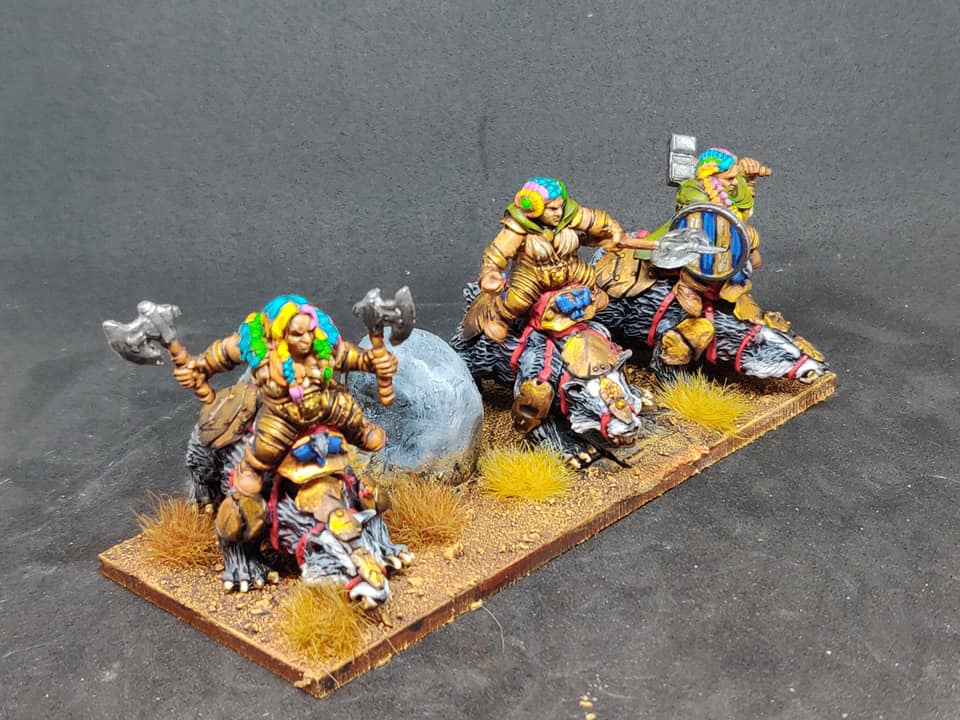 The vast bulk of the Army is made up of Regiments and Troops of Berserker Brock Riders , following the Bowland tradition each Regiment picks a hair colour from the palette of their beloved Leader to help identification on the battlefield and allow easy acknowledgement of their valor and prowess. ( also allows their handler to keep track of their artifacts , in this incarnation of the Army I have avoided pink AND purple hair as being slightly colourblind I found I could not tell those Regiments apart on the table lol ) 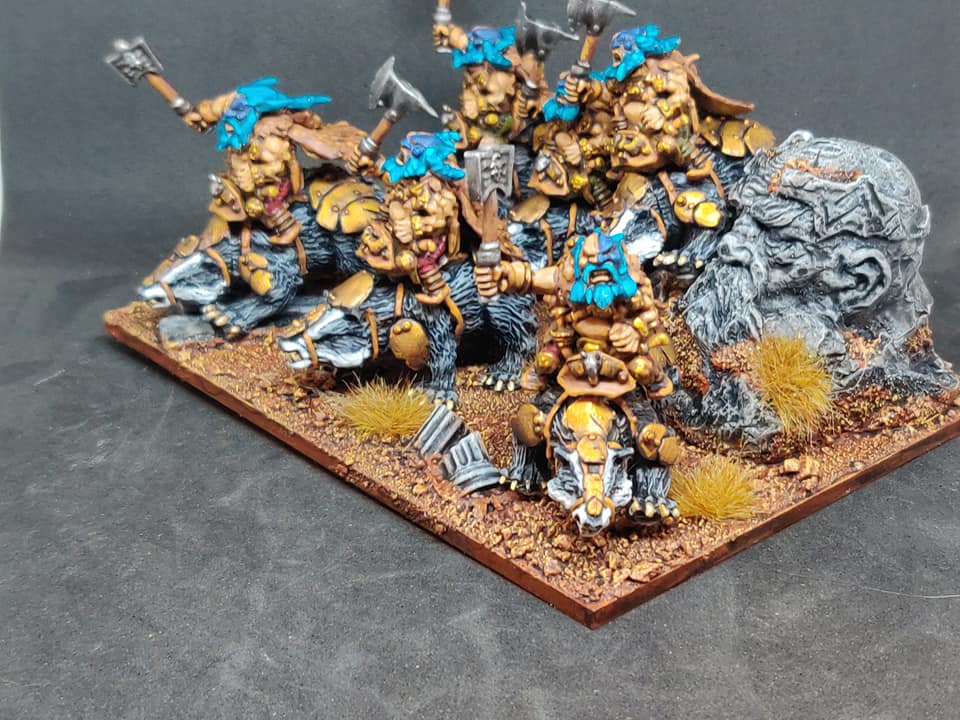 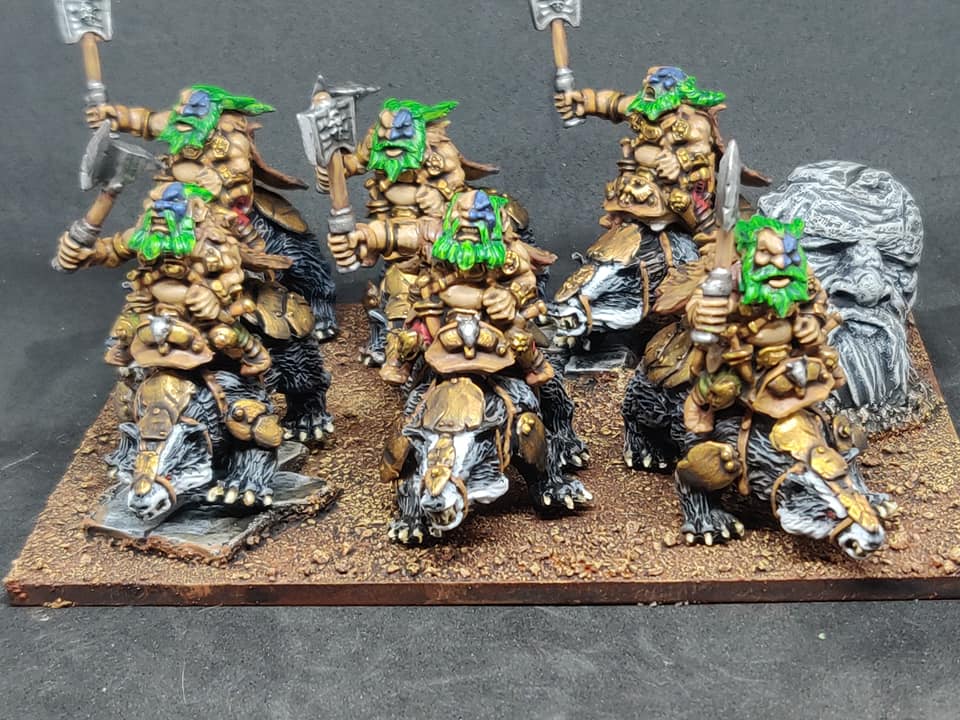 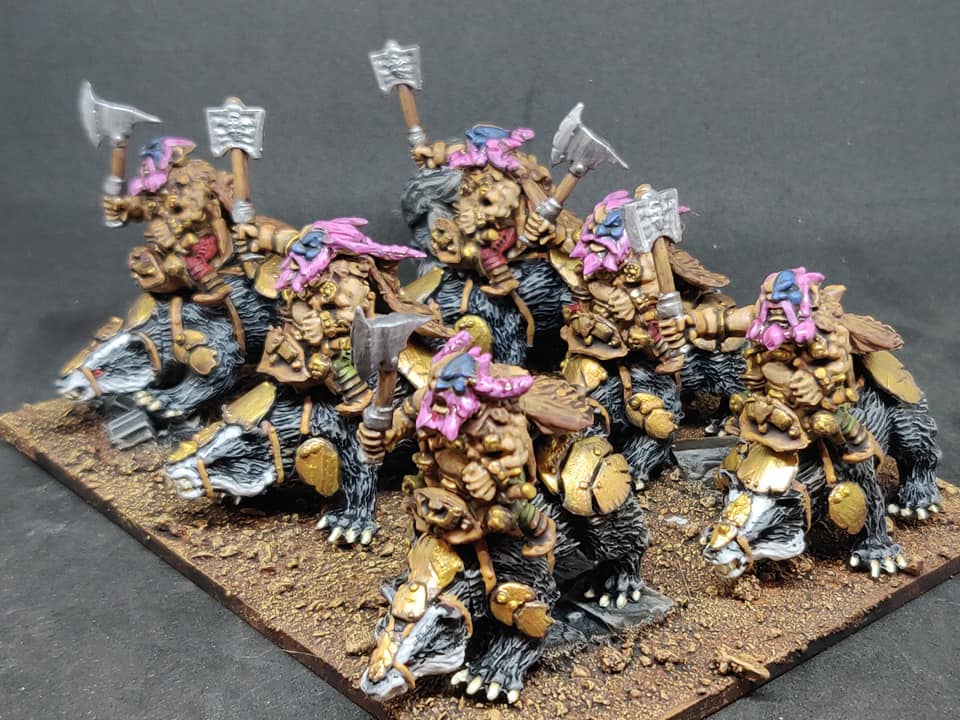 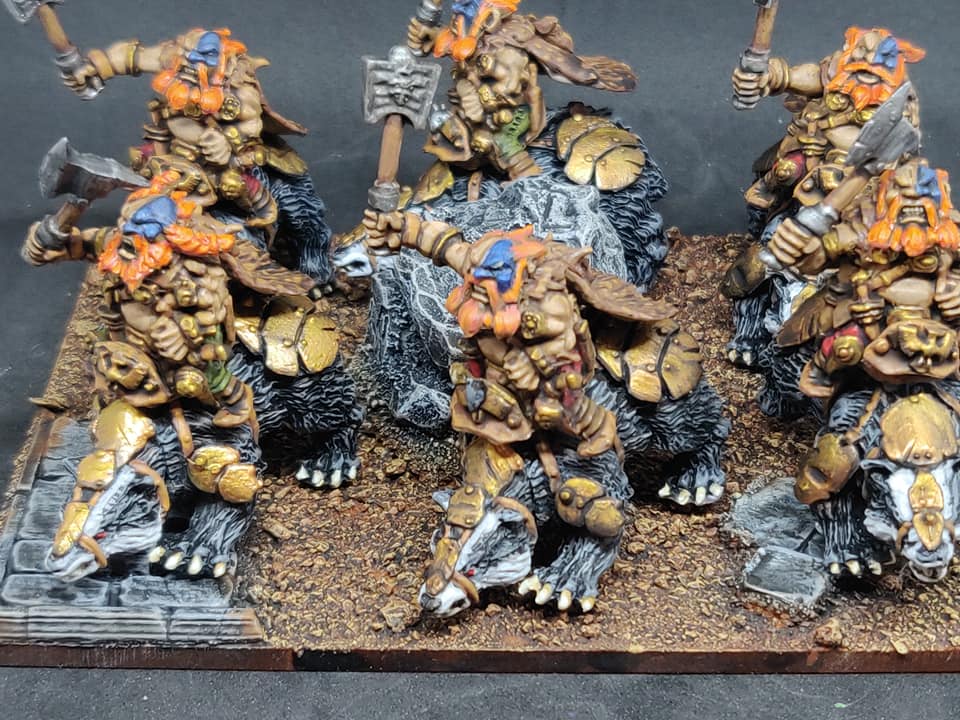 As the Troops are formed ad-hoc from the parent Regiments they consist of a mix of troopers all vying to prove their Regiment is best , this makes the Troops the most volatile of the Bowland Troopers , prepared to do the most foolhardy manoeuvres to impress Bleu. 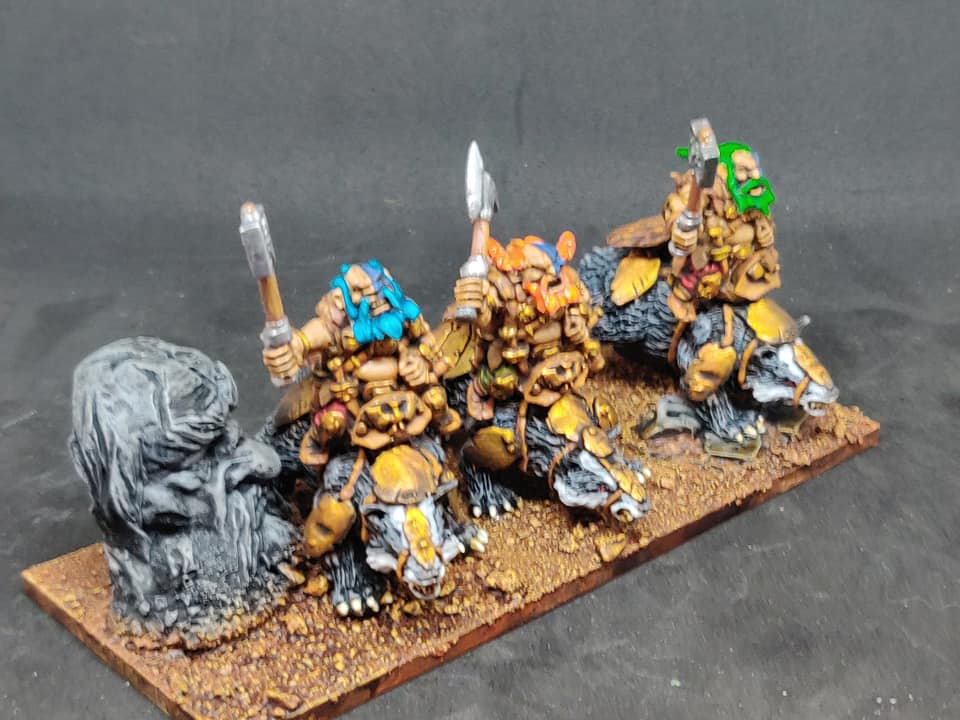 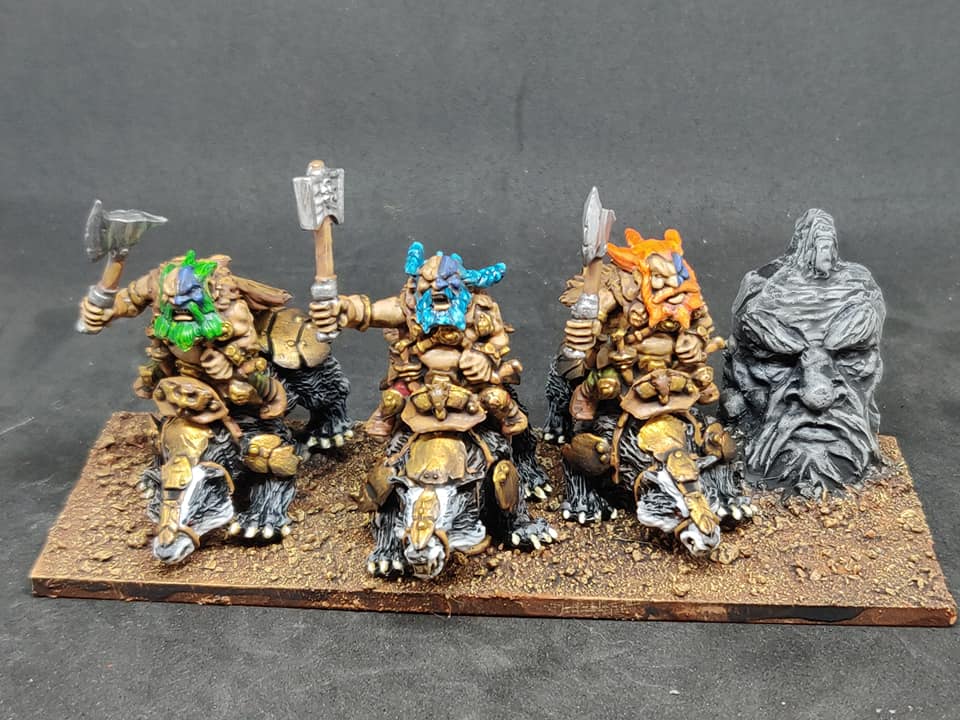 But before You think that the Army of Bowland is all about Brock Riders here are some infantry to support the Brock Riders in the defence of their Mountain Holdfasts.

Brave Rangers patrol the borders of the Mighty Forest of Bowland , keeping the Free Dwarfs safe and appraised of the movement of any hostile forces without. 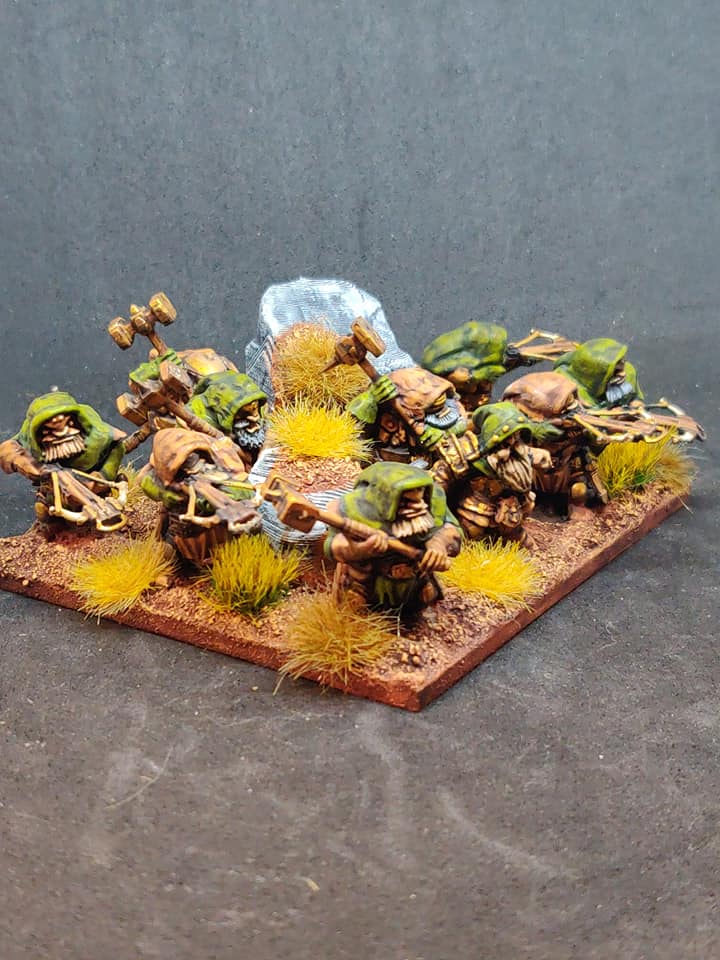 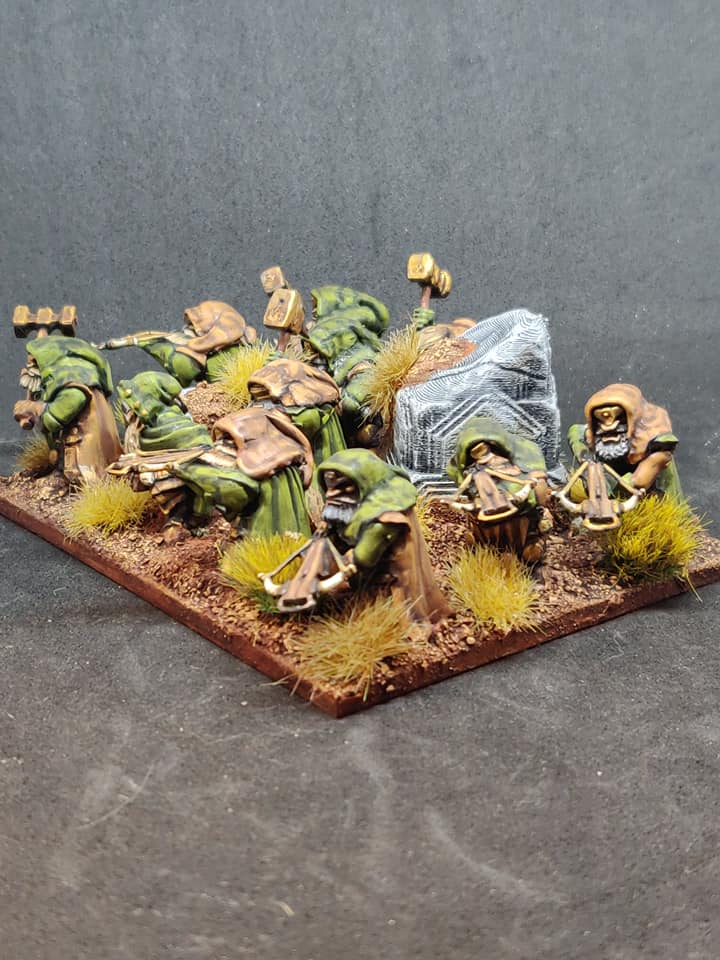 Helping the Rangers with their patrolling and also tasked to track any rare trespassers in the actual forest are the Mastiffs and Handlers , these fierce warhounds are trained to fight and destroy the enemies of the Free Dwarfs. 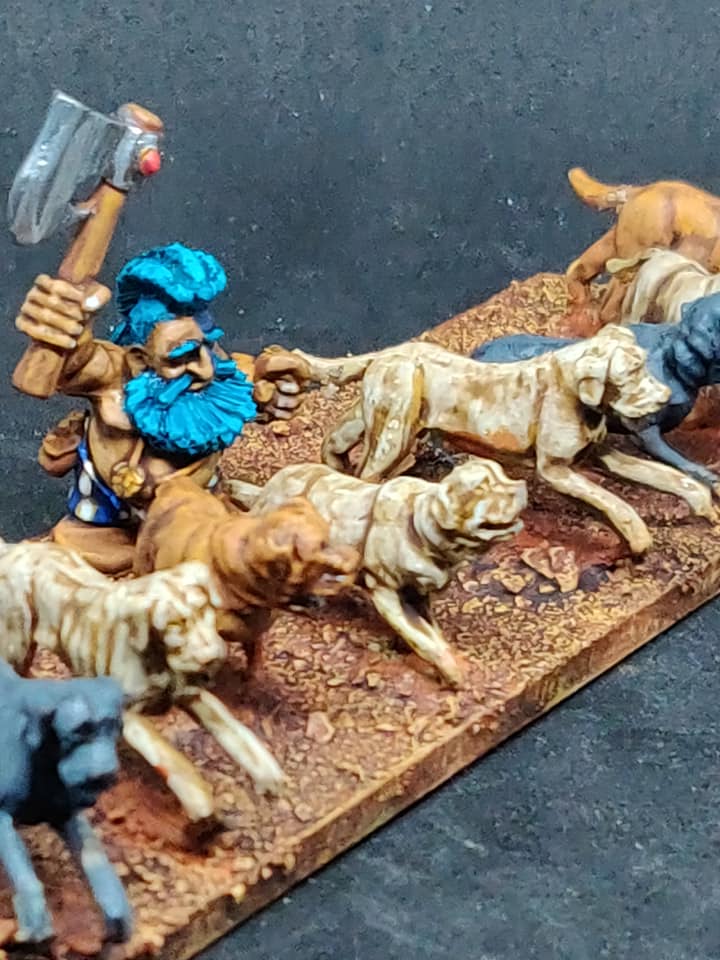 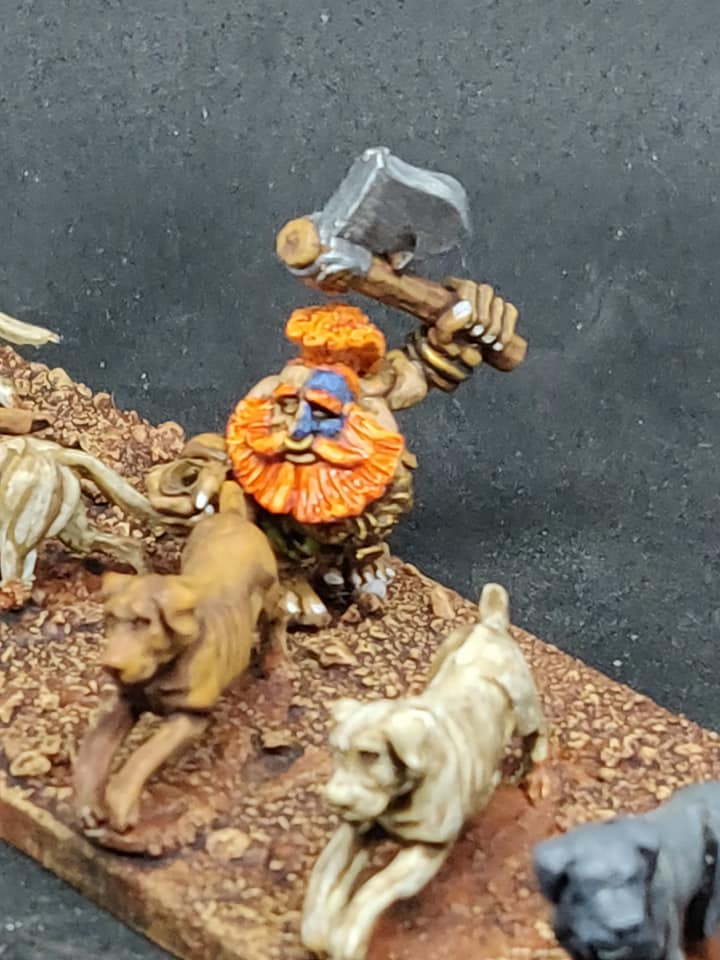 The actual Holdfast of Bowland is defended by the Shieldbreakers , these troops have adapted to living on the surface in their destroyed hold and can fight flexibly in Hordes, Regiments or even troops , using their scouting abilities to approach enemies before bombarding them with Mastiffs and following up with their devastating hammer strikes. 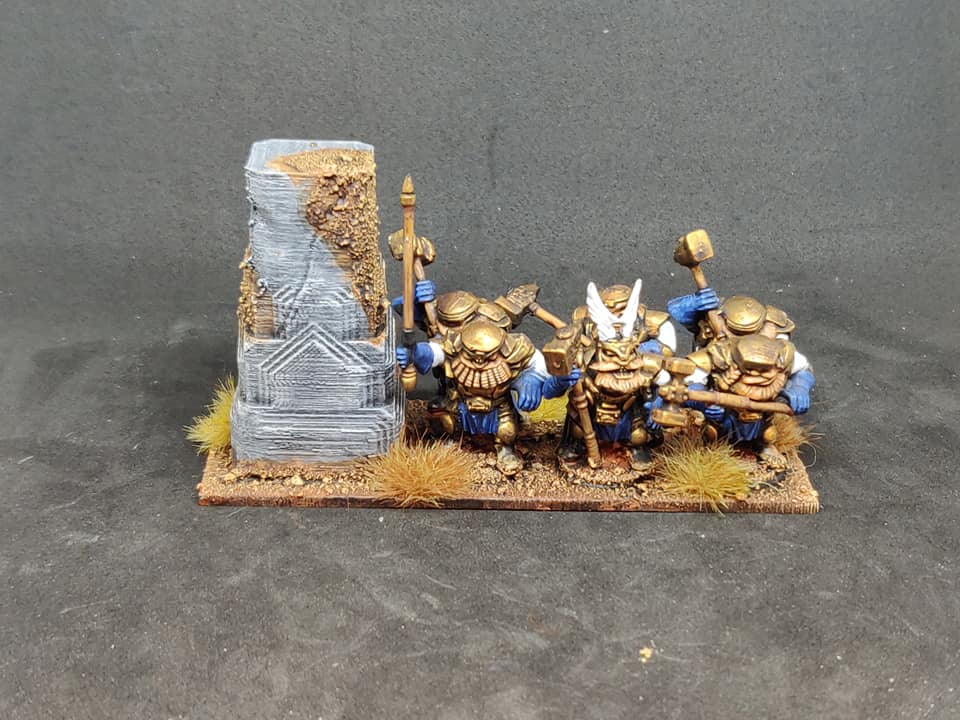 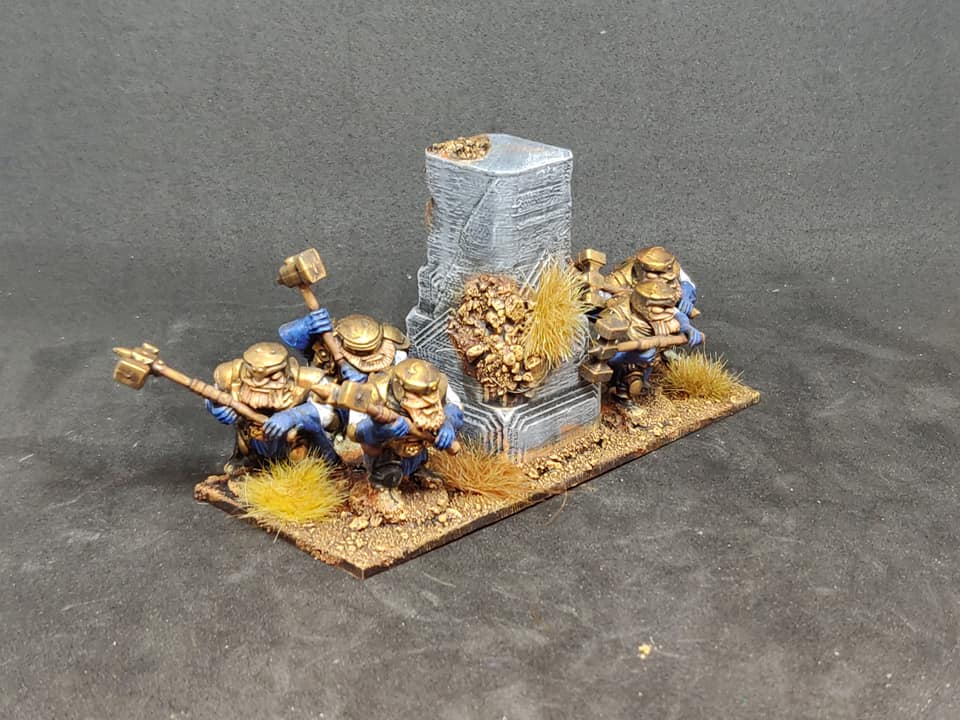 To enable the Bowlanders to hold their own against the large numbers of grotesque creatures being arrayed against them these days the Stone Priests of the Holdfast have summoned the fearsome might of Earth Elementals from the smashed rock of the collapsed Dwarven Halls they now live amongst. These awesomely powerful troops bolster the defences of the Free Dwarfs against the new terrors of Pannithor. 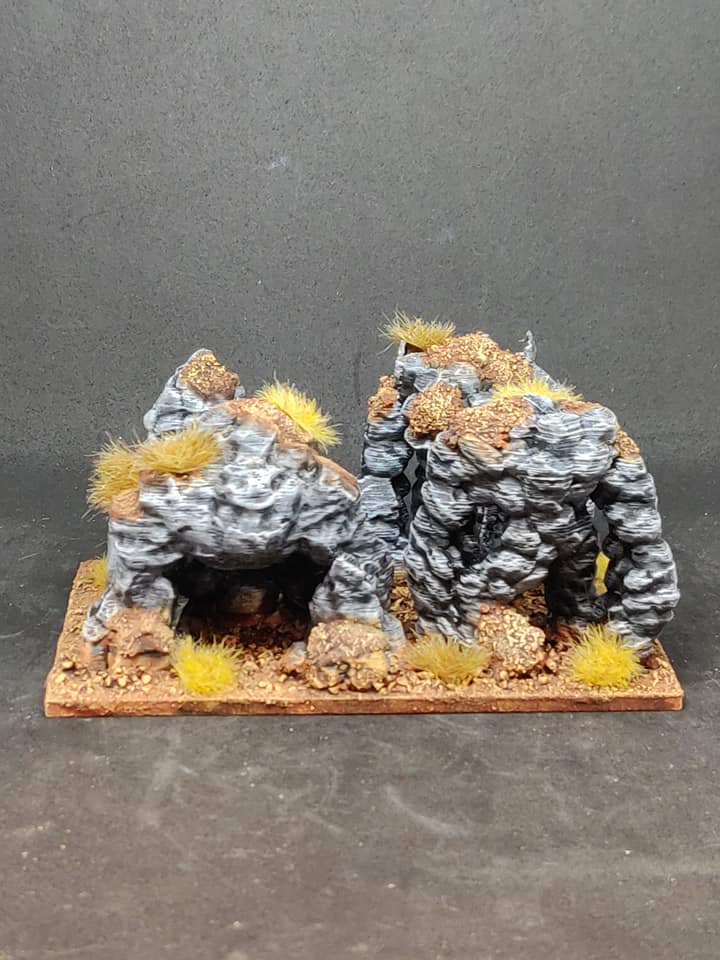 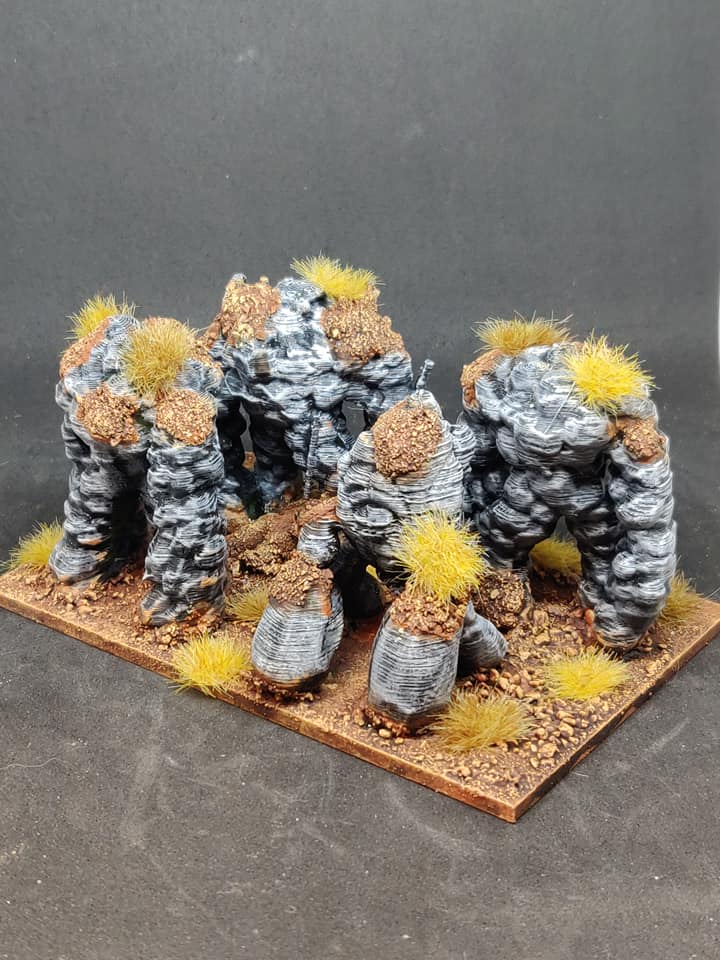 These Elementals were summoned using my 3D printer due to not wanting the cost and weight of the official metal models , after a spray and drybrush they look the part and perform equally as well on the table

Occasionally Sveri Egilax comes to visit his Daughter in Bowland and sometimes leads her forces himself. 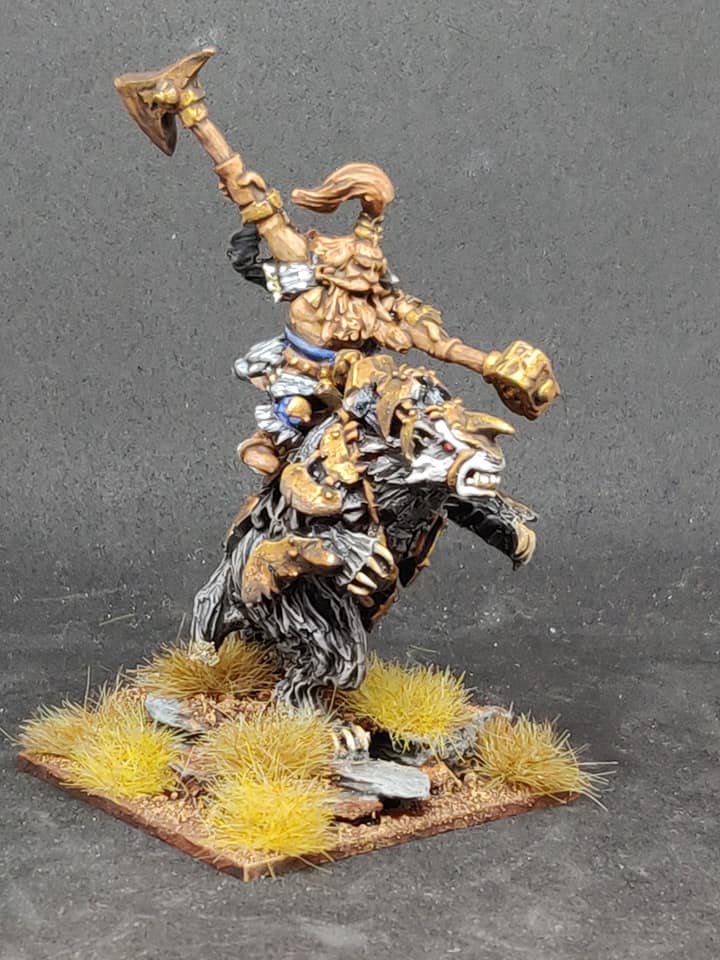 But possibly the most flamboyant of Bleu’s followers is the onetime king of a smaller Dwarf Hold in the North , who was driven out by the foul Abyssal Dwarfs and swore to revenge them as best he could. He settled in the Holdfast of Bowland as this gives him the opportunities he craves to fight his dark cousins. Once a Mighty King but now a Berserker Lord with Wings of Honeymaze he is still known to friends and Foes alike as “WINGY KINGY” 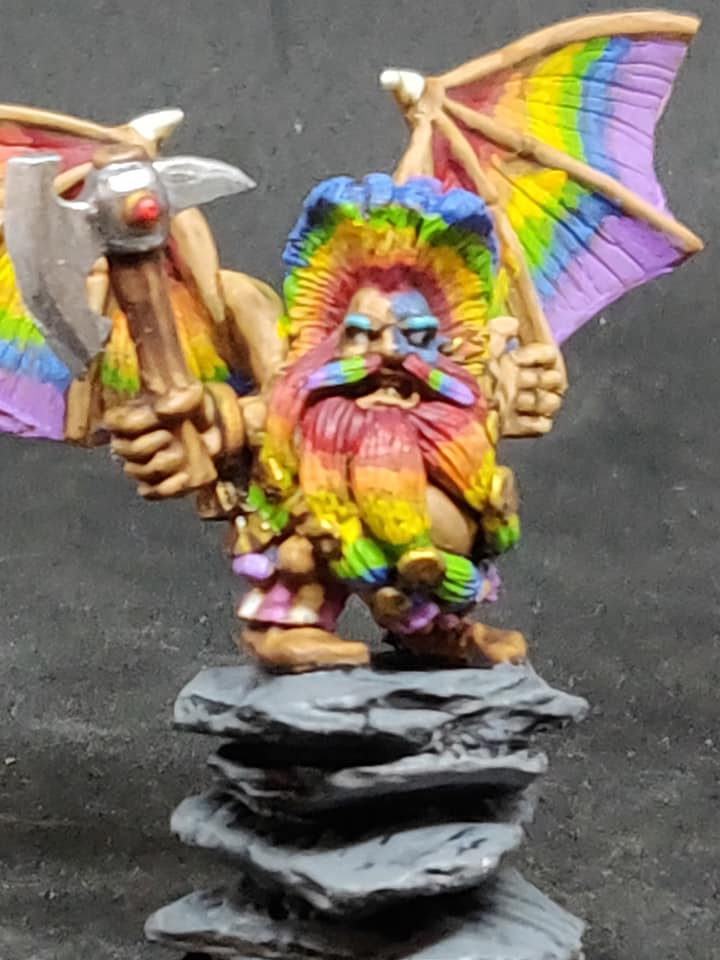 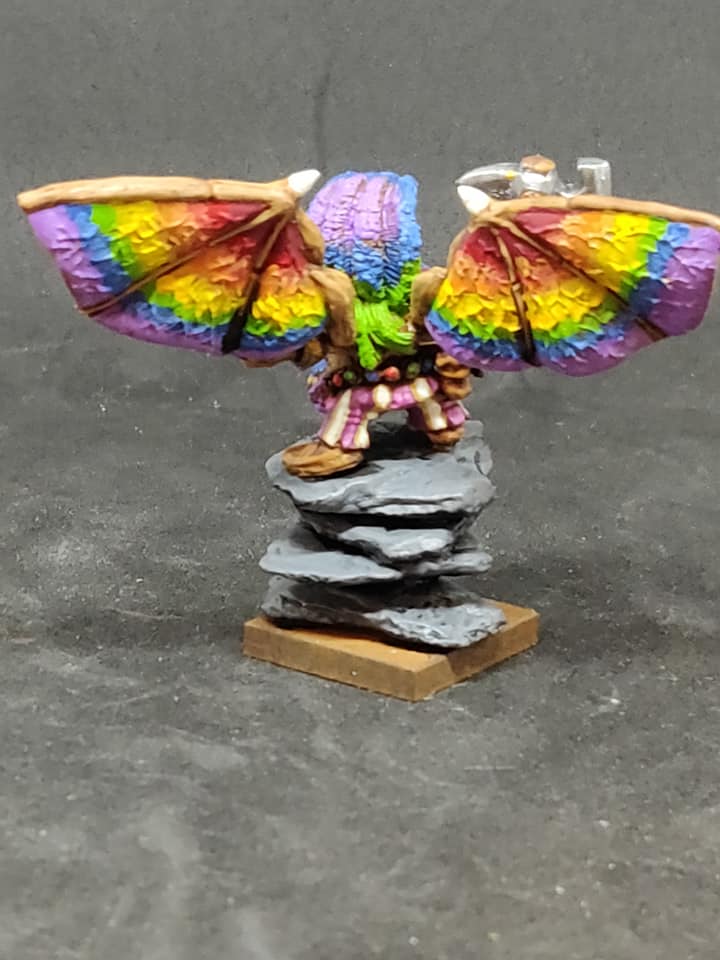 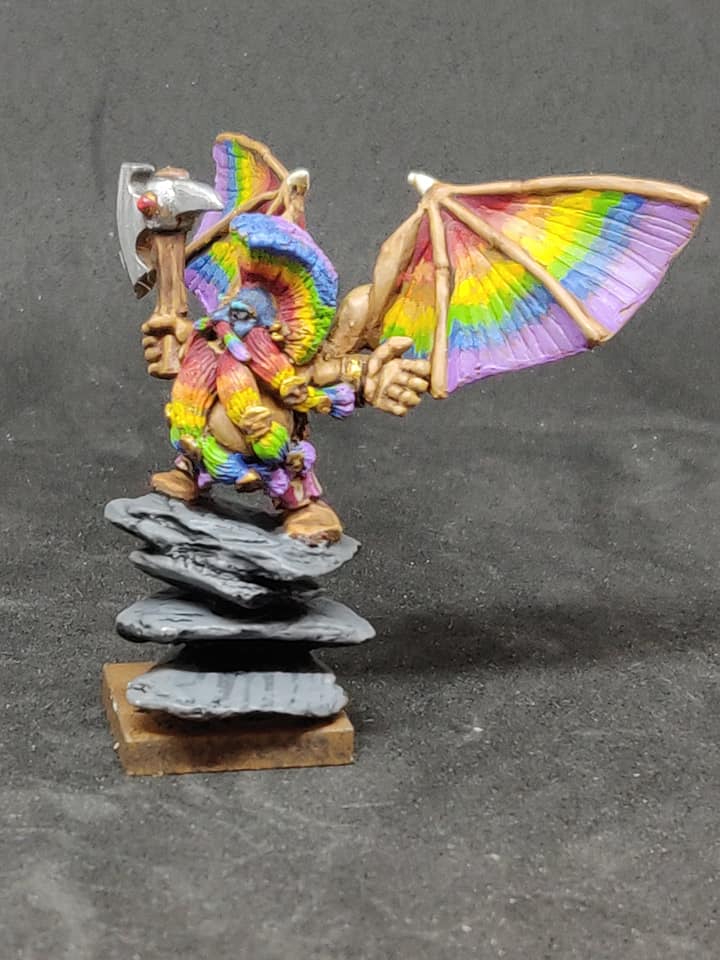 Thank You for looking

This is soooooo good!