Mount Eremite was noted for its lonely place in northwestern Halpi. While it lacked the wealth of other holds, its warriors were well-trained, fell-handed heroes. The aftermath of the Winter War brought with it terror and death for Mount Eremite. Having sworn ruddy, terrible oaths to return to their home, the Dwarfs of Mount Eremite now fight for their brethren amongst the Free Dwarfs. With wild eyes and howling cries, they lay into the foe with wild abandon.

Some recently painted Shieldbreakers, waiting to be rebased from their temporary bases. 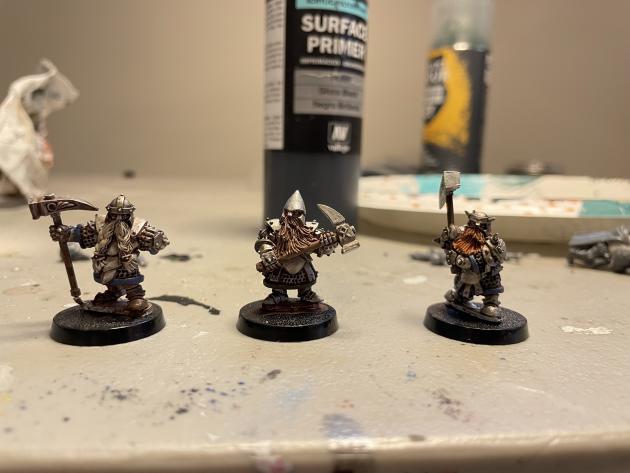 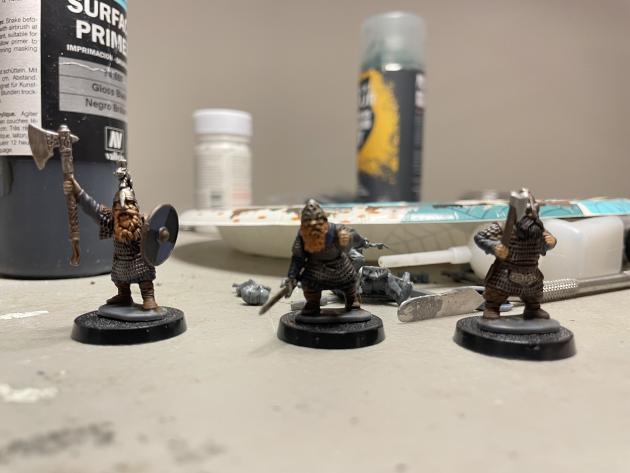 Ironclads. The doughty defensive line of any Dwarf army.