The abyssal dwarf Hellfane can have the brutal aura and the wild charge aura.
My question is does the hellfane itself benefit from those auras?
The reason I’m asking is that the auras are described as Dwarf/infantry only but in the Aura rules it states that it will “only grant the special rule to the unit with that name or keyword in addition to the unit with the Aura itself”
So does the “in addition” part mean that the Hellfane will get those benefits even though it does not have the dwarf/infantry keywords?

Yes, the unit with the aura will always benefit. 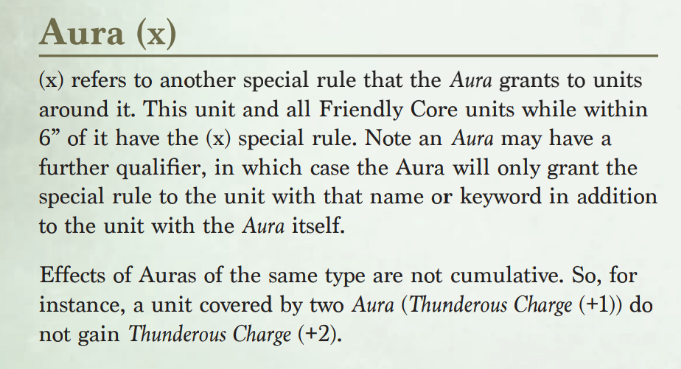