I haven’t posted here in a while. I was preparing a couple of armies a while back with the intention of getting back into KoW with third ed after a house move in 2018, but that was derailed by the 'rona, and even after things returned to some sort of normality (hopefully for good) I had lost momentum.

So it’s now Spring 2022 and I still haven’t played a single game of third edition! That changes tomorrow, all being well, when I’m planning to play Steve Hildrew of this parish up in Birmingham. Here’s the army I’ve prepared for getting back into the game: Ogres. I started with Grok back in November, which I’d bought from my FLGS in a whim. 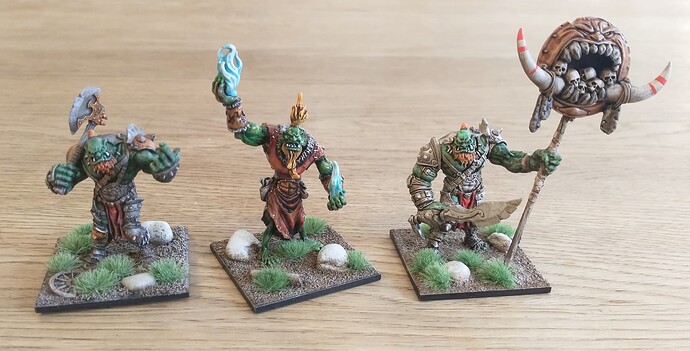 IMG_20220509_1410581661920×977 178 KB
I wanted to establish a paint recipe that would be quick and easy. I primed with AP leather brown spray, and then did a zenithal spray of AP skeleton bone. I drybrushed this all over with GW Pallid Wych Flesh. I filled in all the areas of flesh with Hexwraith Flame, which is a GW technical paint. I’m not sure if they still make it, but it’s a lot like a green contrast paint. After that, I just blocked in areas of colour, washed everything with AP strong tone quickshade ink, and then picked out fangs and hair over the top.
The other models here are the standard, with a part taken from the old GW ogre sprue, and Nomagarok, who I varnished the hell out of, being a metal model. I need to give it a coat of Matt varnish to take the gloss down. 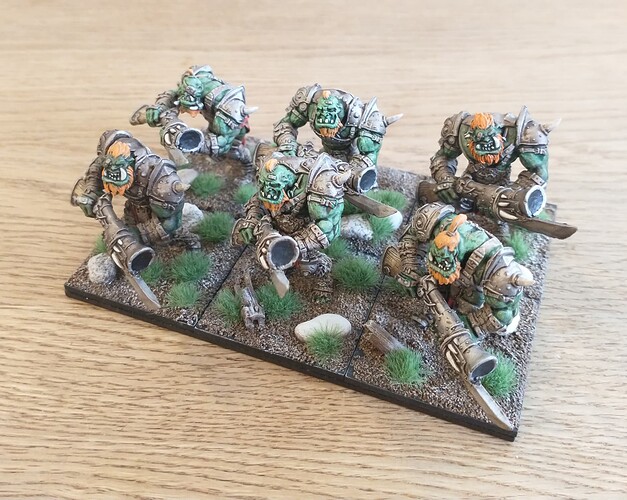 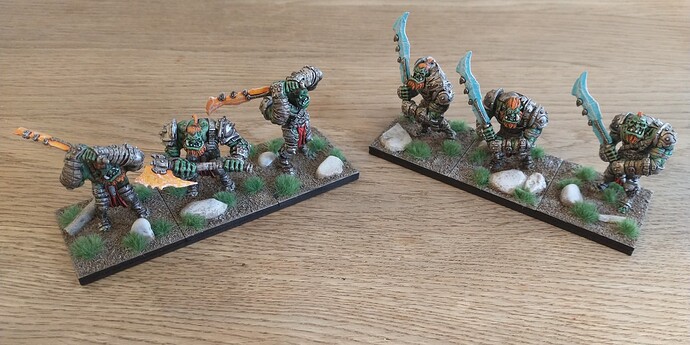 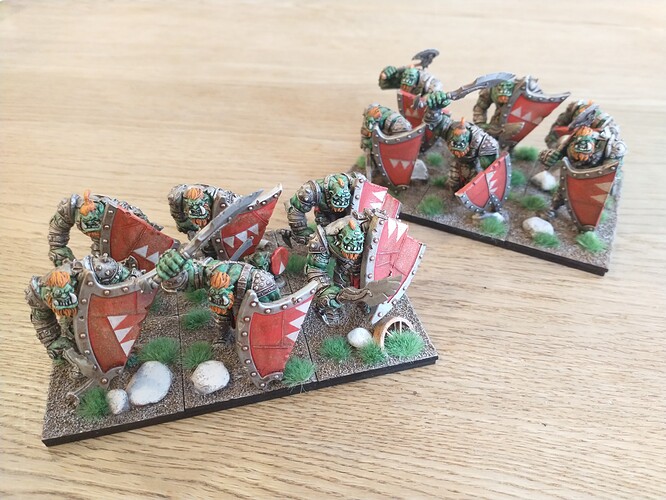 IMG_20220509_1412030454608×1936 641 KB
Here are two regiments of Berserker Braves. These are ancient monopose plastic figures from the old 90s Darkworld boardgame. I like the retro cartoonish silliness, and their fetching haircuts. 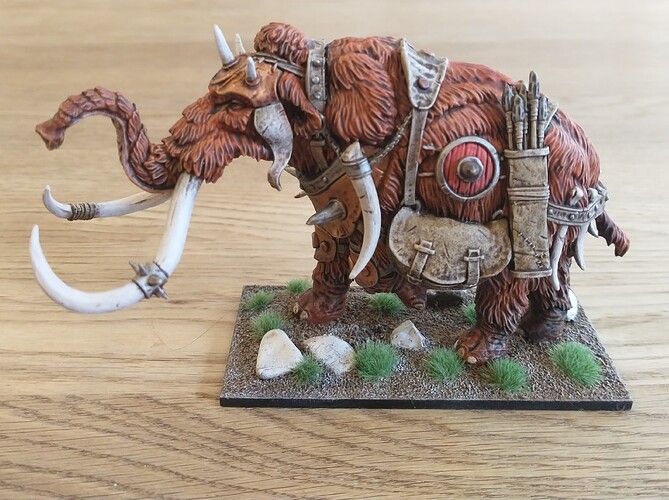 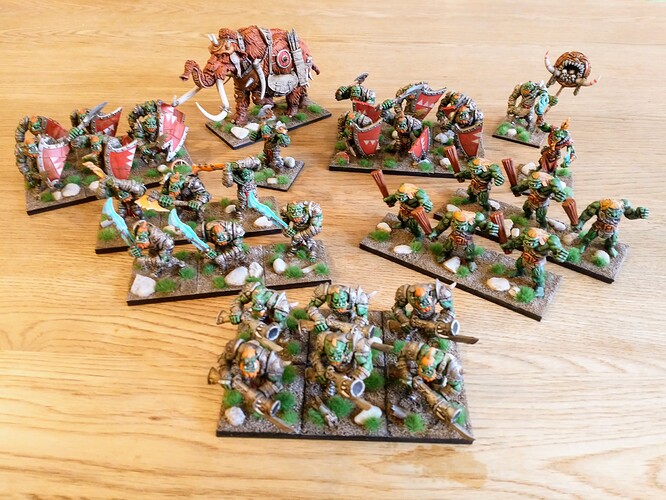 Really neat stuff here! I like the berserker braves a lot, they work remarkably well considering their stylish hair.

Thanks! I was surprised they worked OK, despite the dodgy coiffures, as you say
. I found them in my bits box and decided to give them a go.

Love the army and particularly the ogres. I painted the ones on the box for waddingtons back in the day. Those Naismith sculpts have a special place in my heart.

Oh wow, that’s amazing! And I didn’t know they were by Bob. So many of my favourite figures turn out to be his work! Did he do the Mantic orcs do you know?

I’m not sure, I know he did a lot of work on Mantic’s early stuff.
I believe he did the plastic dwarfs and orcs plus
I think the skeletons are his, definitely the metal undead characters are his ( the old death kings cabal set and the mantic points liche king)

I got this resin production 3-up for the Mantic plastic orcs and made it into a giant for my Ogres. Grokagamok for scale! 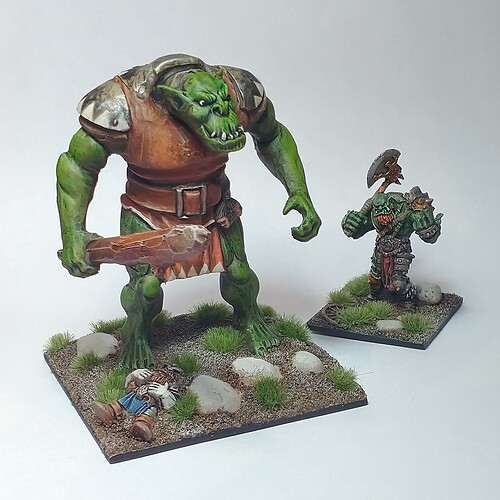 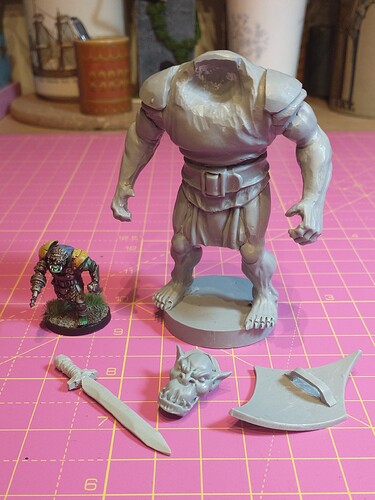