Quick report about Mean Squeaks event in Bristol yesterday - 4 game, 18 player event. @KoshtraBelorn will no doubt provide one in his inimitable style about the Moonraker contingent in due course.

The Mean Squeaks of Bristol: the army lists

Find out the forces mustering, ready to contest the Mean Squeaks of Bristol.

First ever outing for halflings - which are really swingy and probably more of a finesse army than my usual approach! I miss me3 infantry and bane chant 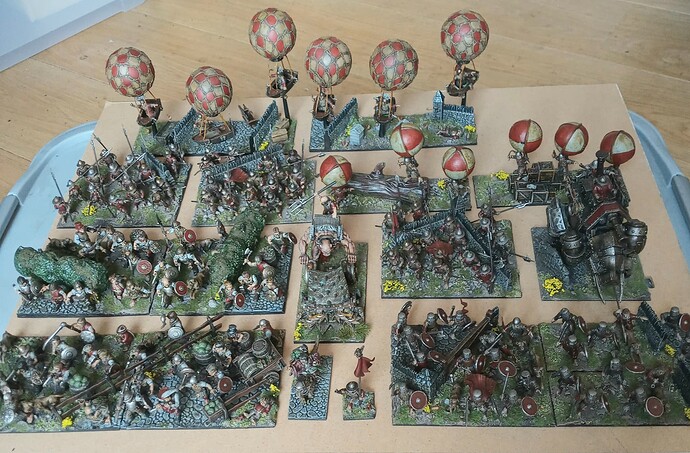 Loot v Todd Durkin NS.
It didn’t have scarecrows or mind screech and only 2 soulflayers, so I’d never seen an army like it

Tooled up reapers can do a LOT of damage to poor de4 halflings, but balloons can hurt! Aeronaut damage in game ranged from 1 (when devestated) to 29 (rear charging a void lurker).
Good fun game against first time oppo - his list obviously works as he finished 2nd overall. 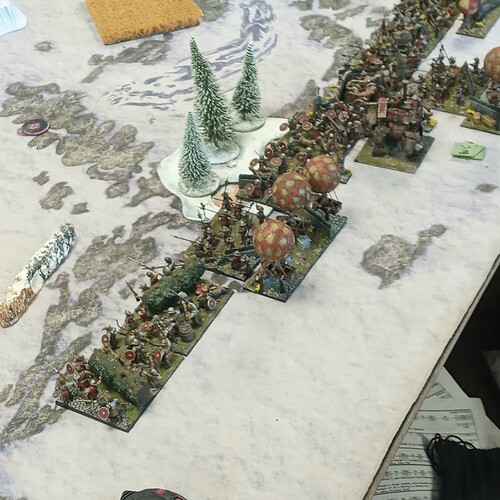 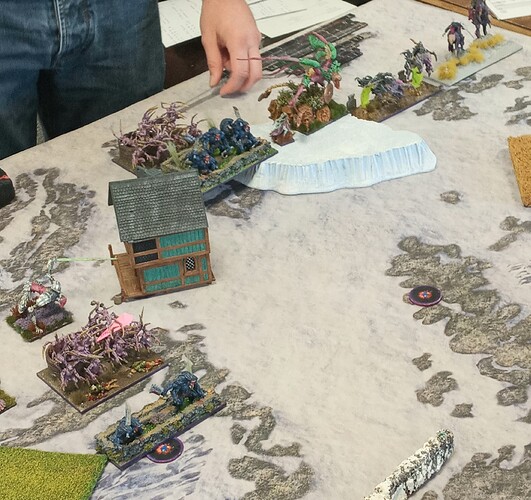 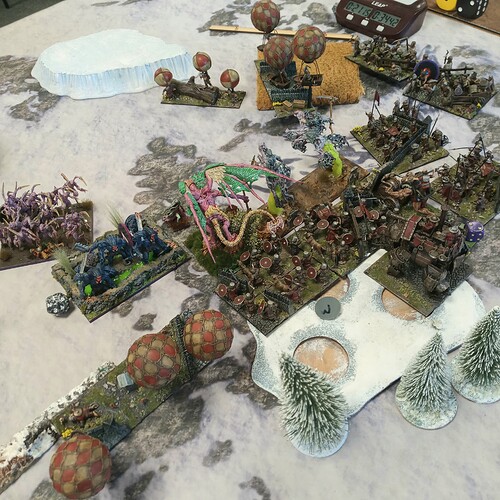 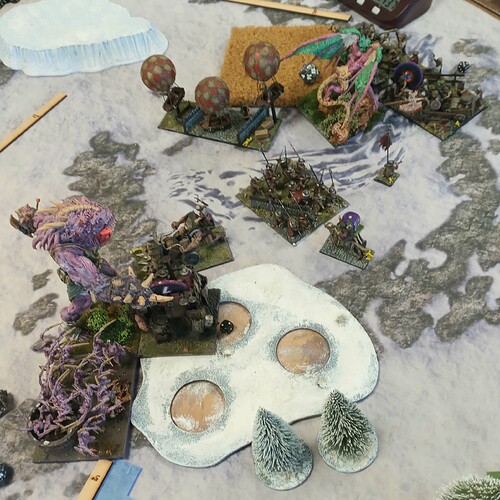 Pillage v Paul Fox Dwarfs
3 EE hordes and 2 Steel Behemoth take a lot to crack, esp when you are relying on me4, blast and brutal to do the job! Left a couple of stalwart regs to babysit far flung objectives I deployed the “refused centre” technique to try to win the others on US (comment from table next door along lines of “have you deployed yet” on seeing the RHS). Some slightly sub par dice in places, let what appeared at one point to be some potential goodness just get squished! Steel beats Iron! 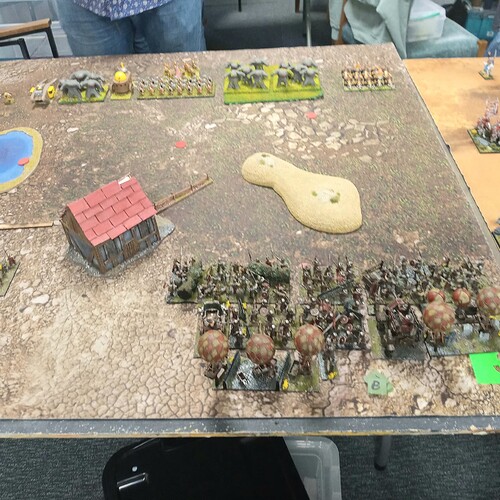 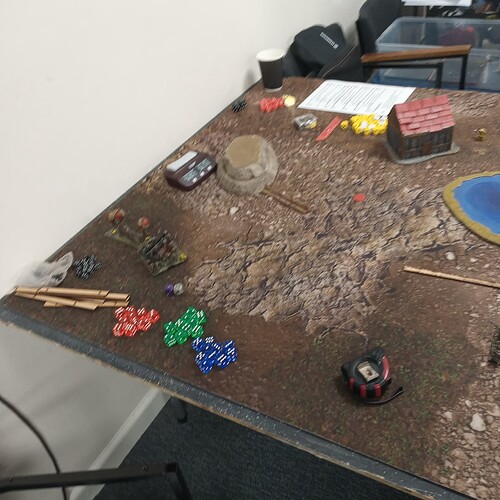 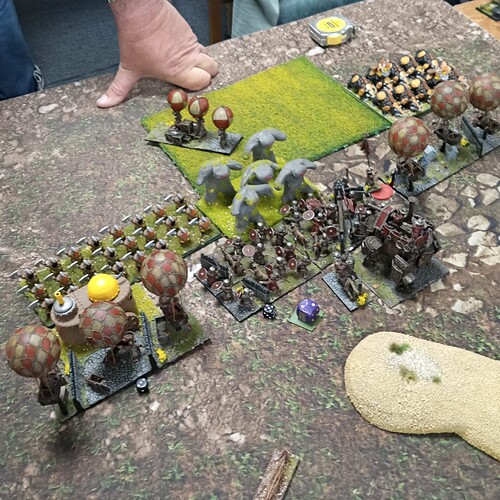 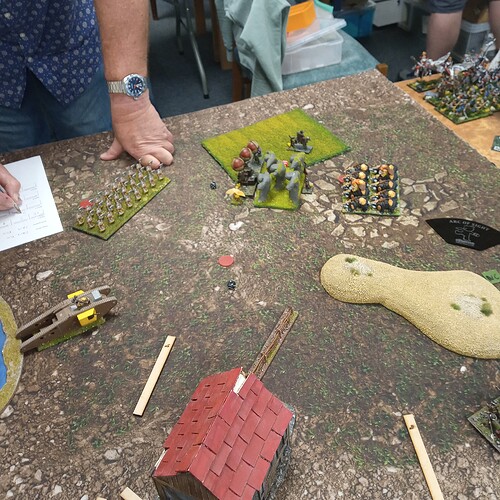 Salt the Earth v Matthew James KoM
There were a number of scenarios I’d have chosen to play against a knight heavy list with scouts, pegs and mounted wizard support - this wasn’t one of them! Very sensibly he wiped the ones I might reach in turns 1&2 after going first.
By not over committing on charges early meant he had reserves to pick later combats and still have plenty to sit on objectives. A couple of late snake-eyes (knights on aeronauts, which saw the unwounded knights die in return; militia horde survived a massive combi charge from aeronauts, grenadiers, harvester and iron beast, which ultimately cost the fliers) made things interesting.
Solid win to Matt, who ended 3rd. 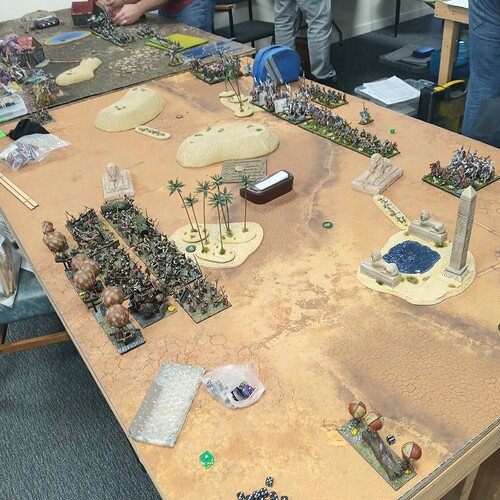 Invade v Simon Tanner TK
Really lovely (looking!) army. 3 gladestalkers, 2 tooled up horsemen reg, 2 mind screech, me3 titan effort, crone and Mikey. Dumped all the flyers on one side to get lots of US (I was 11 up at start) into his half early and everything else on the other - partly to try to avoid gs shooting and to hopefully swamp the clearly better twiglet units!
However, even elite braves take way too long to do any real damage to de3 gladestalkers, don’t die when they should and then when the decent infantry turn up they have the hammer of measured force!!
Previously only ever seen HSB whinging on Fanatics, but fck me! - thank you for changing the rules in 3.5! Untouched, gastromancy rally buffed Pride of the Shires nicely placed to do heavy killing sht. HSB(8) bestows 7 extra attacks on Mikey - which he doubles to 26 - 3s with elite and 4s leaves it snakes, which I don’t get! Ouch
LB and archery managed to kill aeronaut unit and stalwarts to confirm Simon’s win, although the halfling sergeant did kill a horsemen regiment! 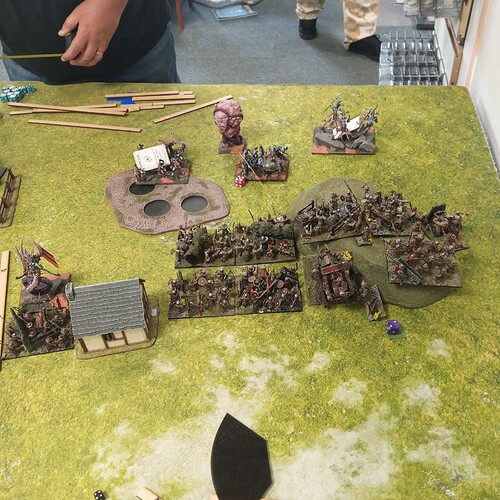 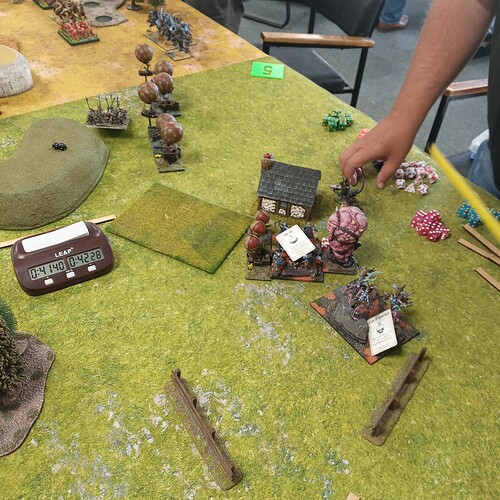 Another quality event and kudos for the ‘losers’ raffle’ - anyone not winning a trophy (and accompanying mantic credit) was in the pot for one of 3 store gift vouchers. 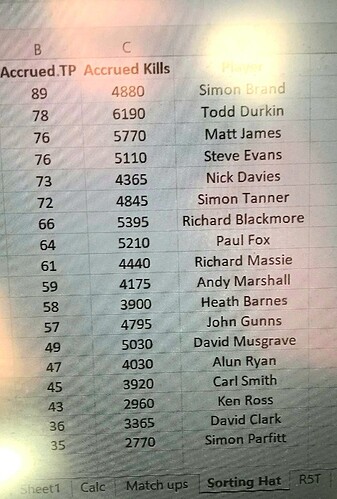