Sometimes you find an old model lying around in the bottom of your box of shame, badly painted, partially painted, or in serious need of repair. It is quite interesting to repair and repaint it and see the transformation.

I have “inherited” some models from my brother, who played some a long time ago and then gradually stopped, leaving behind some boxes of stuff.
Some of the models were partially painted. Here is a deamon prince (I think? I don’t have the box.): 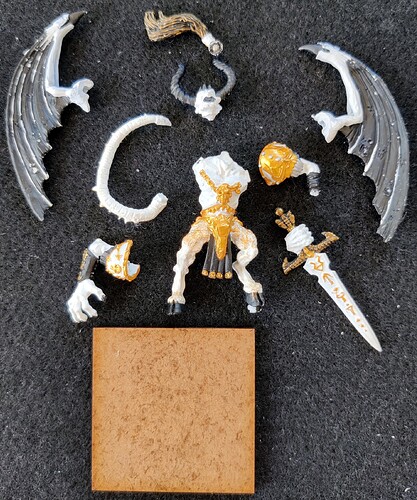 After some mould line removal, adjustment and much pinning and glueing later, he is assembled. 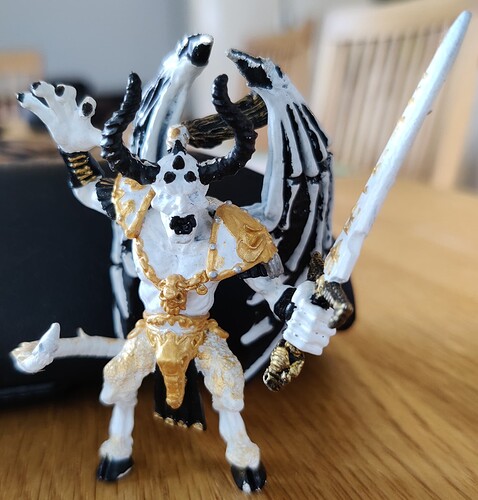 He needs a solid footing, so I gathered some rocks: 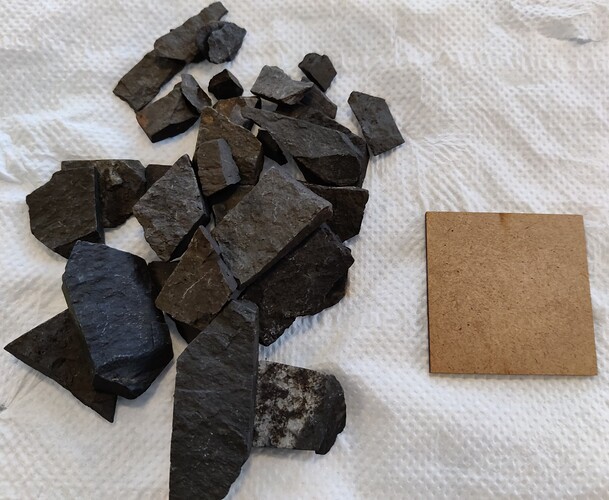 These are relatively soft sedimentary rocks, so I could drill holes in them with my normal model drill: 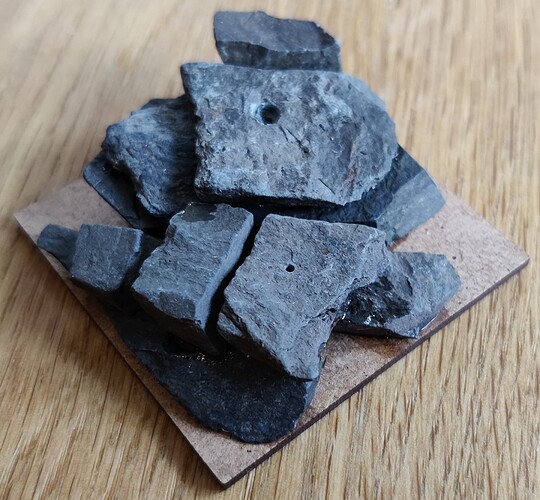 Deamon on the rocks!: 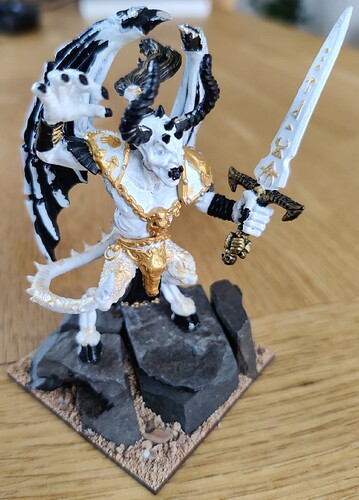 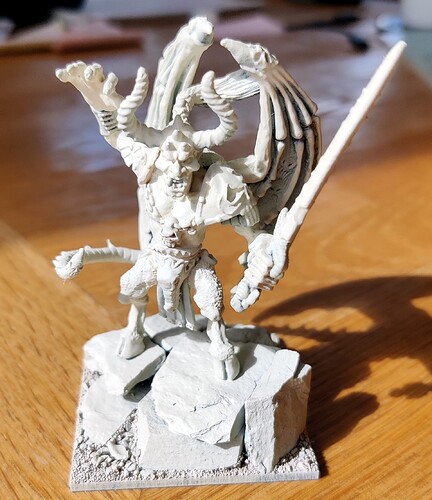 Contrast paints can be used as a nice base layer, to then build additional shading on later: 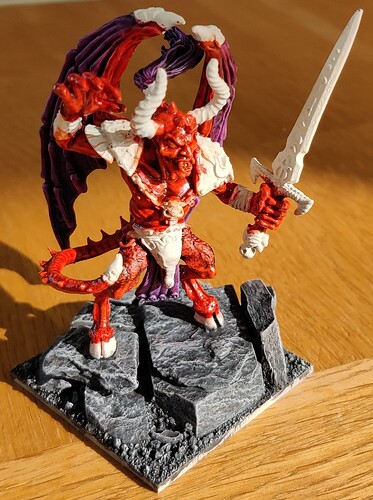 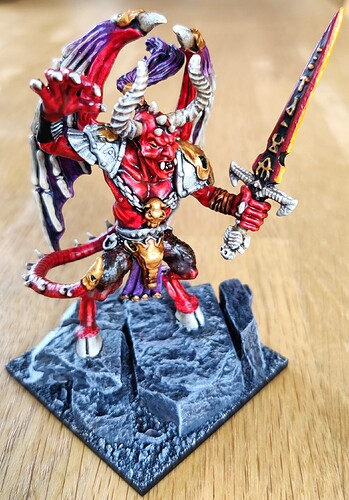 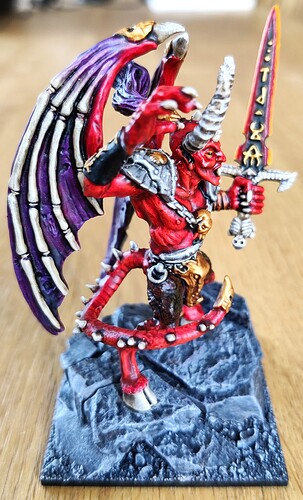 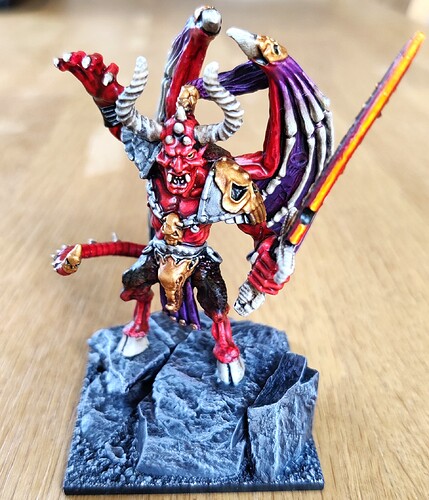 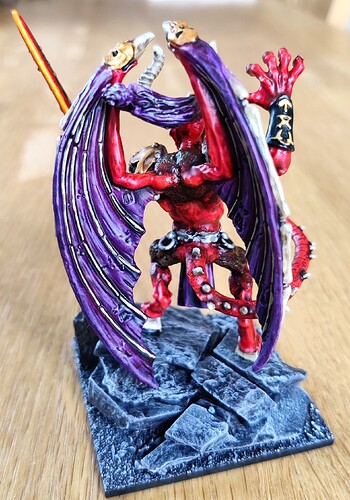 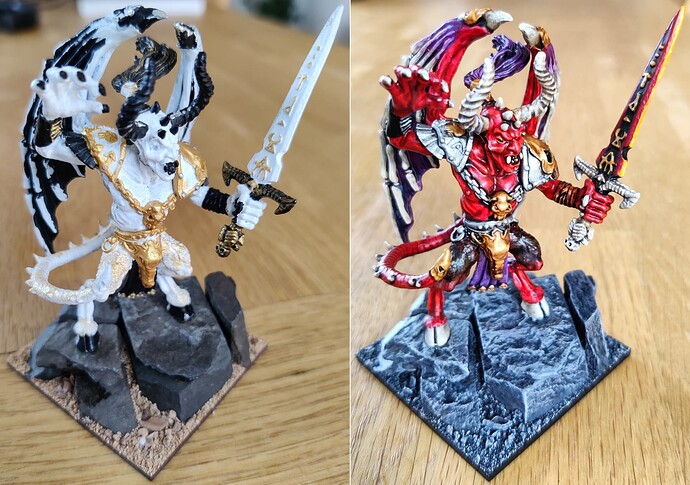 Did you strip the model at all?

What an awesome blast from the past!

I didn’t strip it (apart from filing down mould lines), just basecoated over the old paint. Seems to have worked.