Pondering what models to use.

I do have some Palace Guard painted already, but I don’t think the models suit the forest guard idea that well, especially since I used the long Glaives on that Regiment.

What I’m pondering is Palace Guard Models with Axes / Swords (to set them apart from the “Glaive Palace Guard” which I already have) or possibly Spearmen/Archers with the extra Swords on the sprue instead of the Bows/Spears. I do have a lot of those Swords anyways

I kinda like the idea of the Spearmen/Archer Models with swords … but the Palace Guard models might make the whole army look a bit more varied. Otherwise I would be using the same base models for Archers, Spearmen, Searguard and now Forest Guard as well.

Any thoughts? Is anyone fielding Forest Guard units? Maybe I’ll decide to not even bother with them after all

If you’re sticking with Mantic, I reckon all swords for the palace guard and all axes for the forest guard would work well. Palace painted in more regal colours and forest in greens, perhaps browns.

Thanks for the ideas

I already looked at the scout models and even managed to get hold of quite a few of the old twilight kin kits with cloaks, just planned to use them as Gladestalkers with bows or Boskwraiths with Sword and Dagger / Double Swords.

I’ll probably go with the Palace Guard Models after all and use the weapons and paint sceme to make them look different. More green and brown is a good idea Mark!

… will still be a while till i get around to painting Forest Guard anyways. Got Forest Shamblers and Stormwind lined up next for my little project.

P.S.: My already painted Palace Guard looks like this: 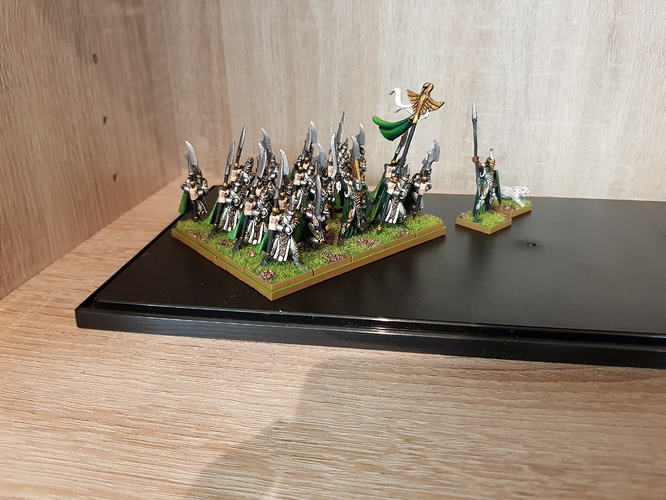 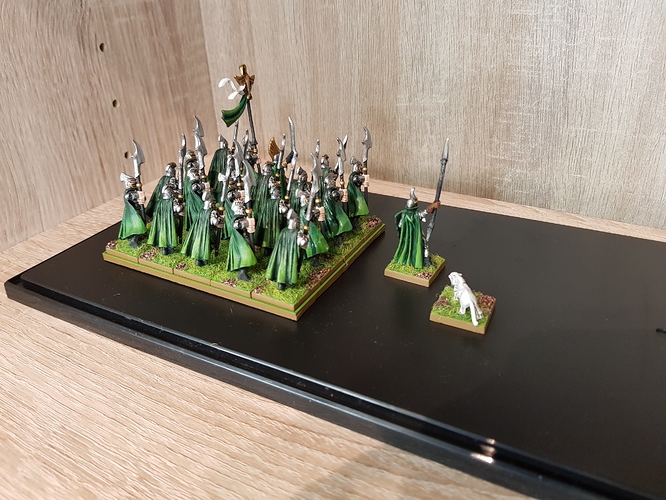 Those look very foresty to me

Otherwise I would consider either Eternal Guard (without shields, obviously) or Wildwood Rangers. Shouldn’t be too expensive if you pick up some of them used on ebay

I love what you did with the cloaks!

Thanks @Morofang ! The models aren’t really correct as far as “realistic lighting” goes, but I wanted to go for more of a comic look that makes them pop on the tabletop.

@LunaGuardian , yeah Iooked at GW and Reaper models as well and there are some solid options, but wherever possible, I want to stay all Mantic for now. I’ll probably only make an exception for Dragon(s) and/or Tree Herder Models, when I get around to painting those.