With a few minutes spare, I ruminated on my 5 favourite Mantic models, and decided that I would impose my thoughts on you.

Number one on my list is the Riftforged Orc Stormcaller on Manticore. The model is fantastic, goes together well and has a lot of character. It is easy to paint with lots of raised detail to catch contrast paints. The model is designed as a cavalry character but seems pretty big for that and so I modelled mine as large cavalry characters. 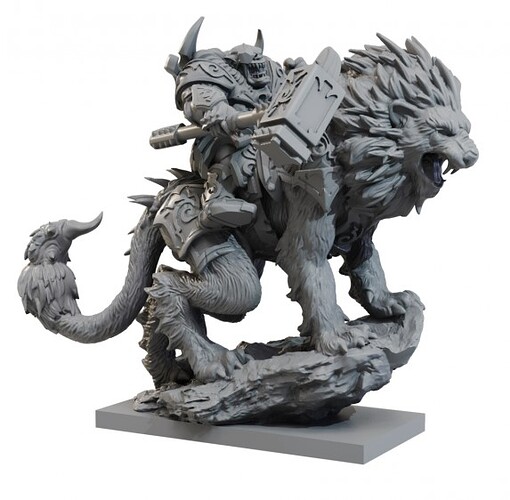 I also gave mine wings and made head swaps so that they can be used for almost any faction. Love that model. 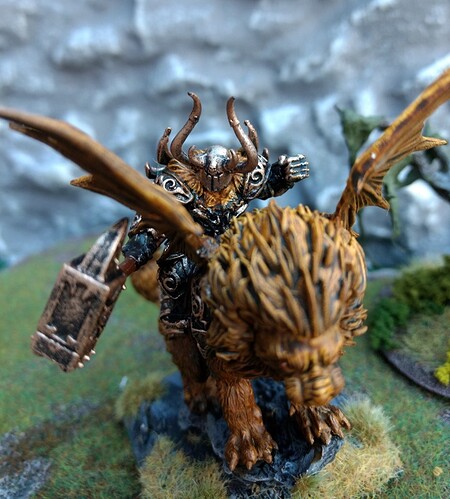 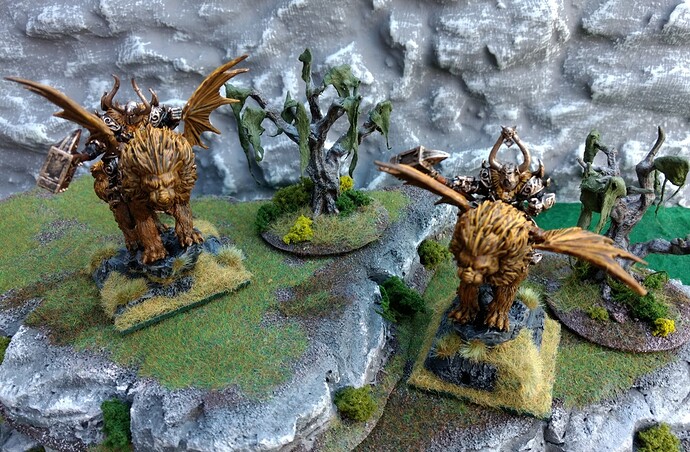 Next up is the Nightstalker Soulflayer. Another fantastic sculpt. 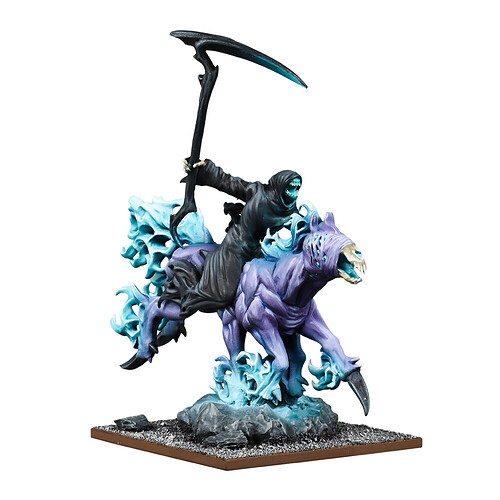 I have not been a fan of any of the Mantic cavalry models and so I went in the opposite direction to the Stormcaller and modelled the large cavalry Soulflayers as a conventional cavalry regiment. I could only fit 5 models onto a cavalry regiment base and so I added a Hound and an Imp to increase the model count. 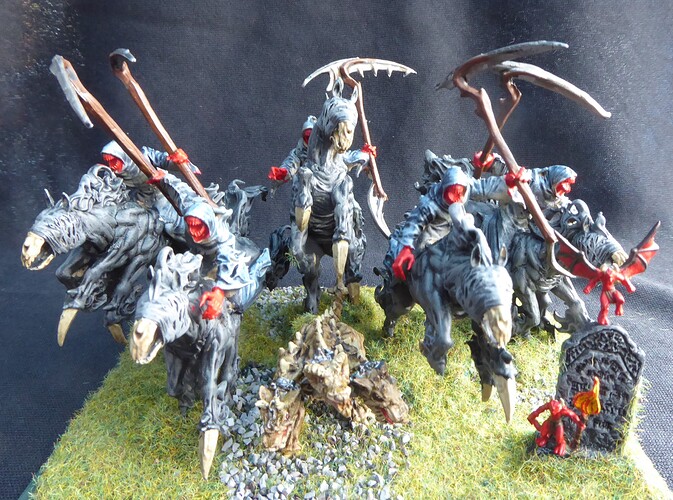 Again, this is an easy model to paint (do you see a theme developing here?).

Third is a model is the Plague Generation 1 Mutant from Deadzone. The model is not really designed for use in regiments and so there is only a single pose, but it would be relatively easy to modify if required. A really nice model, a dream to put together and could be painted in a variety of colour schemes to represent different large infantry or monster units. I painted some up as Trolls, supported by Plague Bursters and a Dreadball model. All of my previous Troll hordes have included a model holding a bottle for use as a weapon at pub closing time; it was too good an opportunity to miss not to recreate the look in one of these hordes. 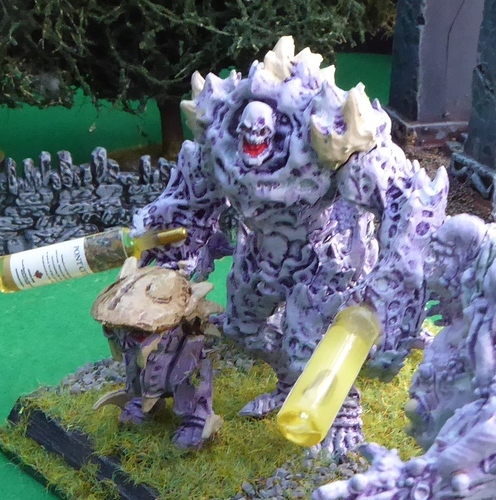 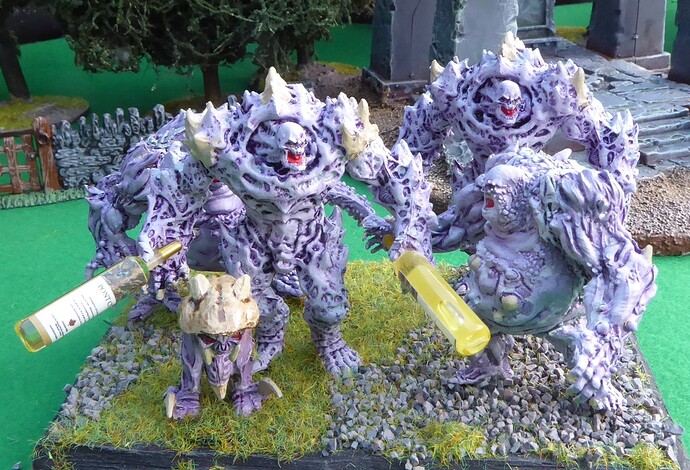 I also painted one up as a Fiend for my Abyssal army, armed with a whip tipped with human skulls.

A bit pricey, but maybe not when you consider that 3 Ice Elementals will set you back more than 3 Mutants.

A few years ago, Mantic sold off a lot of their remaindered Loka chess sets. I could not resist the bargain and bought a shed load of them. This generated a huge number of models that could stand in for a number of KoW units. I could have chosen many of the figures but the one I like best is the four armed snake women. These are mono pose, which is a disadvantage but, conversely, when you multi base them, there is no chance of an army or head popping off a model in the back rank. 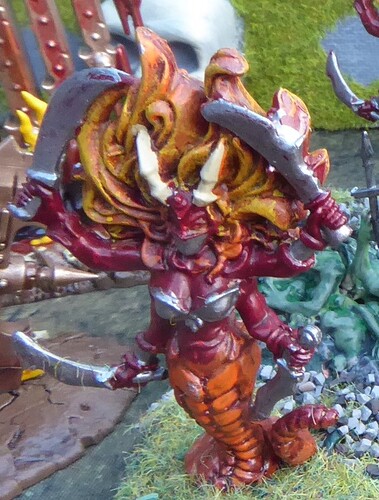 I painted up several hordes to use as Mollochs in my flaming Abyssal army. 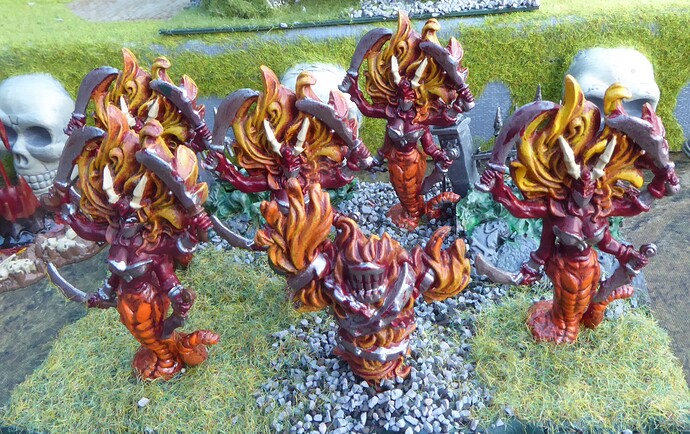 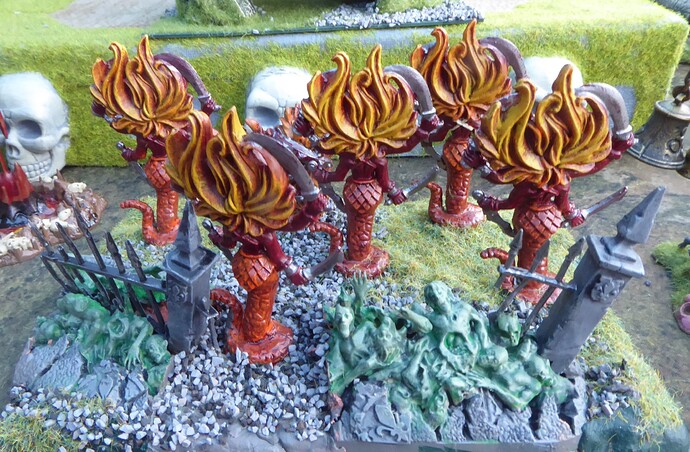 I also painted up 2 hordes as Water Elementals.

Other Loka models I converted to be holding spears where the mono pose nature of the models actually enhances the uniform regimental look of a spear unit. 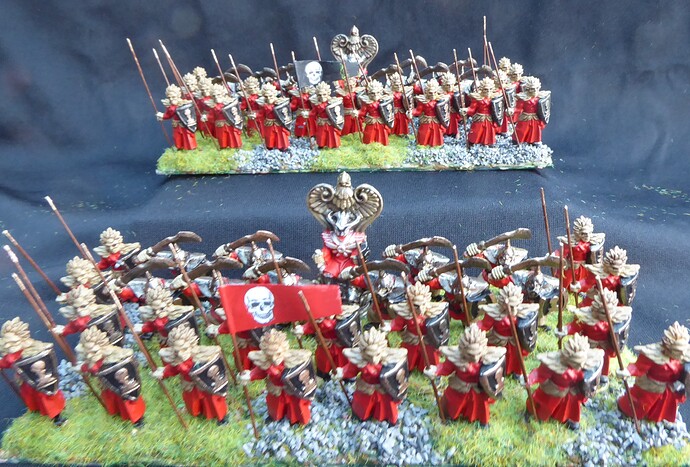 My final choice is the humble Goblin regiment sprue. Having suffered for years with the older Goblin models, the new sprues were a breath of fresh air. Lots of choice in weapons and heads means that each regiment can be given a unique look. 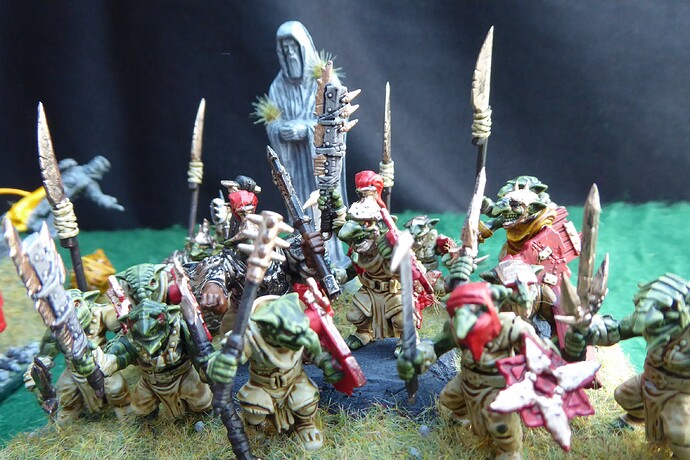 So, that’s my all-time 5 favourite models – this week. Doubtless, by next week I will have a completely different selection.

Despite having loads of KoW armies I don’t have that many mantic models, mainly as I has KoM or related armies, so many are historical ranges.

This is waaayyy less thought-out than the above article!

The phoenix was the first big resin model i got from them, and loved it. 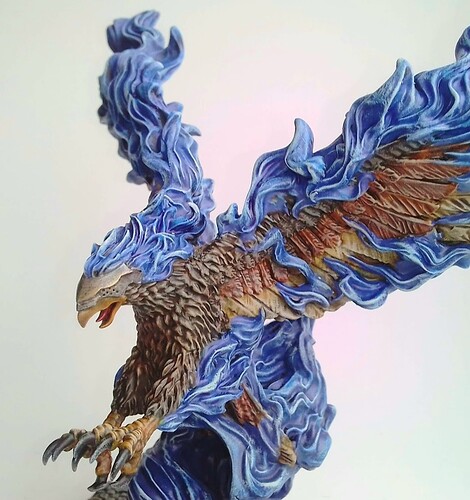 The halflings are a great range. 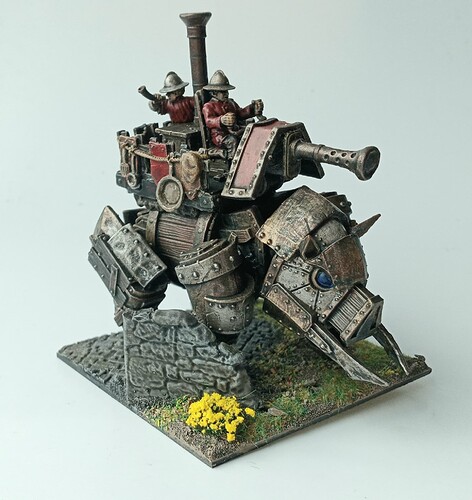 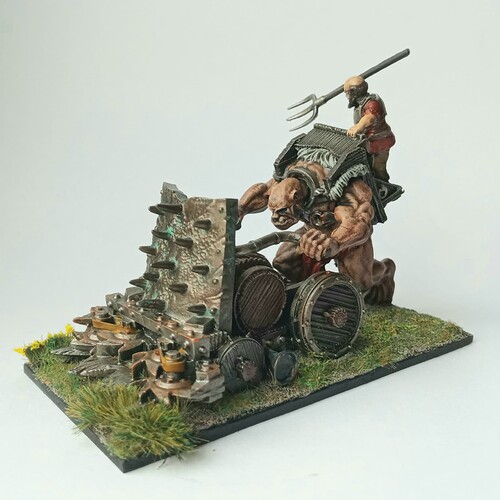 There are some nice stuff in the NA eange 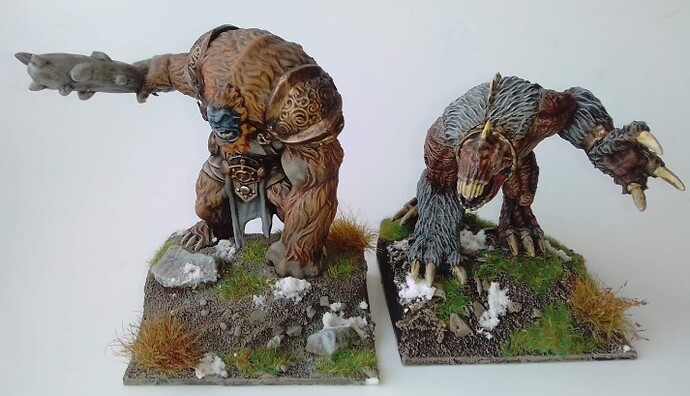 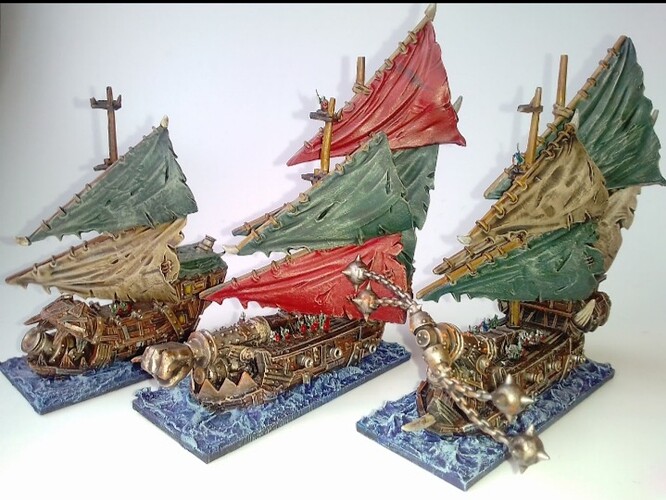 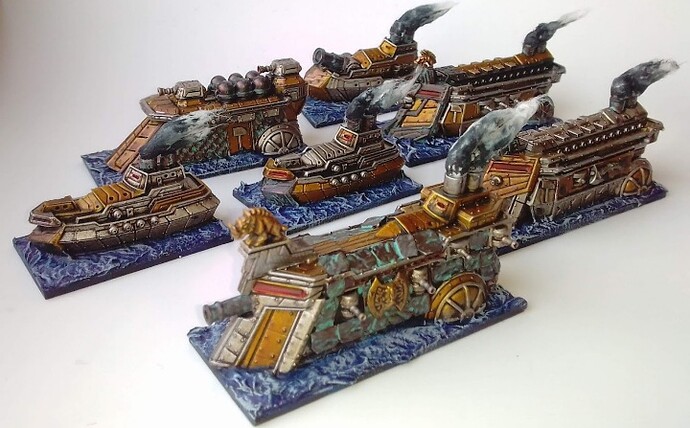 I don’t have pictures! But some favorites of mine include:

Mazon Lab Techs: I just like the design on these guys, they’re the expendable morally ambiguous redshirts, and I appreciate that.

Halflings: They have good hats.

Plague zombies: I just like sci-fi zombies is all.

Good hats are an excellent reason to buy models!

My top 5 in no particular order: 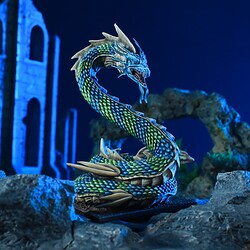 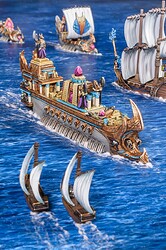 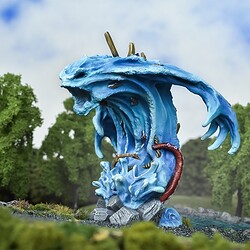 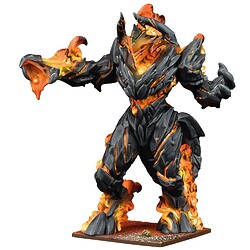 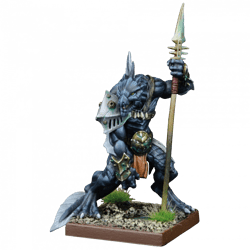