I originally posted this over at dakkadakka, but it seems more at home here!

I was pretty excited by Mantic’s Armada and picked up the starter as well as a few extra fleets. When I saw the Twilight Kin models, I had mixed feelings - the hulls were incredibly cool looking, but the sails were just… uninspired. To have these half organic, half wooden beasts prowling the seas of Pannithor… But powered by conventional sails that look like nearly every other navy? Seemed a real missed opportunity. Then I got my Reaper Bones V kickstarter. With lots, and lots of dragons… I’d been messing around with casting pieces for kitbashing before, and I thought: now here’s a project!

So off I went…

When the models came and I got a closer look at them, it was a little disappointing. It was clear that the model maker just drafted up half a ship, and then reproduced the exact same mirror half to complete the ship on the other side. I get why one might typically do this - with a normal sailing ship, I doubt I’d notice - but with the swirling amorphous hull/monster of these ships, it doesn’t work as well. And it turns out it’s not entirely a half-monster, half-ship - much of that amorphous mass is supposedly their “shroud” which protects them from long distance shooting. There are little faces throughout the fog, presumably evil spirits or the souls of defeated sailors, who knows? But it doesn’t look quite as awesome as I’d imagined it would… I wish they’d taken a little more time to make sure the port and starboard sides of the ships weren’t mirror images. The models would have benefited a lot from just a little more design work… Including different sails!

So I got to work casting a few wings from the Reaper bones kickstarter dragons (and one dragon dude from the new Descent boardgame). The plastic / resin I use is pretty friendly to shaping, sanding and cutting - with some judicious use of greenstuff modeling epoxy, I think they came out pretty OK. There’s a bit more commentary in the dakkadakka thread linked above.

Here are some photos 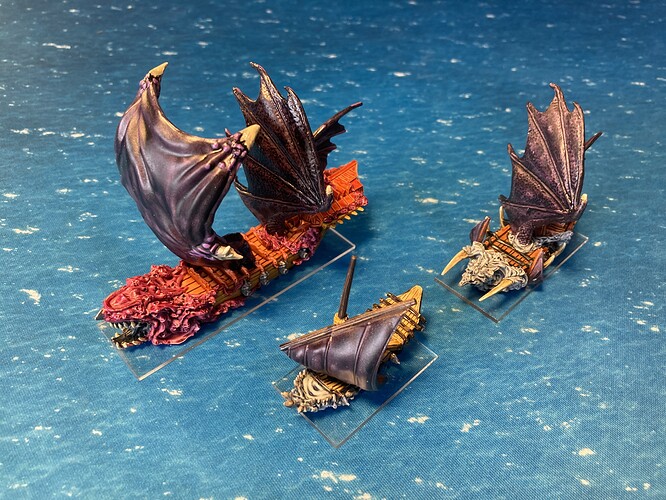 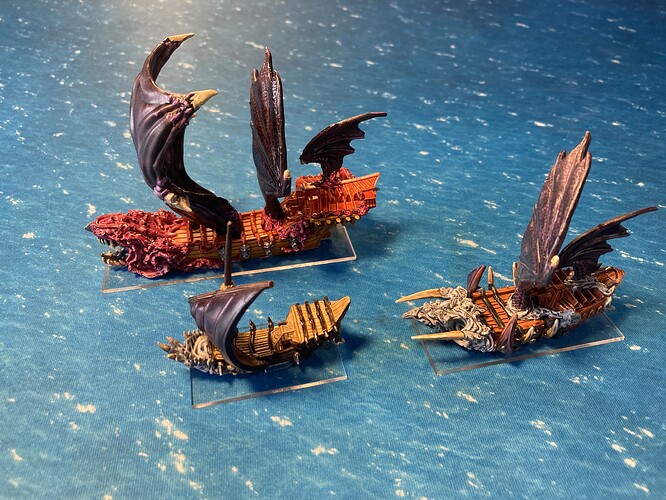 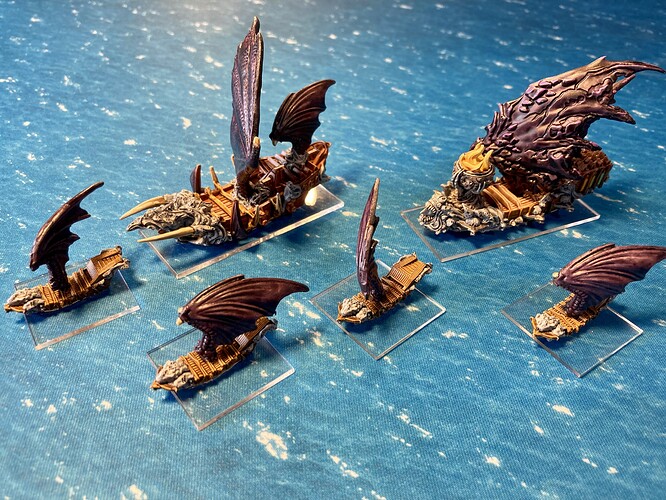 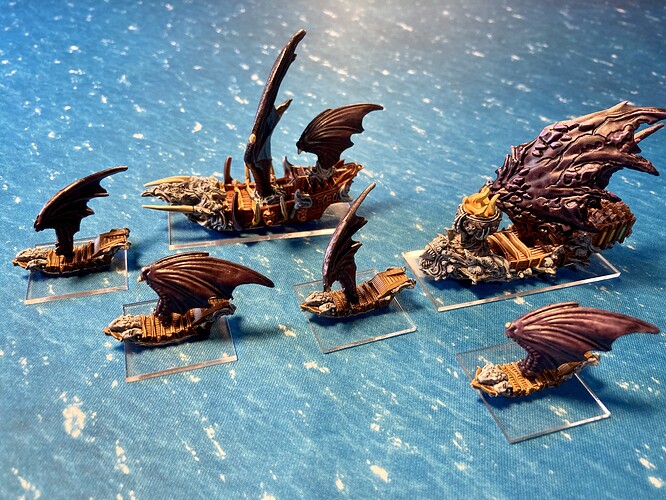 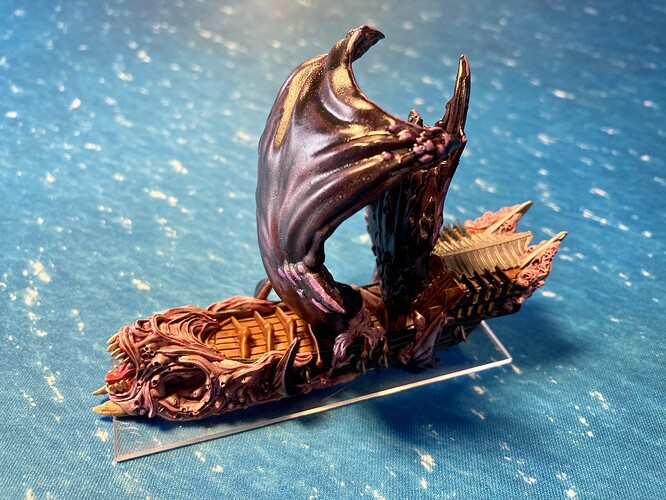 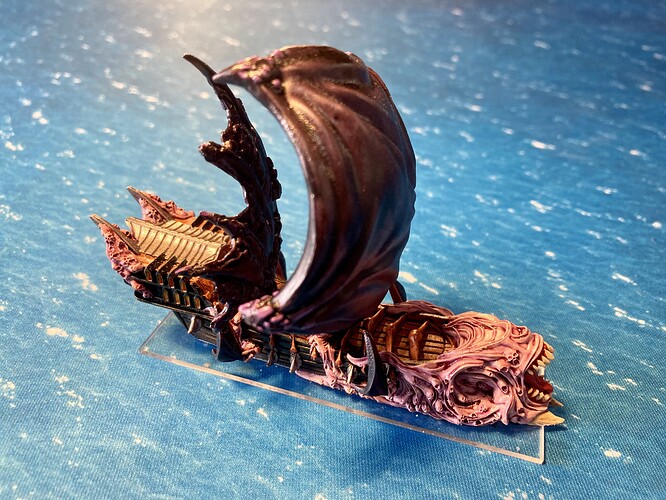 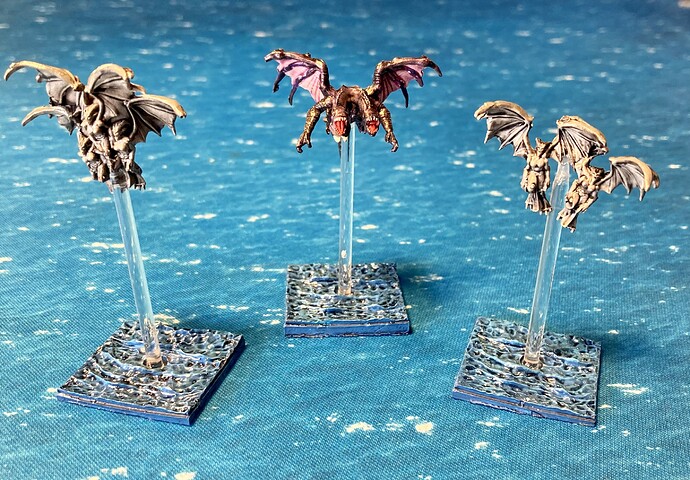 That looks really demonic and much more sinister, good job!

Having personally seen these ships in action on the table, I can attest it is a dope conversion that makes for a distinctive and menacing fleet!

Love it. Adds a lot of character.

They’re so good and sinister!