Need some help to transfer Warmachine Mercenaries to KoW

and a half painted Human themed one

this means not enough big models for an Earth Elemental themed Free Dwarf Army, not enough units for a Kingdom of Man Army and lots of Heroes

As there is no true Mercenary Army and there are Dwarfs, Elves and Humans Northern Alliance seems to be the first choice
Yet I am not sure if I get a sufficient list with what I have.
While the Steampunk theme of Warmachine would fit Rhordia better.
Also a “Forces of Technology” as Forces of Nature list.

other options:
using the big models as unit fillers or proxy infantry with them (including a hero model)
put all 2 model units together for an elite regiment

any hints, suggestions, or comments for units and army lists (I already have a Dwarf Army, a WIP Elven Army, old Warhammer Empire and Chaos Warrior Armies that need to be rebuild for KoW and Stormcast that I might field as Forces of Nature)

PS: for those unfamiliar with the models, some of mine from above: 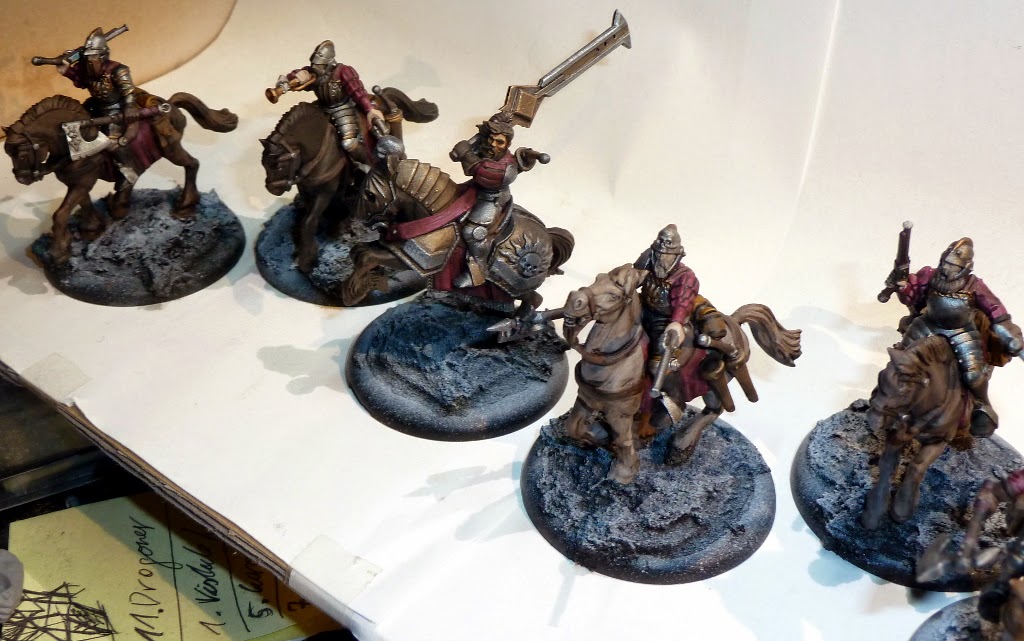 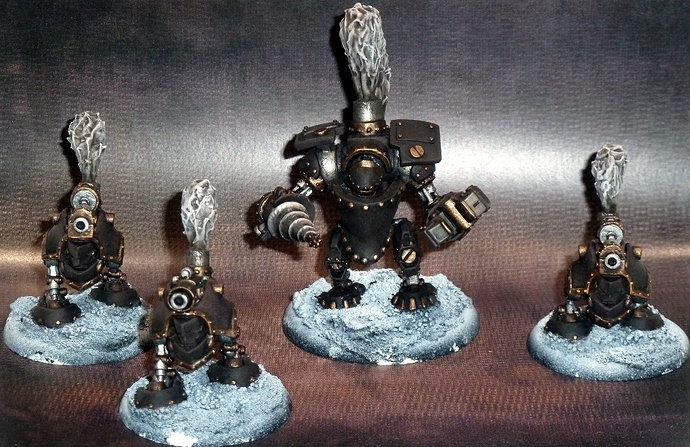 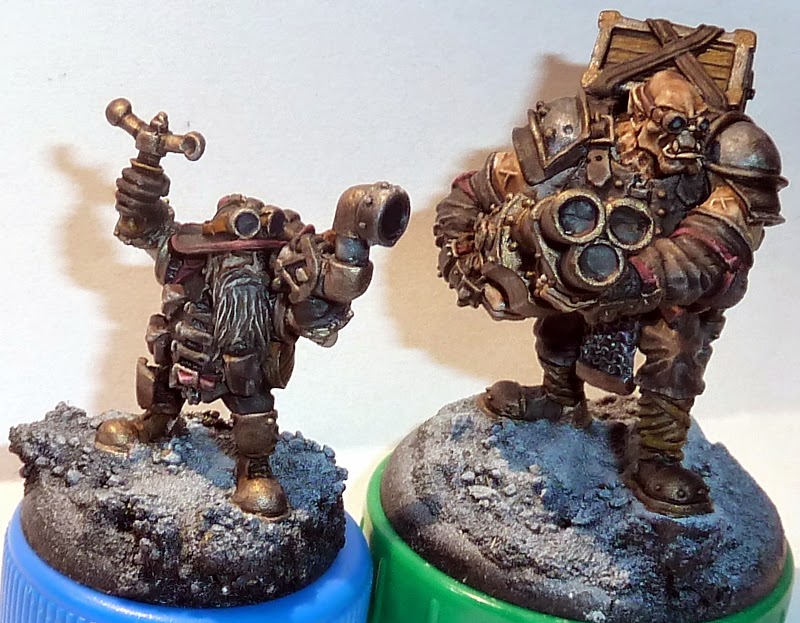 Do you want to keep them on the lipped warmahorde bases and attach them to a multi base or are you planning on rebasing them?

I think it is going to be tough because warmahordes is a skirmish sized game and kow a rank and file. I’ve been using mine for vanguard but the bases are a problem. But you could probably use them to supplement your existing armies I think.

I see you have a nomad and a driller, what are your other heavies? (btw love your paint job)
Are those thugs you mentioned Croe’s Cutthroats or pressgangers or…?

That being said, here are some ideas I can think of:

If I think of something else I’ll post it later.

Are those thugs you mentioned Croe’s Cutthroats or pressgangers or…?

I see you have a nomad and a driller, what are your other heavies

Maybe look into abyssal dwarves in general, they give me a metal feeling at least

Jacks generally transfer well as a horde of large / monsterous infantry, or as monsters. With 6 large and 3 medium jacks, you can at minimum get 2, and maybe 3x LI hordes (especially if keeping them on their bases), maybe splitting the human and dwarf kind as different kinds of LI. You can use hero models as filler, or get another cheap jack (resale prices of WMH are bottom barrel) to fill up a unit.

You also have a ton of stuff that can be warmachines, so a LI + warmachine army looks like a fairly easy build. Leaning towards abyssal dwarfs, something like:
3x obsidian golem hordes (all jacks + filler)
3x kat. rocket launcher / dragon fire teams (light jacks)
1x heavy mortar (herne & jorne)
Decimator horde (all gun dwarfs + filler solos)
That is about 1275pts, and then you have unlocks for:
4x hero (you have a ton of options to choose from, big-sword guy can be halfbreed champ)
4x monsters (croc, snake, bear, jack)
And you have enough various minis to bring in some troop / regiment size units of various kinds.
I guess you could also group the warbeasts as a horde of grotesques.

Some of the units probably fit better in you other armies, such as the elves in elf army, humans with the empire army etc.