Question -does the exemplar hunter's ability work against hero-monsters?

Hi all, Just a check if I read the rules correctly. It’s for my review of the Brothermark army which I’m writing at the moment:

The exemplar-hunter doubles his attacks against monsters and titans. This is a nice ability and really scratches my knight-in-shining-armour-itch. On the battlefield the hero counters monsters and titans quite well (especially as he has elite and vicious when facing them)

You can also give him duelist, making him able to take on individual heroes as well, reducing his situationalism.

The real question is:
Does his ability work too on hero-monsters and hero-titans? RAW I suppose it doesn’t, but fluffwise I would assume it does. Did I miss something here or is the unit a lot less useful than it is at first glance?

It should. A hero monster counts as both categories, not a unique one(?).

Yeah - covered by this 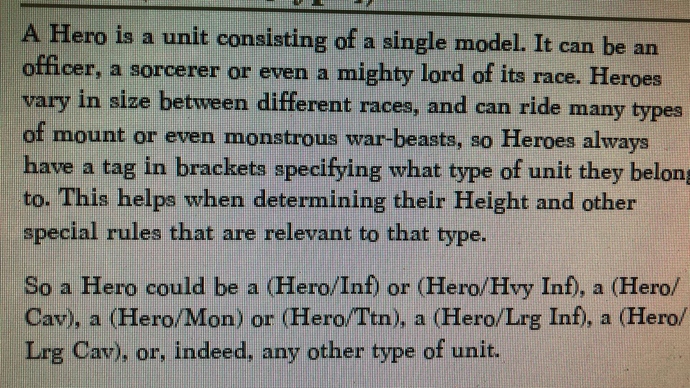 Thanks! Helps a lot!