Rebasing my GW Orcs for KoW

Another horde of Orcs. Orcs, Orcs and more Orcs 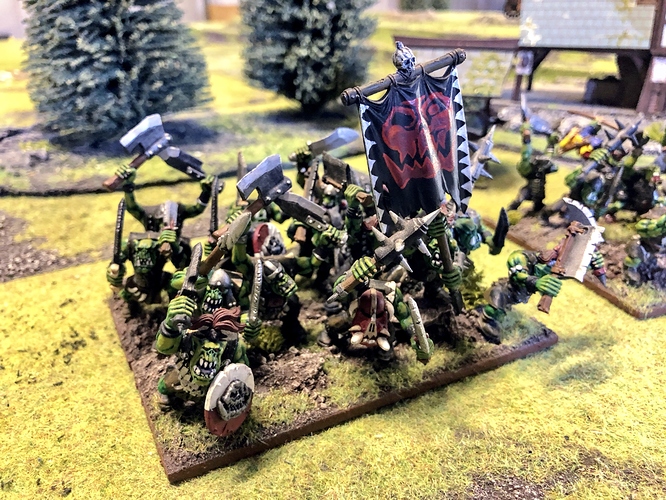 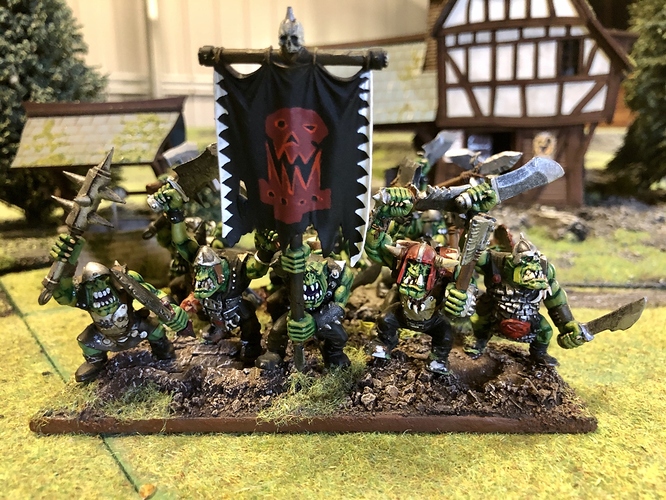 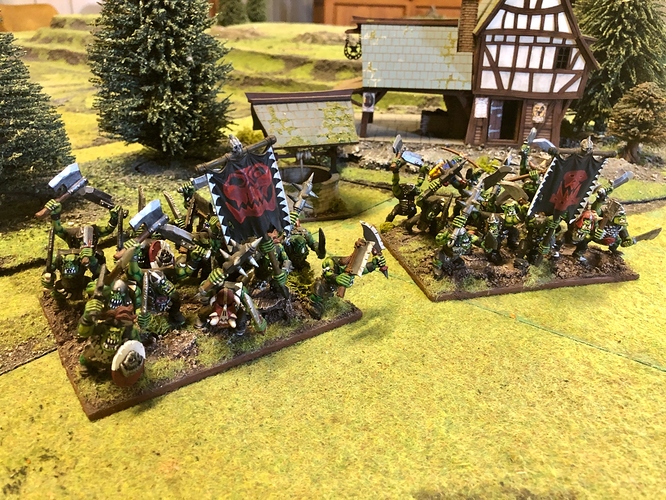 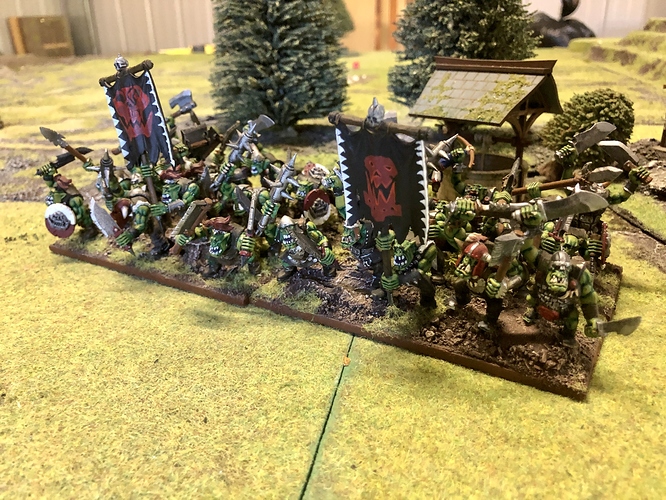 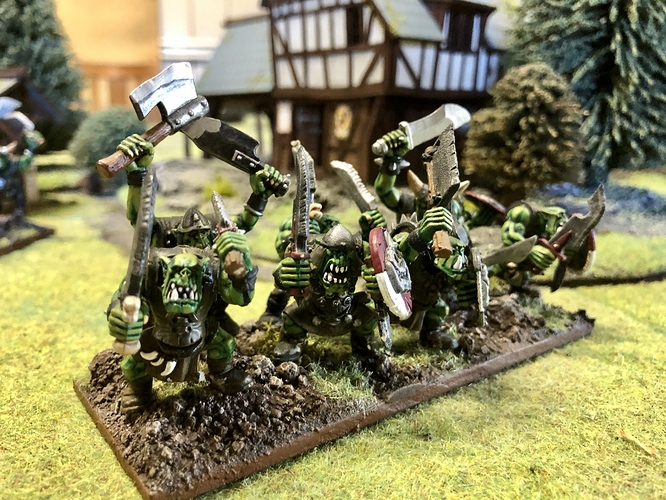 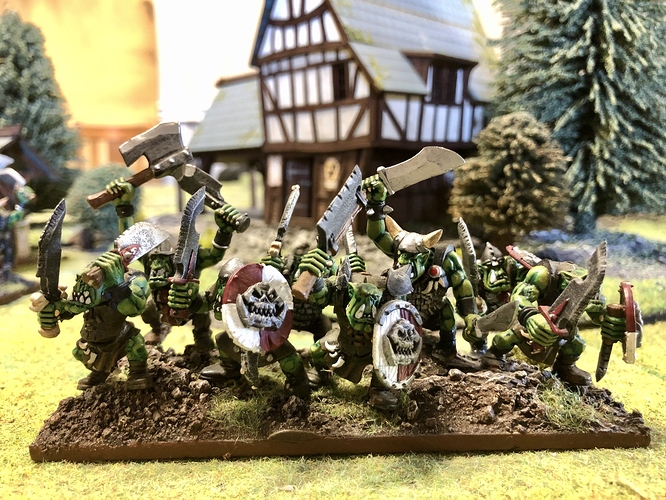 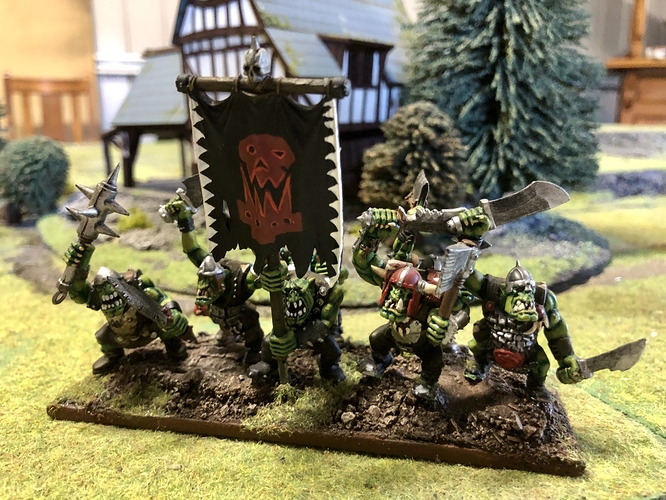 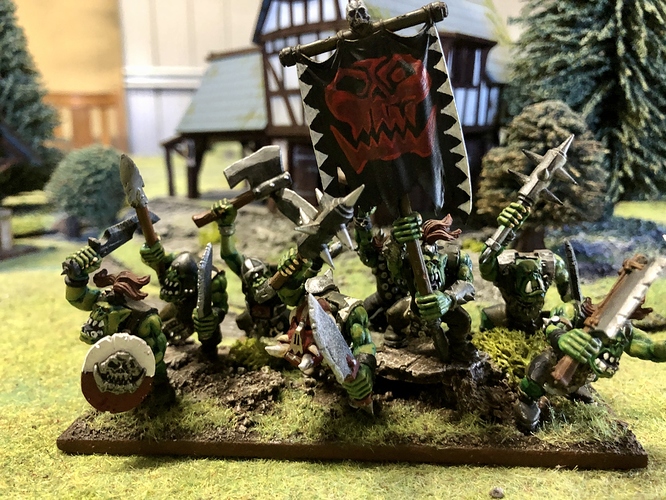 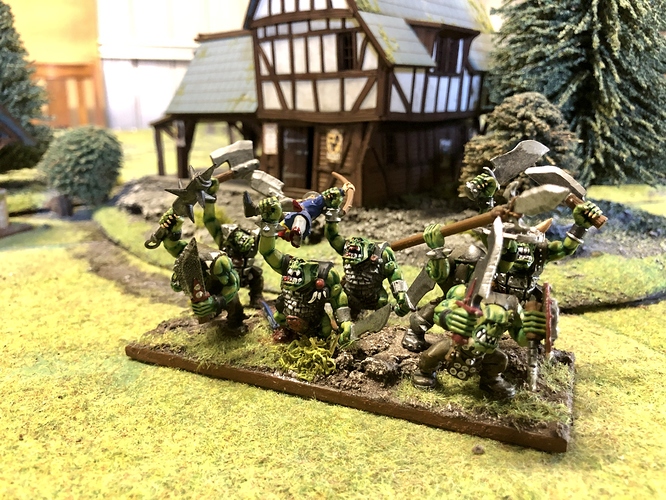 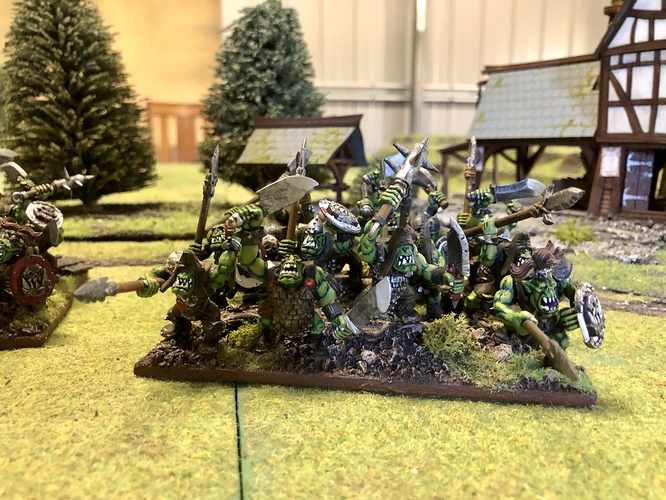 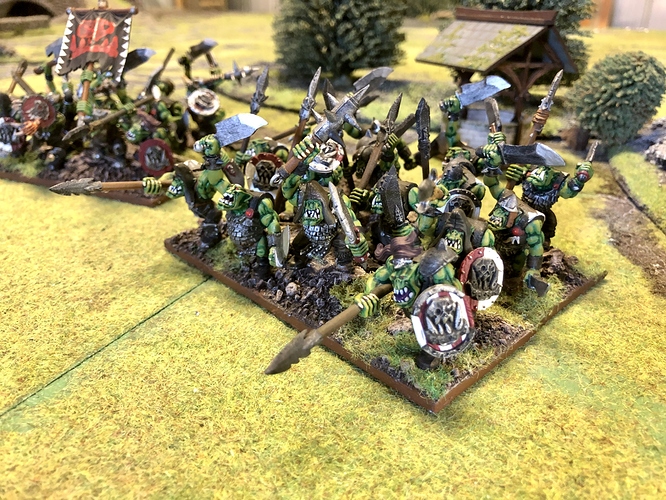 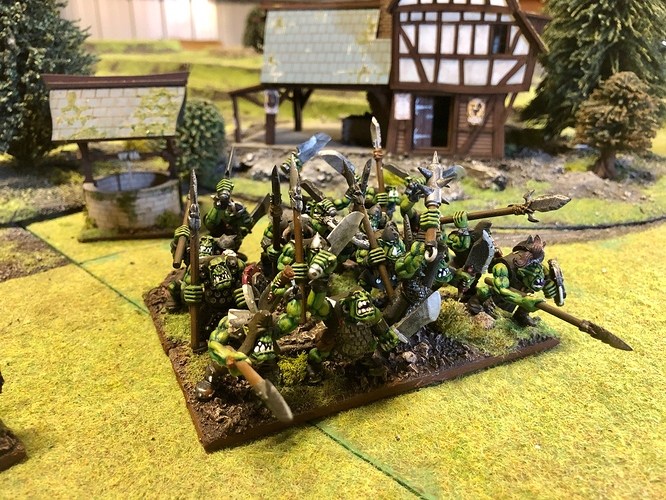 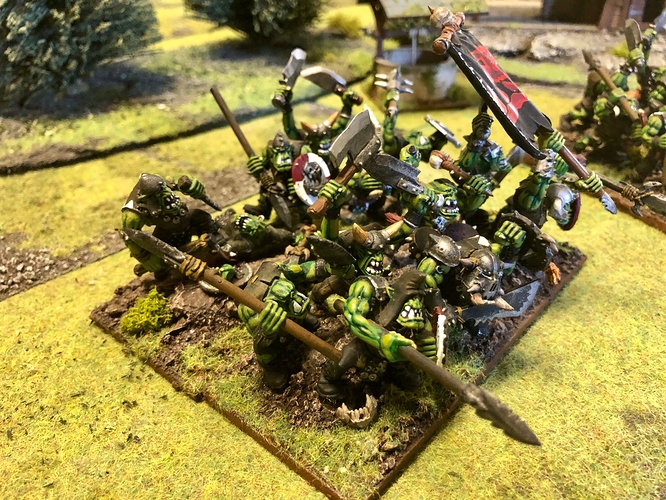 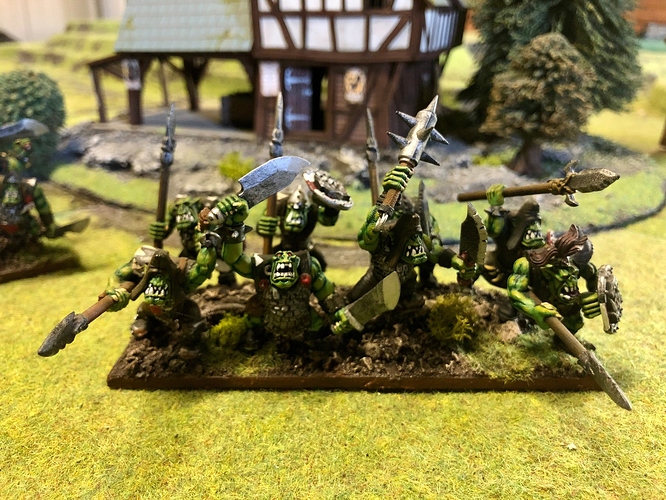 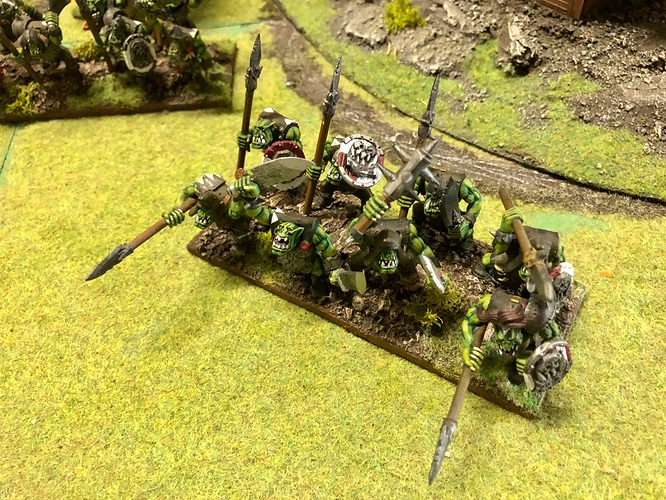 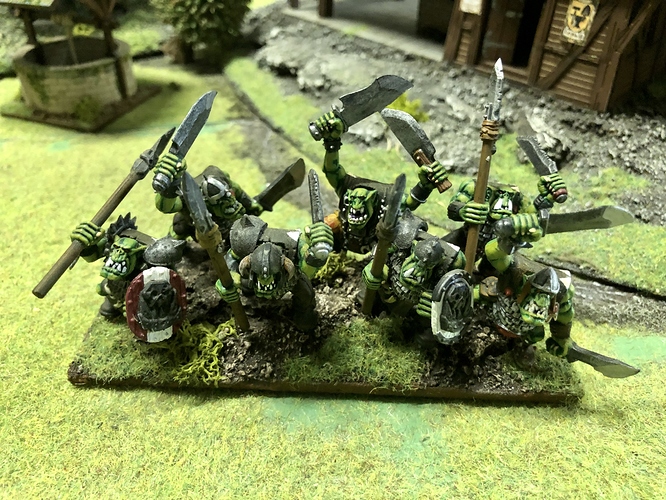 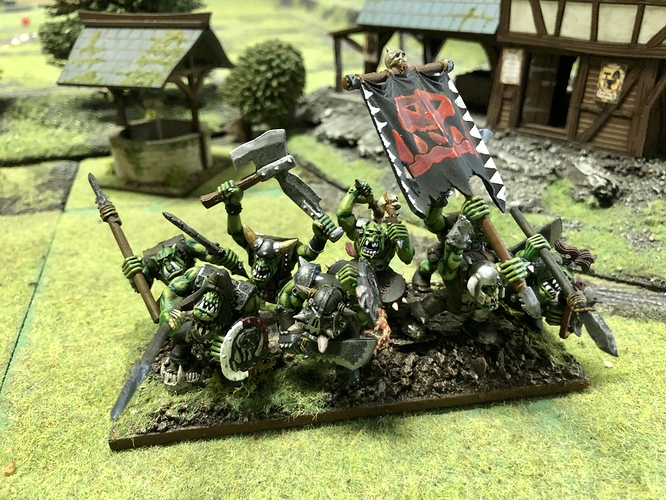 very nice models . i’m currently converting some 40k orks using spare weapons from the Savage Orruk sprues to make them KOW Orc ax or morax or spitters and i am finding the odd old Orc model in there that was previously converted to an Ork, and is now making it back to fantasy realm

lovely, I found my old Ruguld’s crossbows that I’m going to use as my skulks. it’s fantastic to see these old miniatures given a new lease of life.

Your army is terrific thanks for posting it

I’m suuuuper anti-multibasing, however I really like the way you do it - the good looking way, and they actually look like units still!

That looks like quite a bit of highlighting work, esp. on the Orc skin!

I like Savage Or a as Morax. I have some old white metal units that I plan on converting to multi base once I have finished the axe horde above. One Troop of Ax to go! 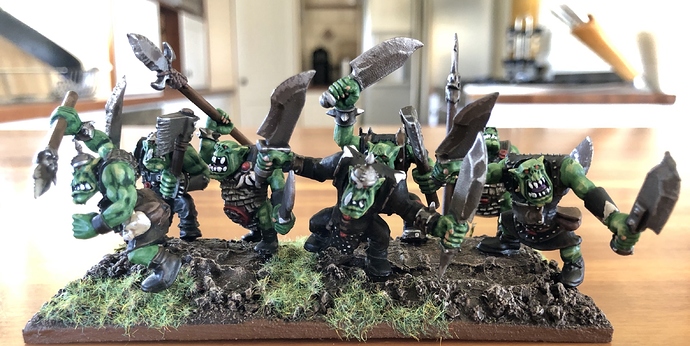 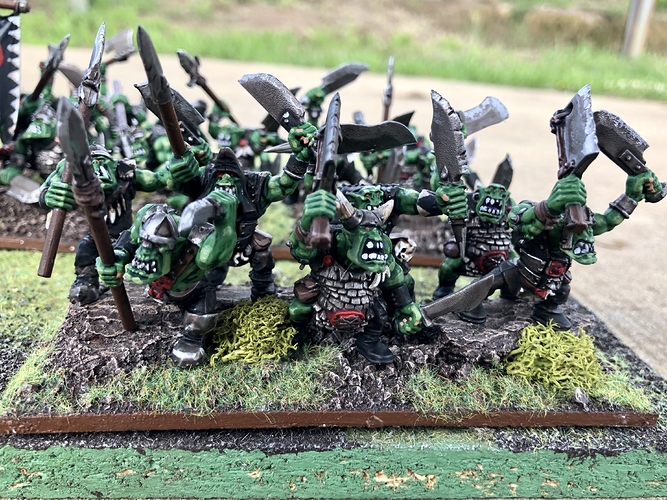 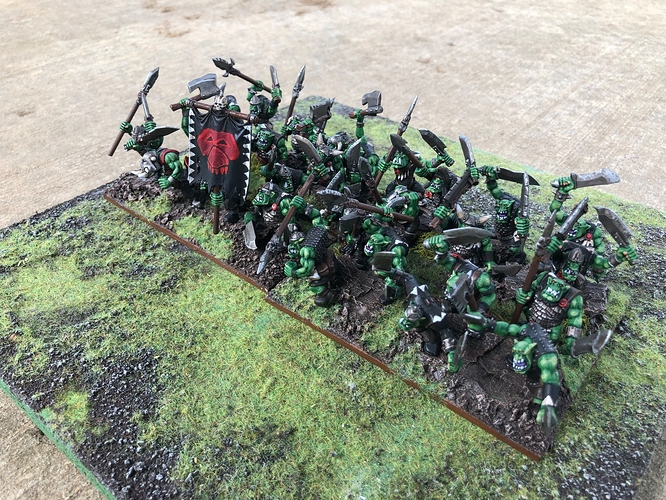 Which is meant to be about your own lovely painting! But as it’s your thread, and you asked…

All personal preference of course

& as I say, yours are a pretty rare exception to this! If I had seen people do multi-basing like you do from the outset, I probably would not have got such a negative association in my head already.

Most of the other “cons” are not direct cons, but more, how I can easily avoid the downsides with a different solution I’ve used - I use metal-sheeted movement trays with my models on top of them with magnets in their bases.
This means I can keep all my models flexible for any game system, whilst also putting them on precise sized trays for KoW too. I can also even have them on the wrong base size/shape for KoW and it doesn’t matter as I can put them on the correct tray size. I can even get more friends into playing KoW too by letting them use my pre-made trays for their models from other game systems.
This also means I can even change the composition of models per base to make them match the unit by swapping some of the models around very easily. For example I can have 10 Orcs with 2 weapons each, 10 Orcs with Spears and 10 Orcs with shields, but by how I place them onto a base and in what numbers, I can make it look clearly to me and the opponent if they represent a Morax, Ax or Longax regiment for example.
If I want to change my army a bit but don’t have quite enough models for a unit really, I can still do the ‘sparse’ model count option potentially too. eg: if I only have 15 cavalry painted I could put 7 and 8 onto two regiment trays and be super flexible like that.

Plus I get lots of the “pros” you list for multi-basing anyway, although admittedly not all, or not to quite the same extent eg: I generally won’t have to touch my models much in game either, but I might have to a bit more often if swapping their movement tray bases around etc.

In summary: Multi-basing usually doesn’t look good to me the way most other people (not you!) do it. And I want maximum flexibility out of my model collection, which my ‘solution’ allows the best.

I agree as follows:

RE 1: I have always been an O&G player and multi-based some modes in my Warhammer days. Horde armies needed some of this to play quicker. The GW Gobbo’s boxed sets even came with multi-bases for up to 4. I would always do my big units in combos of single/two/four so I could take them off as required. As a rule I agree- keep base sizes flexible. While I focus on KoW, this is why I base as Troops. For Flexibility.

RE 2: Yep, IMO scenery is for the rest of the tabletop not you bases!!

I’m not a fan of the scenic diorama either. You don’t bring your castle with you when you go to war. (Folding fortress magic items excepted).

Of course my point of view is based on my desire to play game’s with these models. They are not display pieces to me as they might be to some. This is why I don’t use lots of frilly, fragile bits. I will be transporting these and they need to be resilient. Furthermore my playing partners tend to be described by others as politely-competitive. This means I don’t want things on bases that might cause confusion and mostly WYSIWYG. To solve the equipment issue I tend to have more spears or more axes with particular troops. I then put all these in the front ranks on the table so it is clear to the opposition what is represented. I prefer my opponents clarity over a fancy model. Clear rules make good games.

RE4: yep, doing it now obviously however my aim is actually long term efficiency as mentioned in the pros.

Thanks for sharing your thoughts. Helps me clarify for myself what I’m trying to achieve.

This is all amazing work. Great paint, great bases and great presentation! I also agree that your multibases hit the sweet spot with not too much scenery and big stuff taking up space.

My giant keeps growing. When I bought him for WHFB 4th Ed. He was on a 40mm base. He went to 50mm for KoW 2nd. When I switched systems. Now he’s a fully grown 75mm Titan!! 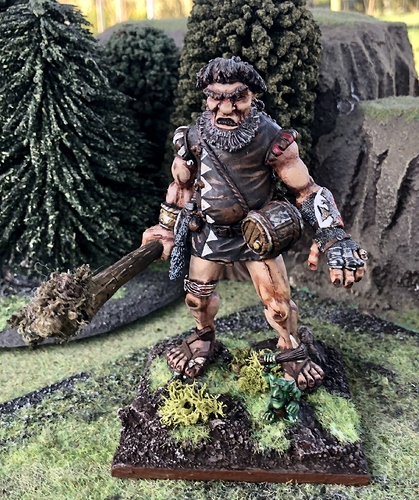 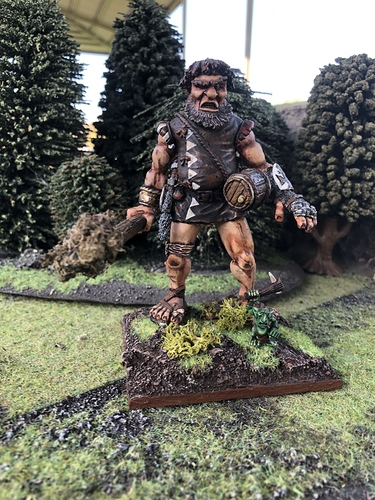 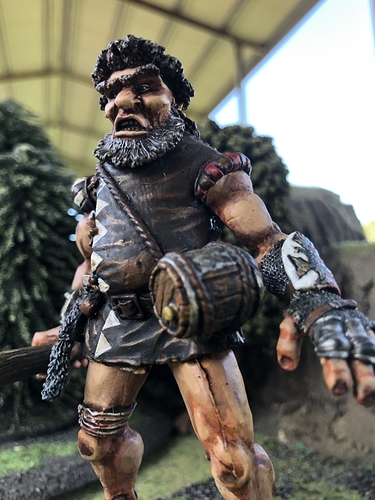 decades later he is still one of the nicest sculpts marauder every made, lovely work on him.

He has had a few paint schemes over the years. He was originally painted in the bright livery of the original box art. Over time things got darker and he no longer looked like he fit in. Still loved the model though. 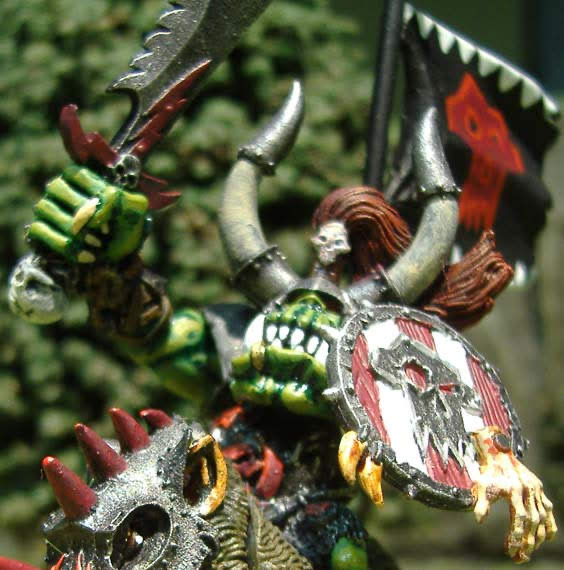 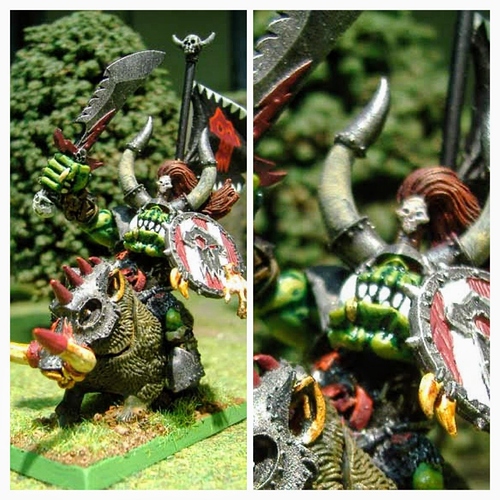