In between work on my KoM, LoR and Brothermark armies, I spend time on odd projects which catch my imagination - in this case pack mules. I now have a small collection but, aside from the obvious uses as loot counters or unit fillers, I have not come across a way of incorporating them into KoW games. Does anyone know of any scenarios using baggage trains or army rules that allow for re-supply during combat? Thanks in advance for any ideas. 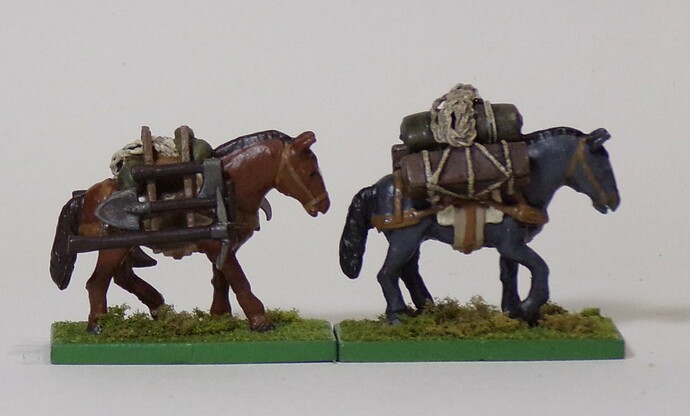 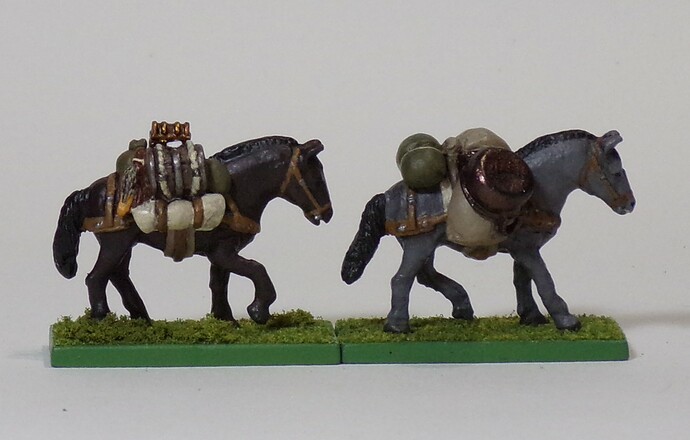 2nd edition’s Destiny of Kings sourcebook included a scenario where a baggage train was being attacked under its narrative scenarios section. (pg53 btw)
the scenario had the defending army deploy along the center of the board while the attackers came in both sides of it. the defender also had 3 Baggage train units they had to defend and move off a specific board edge.

i’m hoping that the campaign rules and narrative scenario material from this book would get reprinted with updates in a 3rd ed product.

There is a Vanguard scenario called Baggage Train. Those mules would fit great!

You might be interested in this scenario where an army has to get a baggage train across a river while being pursued by the enemy.

You may need to rewind the video as it seems to start half way through.

I’m used to having to defend a camp in historical games, but I supposed they’re effectively an objective there too.

I KoW they would be objectives markers or used for narrative scenarios.

Where did you get those, by the way?

Thanks @MithrilCoyote , @KptKeno , @KoshtraBelorn , they sound like they are exactly what I’m looking for. I’ll check these out.
@DarkBlack , the three smaller miles are from Warlord Games and the larger ones from Mirliton. Both manufacturers offer a range of different loads.