I am a big supporter of Mantic Games. Unfortunately, most of my KOW forces are legacy projects from GW, and I don’t think Manic’s stuff really suits their themes. That’s not to say I don’t like Mantic minis, far from it, it’s just that for me they don’t work with GW minis (Drakon riders came close, if only I could remove the riders……)

That being said I do paint Mantic minis, and I have painted a bit of dead zone stuff I’d like to share.

First up is a Nameless Strike Team. I speed painted them on a weekend as I wanted to try something different (never “speed painted” before!) and the minis were far enough removed from Elves that it felt like a break! 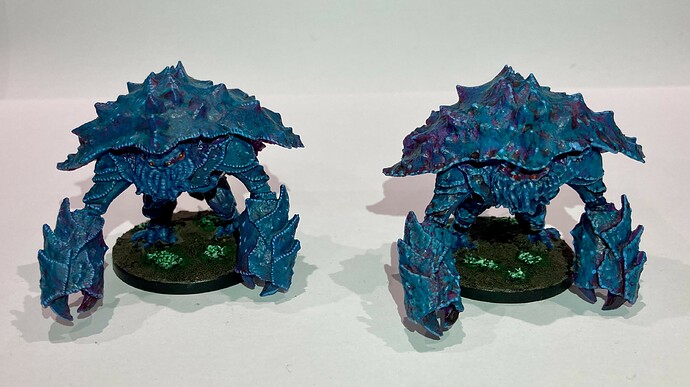 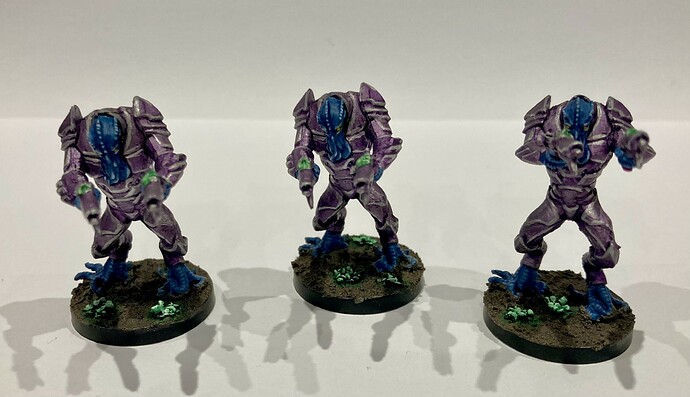 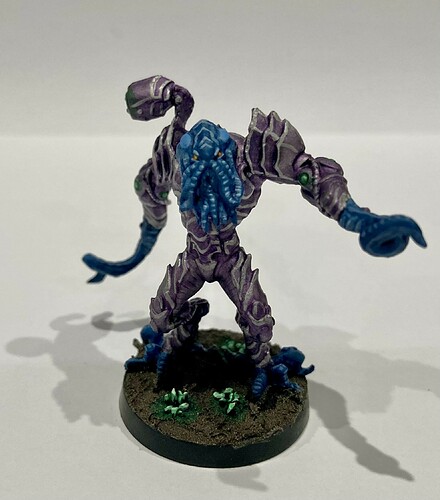 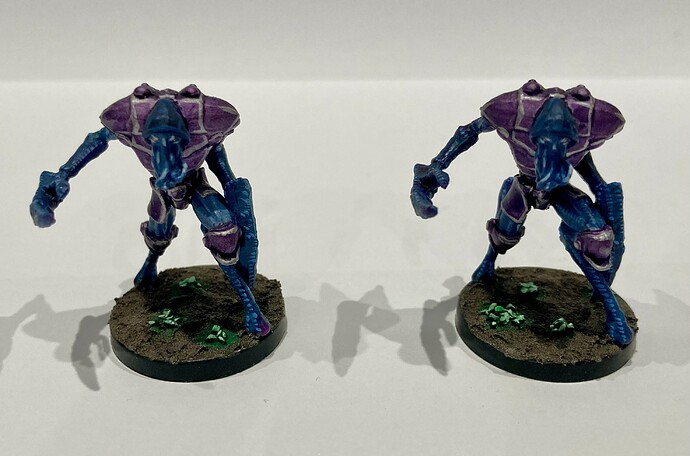 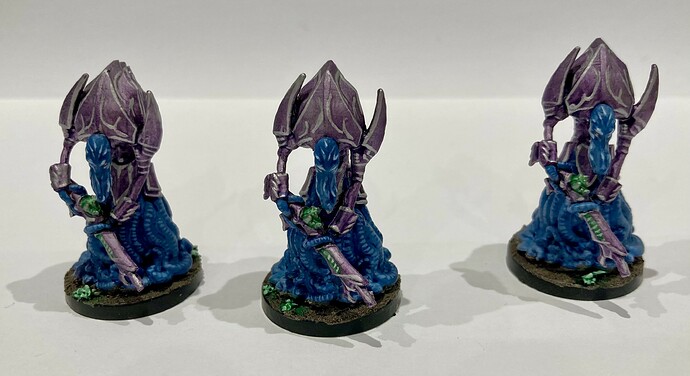 Next up we have my plague zombies. Painted these guys so I could give some solo games a go. They are contrast paint with highlights. They were a real joy to paint. So much so I will be painting some more plague minis in the future! 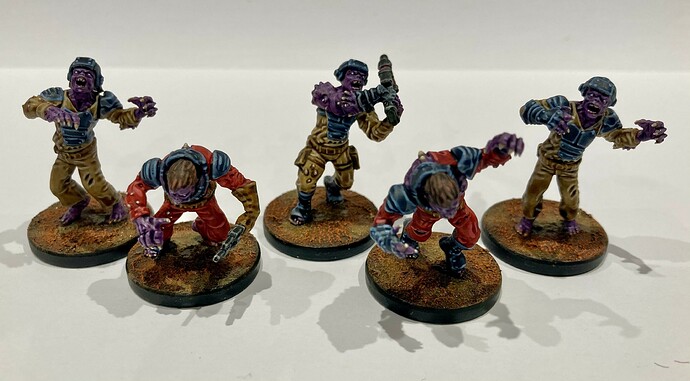 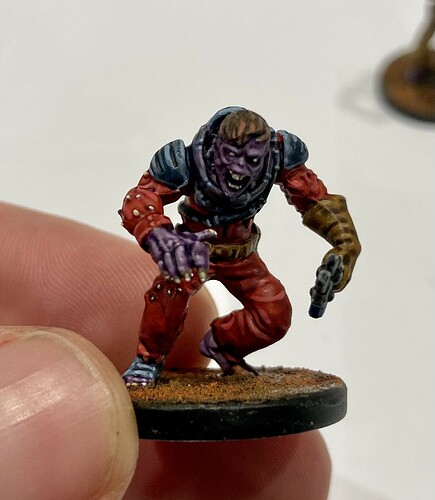 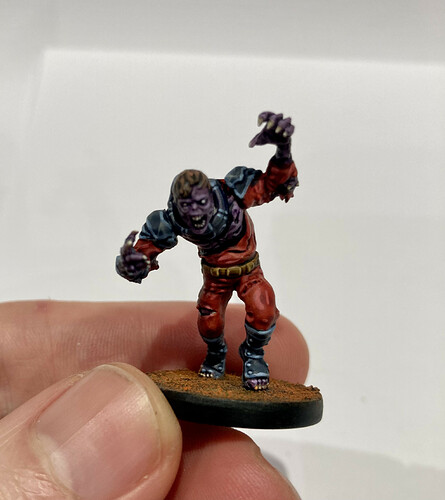 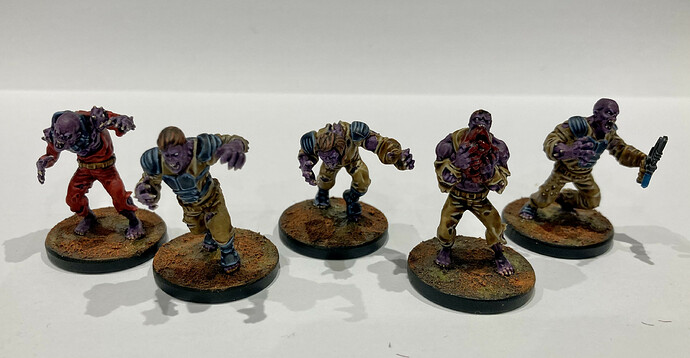 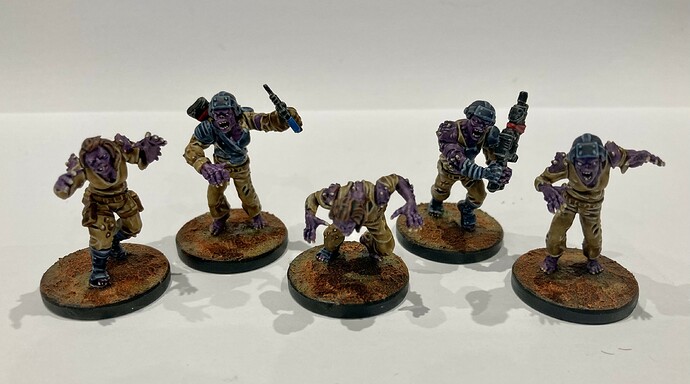 I hope to update this thread with individual Mantic models I paint as an occasional break from elves.

The nameless minis look like they were a blast to paint. I like the fun and weird undersea stuff like that, and you’ve done great work with them. The plague zombies too, they’re nice and ominous looking.