Hello, my name is caver and I’m a wargamer.

Kings of war has been my favourite wargame for 4 years now, and I love how flexible the sistem is when it comes to army building. With 3rd edition the sistem got even more flexible thanks to units being shared accross armies.

Anyways, I have always been a fan of cavalry but back in the game that was days I could never afford a decently sized bretonnian army.

Now with 3rd edition I decided to try to treat myself with one such army. And I realized the order of the green lady first that idea to a t.

Now how do I get my cavalry going. Well I use a los of game of thrones miniatures. And alongside them I’m just mounting any knight looking miniature in 4 legged animals by sculpting mounts, also I discovered how to make capes.

Most of the army is WIP at this point but I hope to have it done by the quarantine. I went for a crusade with multiple orders coming together kind of aesthetic, so the Knights look quite diverse from unit to unit. 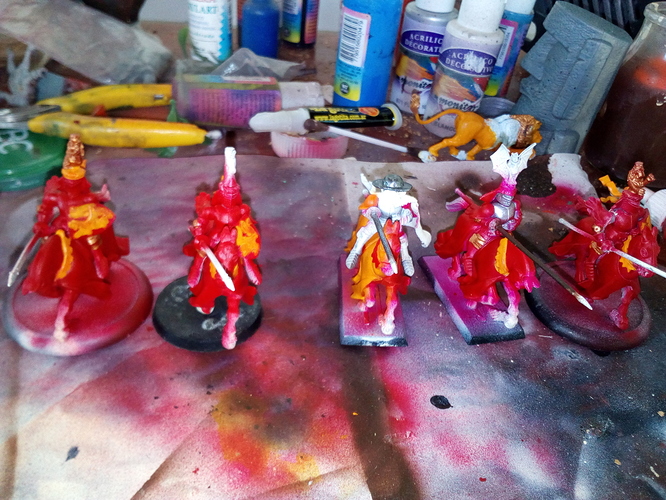 Then the not that wip but still very WIP order canis brothers the main thing stopping me from finishing them is that i don’t know which color to paint the 5th horse. I already have grey and chestnut, so maybe black.(this guys may or may not be sons of korgaann 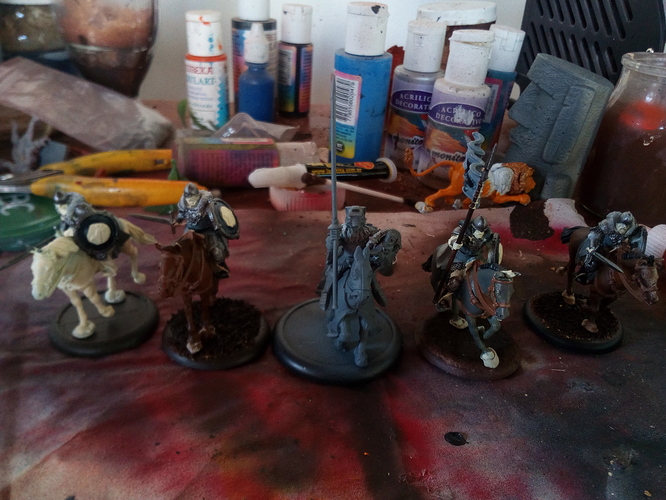 Then comes the almost finished(seriously all I have to do is paint the leaders head an arms, order Dracul(who may or may not be soul Reaver cavalry 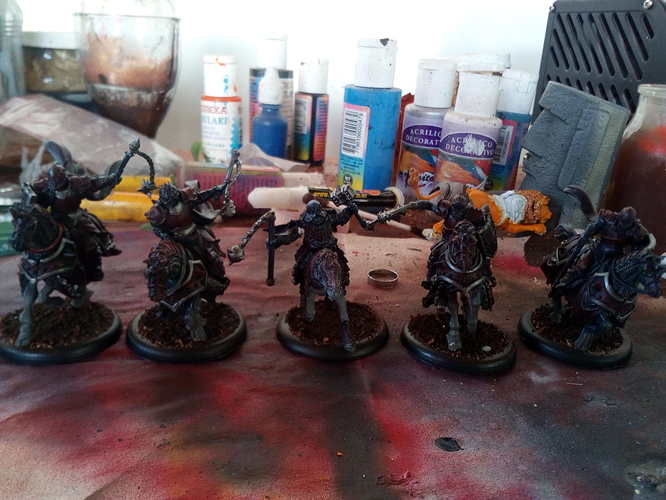 Now astute observer, you may have realized that I only use 5 models per unit, thing is I’m rebasing them on 40 mm round to pull of double duty with Asoiaf TMG, I do think my homemade plug bases look quite alright 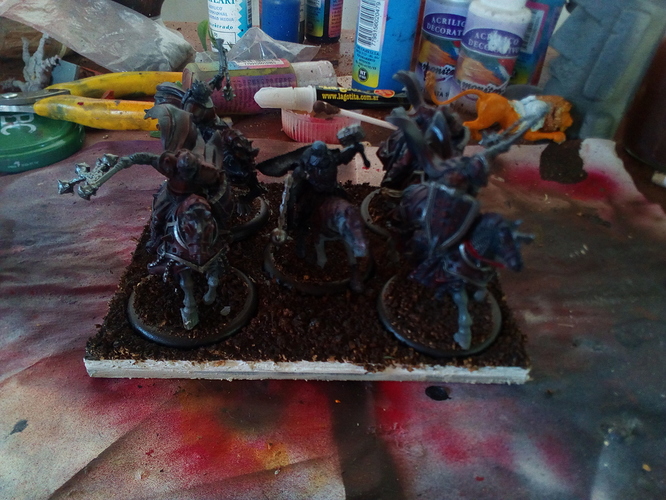