The dark side of the moonrakers 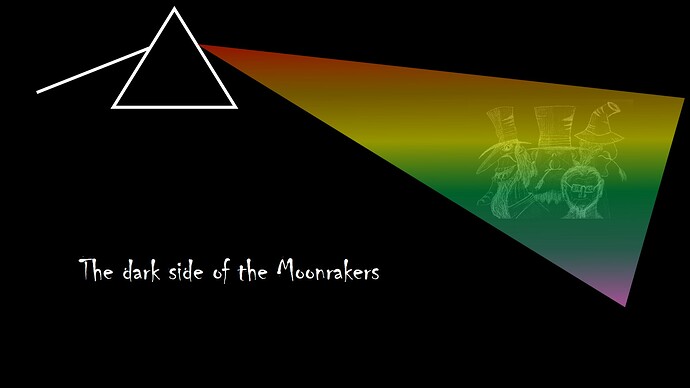 THE LUNATICS ARE ON THE GRASS

Christmas can mean only one thing, the long drive to the Christmas Carnage tournament at Bristol BIG. This is a 4 round, 2,300 point KoW tournament, using COK 22 rules. 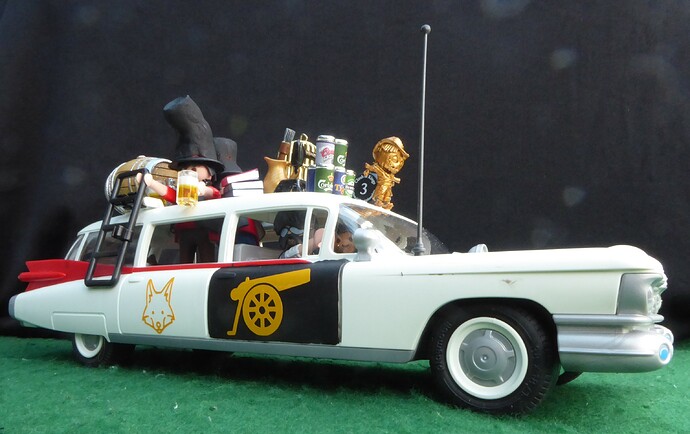 The Moonrakers were out in force to test the new rules. Dressed to kill in our mandatory Christmas attire, the Moonrakers certainly turned people’s heads!

Game 1 was Control against Steve H. Rumour has it that Steve runs a weekly/fortnightly/occasional KoW update on YouTube, but I don’t watch that sort of thing. 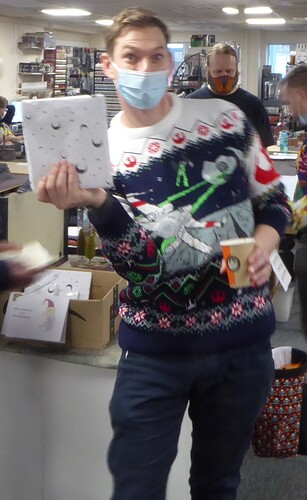 Steve was running Orcs in this game. I ran my Goblins forward in the usual way as cannon fodder and they did what Goblins do best – they died in droves. This set me up for some good counter-moves later in the game but, I’m not sure how this happened, the round clock expired after we’d played only 4 rounds. I went down by 4:16. 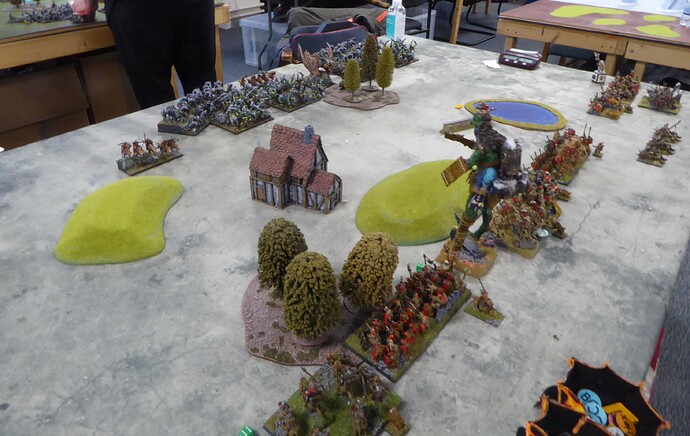 Elsewhere, Leo got a draw against Rich, Paul beta Nick’s Trident realms by 17:3 and Andy beat the Herd of the legend that is Danny Graves by 19:1.

GAME 2 – ALL YOU DESTROY

Game 2 was Push and I was facing Ken and more Orcs. 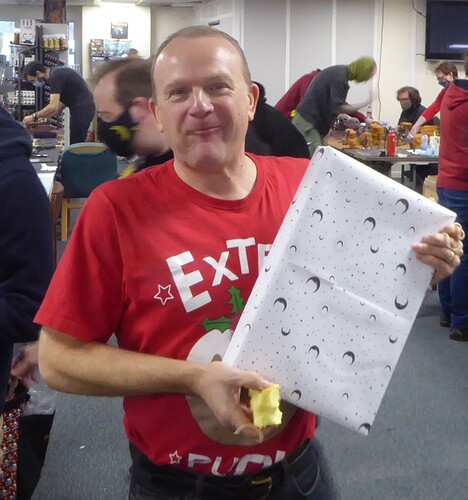 Ken is a newcomer to the game and I felt bad as my Goblins set about his army. But not bad enough to avoid winning by 19:1. Despite this score, there were a couple of times during the game when I thought that I may have been over-confident, Ken definitely has some good moves in his locker and with more experience we can expect to see him rising in the rankings.

Meanwhile, Paul was busy losing to my first round opponent by 3:17, Leo secured a win and Andy continued his winning streak against Steve’s EoD by 18:2.

LUNCH, A VIST FROM SANTA AND ARMY JUDGING – ALL THAT YOU SEE

Over lunch, the attendees were delighted with a visit from the Moonraker Santa who distributed presents to every god boy attending the event. 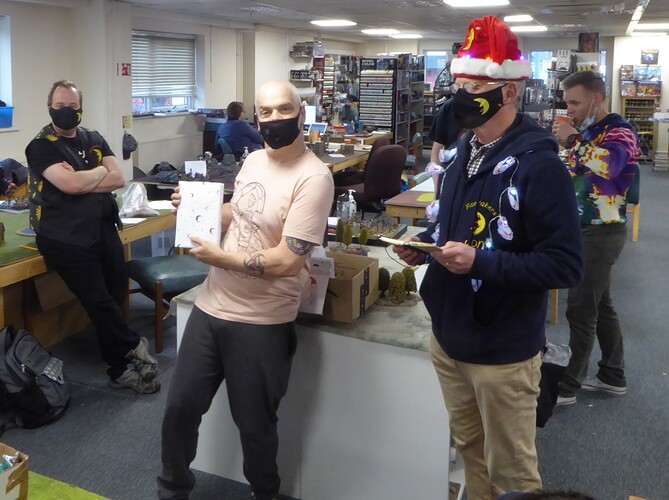 It was also a chance to look around at the armies . 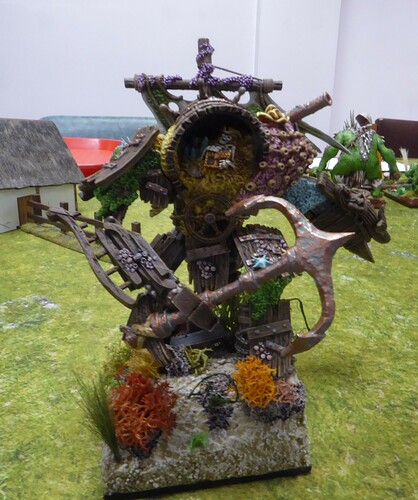 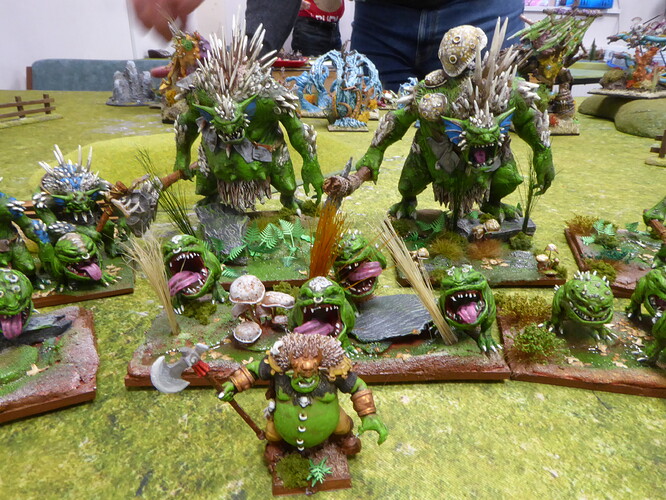 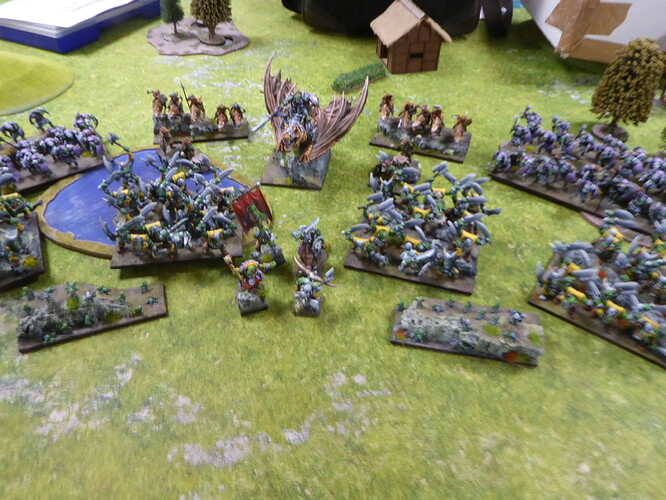 Game 3 was Pillage and it was to be a Moonraker off between me and Leo with his Nightstalkers. 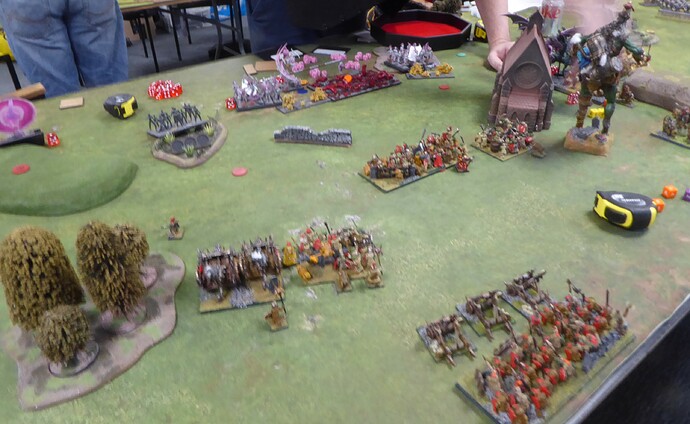 Leo deployed a fast right flank and I countered on that side with Giant, Fleabags and Rabble. It was a restricted area and manoeuvring was tricky. Leo ended up giving me a flank on his Void Lurker, which my Fleabags exploited, running up an unfeasible number of wounds before … DOUBLE 1. This allowed him to get his Soulflayers into the flank of my Fleabags where they ran up an unfeasible number of wounds before the universe restored karma with a DOUBLE 1. 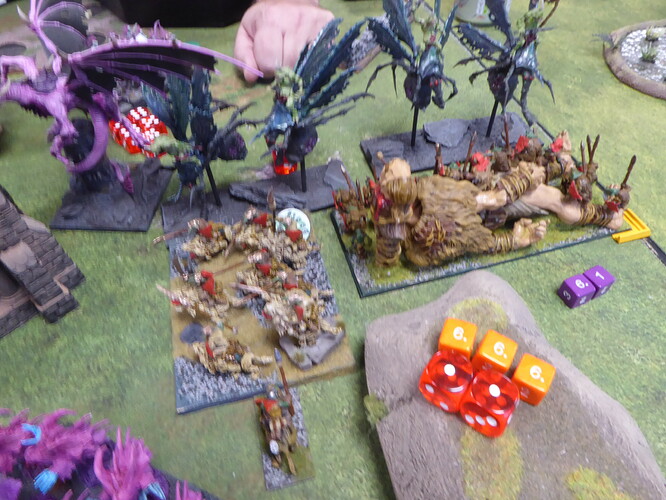 Elsewhere there was a bit of a stand off and I decided to end it by charging Grupp into a regiment of Reapers to lock them in place while the rest of the army advanced. Despite being hindered on the charge, Grupp managed to waver the Reapers before killing thme in the next turn! Have I told you how great Grupp is?

It was looking dodgy for me for several turns but then I finally managed to shoot off Leo’s Portal and combo charge his BloodWorms for a win by 18:2.

You wait for ages to play against a Moonraker and then 2 come along at once. For Game 4, the scenario was Dominate and I was facing the Fox and his Brotherhood Order of the Green Lady. Funnily enough, we had parked in the morning next to a van advertising Green Man domestic cleaning services. I suppose that it is a sign of these enlightened equal opportunity times that the Green Lady goes to war while the Green Man stays at home and cleans the house. 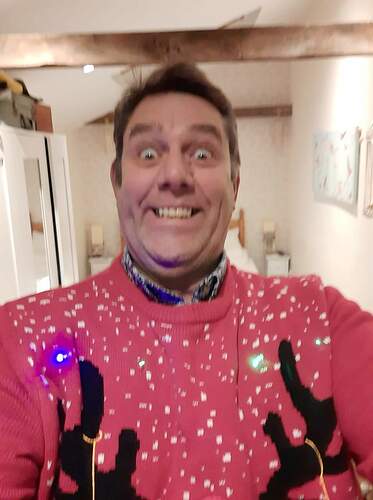 Paul was running a knight heavy army and deployed in 2 groups on different sides of the board to limit the effectiveness of my shooting. 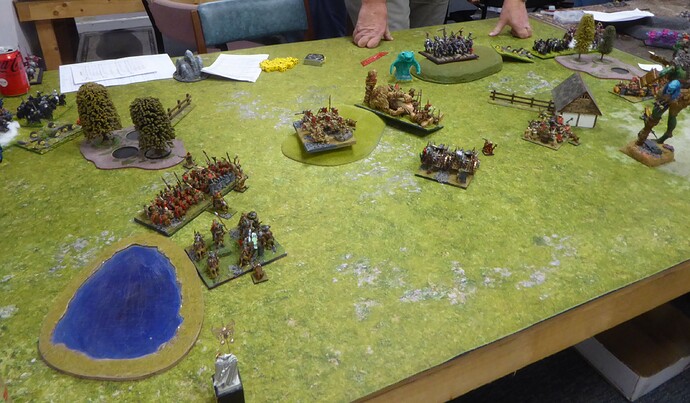 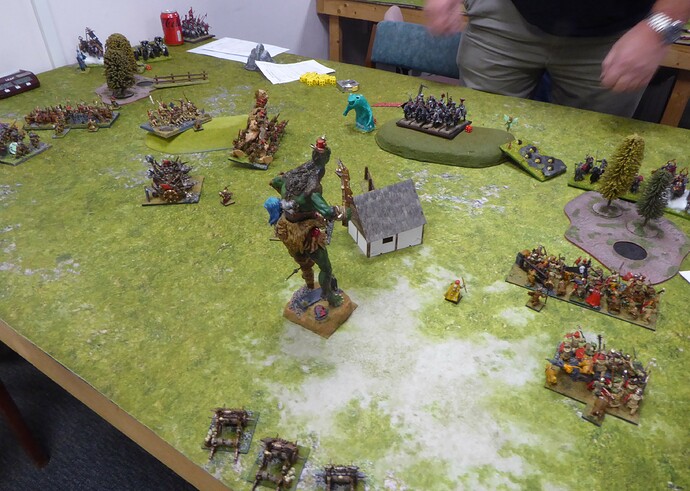 The game swung one way and then the other. On my right, his knights got the better of the combats and my giant Stumpy Foxbane, ended up all alone with a regiment of knights in the front and another in the flank. But this turned out to be the Fox’s Turnus Horribilis. Stumpy lived up to his Foxbane name and survived the onslaught, although wavered, and was able to use his Fury to counter-charge in the next turn, thus holding the 2 regiments in place away from the scoring zone.

On the same turn in the centre, Paul’s Water Elemental charged a unit of Luggits and … Double 1.

On the left, we traded knights for Fleabags, leaving a regiment of wounded flying hedgehogs, aka Woodland Critters. No problem I thought, this is clearly a job for Grupp. Despite being Ensnared and Fulgured, the hedgehogs proceeded to one-shot Grupp. Have I told you how useless Grupp is?

The final turn came round with me having a Mincer Mob (US 1) and a wounded Fleabag Regiment (US 3) in the Dominate zone. To win, Paul would have to fly/charge his one remaining regiment, Order of the Forsaken, into the Fleabags and kill it. The charge would be hindered so 18 attacks, hitting on 4s, wounding on 3s; this should make for 6 wounds and a pile of minced Fleabags. 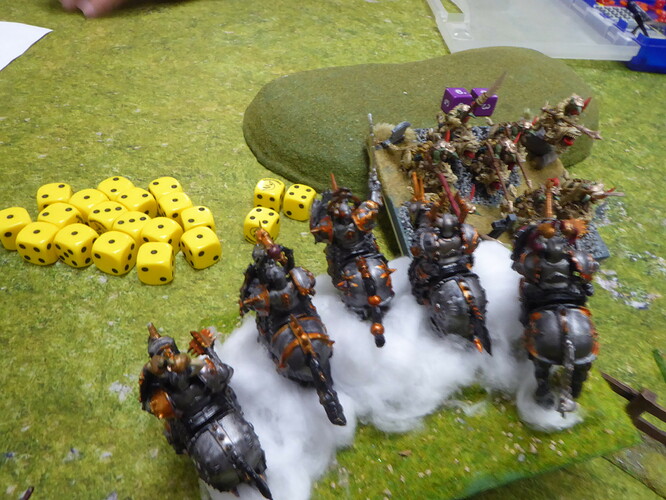 Guess what. Three hits and 2 wounds and the Fleabags survive the ensuing nerve test for an unlikely win to the Gobbos.

BUT – UP AND DOWN

In hindsight, I think I pulled a dodgy move at the end of the game with Paul and I contacted the TO to have the results changed to a win for the Fox.

IN THE END, ITS ONLY ROUND AND ROUND

So tournament over with 2 Moonrakers on the podium, Andy taking second and Paul in third. Leo and I ended up further down the field.

Thanks to Nick and Matt for organising the event.

And a note on the new BIG. Great in that it is warmer than the old BIG but it is more cramped and much further away from eating houses.

AND A NOTE ON DARK SIDE OF THE MOON

Amazing that it is 48 years since release of the greatest album ever.

I’LL SEE YOU ON THE DARK SIDE OF THE MOONRAKERS

So, the end of an unusual tournament year. Best wishes to you all for Christmas and I’ll see you at a tournament next year.

It was really a privilege to play you Jon. You’re a gent especially not mentioning it was almost certainly me messing up the clocks!

Hope to play you again soon.