Looking for another project, I decided to use a building that I had bought some time ago. 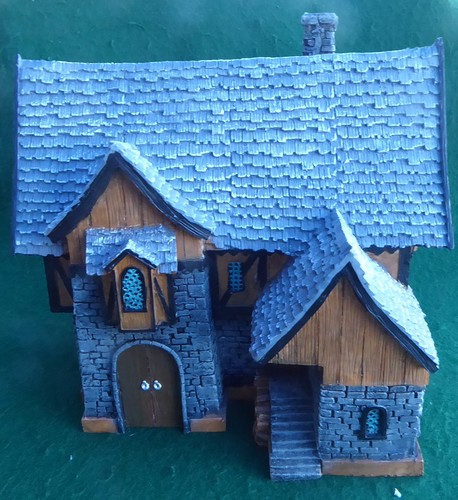 I had often thought of this model as the basis of the Horned Moon Coaching Inn, Sarum’s favourite watering hole but it is too large to use sensibly as terrain on the table top and so I decided to ‘set it on fire’ to use on an army display board. This is the rough sketch of what I envisaged when I started. 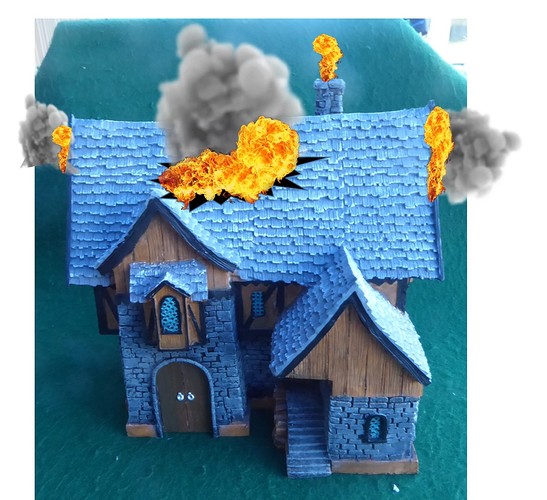 The first job was to cut a hole in the base so that I could get inside. A jigsaw came in handy for this. 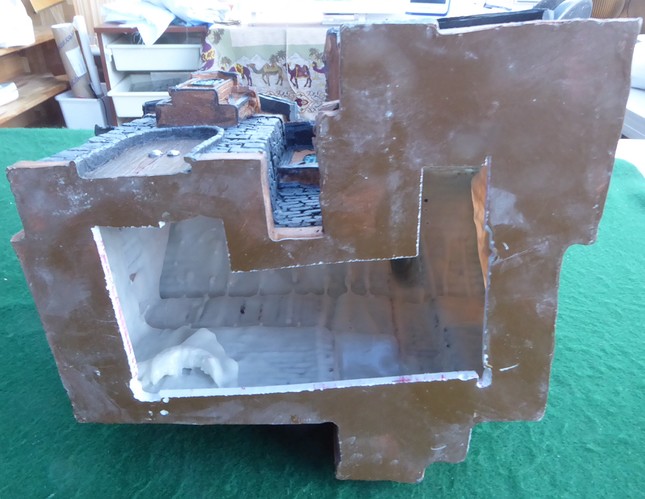 The it was on to a hole in the roof and in some windows to allow smoke to escape. 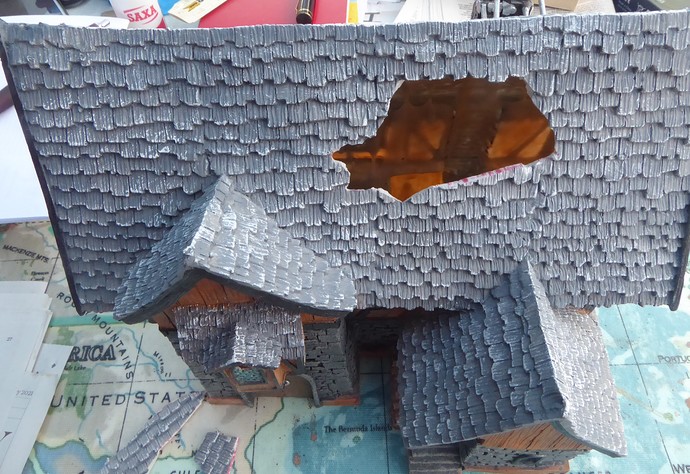 A bit of black paint dabbed on around the holes simulated the smoke damage to the building. I also added some moss to the roof. 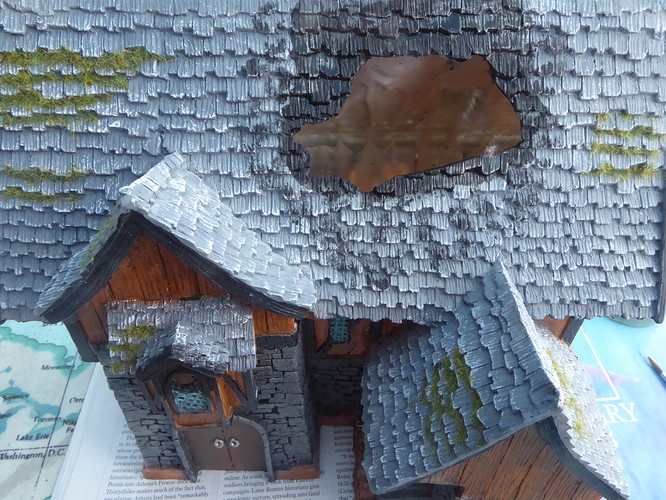 Smoke was simulated using cotton wool sprayed black and then teased out to let some of the white show through. 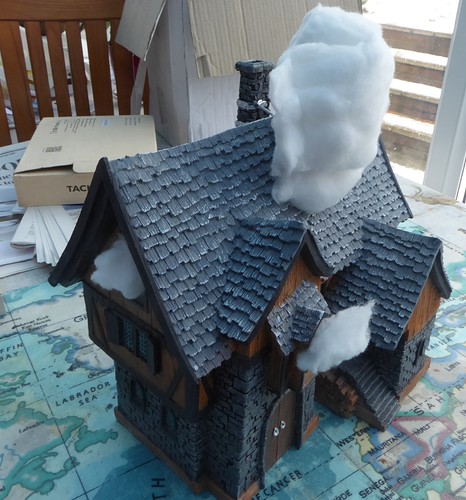 The windows on the building had lattice work painted on but were themselves opaque and would not let the fire be seen behind them. I therefore drilled out small holes in between the lattice work. 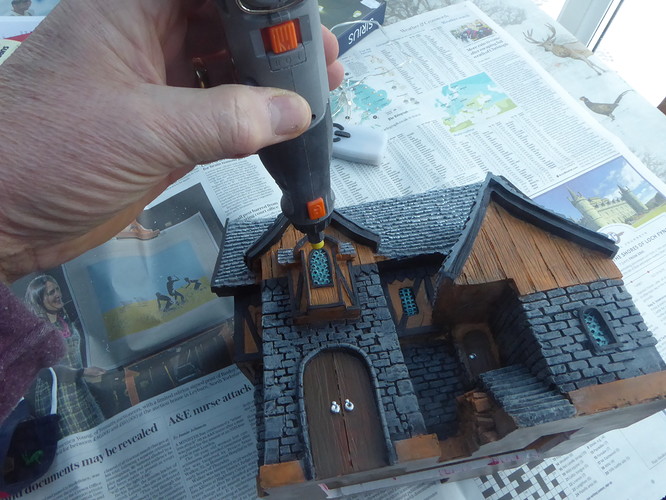 I originally intended to fit flickering tea lights inside as the light source. These are available from a number of sources and are very cheap. A word of warning, not all lights that are advertised as flickering actually do flicker. After I had fitted the lights, I noticed that the glow was not very bright and so I rethought the plan. I eventually settled on flashing emergency beacons designed for cars. I bought 2 models, one with amber lights and one with yellow. These can be set to flash in different sequences. I stripped them out of their cases. 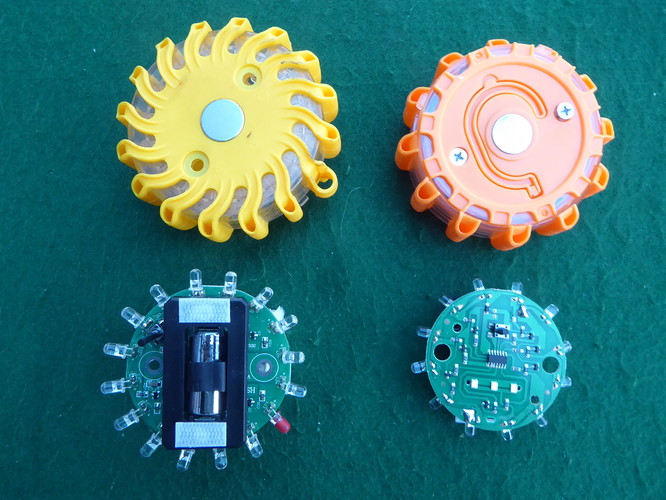 I fitted them together and mounted on a balsa wood plinth to raise the seat of the fire higher inside the building. 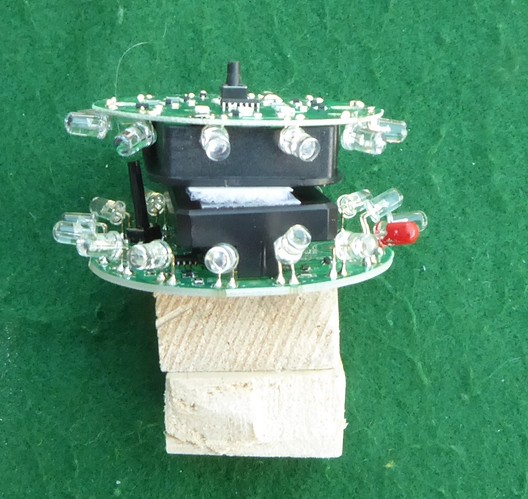 Here is the finished building. 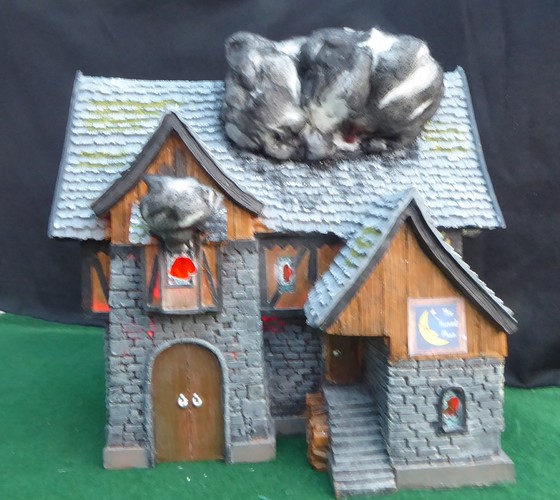 And a view through one of the lattice window. 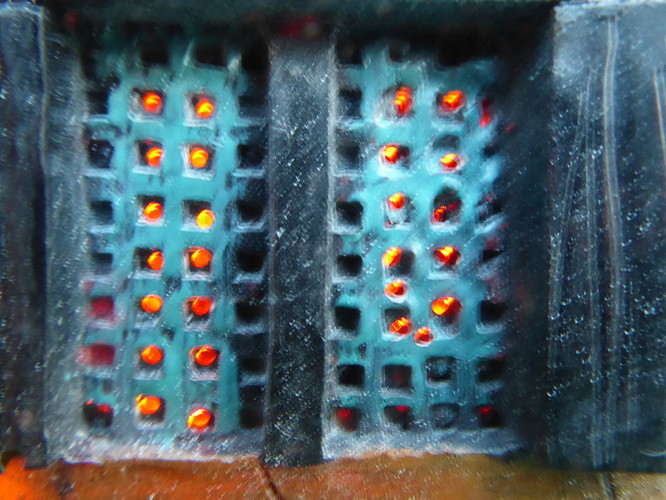 A link to the video of the building on fire.