since everybody seems to post their pictures of their beautifully painted armies, I want to join the circus.
I started WHFB back in 2001 just when 5. edition ended and 6. started to become big.
My second army a few years into the game was the Empire. I could get my hands on some cheap starter boxes and started assembling. After a few games and a tournament, which was fun but nothing for me to repeat, I stored the Empire and came back to playing Orcs.

When KoW came up, I wanted my humans to become great again and started to repaint them. I asked a friend to 3d print me some bases, which he did. They were the first KoW army I finished and there were some more following, having caught the fever again, I am currently working on my 4th army for KoW.

I’m not much of a painter but I am very pleased with the overall look I could achieve. 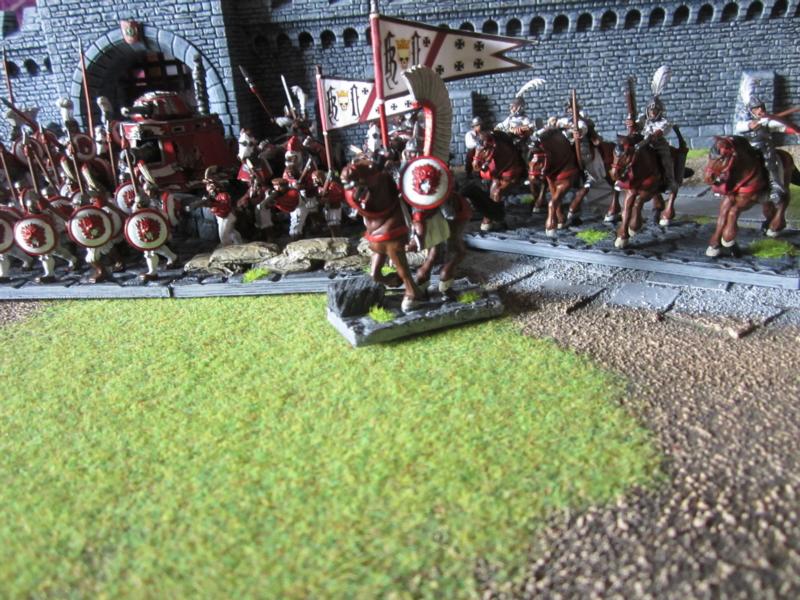 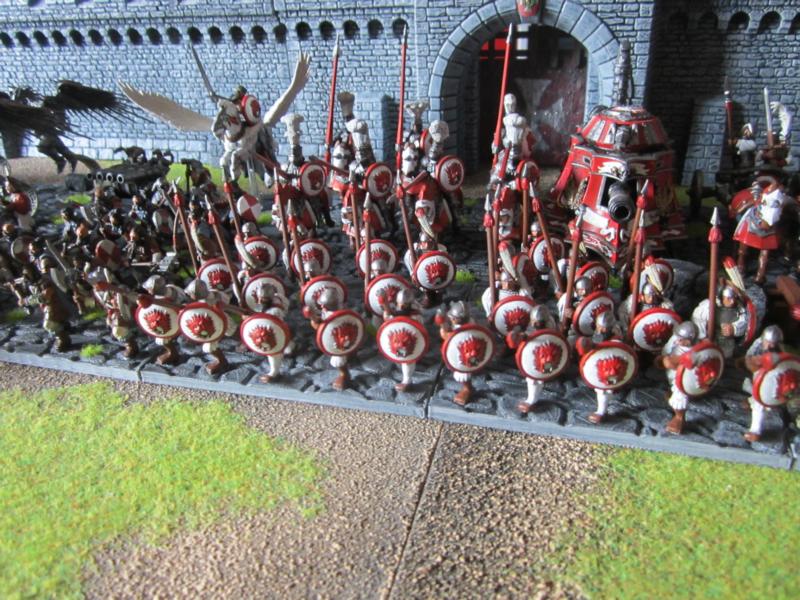 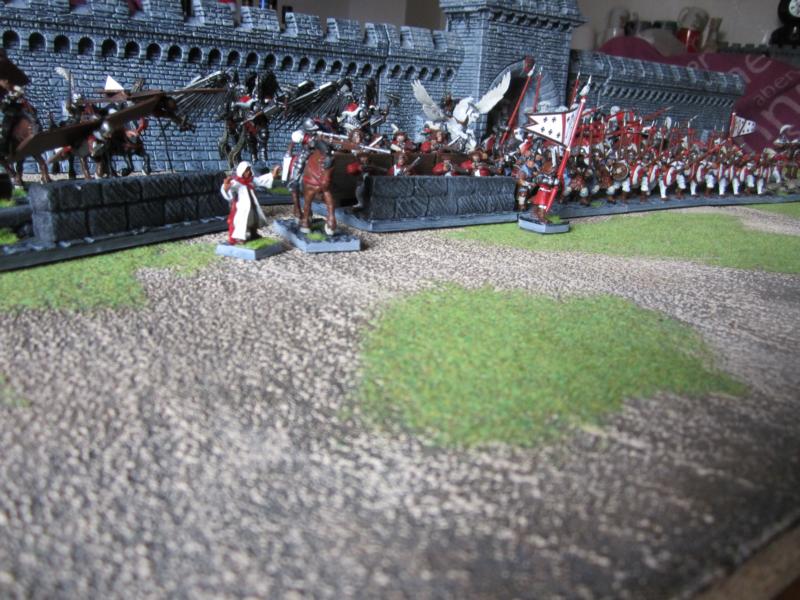 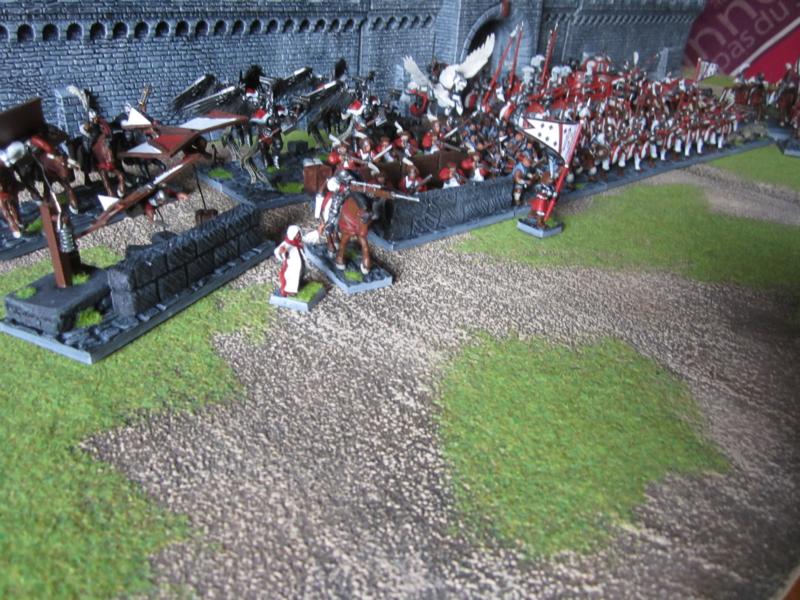 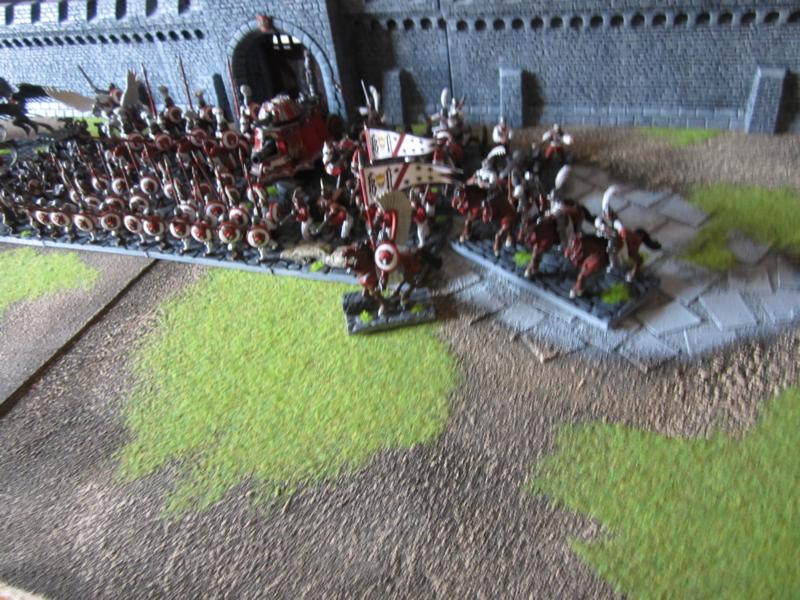 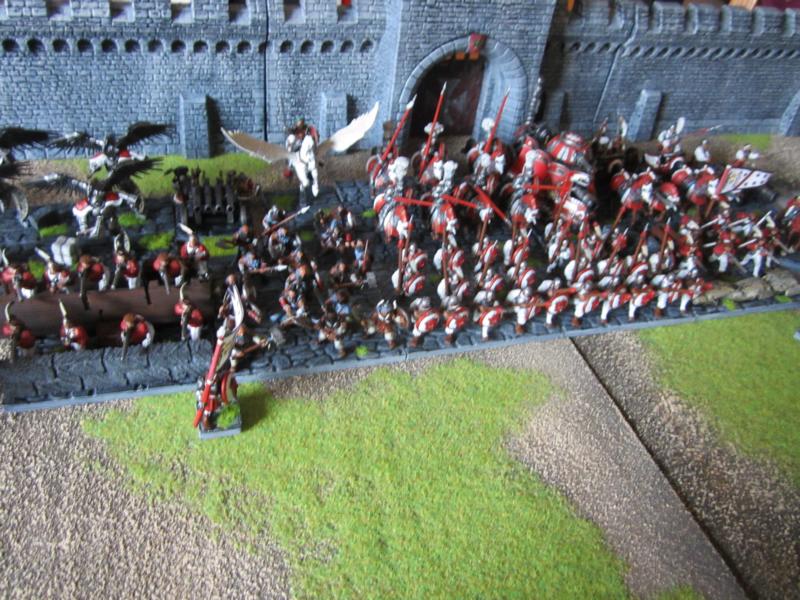 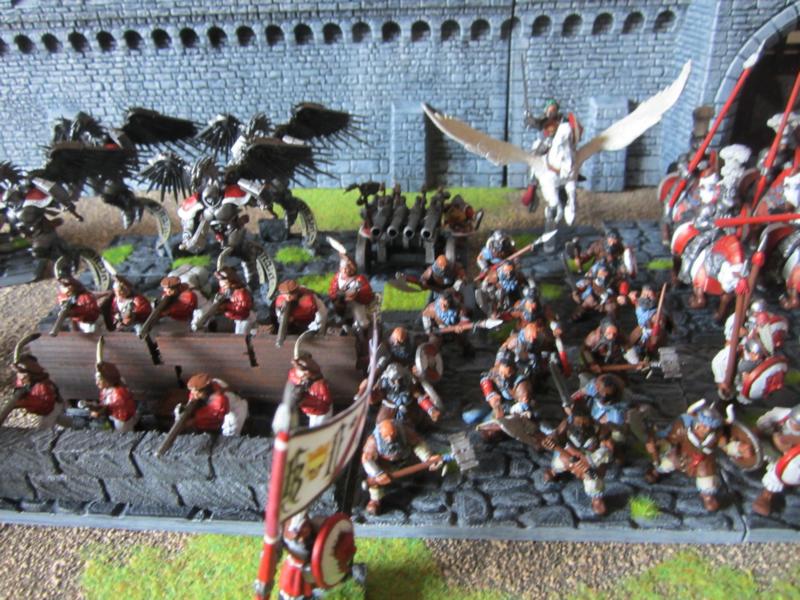 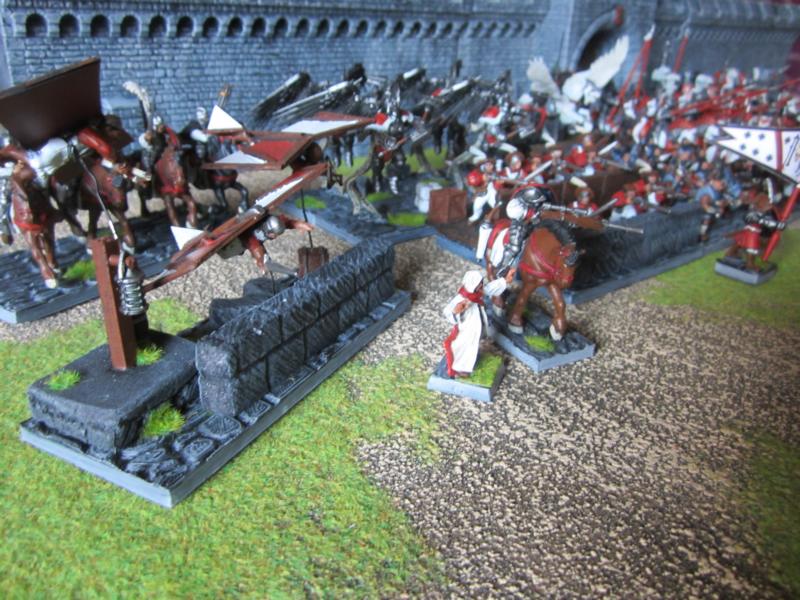 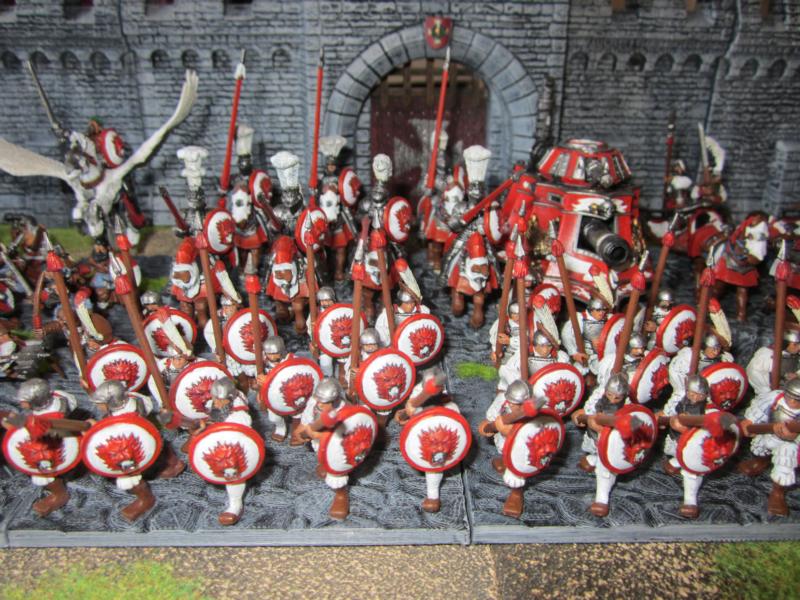 Very nice! I’ve never been a fan of the GW Empire miniatures, but I like the shields, paint scheme and overall look of the army a lot. Very thematic.

Really like the overall cohesive feel of the army.

Thank you guys. I highly appreciate your answers