This is my Twilight Kin army finally finished this weekend, just in time for a tournament

This was my first All-Mantic Project, enabled by a prize of a TK-army from a tournament in Madrid

It is first time using only one colour, but of different shades for most of the unit except weaponts/details. I like the result and I think I’ve caught most of the colours of twilight. I also wanted to make a heavy Abyssal theme, and have omitted all Nightstalker options as I find it reasonable that one crone can only tap into one realm.

Not the best pictures, so I’ll give some notes on the units as well.

Impalers, slight conversion using the left arm of crossbow kit to make the guys holding their spears with two hands.
Archers, Using standard elf bows as TK not use bows in the fluff
Archers modelled as Seaguard, so I can use this regiment as different units.
2x Abyssal Horsemen
Gargoyles
Assassin, modelled a hood on an elf head. combined emtpy hand with stand alone sword (that was cut in half to make a reverse held dagger)
Summoner Crone
Mikayel, made largely from Abyssal Horsemen Kit, with Elf-head, horns from ABH kit attached to helm. Sword blade is made from Basilean Spear Tip.

Allies
Forest shamblers, front row is actual shamblers, back row is flamebearers forcing my “allies” to fight.
Wiltfater (Wiltfater is much more Thematic than Treeherder in Twiligt kin yes? ) 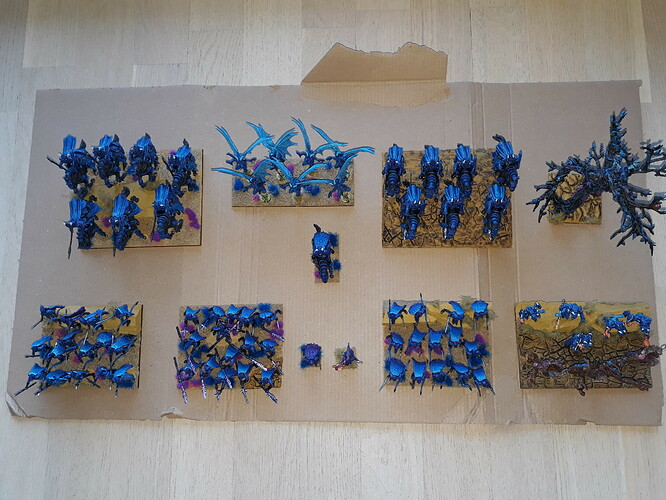 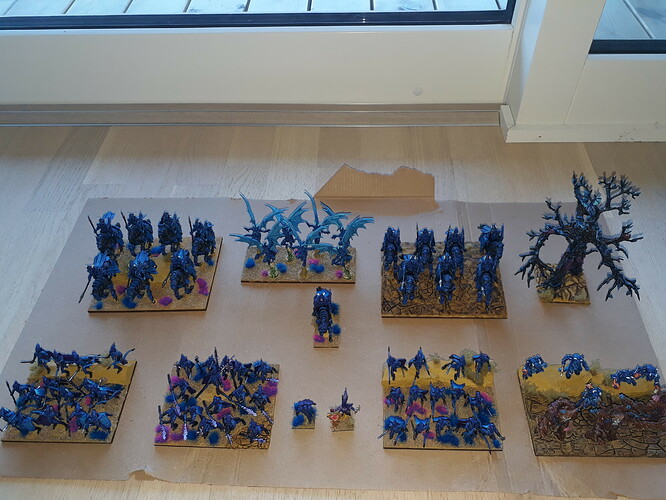 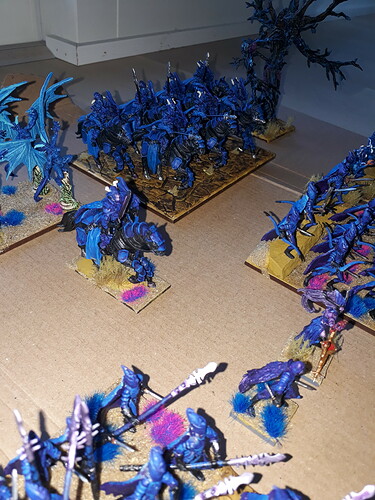 I forgot to tell you at the tournament, but this army looks great. I especially like the yellow/Brown bases against the blue models and purple tufts. Also, the conversion work with the crossbow-hands for holding spears are nifty and efficient.

They look great! The shades of blue really do make it look like they’re coming out of the twilight. Haunting