Has anyone given this a go? Enjoyed taking part in a large scale game the other week. 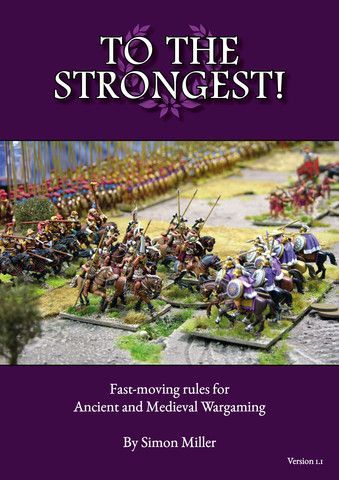 From the Introduction: The rules were originally written to address the author’s passion for refighting ancient battles from Classical Greece, through the period of Macedonian dominance of the Eastern Mediterranean to the rise and eventual fall of...

You could easily use a KoM army with the medieval army lists. Units occupy a square on the grid, so troops and regiments would be playable in the game.

I haven’t managed a game yet. Several members of the local club love it and play a couple of times a month.
I’ve watched a couple of games and bought the rules in preparation for a game

It seems very popular at clubs around here too.

The fact that you could use units with no conversion required is very appealing!

Edit: Just found https://ttsm2.co.uk/m2/ which adds fantasy rules to To the Strongest.

Monsters and Magic (M²) is a free fast play set of rules for Fantasy Battles. It uses Simon Miller’s To The Strongest! ancients rule set as a core. You must already have a copy of those rules to play.

We introduce here the rules for magic, monsters and characteristic to allow you reflect all the colour of the fantasy worlds in which we play. We do not change the core mechanics of TtS! we simply layer our changes over the top. 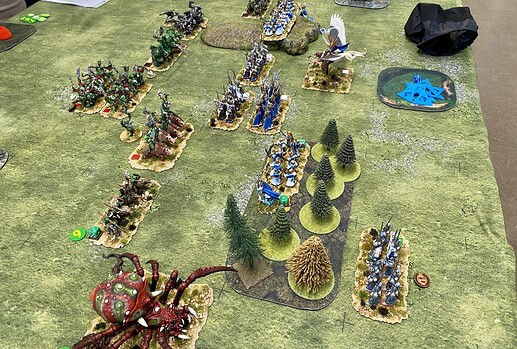 i do have the unofficial 3rd edition Historical KoW rules, which i guess is more army lists than rules, but i havent had a chance to try them out yet, but i have tried Hail Caesar rules, which i like as an alternative to KoW. A lot of my local gamers are into 6th edition Warhammer, but everytime i play it, I come up against armies that are not in the slightest bit balanced.
Generally, Kings of War is fairly balanced with each army getting some naff shooty units, some sort of Giant, something that can fly, a bit of chaff and some expensive elite heavy infantry type of units etc. and generally the rules make sense. I understand critics of the corkscrew like charges that can be pulled off, (i haven’t played with the new rules yet, so they might have fixed that) but i’m more than happy to embrace a club rule that stops that.

I’m thinking if I build a reasonably historical medieval KoM army, I’ll be able to use it in both games - have a crate of unused Perry WotR/Agincourt minis. Not looking to replace KoW but it would be easier to get a game of TtS!.

The fantasy version is interesting as it’s a game I have all the minis for so provides another option. I could put it down and the TtS! guys would be able to play. Historical KoW would be a hard sell - they’d want to play their established rule sets and I’d rather play fantasy. Not looking to play Warhammer - don’t have time for all the rules and have moved on from removing individuals in mass battle games.