I have officially started my new army project. Most of the models will be from Mantic’s Vanguard Kickstarter.

I will however make all the bases first. Hopefully I manage to do something slightly original. 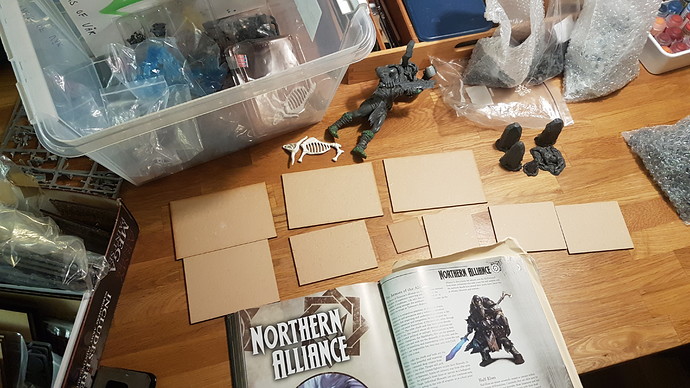 Already liking what I can see of the bits and the giant.