Anyone remember their first game of Kings of War?

Mine was back in 2010 with the free rules against an old friend, AKI. He has a great blog, and did a post on it. 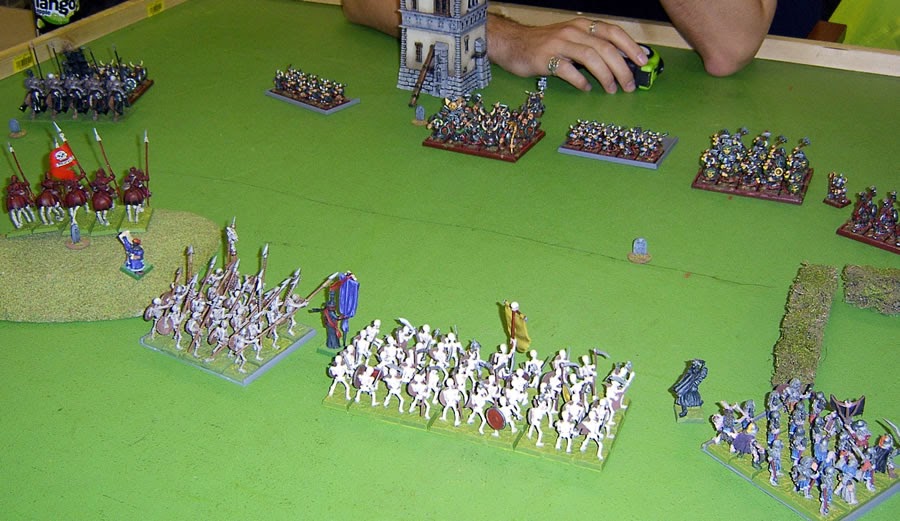 Having got hold of the Kings of War rules a few weeks ago (see earlier post ) myself and Ross got together to give them a try. My undead a...

Been hooked on the system ever since.

Always nice to be able to revisit old games and see how much a system has matured over the years.

My first game was with the free rules prior to 1st ed, it was with my mate Dougie, both of us where long time WFB players but getting fed up with the win through money and hero hammer. So my elves got wheeled out against his dwarfs and the rest, as they say, is history.

Here is what I wrote at the time on my blog. 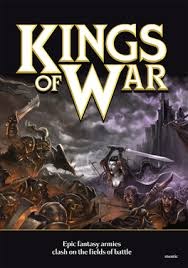 Kings of War - a quick review

Angles and moves do need careful planning, as with poor initiative you could be caught out badly by being assaulted without the ability to fight back. This does however mean sacrificial units could be used to good effect to lure enemies into a trap.

The game was certainly quick, bloody, and simple so meeting our needs of a 2-3 hour game we can play on an occasional basis without needing to learn complex rules. With angles and distances so critical for charging I can see competitive play being contentious affairs with lost of laser-based aids being popular. Not an issue for friendly games though. 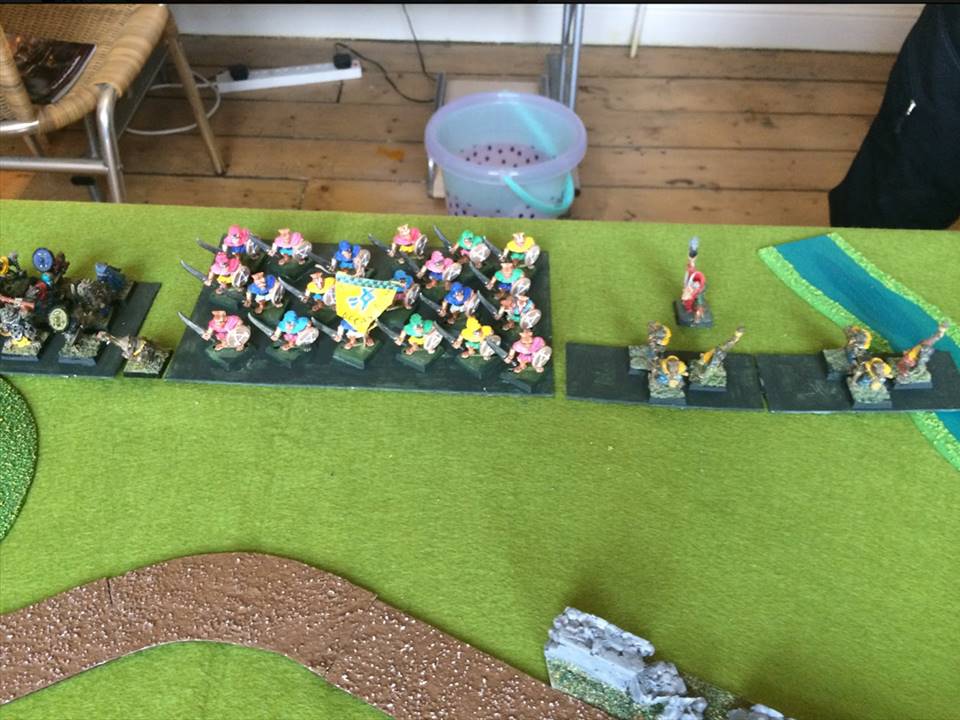 Also first played with free rules that came in boxes, I think that was 2010 edition.

I also documented my first game.

Fun to look back.

Link to batrep on the old norwegian forum

Great topic! I have just realised it has been almost 5 years since I played my first game! I still remember I enjoyed the experience but I was not yet sure what to make out of this

Here is the link to the battle report (of course!): 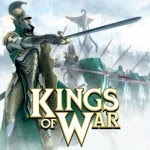 Greetings! After a lot of thinking, reading and observing I have finally had a chance to play my first game on KoW. I had a pleasure to p...

How things have changed!

My first KOW game … I’ll hopefully have that soon!

My first game… I had gotten my rulebook and chips for 2nd edition, got psyched to test it out. l asked a friend if he wanted to try… He said yes. I thought i will test it out before so i am safe with the rules… Had set up 2 armies to play against myself to learn the ropes… My girlfriend comes in and asks if that’s now finally the game i always read about and always mention. I say yes. She says allright, which side do i play and which one will you play? I am flabbergasted, we start to play and she knows the rules after the second turn and i only have to look up things twice.
That’s when i fell in love with the game. So simple yet so elegant, fun and tactical. And not only fell in love with the game but thought that that woman is marriage material.
Well… Didn’t work out with the woman but i am still in love with the game.

What armies did you play?

i needed to think hard about this… i think it were my Undead vs. my Kingdom of Men! She won BTW. (She made a few risky moves which I told her she shouldnt do, she didnt care about the risk and then got lucky on those few rolls. but it was still a deserved victory as it was ballsy, plus I remember I made mistakes with the artefacts in favor of the Kingdom of Men that she played)

I remember mine. A mate (who I met a few years ago through my wife and didn’t know back in the day) asked me if I ever played Warhammer Fantasy. He said he never had, but wanted to give him a go. I said sure, I used to play a bit, but not much as it took so damn long. So we agreed that I’d put together some small demo armies and play in a few days time.

Figured I’d have a look into what edition Fantasy was on, as my books would have been several years old by then. Did some googling. What’s this “Age of Sigmar” branding about? Something about a new edition? Na, everything is on round bases, a spin off maybe?

What’s happening!? Fantasy space marines with hammers… rules where you get a bonus if you have a moustache… NO PTS COSTS FOR ANYTHING!!!

Hit up reddit to find out what’s going on. Turns out GW had killed my precious Old World and replaced it with this nonsense. But some commentators were saying they were moving to Kings of War, which was in 2nd edition at the time. Figured I’d download the free rules (that’s cool…) and give it a go.

Dug out my old Battle of Skulls Pass models and pointed up some armies, maybe 600-700 pts per side. My mate arrived and I said “look, these are rules to a mass battle game that is new to both of us, it’ll probably suck initially but we’ll get used to it”. We flipped, and he went Dwarfs while I stuck with Goblins.

It did not suck, it was great. We played a few demo games, introducing new units/terrain/scenarios/magic etc. as we went. I won some, he won some. It was a blast, never went back.

Mine was last Thursday! Played that “other game” about 17 years ago. Randy posted some photos on the FB page.
Will be breaking out my old Dark Elves for Twilight Kin.
Looking forward to more games.

Well the Old World had just blown up, my empire army was homeless and in the group there were discussion over what to try - fan led 9th, revert to earlier version, keep doing what we were doing.

Mate said try KoW. Lost to his orcs … so no real difference (and have lost pretty much every time against them since).

Liked the unit based idea for gameplay and that units, not heroes & magic generally were key; charges were (and still are!) something I haven’t quite got head around; multibasing is a godsend and gave me so much of a kick modeling/painting side of thing.

Mate is now on the RC and was heavily involved in writing v3, I’ve now got 8 armies!

Just had mine, the starting box of Orcs from 1st edition KoW vs. my LotR SbG high elves on movement trays. My best friend took the elves and she absolutely wrecked my orcs. I conceded on turn 5 with just my war drum and heavily damaged krudger left against a King, a regiment of kindred archers, and a troop of forest guard. It was great fun, and got my friend interested, so I count it a victory.

But it was on the old mantic forums

My first game with KoW arrived at a good time. I had become disillusioned with the other system even before the End Times and started selling off my armies. Age of Silliness did nothing for me. As a last resort, I tried a KoW game with The Fox using pre-2nd edition rules. We clearly got the wrong end of the stick over some of the rules - as an example we had somehow formed the impression that artillery weapons hit automatically and you just rolled for the number of hits and damage then caused.

However, that was the spark that lit the fuse of inspiration and led to us eventually embracing the system.

Less?!? Alcohol consumption is waaaaay up around here.

My very first game was way back in 2015 right before 2e dropped. It definitely involved beer & scotch, and some janky lists that reeeeeeally stretched out a limited miniature collection with multi-basing, and that was a huge plus for me. The time between “I want to try this game” and “I’m now playing this game” was really short.

KoM vs Lizardmen, and I got murderlized. IIRC, lots of mistakes were made, and most of the depth was lost on us, but fun was had.