agree the nightstalkers may not come so early. This is the fleet I have the least arguments for among those included in my list.

As a night-stalker player, I agree. It’s entirely acceptable and understandable if night-stalkers simply don’t have a place.

It could be cool though. There are many monsters and legends at sea. The terror was a kraken like thing, surely something like that was actually a night-stalker thing giving the kraken a bad wrap? Something like sirens that draw ships into terrain? Groups of soulflayers that fly around; are hard to hit, board ships easily, but can’t take much damage.
Getting a game established before adding the faction of weirdness is probably best though.

Yeah, having actual fleets for Nightstalkers ,Trident Realms, FoN & FoA seem a little hard to fit in the rule set as things stand (from what we’ve seen).

Black Seas had a set of sea monsters which would fit better for these armies. They had rules but don’t know if more like random encounters than an opposing force?

ey would go for Nightstalkers, armies manifesting is one thing but a navy may be a bit off. Of course it also makes sense that all the armies are catered for so as to not upset players, but we’ll wait and see.

I would think your list is right, but drop the Nightstalkers and replace it with maybe Ratkin or Abyssal Dwarfs as an evil fleet, Ratkin are getting a full army next year so I think it may be higher up the list.

They actually do list the “Kraken” under the “Armada” Tab in the Mantic shop … maybe something like that is planned.

all the way at the bottom:

The game of epic naval warfare.

like the vanguard scenario Capture the Giant, there is an armada scenario similar about the Kraken using the full sized one rawr

I wonder if there is scope in the game to recreate the giant with a boat for a hat out of Time Bandits?

Use the mantic giant, cut at the lower torso, put a big Orc/Goblin boat on its head.

Have that as the objective in the kraken capture mission? 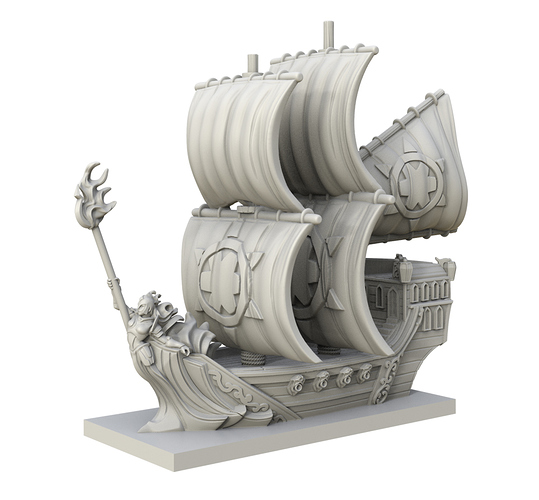 Ahoy there, land lubbers! We’re sailing back into view with another of our Armada rules...

Another Armada article on the Mantic blog: 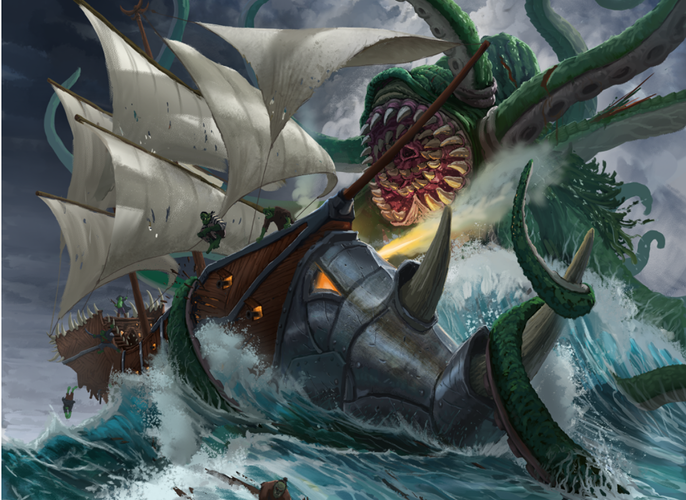 Welcome to the latest in our series of rules blogs for Armada – the game...

Ive seen some sample ship cards.
What does " SP " stand for?
Im guessing…
M for movement.
NV for Nerve.
CS for Crew strength.

What is SP used for?

think of it as a combination of crew and the damage the hull can take. In Black Seas damage can be repaired during a turn so it’s not always a falling number, don’t know if that’s been carried over from it though

Thank you for the reply. Appreciated! Am I correct on the other abbreviations?
Im looking forward to this game. Looks pretty good.

yes, the CS is used in boarding actions, when the SP reaches your Nv that’s when you have to test to see if they abandon ship

Thanks for the info.

To celebrate Trafalgar day, Warlord have a deal on some of their Black Seas fleets (which will get rules as KoM). 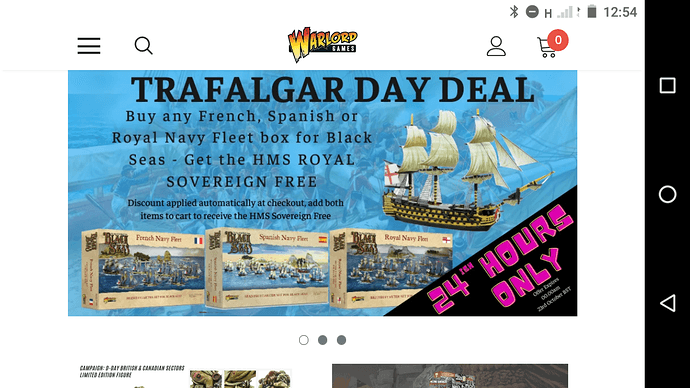 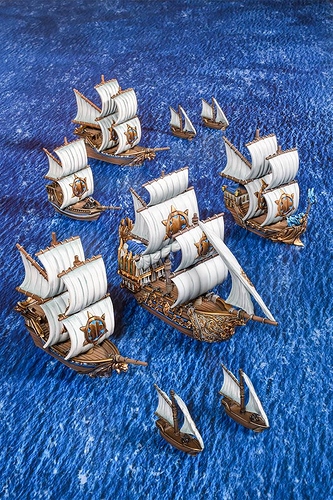 Ahoy there! Get a first look at the completed painted fleets for Armada!

The EoD look rather stunning