Posting this particular army development as a result of this:
https://www.facebook.com/groups/KOWSlowGrow2020/

It has had lots of take up for v3, from existing players adding stuff or doing another army to brand new players having been enticed by the new shiny box and rules.

For this I doing some new bits, plus re-doing some of the old stuff I’d quickly rebased after the death of whf.

Got to like the basing I came up with for an abyssal army and it still fits the city guard style look I’ve got going with this particular chunk of my KoM.

Will have a proper read through the background and will find a named home for this lot in due course.

Starting with some rebased units, as it gets a theme/style going and reason to do stuff with the next 80 grey plastic models! 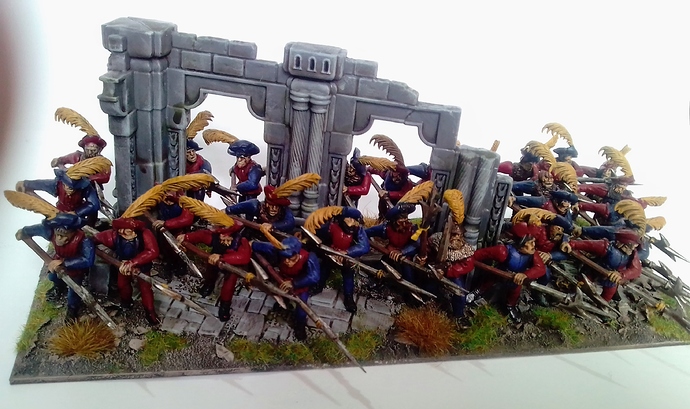 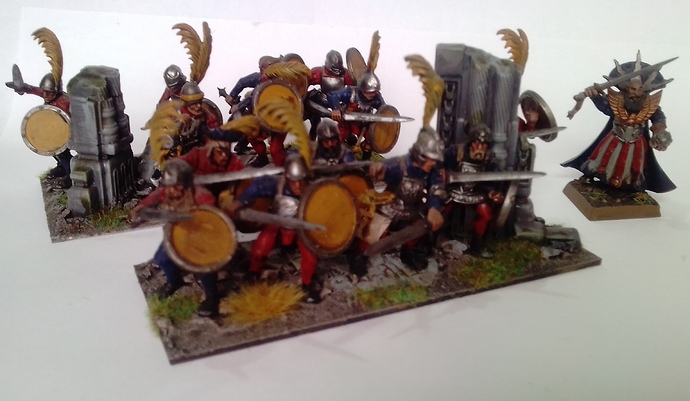 where are those ruins from?

They are good value for GW and you get plenty in the box. Limited numbers of corner pieces but you can fairly easily plug-up the gaps

Next rebased lot - old school marksmen and some foundry extras with the beer!

Just started painting up a pike horde and some of the clip together sigmarite stuff from gw’s new magazine will be added as an ogre palace guard unit. 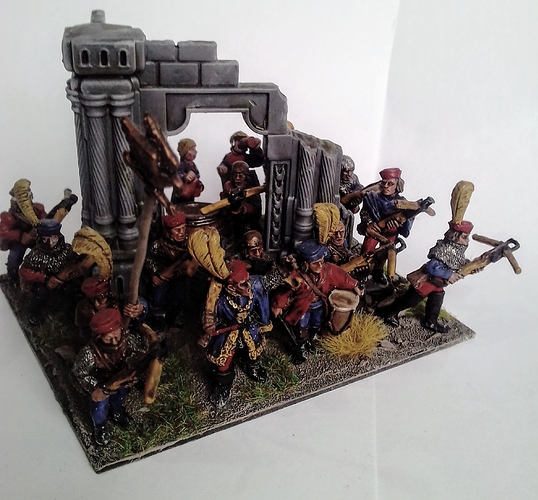 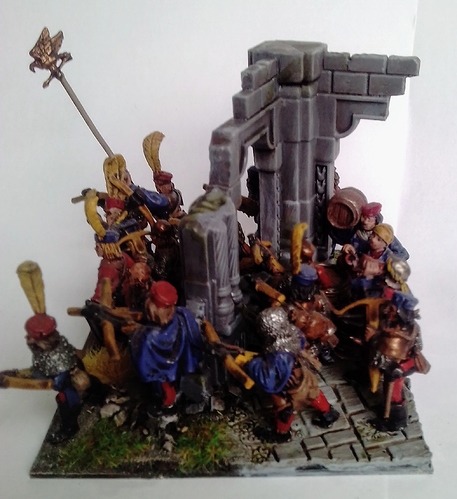 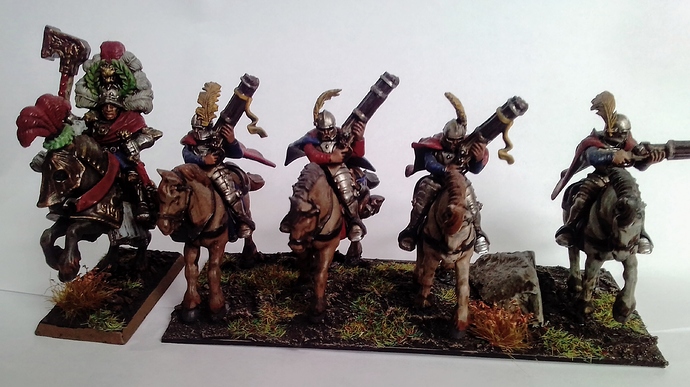 Knights and a variety of war machines done. 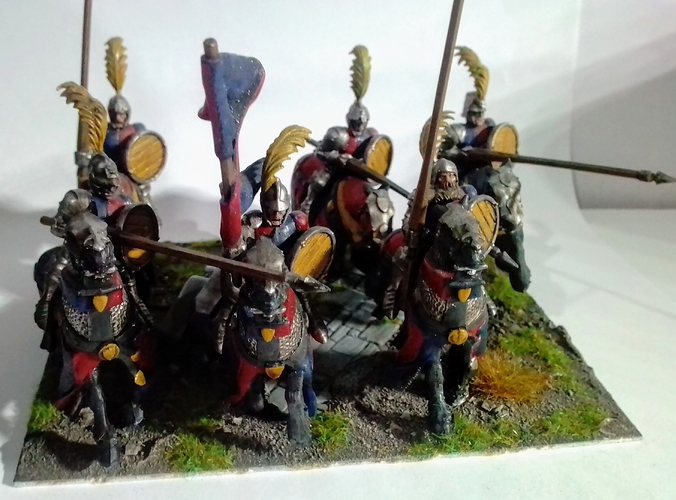 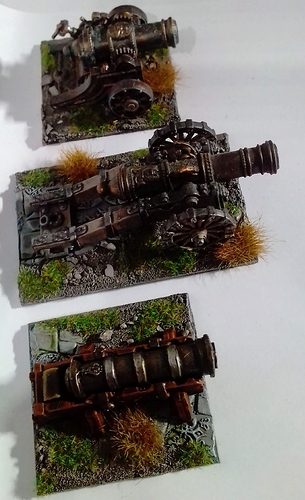 Work in progress stuff only - as got sidetracked by work and the pub.

I’d picked up a bunch of the old basilean m@a sprues when they were on sale. Really didn’t like the arms/shields but some Fireforge bits seem to work as archers.

An expensive giant model (not) and out of production gw/fw characters round things off.

A warlord landsknecht pike horde, a couple of perry foot knight regiments and a peg rider will round things off 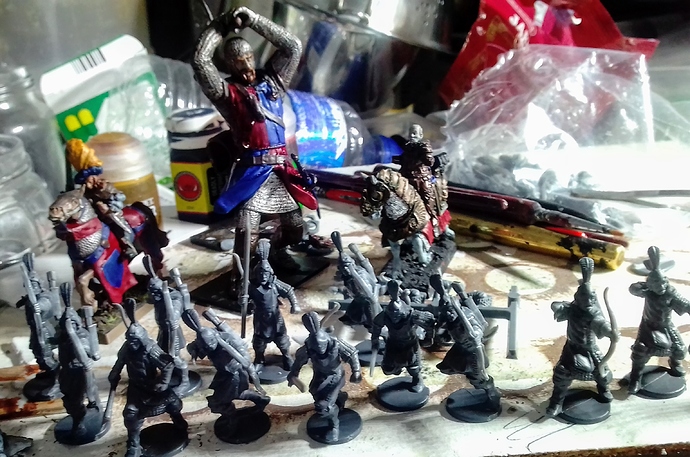 Giant finished along with some random characters 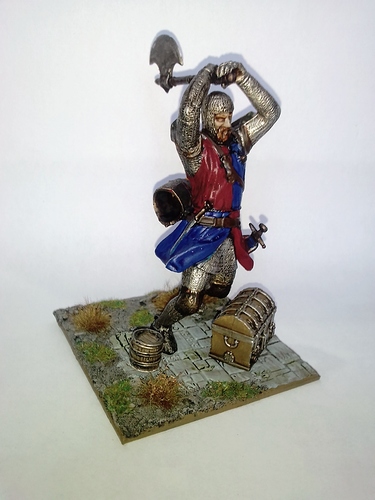 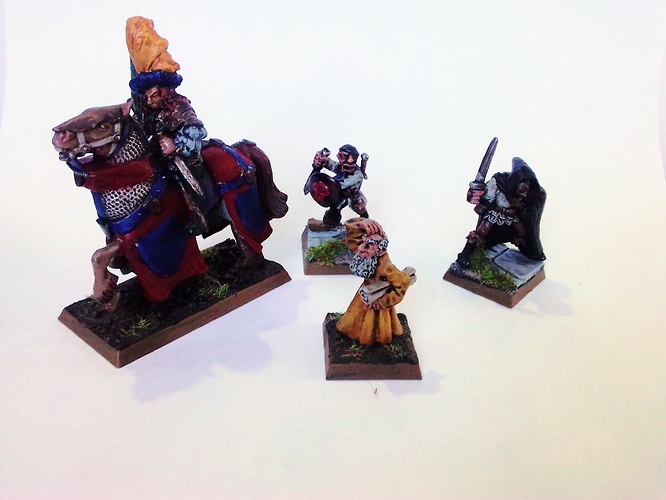 Where is the giant from - is he an old plastic toy repainted?