My original barbarian style Varangur army ended up being converted into an NA one, with various new units added. 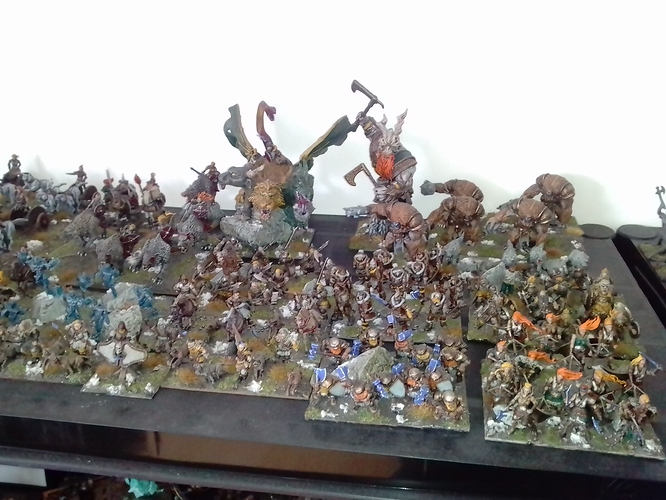 Fancied doing a new Varangur army from the ground up, with a Dark Age theme (currently on book 10 of Bernard Cornwell’s Lost Kingdom series, which has kept me occupied and, no doubt, provided inspiration!).

I had some warlord Gauls kicking around, which together with mantic zombies will be the draugr. Gripping beast vikings will be the clansmen and their Goth cavalry as mounted sons.

Victrix Gallic fanatics are the reavers, while the Viking/Saxon models will be huscarls. Looking at using the same models, with gsw flaming skulls and a different paint job as fallen.

Trolls have come from dark alliance and the frostfang will probably be Celtic chariots (with the hero versions riding beasts of some description).

Will start building stuff and figure out a list in due course!

The painted picture is hard to make out as its out of focus. Could you try again?

Right, having painted an abyssals army in about 3 months (not used any of it yet on the table!) now looking at doing some northern alliance stuff. A lot of my Varangur was barbarian themed, as was some of the Kingdoms of Men stuff I had, so hopefully have a decent chunk of stuff that can be used. Getting the starter set so will have 40 clansmen and some trolls, picked a vanguard starter as a Clash freebie (and a giant!) plus some leftovers of another will give some mantic involvement. Frostgr… 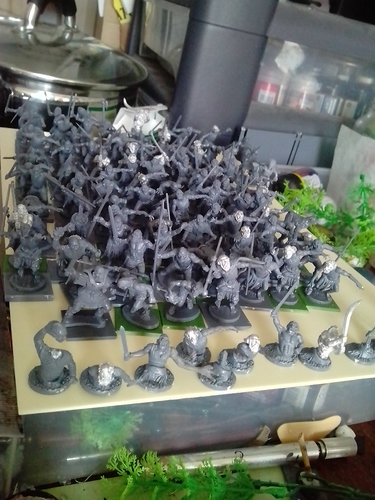 WiP basing for the draugr 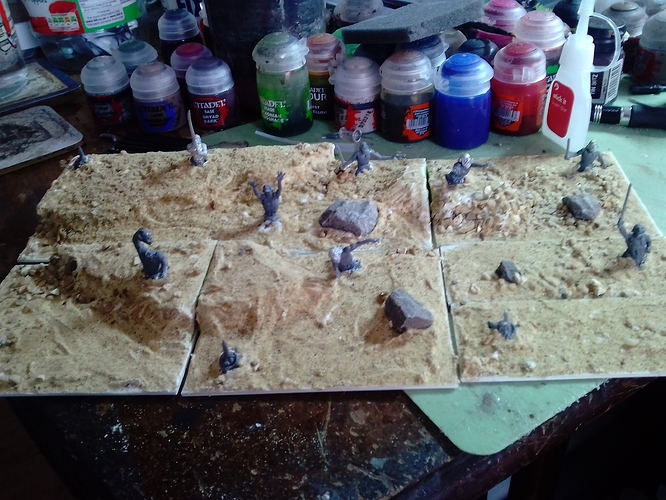 Slowly building the rest of the infantry - reavers at the back (awaiting heads), night raiders (middle) & clansmen at the front. 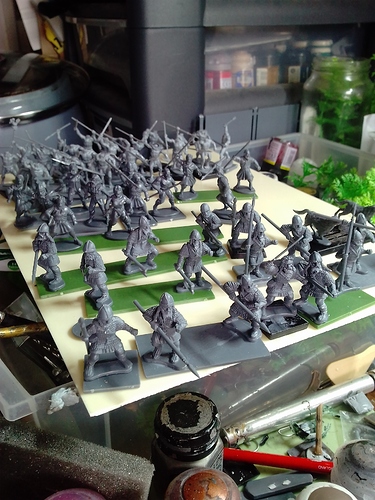 Slowly starting to paint the draugr 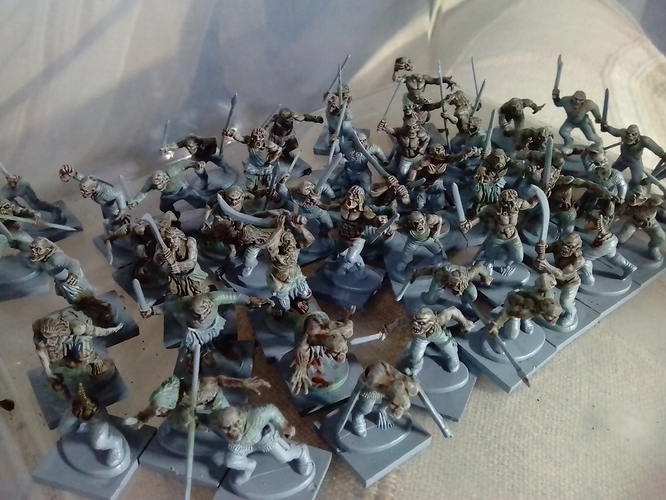 This is such a cool theme, I might have to steal it for my own Varangur when I get round to them to differentiate them from my Northern Alliance. 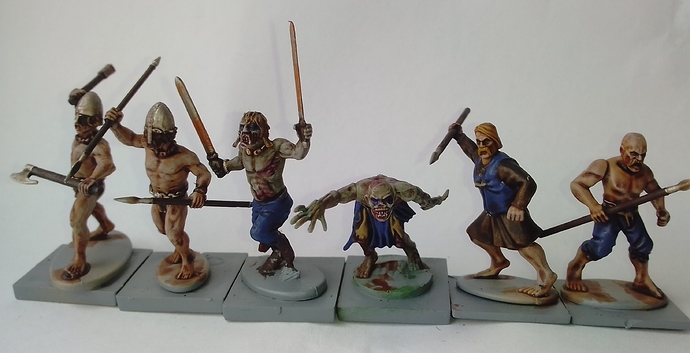 Slowly getting there with the draugr. 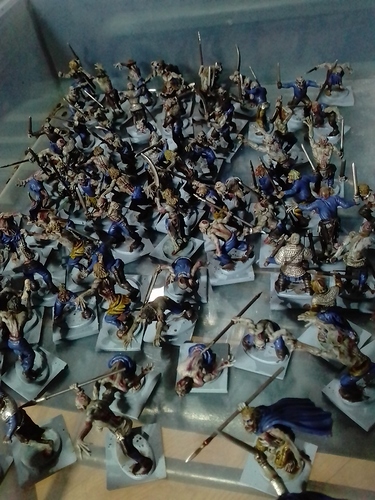 Variant frostfang - TT Combat models. Not the biggest, but 6 for £20 are still decent. 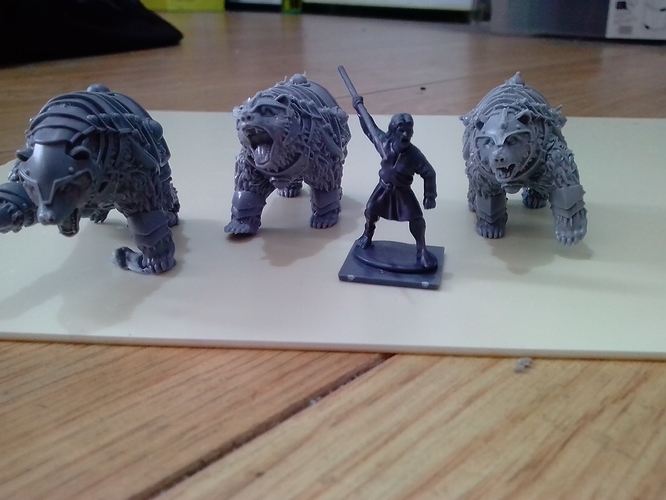 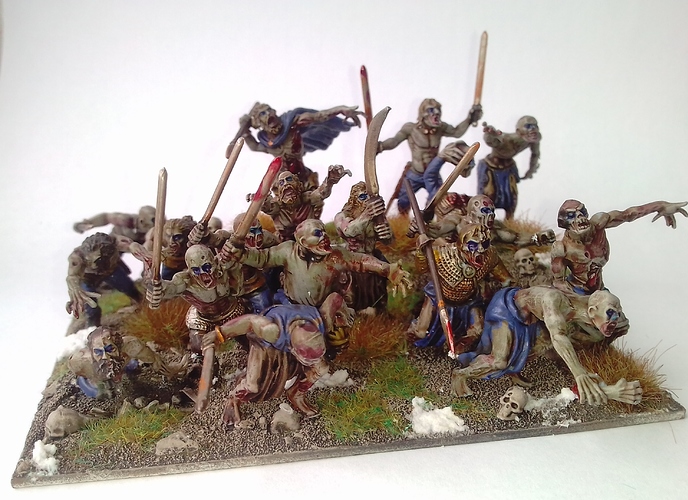 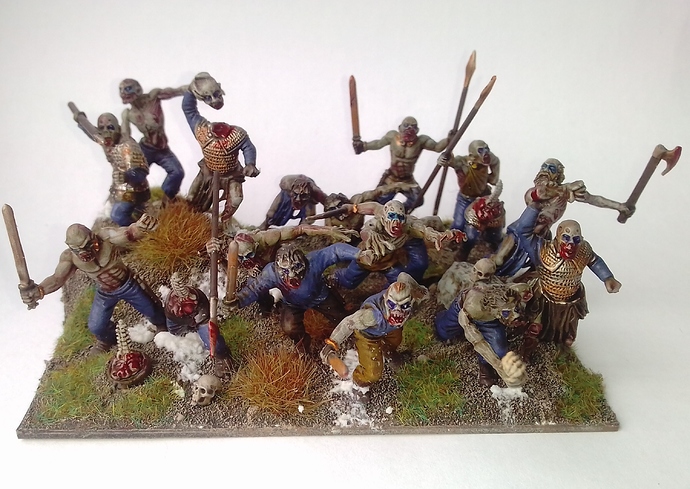 Nice stuff, are the frost fang bears going to have riders or just be Savage in their own right?

Will possibly look at adding a rider on a couple, but otherwise will be having berserker types on foot along with the bears.

Those look great, one of my friends plays Varangur as well and has been trying to think on how to make the Draugrs ‘not look like standard zombies’ and i think this style might be right up his alley.

Rest of the draugr finished 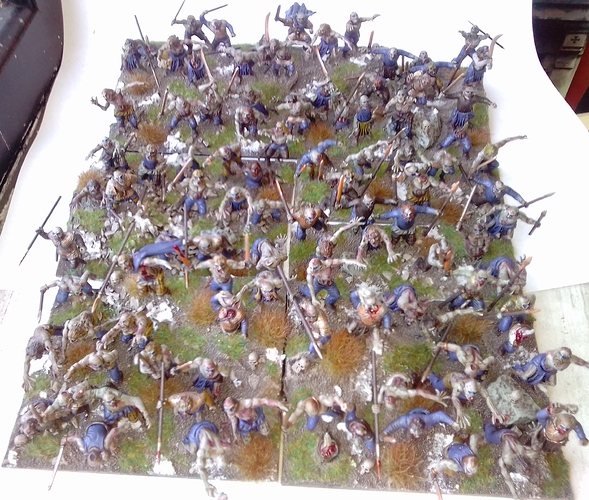 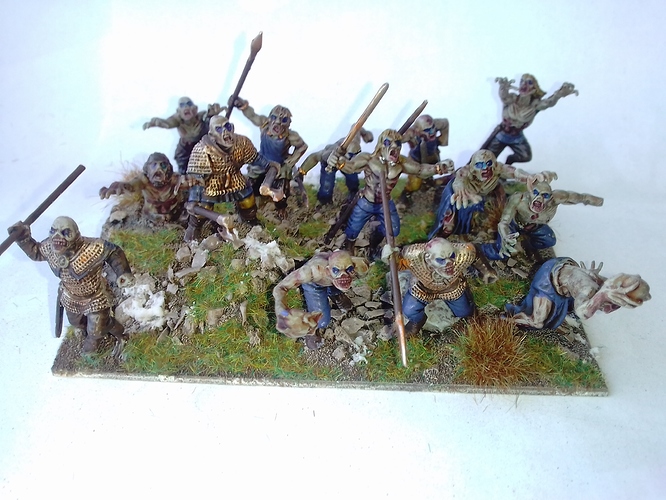 Great work on the shambling mass of them

I appreciate how disordered the units are, as you’d expect!

Less model heavy than the draugr (!) here are a couple of regiments of snow foxes. 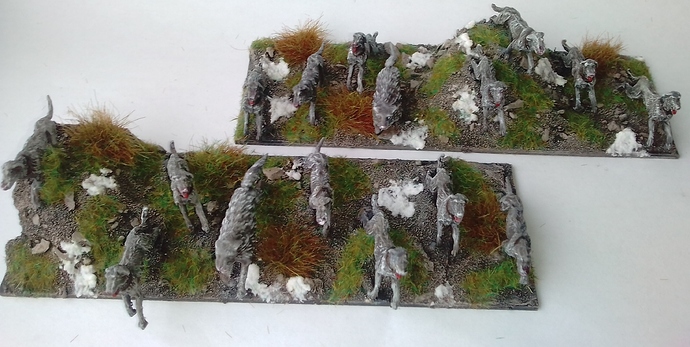 Next up - some reavers 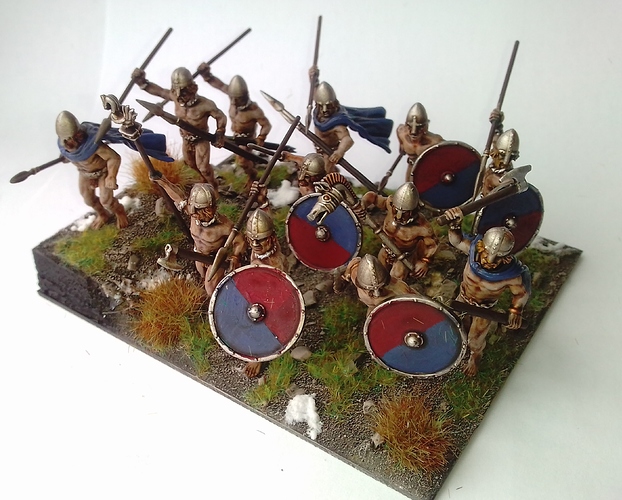 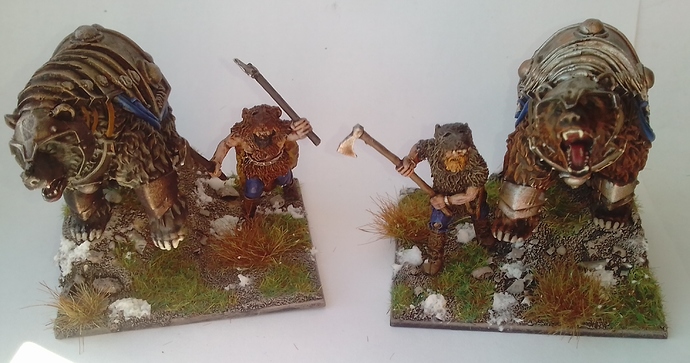 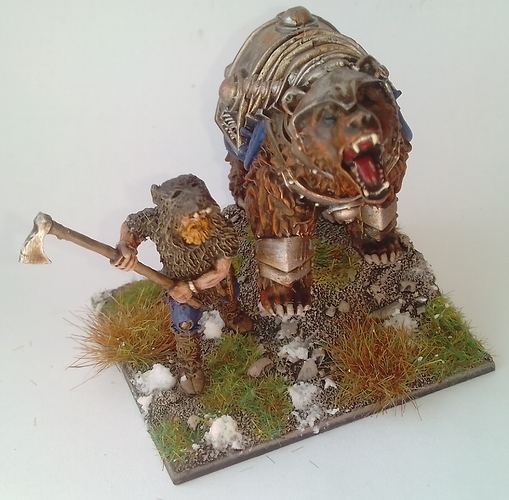 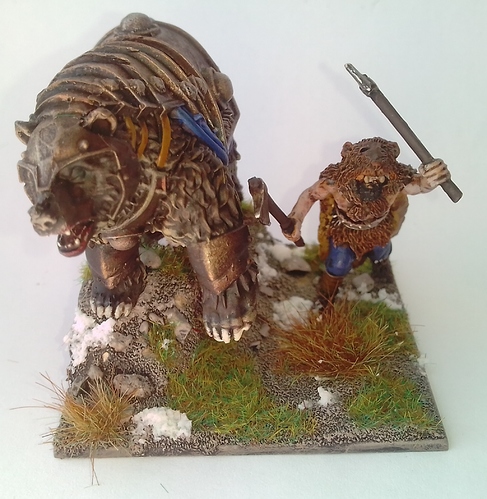