With the news of new halfling models and a brand new list on the horizon, what kinds of things do you think we’ll see? Will halflings be just Goblins with different stuff?

It’s reasonable to assume that the League of Infamy stuff will make its way into the list as well.

Honestly I’d love to see the giant as an option for them because such a huge model next to halflings would be hilarious.

i would assume that the units will be similar to what we have already seen.

I would really like a nod to The Shire in Middle Earth. It is where many of us became fond of hobbits and even adventure.
Doesn’t have to be a huge theme, just an easter egg. Like a wizard with a “disturber” keyword or and assassin type character called a burglar.

Now that I think about it, Forest Shamblers and the Tree Herder might fit, if a bit expected.

I don’t think they’ll add anything new to the list we had for 2nd, potentially rename some of the heroes to take advantage of the LoI minis but that’s about it .

I would love to see giant bunny cav. but only because I’m using those for my LoR Honour Guard.

I’d be afraid of nothing new because then they’re basically just Goblins without the trolls and cool toys.

well they had the iron behemoth, scouts, two flavours of cav and three infantry.

throw in characters and war machines and what else do they need.

I’d be afraid of nothing new because then they’re basically just Goblins without the trolls and cool toys.

Or squishy Kingdom of Men.

actually I just checked and the mortar and volley gun were both halfling crewed. They had it all those sexy little folk, I should dig out my halflings

There doesn’t seem to be enough to work with in the concept for a whole army, especially when you take Dwarves, Goblins and KoM into account.

What’s their unique aspect going to be?

I just reckon Halflings would be best left for a few characterful uints, not an entire army.

I think an entirely stealthy army of halflings is a lot of fun, it’s why I’m already sitting on 5K of them.
If they just reprint the old list I’d be happy enough if they want to expand on it ( and with the addition of rifles it looks like they have) then I’ll be happier still.

I forgot about Stealthy. That’s huge.

Including them in another list with enough options to go Halfling only was, IMO, the best spot for them.

I think they’ll be a bit of a Marmite faction - some people liking the more ragtag/humorous flavour but many turned off by it.

that’s fine, there are plenty of marmite factions already out there.

But you have to look at this from Mantic’s point of view, they get to move the story on and build the lore further while at the same time differentiating them further from Warhammer.

It was the main reason Ronnie gave for staying clear of a standard KoM range, there is nothing to separate them from what has come before.
I imagine Halflings will have as many fans as ratkin when you get down to it, as a range/army that Mantic can theme for themselves while give an idea of what humans could be down the line if they expand from them into a League of Rhordia range.

I’m more into the stout, loyal, more Hobbit-esque halflings rather than Halfling hot-pots and saucepan helmets! 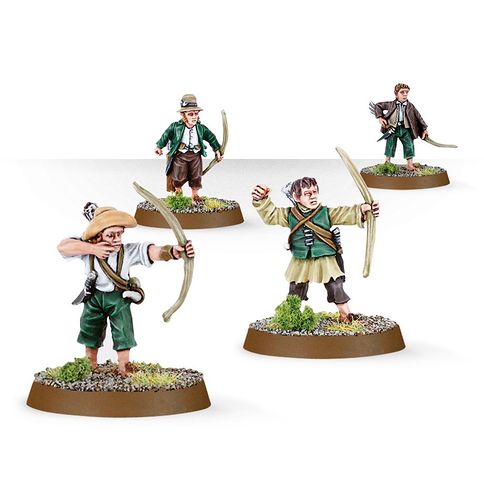 so am I that’s why I ran a pure halfling army in 2nd edition, they were a regular fighting force with the only wacky thing coming from an engineer copying a dwarf tank, and nothing I’ve seen so far changes that vibe.

I’d rather own the original Nagash than this! Representing the worst of the Halfling concept: 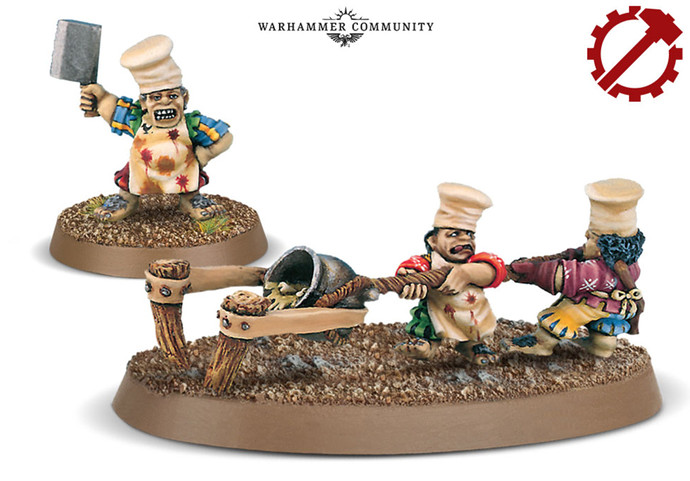 yeah that’s GW and not what Mantic is releasing, so in that respect I’m with you I don’t want recasts of a 1980s GW figure

I really want to know what the hammer units are going to be. If the halfling cavalry is similar to what’s in Rhordia, they’re not taking out any high defense anything.

I’m pretty sure Matt and Rob mentioned that the Iron Beast from LoI would be coming back so he’s a stompy fellow, but with the dog cav I wonder if we may see them getting winged aralez for some punchy halfling winged cav